Merc’s new 604bhp saloon revealed, and it uses 4WD and RWD at the same time 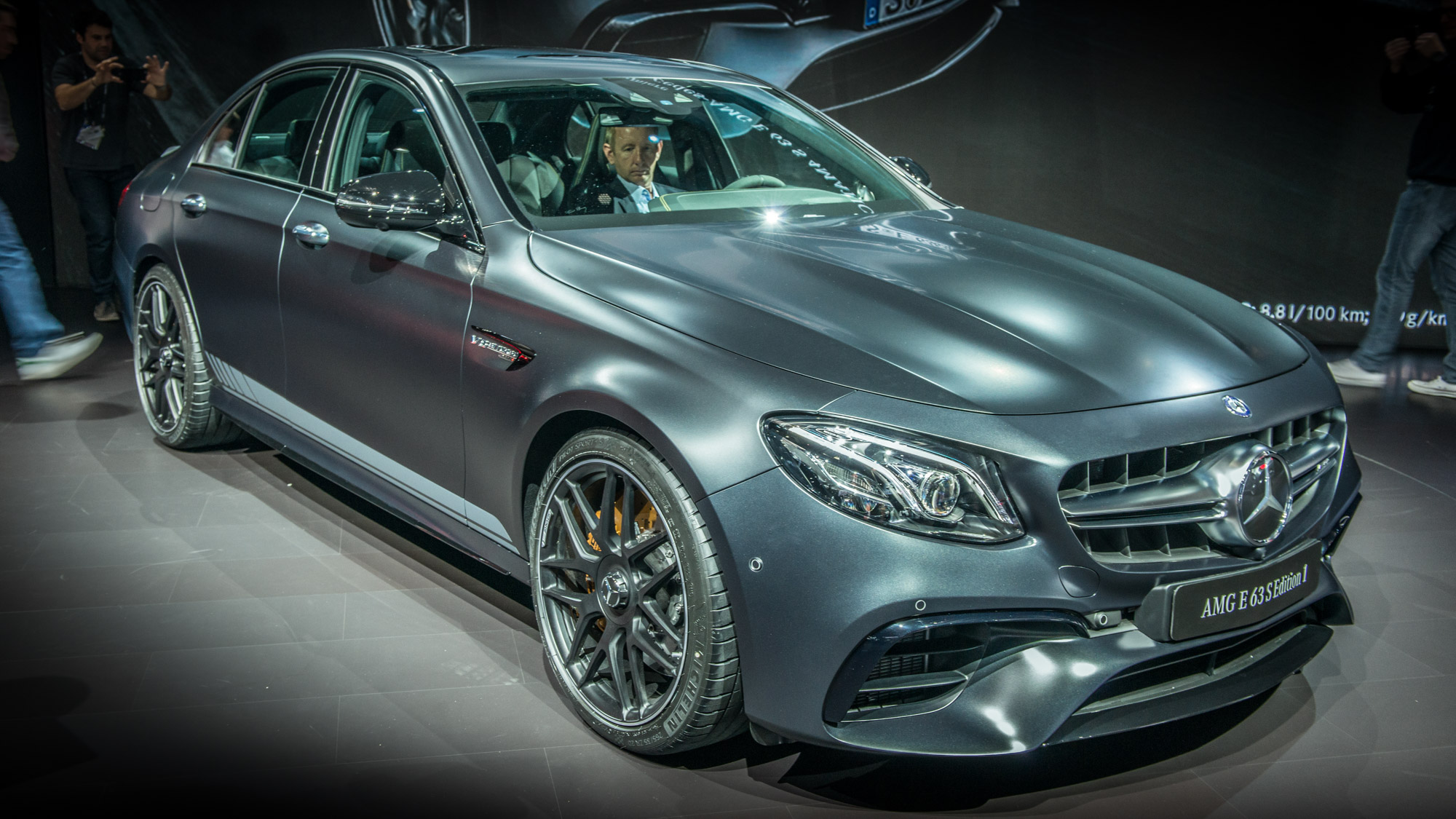 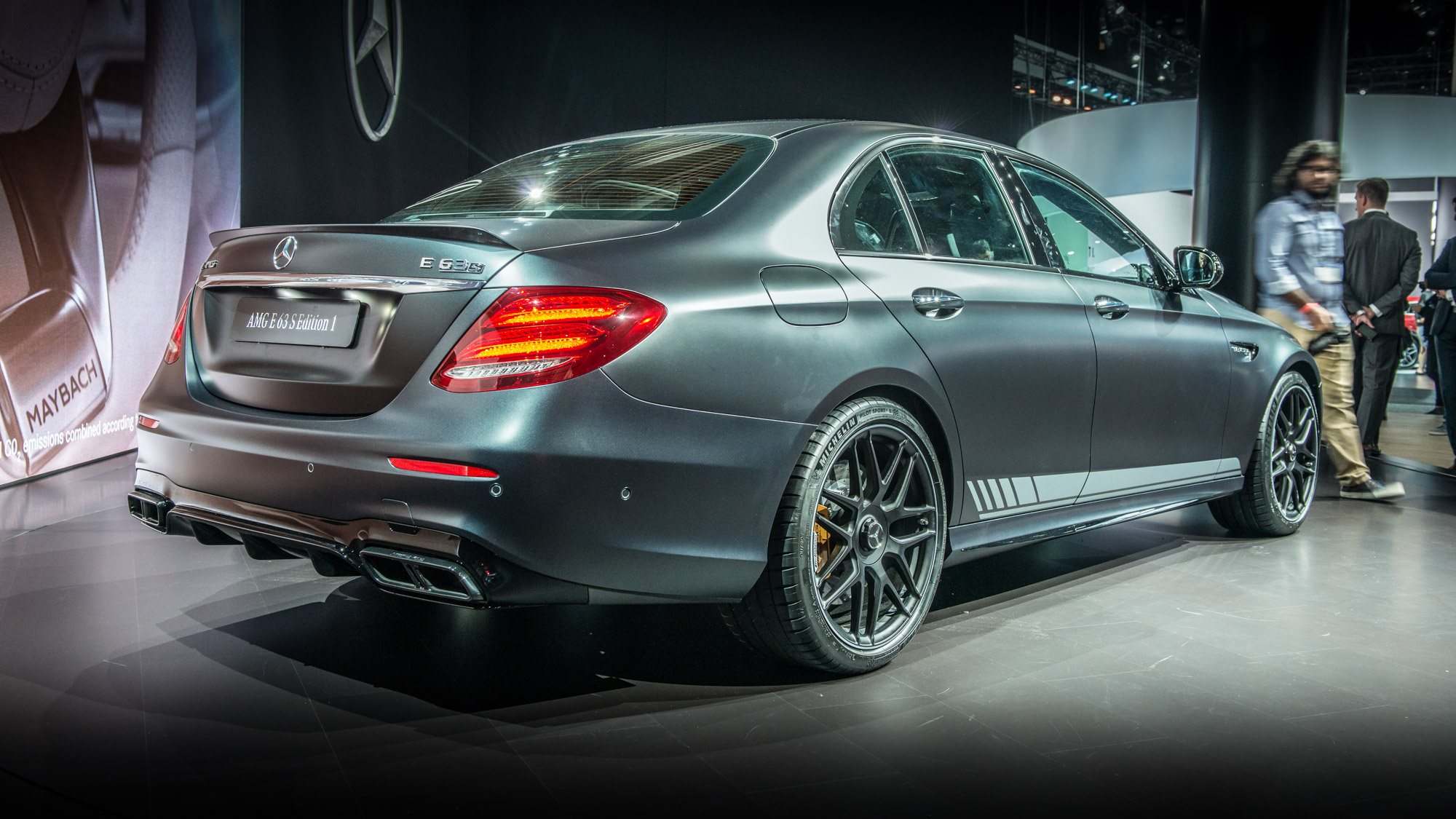 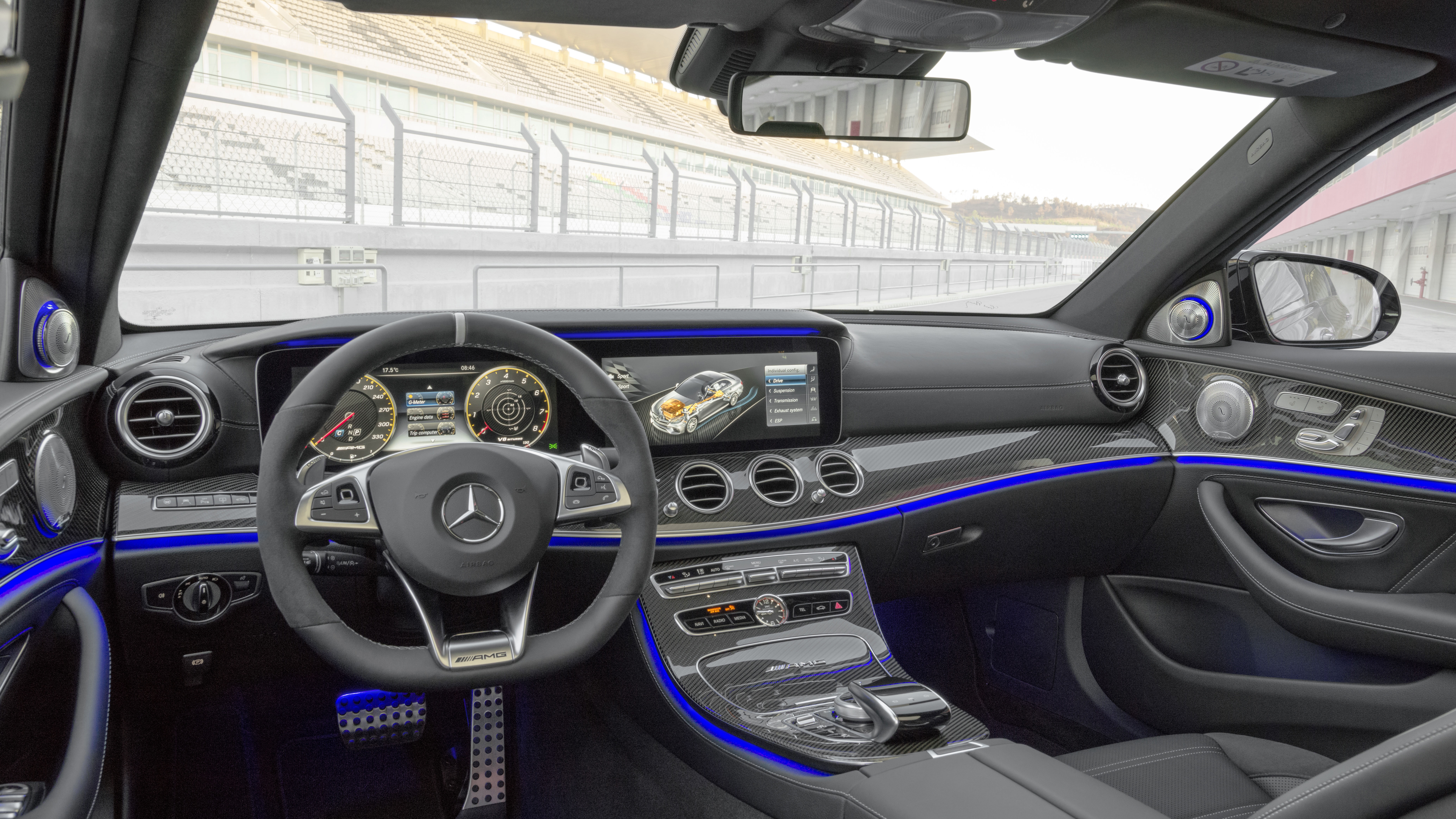 AMG, our favourite peddler of gratuitously powerful cars, has outdone itself once again. This is the new Mercedes-AMG E63 S 4MATIC+ saloon (wagon version to follow shortly), revealed ahead of its physical debut at the LA Motor Show in mid-November, and it touches new heights of insanity for the AMG brand.

Nestled under that heavily-domed bonnet is AMG’s 4.0-litre twin-turbo V8 running through a nine-speed dual-clutch and turned up to 604bhp and 627lb ft of torque in the maximum-attack ‘S’ model, or a more sedate 563bhp and 553lb ft in standard trim. And before you get your calculators out, yep, that 604bhp figure is 27bhp more than the very angry, very green AMG GT-R. It’ll also crush 0-62mph in 3.4 seconds (3.5 in the non ‘S’), 0.2 seconds faster than the AMG GT-R.

How on earth can a supercar have its backside handed to it by a chunky four-door saloon? Well, it’s all down to a completely new and fiendishly clever AMG Performance 4MATIC+ all-wheel drive system with fully variable torque distribution between the front and rear axles. The idea is that when you want limpet-like grip you can have it, but when you’re in the mood for destroying tyres, the E63 is happy to oblige.

Select the ‘Race’ driving mode, deactivate the ESP completely, switch the gearbox to manual and pull the shift paddles. This engages Drift Mode, but unlike its namesake in the Ford Focus RS that only sends 70 per cent of the grunt to the back tyres, it makes the E63 100 per cent rear wheel drive, and primed for bad behaviour. When it’s time to stay a little tidier, Merc’s standard 'air body control' air suspension keeps you level in fast corners, and plush on the straights.

Identifying your 604bhp supercar eater, over an E220d, is a completely redesigned front-end with vertical black struts in the grille and flared nostrils. The front wheel arches are 17mm wider to accommodate wider rubber and scare small children, while the interior is festooned with leather, alcantara and carbon-fibre and Christmas-tree spec blue ambient lighting (just one of 64 colours you can select for the interior LEDs).

Prices? Just over £75k for the standard car, and over £83k for the E63 S. It'll go on sale in the UK in January, with deliveries expected in May or June. The estate - really the only E63 S you want - will arrive around three months later.

So, by giving you the option of both, has Mercedes solved the eternal four- or rear-wheel drive debate? Or is this complication for complication’s sake? Thoughts below. 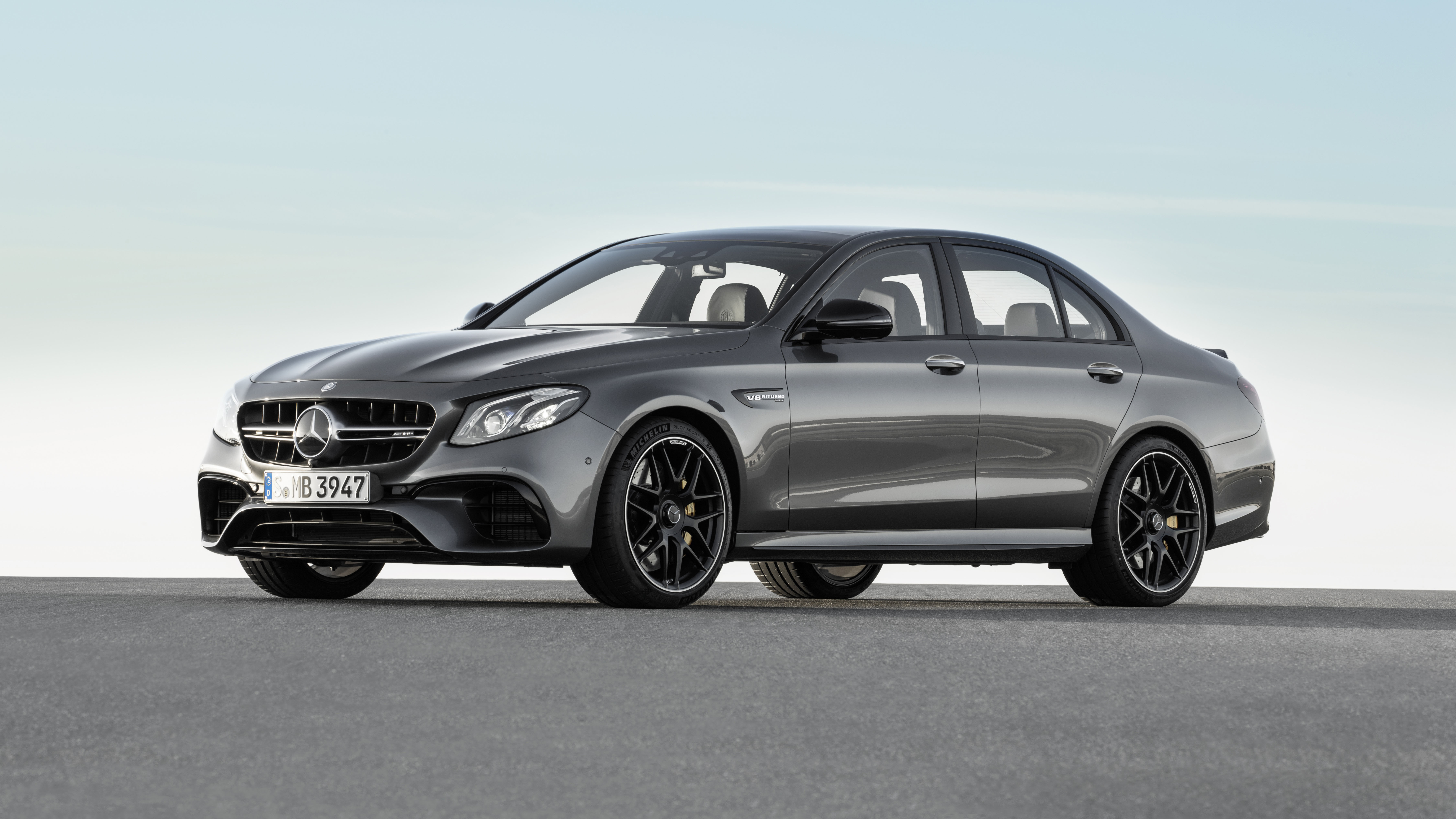 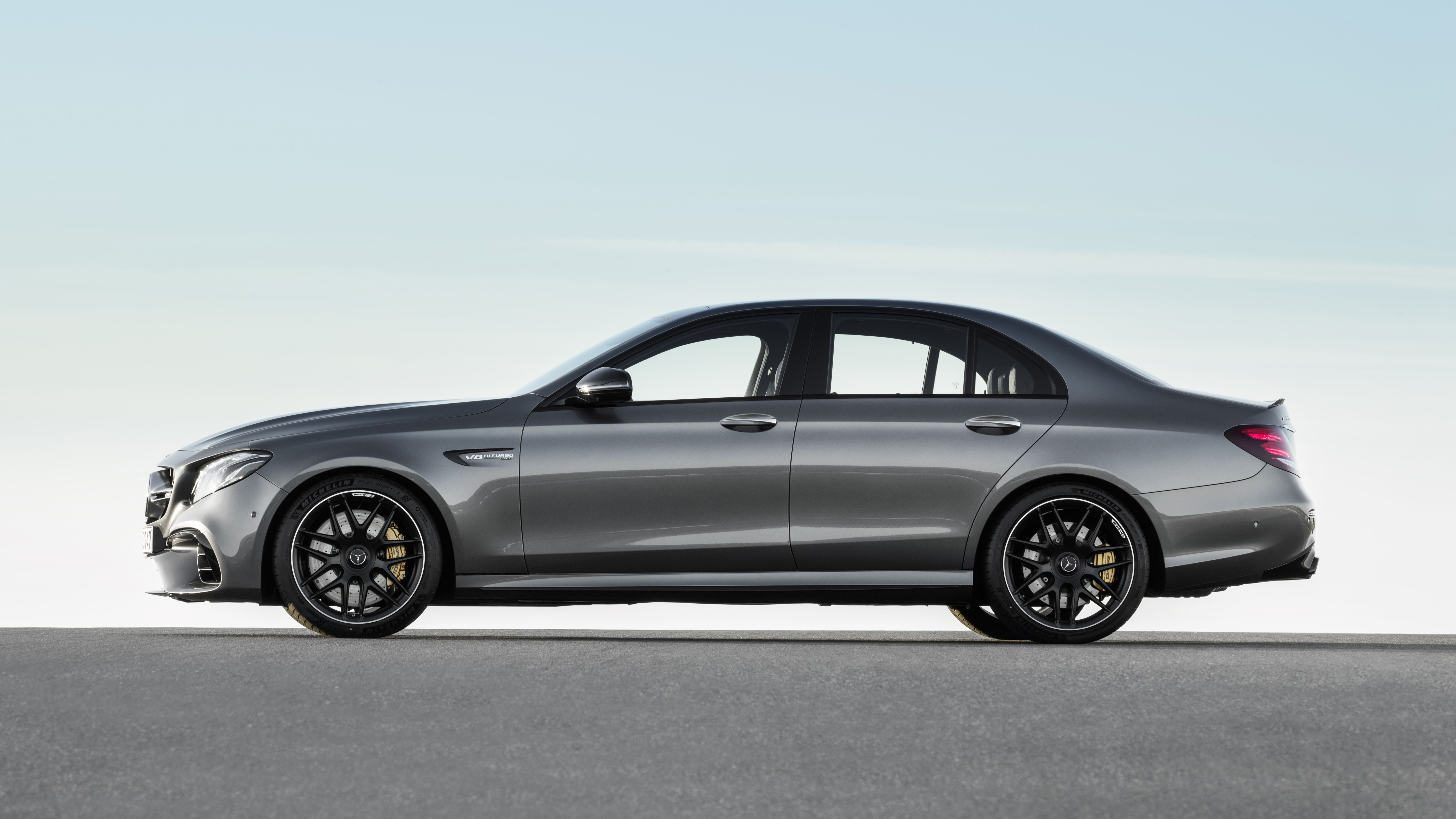 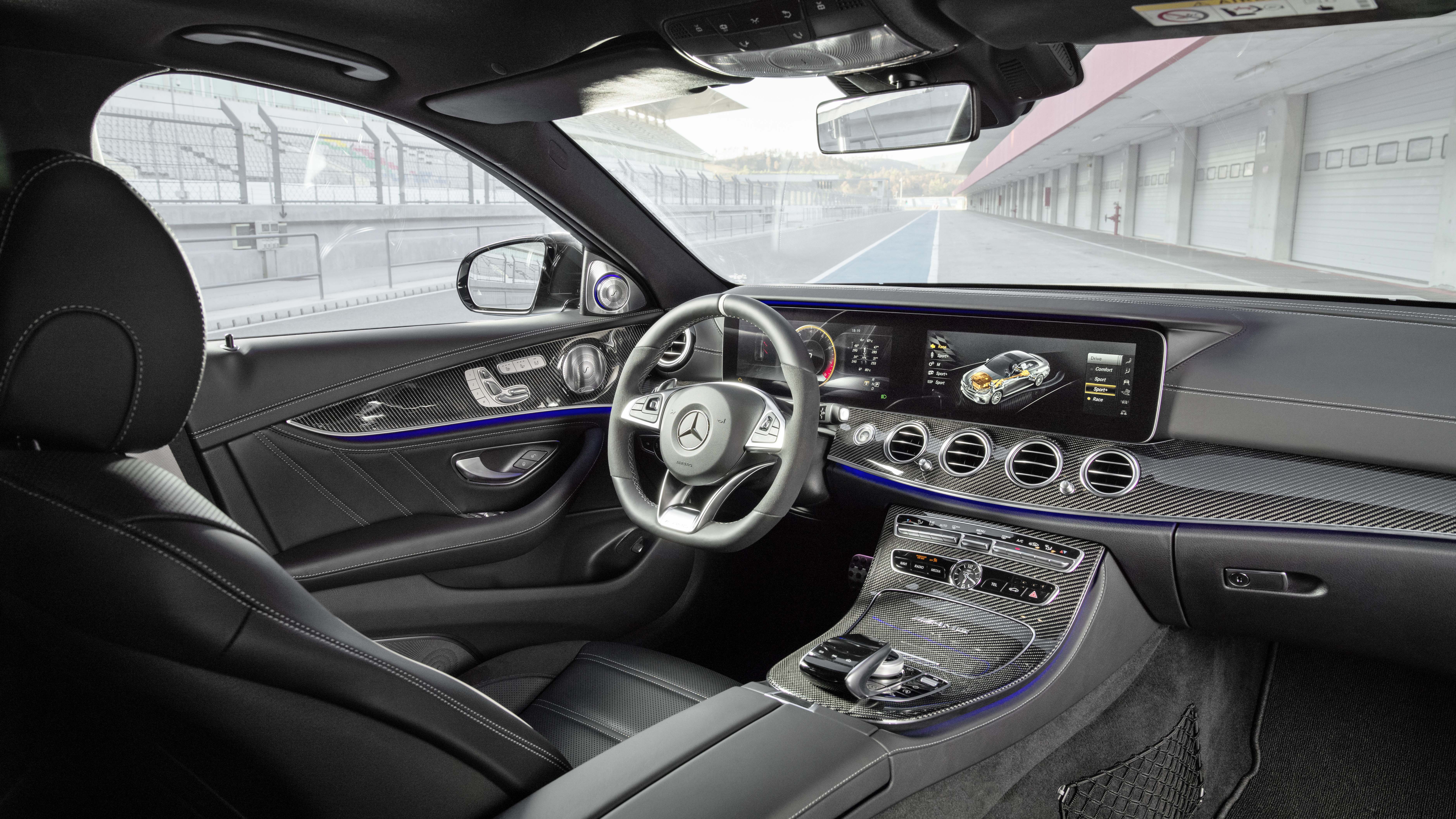