Is this Pagani’s upcoming hardcore Huayra? 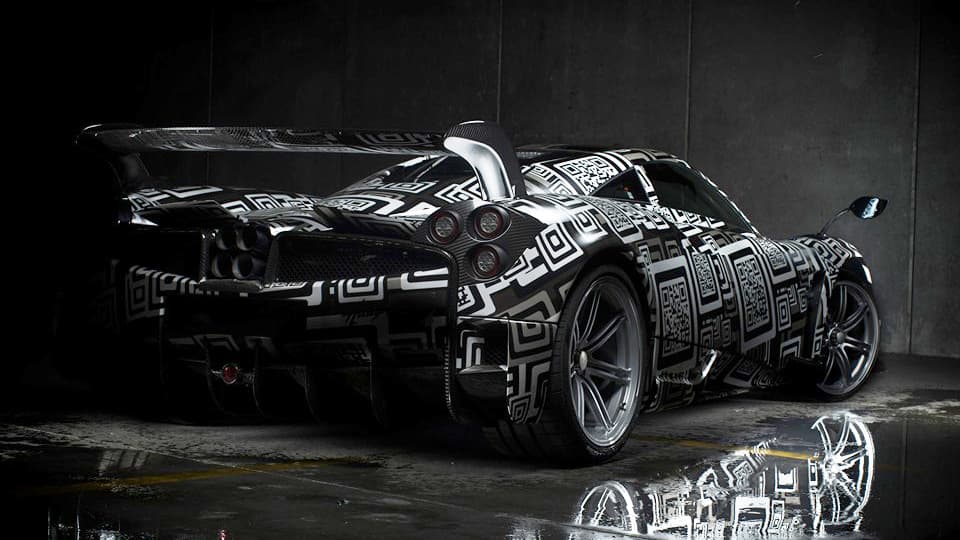 Last year, Pagani exclusively told TopGear.com that a hardcore version of its Huayra hypercar will arrive before the 2016 Geneva Motor Show. This new picture then, appears to confirm it.

Yes, ladies and gentlemen, get ready for a monster of a road car. At the time, Horacio Pagani told TG how this new Huayra would be a special gift “built for all the Pagani fans around the world”.

Though no details of the car have yet been revealed, Pagani noted how just 20 of these special Huayras were planned, and would only be offered to existing Pagani customers.

And one look at the image above confirms that they’ll be a lucky group. The monster rear wing alone suggests monster downforce, which in turn suggests some serious track prowess. And serious power. More than 750bhp, we’d reckon.

No more information – other than the hashtag #huayrabc – has been provided, so stay tuned for more. In the meantime, we can tell you that there’ll be a Huayra roadster in the pipeline, along with more special editions. “If you take a look at the history of Zonda,” Pagani told TG last year, “it’s not that hard to imagine."

“We will probably follow that pattern. We will have the roadster, the coupe – that hardcore ‘gift’ – maybe a special edition roadster, another ‘gift’, and then back and forth like that,” Pagani added.

2016 has just gotten a whole lot more exciting, hasn’t it?