Nico Hülkenberg has replaced Sergio Perez for the British GP

Big news in the world of Formula 1 ahead of this weekend’s British Grand Prix at Silverstone… Nico Hülkenberg is back.

Yep, the ever-popular German has taken the place of Racing Point’s Sergio Perez after the Mexican tested positive for Covid-19 and was forced to self-isolate. The news that Perez would miss the race broke on Thursday, and as usual Twitter was awash with rumours about who might take his place… 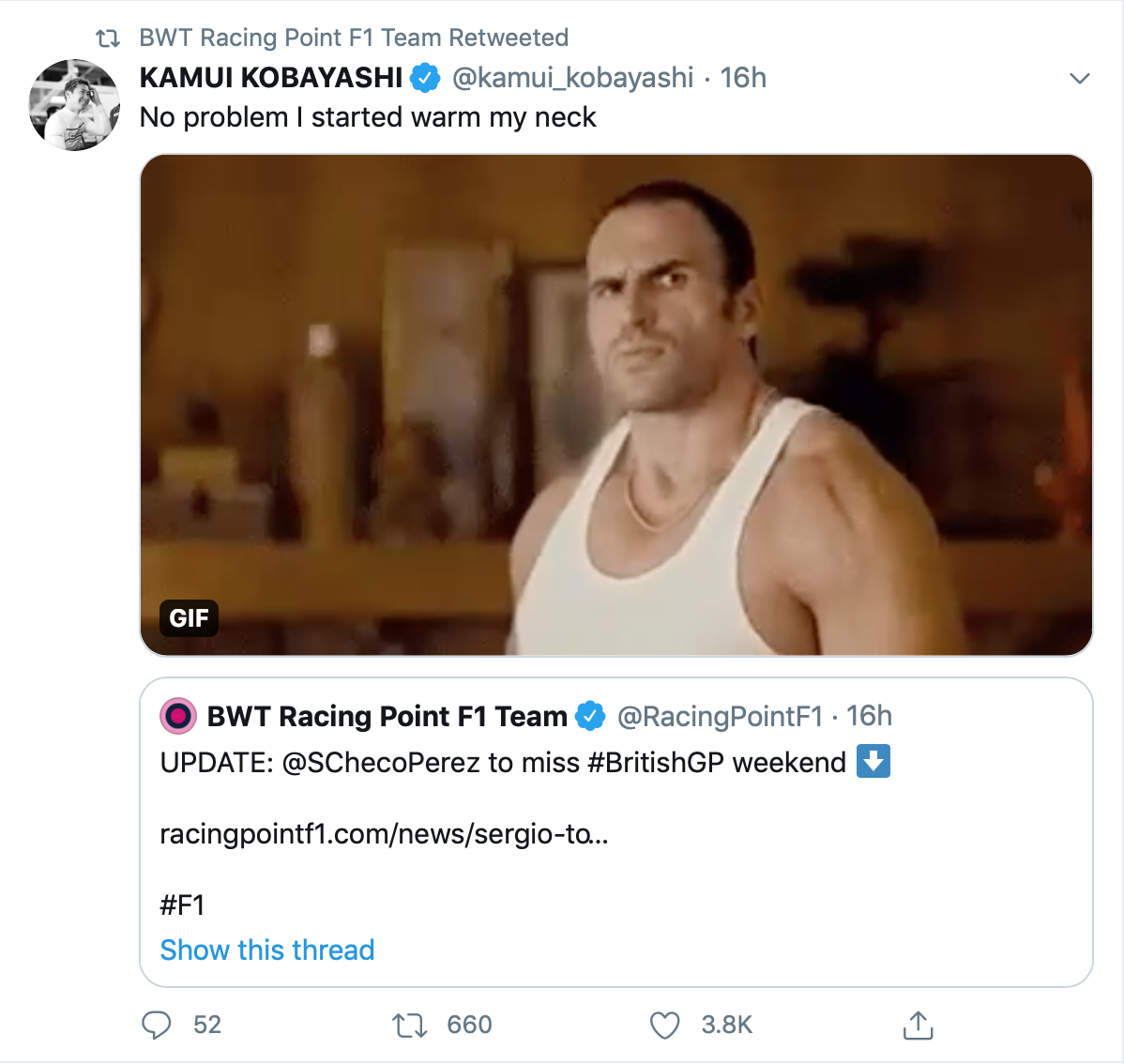 Hülkenberg, who was originally on his way to the Nürburgring for the weekend (as you do), was then confirmed by Racing Point on Friday morning and somehow managed ninth place in Free Practice 1. Impressive.

The 32-year-old has previous with Racing Point of course, having driven for them under the guise of Force India in 2012 and again between 2014 – 2016. However, until the first practice session at Silverstone he wouldn’t have driven an F1 car in anger since leaving Renault at the end of the 2019 season.

We know from last time out at the Hungaroring, though, that Racing Point have a super quick car this season. Would it be too much of a fairy tale for the Hulk to record his first ever podium at Silverstone?

Because the standard 750bhp Shelby Mustang GT500 was far too tame…

Video: all you need to know about the Alfa Giulia GTA