Renault boss: Alpine will stay in Formula One 'for eternity' | Top Gear
Advertisement
Formula One

Renault boss: Alpine will stay in Formula One 'for eternity' 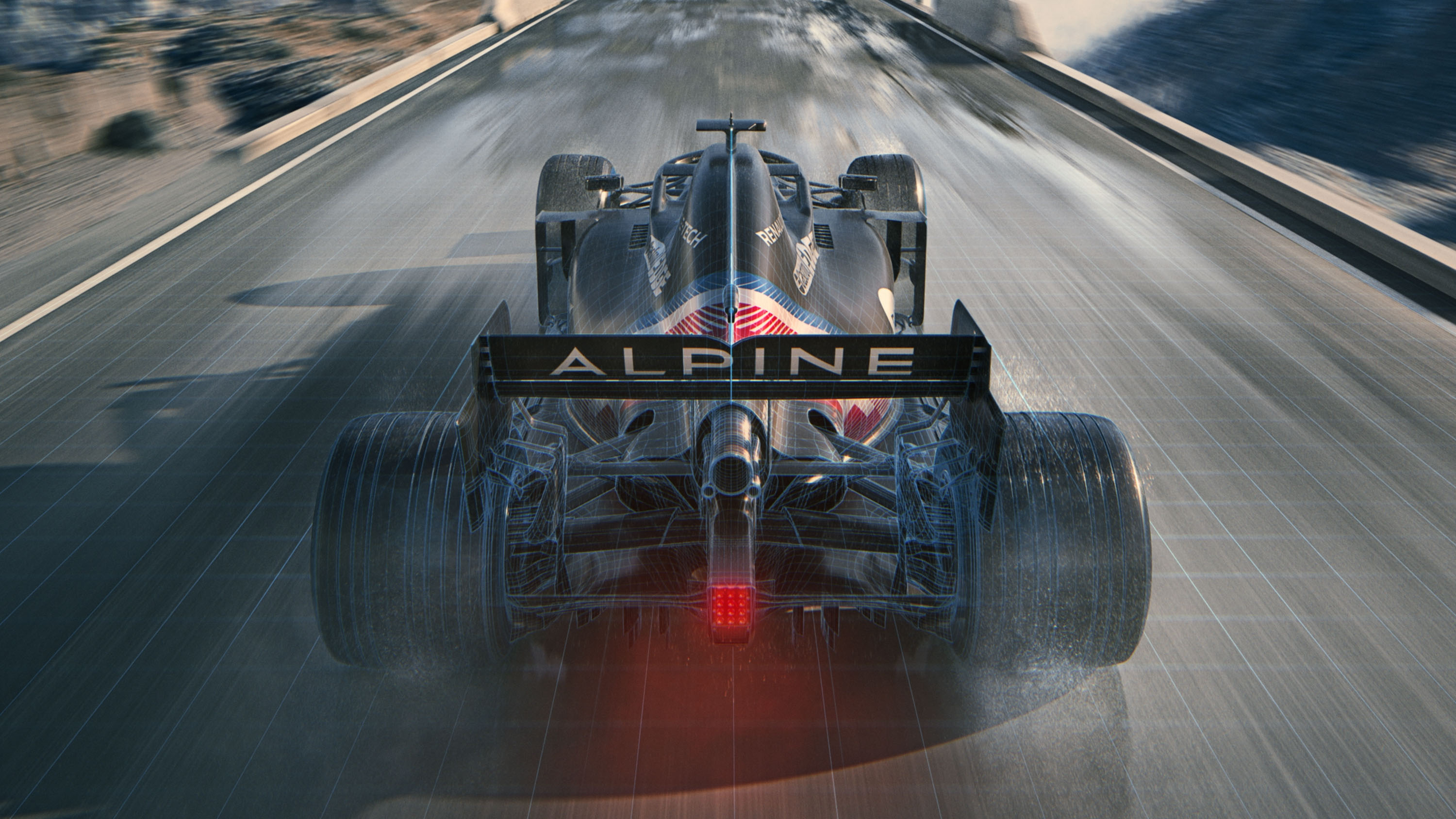 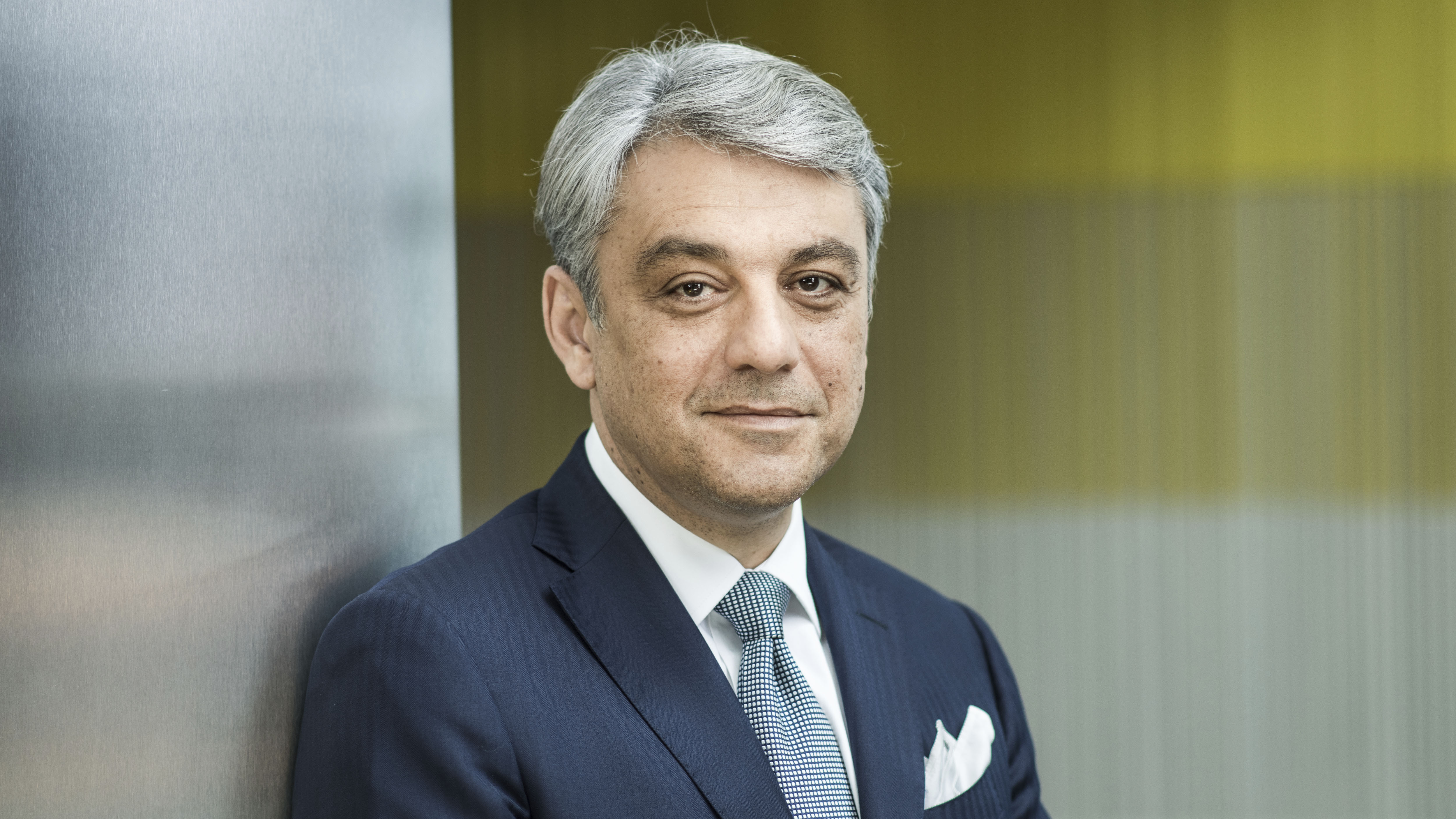 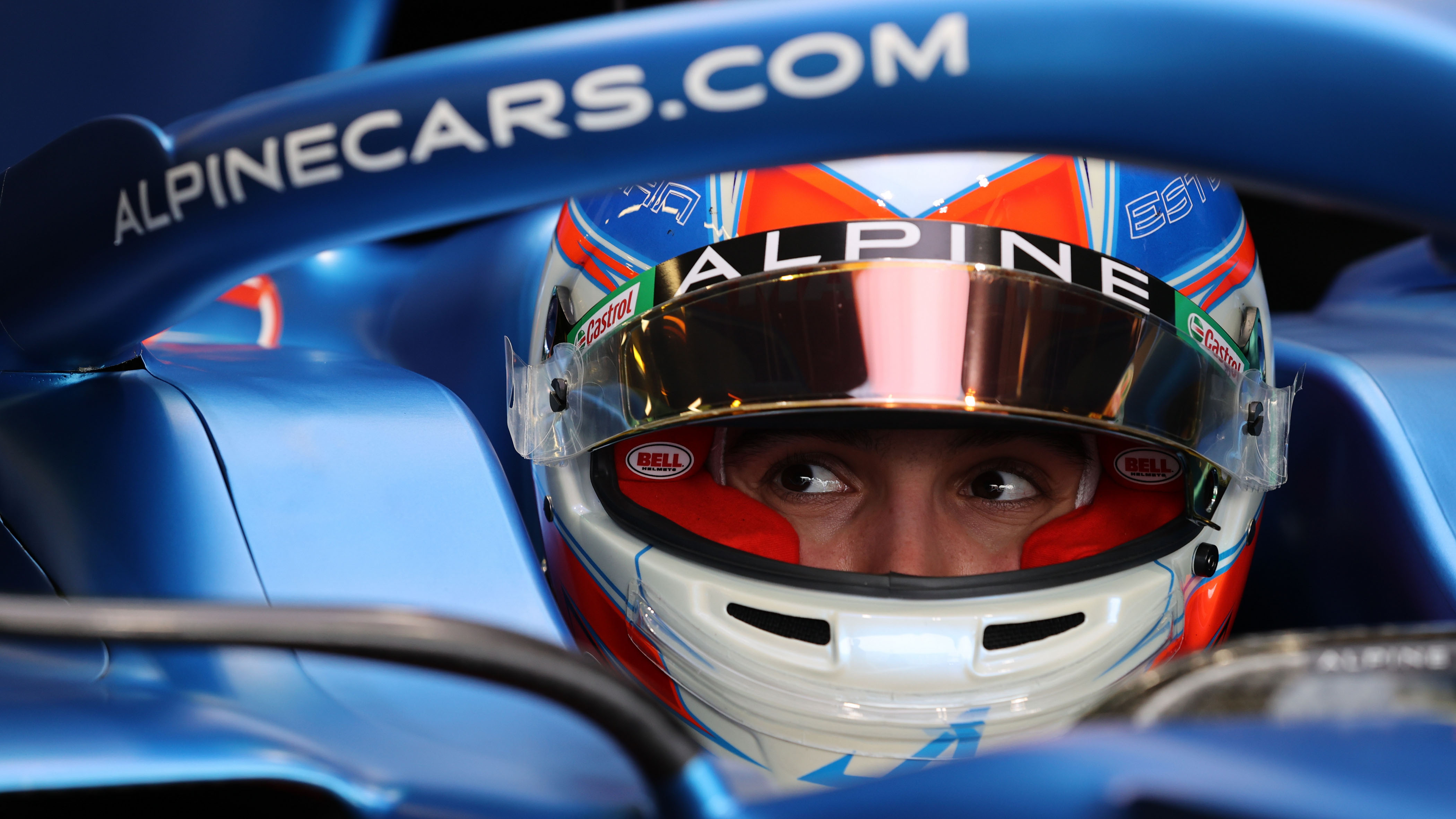 Renault’s CEO Luca de Meo has the mother and father of turnaround plans to implement. He’s recently set the ailing French giant on a streamlined new course, teasing us with an all-new, pure-electric Renault 5 and – unexpectedly – positioning Alpine as one of four pillars propping up the entire edifice when plenty of naysayers wondered if it had any future at all. This, of course, includes using the name to rebrand the Group’s Formula One team, and plotting an electric future for an expanded model line-up.

Ahead of this weekend’s opening Grand Prix of the 2021 F1 season, we caught up with the charismatic Italian to find out more about how his vision for the company has evolved, how committed Renault is long-term to the sport, and what it’s like dealing with Fernando Alonso.

Can you talk us through your decision-making on Alpine and F1?

A lot of people asked me to stop Formula One, because the situation at Renault is very complicated from a financial point of view. F1 looked like an expensive and unnecessary hobby to some people. The reality is that a lot of people don’t care [about it]. Meanwhile the Alpine plant in Dieppe is not viable as it is today and Renault Sport consists of 400 very highly skilled engineers who do a lot of things but without direction. But when you start to put all the pieces together, then it starts to look like a fully-fledged automotive company. And putting F1 in the middle of this business project has various advantages. F1 is a huge marketing platform, with a potential impact worth hundreds of millions that I would never have been able to spend to create awareness around Alpine. The idea of putting F1 at the core gives it credibility as a company. F1 for me is the PHD of automotive. 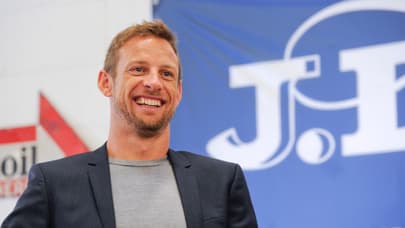 What would you ask Jenson Button?

Where does Alpine as a road car company fit into the masterplan?

Instead of looking at Alpine as a nostalgic brand, it will be fully electric, and we’ll try to produce electric cars that are emotional. I say with all humility that you can see it as a combination of a mini-Ferrari and a mini-Tesla. This is something that can create value for Renault, and we will break even in 2025 – including the cost of F1. My dream is that the best of the best will want to go to Alpine because it is the coolest thing we have in the house. The 2017 relaunch was a nice idea, and the A110 is a very, very nice car to drive, but it’s a niche segment and it’s a self-fulfilling prophecy. So you have to look at Alpine as a ‘restart’ up, and you need to look to the future. Alpine needs to be our avant garde brand, the one that allows us to push the envelope. We want to extend the range of cars, get to tens of thousands of sales and the margin on those cars will also pay for, let’s say, our hobby at the weekend.

We all know that OEMs have a tendency to come and go in F1. How deep is your commitment to the sport?

It’s true that Renault has been back and forth, but we’ve always been there – 44 years as an engine manufacturer, or an engine and chassis manufacturer. I’m a car guy so when I came to Renault I said to myself, ‘I’m not going to be the one that stops 44 years of history'. So the people here don’t need to worry. They have to work to win races, to create a profitable business model, to generate a good image for the company. But one of the clear messages from my side is that we are here, let’s say, for the eternity. F1 is the backbone of Alpine.

The budget cap helped. The top teams were spending two or three times what we were able to. It will help competition be stronger and that’s good for the show. Of course I like to win, I like to be on the podium for the visibility and to ensure that our company is well-represented and admired by the fans. But the most important thing is that the series becomes spectacular. We are there for the show. To dominate for seven years or for 10 years, it’s not good for anyone, in my opinion. Of course, we don’t want to be losers, but if it’s becoming more and more competitive this is good, there will be battles throughout the field. This is how it should be.

Fernando gets it immediately. Our focus is to actually give him a car where he can have fun

Do you think everyone will stick to the cost-cap?

[smiles] In Italian we have a saying, ‘Fatta la legge trovato l’inganno’, which basically translates as, ‘when the law is written you immediately find a way to trick it’ [laughs]. I trust the FIA will do its job, but it’s difficult to stop engineers finding a way. The cost cap will make the distance from the top to the bottom smaller but, you know, I’m not a policeman.

If Alpine is going to be making pure-electric cars, shouldn’t you be embracing Formula E?

The big platform in terms of numbers is Formula One. You don’t want to transform F1 into Formula E, because you already have Formula E. The result is good for both series but F1 remains by far the most attractive, with 500 million people watching every two weeks. I want Alpine to be visible everywhere, in China, in South America. F1 sets the stage, creates the desire and the demand, then we’ll see what we can do in terms of product.

Are you happy with the direction and trajectory of F1?

Liberty’s management of F1 has had a positive impact on the way the series is marketed. Young people are coming back to F1. The Netflix series is working. But we also have to get a very strong notion of sustainability into F1. Most of the sponsorship in F1 comes from business-to-business brands, consumer brands don’t want to engage because they have their CSR [corporate social responsibility] programmes. There is a certain disconnect that we need to correct, and that’s a discussion we are having.

Why did you decide to change the team’s management, when it was making very solid progress?

We had to integrate the F1 story into a new story. It’s difficult to do that with people who interpreted the role and led the organisation in another direction. Renault Sport and Renault F1 and Alpine were kind of on the border of the system. When they needed the support of the mothership they would come, but their comfort zone was to stay out of the thing. Alpine is one of the four brands we’re putting in front of the consumer, it’s totally integrated in the mainstream strategy of the group.

Laurent [Rossi, Alpine CEO] and I did the 'Renaulution' plan together, he has experience in other companies, he knows the system. The Alpine story is not only a racing story, it’s a business story. But he also started as an engineer, he’s very passionate, and he will look at the thing from a slightly different angle. I also wanted to make the system flatter and more direct. Davide Brivio [Racing Director] is a great guy. Sometimes I like to find an unexpected solution. A guy from Moto GP coming to F1 might not seem obvious, but the worlds are not so far apart. What counts is the quality of the people, good leaders can learn and adapt. It’s also good to inject some new blood into the sport. But I want to thank Cyril [Abiteboul] for the work he and his people did. It was a good start but now we turn the page.

What are your predictions for the 2021 season?

I’m not a magician, I don’t have a crystal ball. My expectation is that we get better and better every race. The real challenge will start in 2022 which doesn’t mean we want to have a poor season in 2021. We have Fernando [Alonso], who wants to win all the time, and Esteban [Ocon] is young and doesn’t want to waste his time being stuck at the back of the grid. We need to give the drivers good service as a team. Alonso? Well we know he’s not a rookie. The feedback I had [from the test in Bahrain] was that it took him about 10 laps to get to the limit of the car and start saying, ‘this or that doesn’t work’. He gets it immediately. Our focus is to actually give him a car where he can have fun. And then you never know what happens in a Grand Prix, right? Maybe we need to be a little bit lucky, but we’ll be doing everything we can for him and for Esteban. Renault is Fernando’s home, but I want him to use his experience to help us all grow. He has a different role to the one from 15 years ago. He’s the Godfather of everybody. The only thing I’m asking him is to help us become a top team, because it’s about attitude and mindset. And he has it. 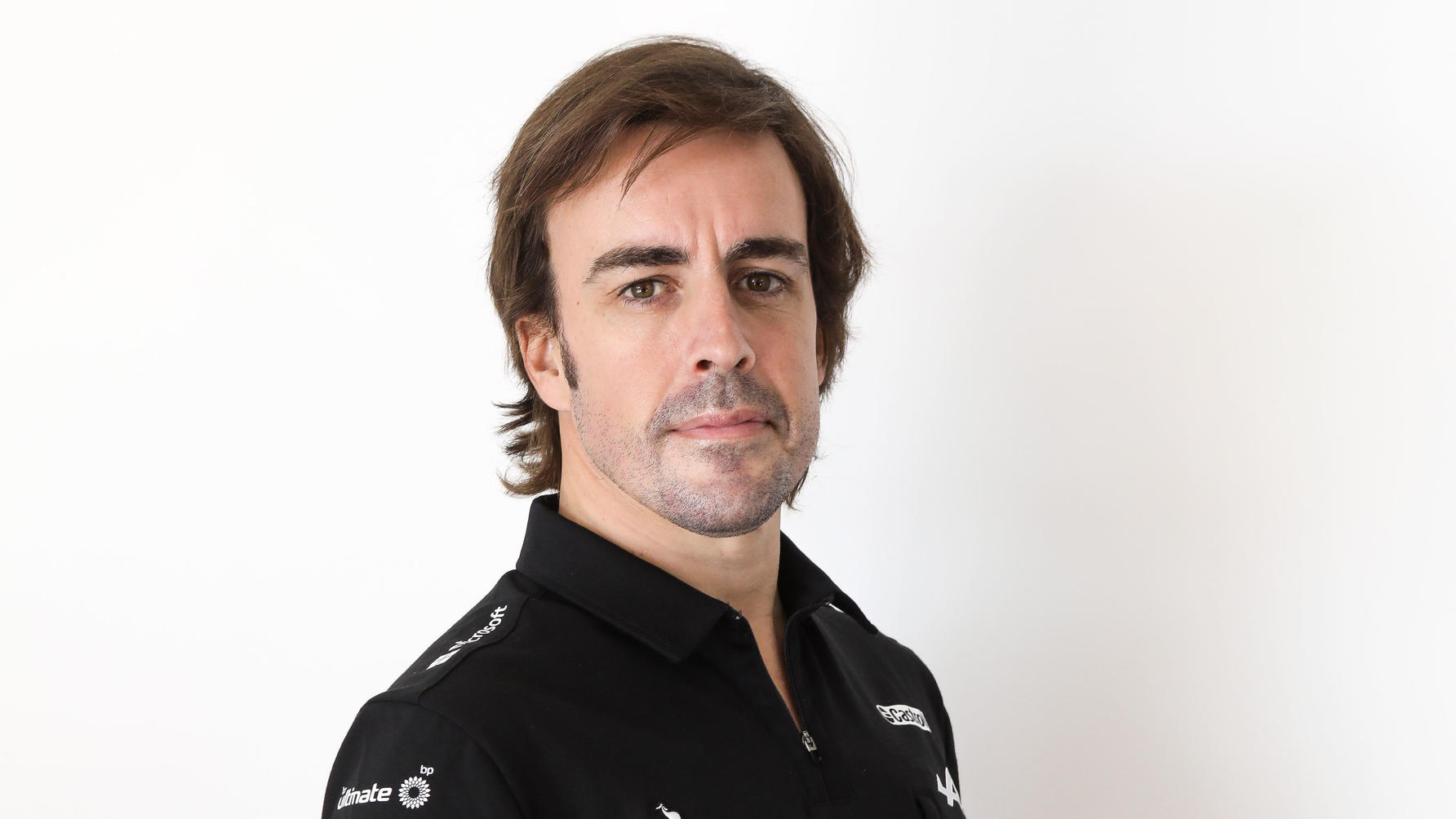