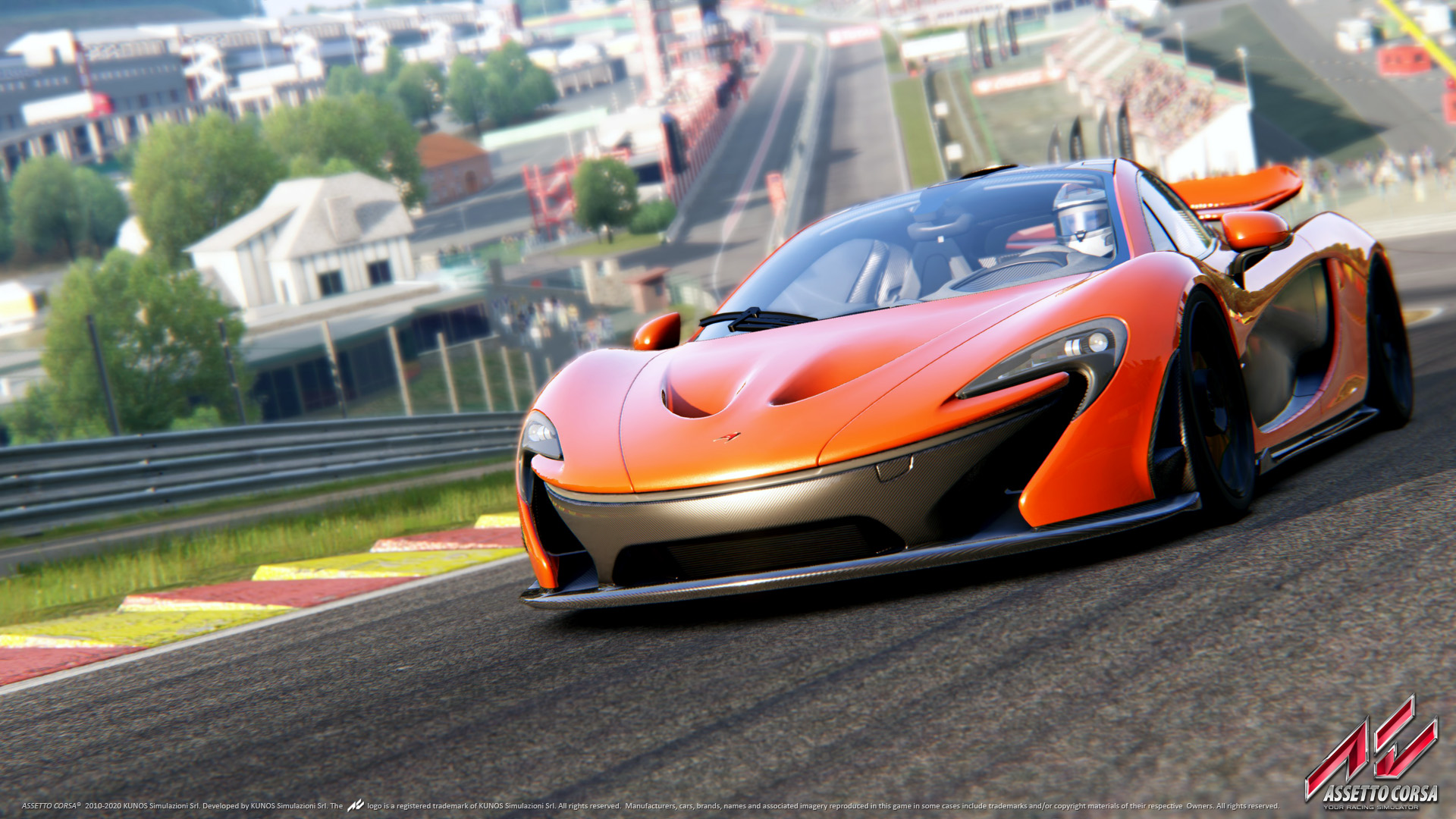 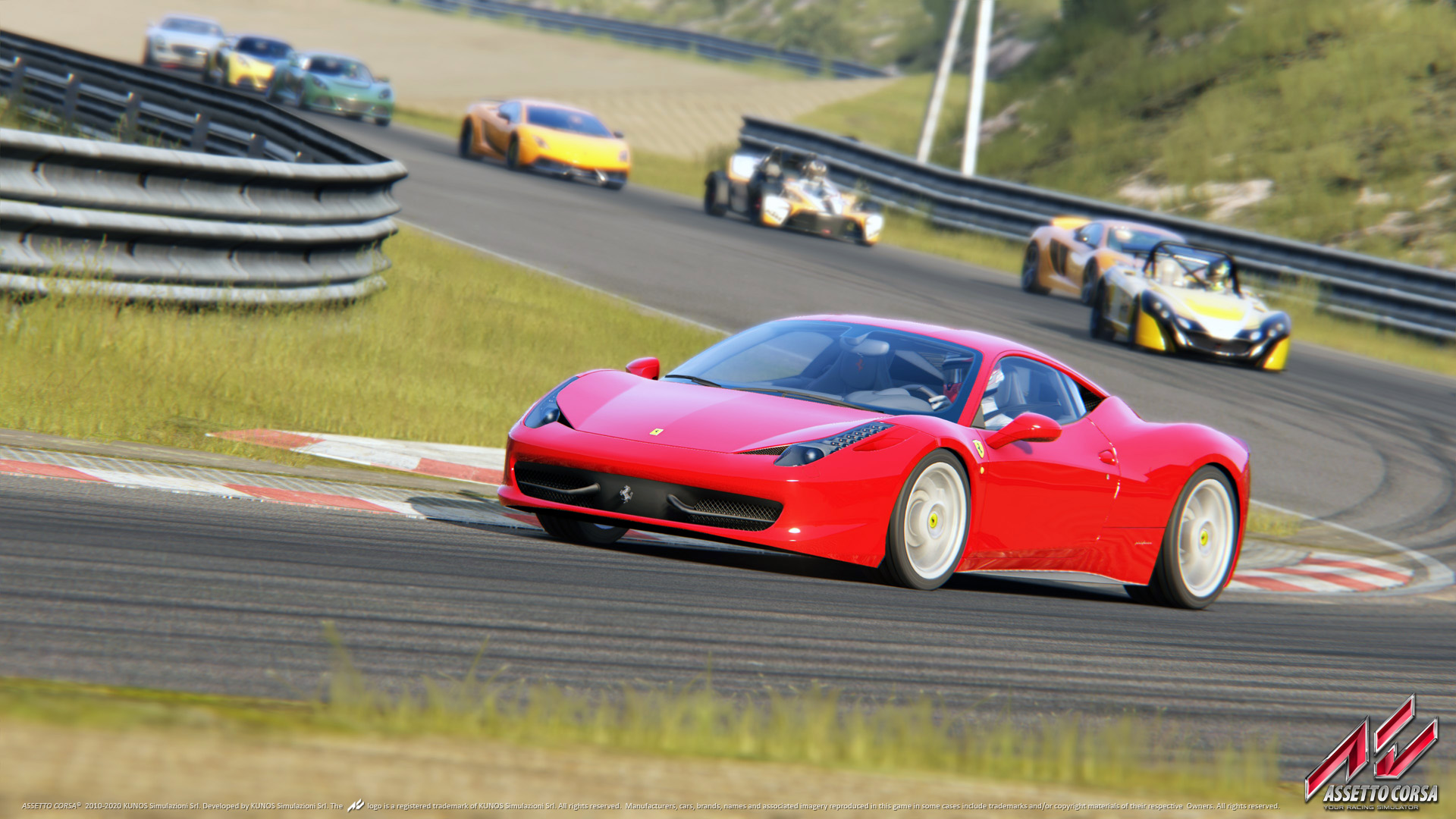 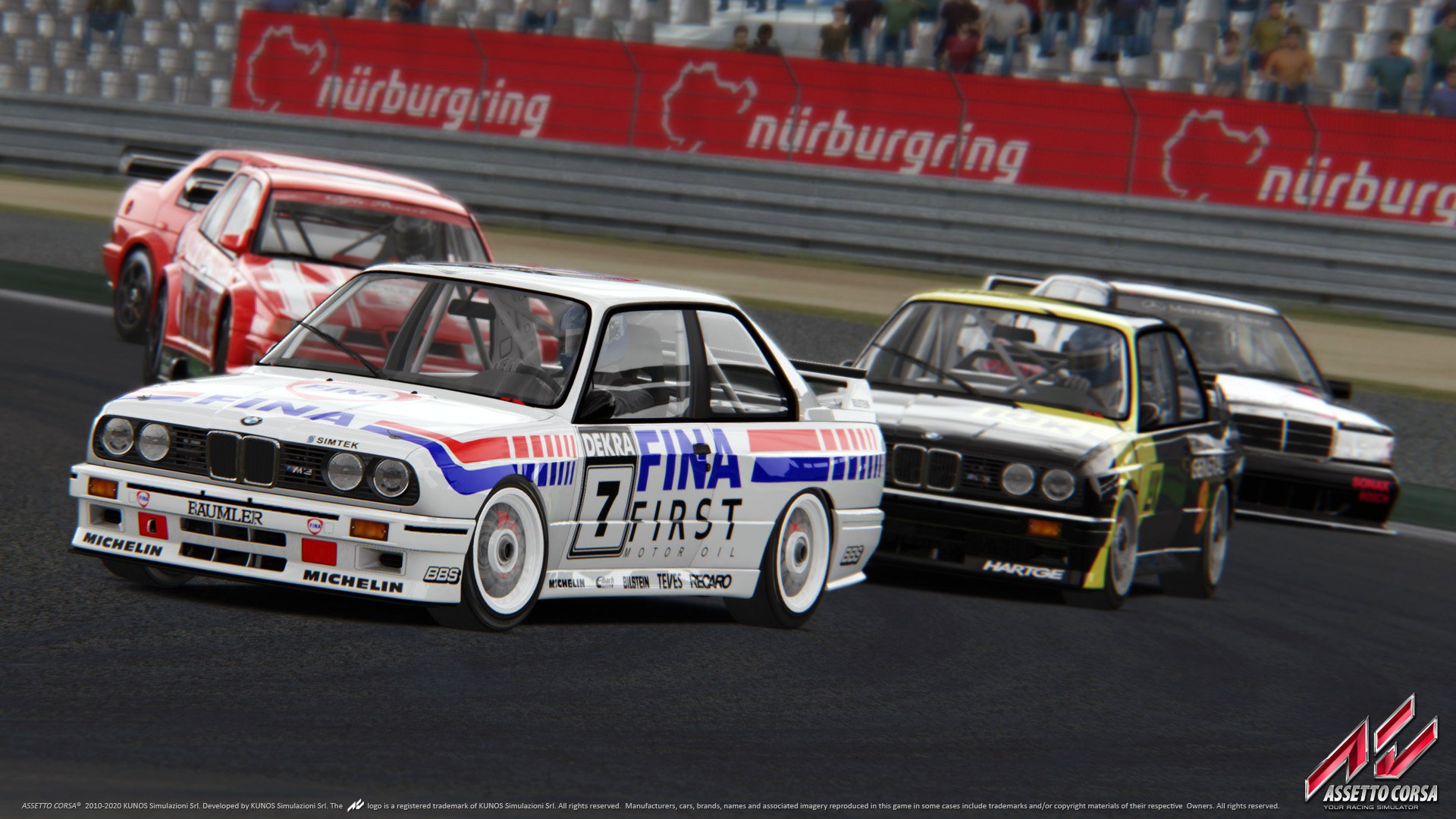 Racing simulations are made almost entirely of maths. Italians are about the passion and poetry of cars. These two things aren't supposed to work together. Yet with Assetto Corsa, Italian developer Kunos Simulazioni has managed to bend and shape those numbers into a sim that truly reflects the unique character of the cars it recreates.

PC gamers knew this already, of course, but the console version, out now on PS4 and Xbox One, has lost none of that character. You can feel every centimetre of tyre slip as you mash the throttle on corner exit in a vintage Lotus 49 Grand Prix car, feel an E92 M3 squirm beneath you under heavy braking and, if you're yet to be convinced, you can actually watch the shocks bounce as you clatter over kerbs in a KTM X-Bow.

Clearly this is a game that's begging to be played with a proper force feedback wheel and pedal set, such as a Thrustmaster TMX or T150, where every nuance of the handling model can be felt. Even if you're stuck with twiddly thumbsticks, though, Assetto does an admirable job of translating all that horsepower, torque and tyre slip into something responsive and driveable.

There is one problem that's more likely to blight joypad jockeys, though. Select the option for automatic gears and you might as well start writing a tearful obituary to your lap times right now. For some inexplicable reason, Assetto Corsa's robot brain has a tendency to count to five Mississippi before serving you a downshift. It's phenomenally irritating.

Otherwise, Assetto Corsa is exceptional. It's short on cars and tracks compared to a big budget behemoth like Forza 6, but what's there is clearly an enthusiast selection. Legendary circuits like Spa, Brands Hatch and the Nürburgring are presented in inch-perfect, laser-scanned detail. You're handed the keys to everything from dinky Abarth 500s, through unobtainable hypercars like the Ferrari FXXK, all the way to Ayrton Senna's comically unforgiving Lotus 98T Formula One car. You're unlikely to doze off at the wheel, put it that way.

To provide structure, there's a career mode. It's a bare bones affair but a workable enough tour of what the game has to offer. There are races, obviously, but often it's the Time Attack events, which allow you to focus completely on the communicative handling, that are most satisfying. It's not often in a racing game that the driving alone is enough to gobble up the hours – in Assetto Corsa that's absolutely the case.

So yes, through some weird alchemy, we have a precision simulator that also feels like a love letter to cars. Good work Italians. Your move, every other nation on Earth...