With Airscarf and all-wheel drive, meet your Storm Doris-proof convertible 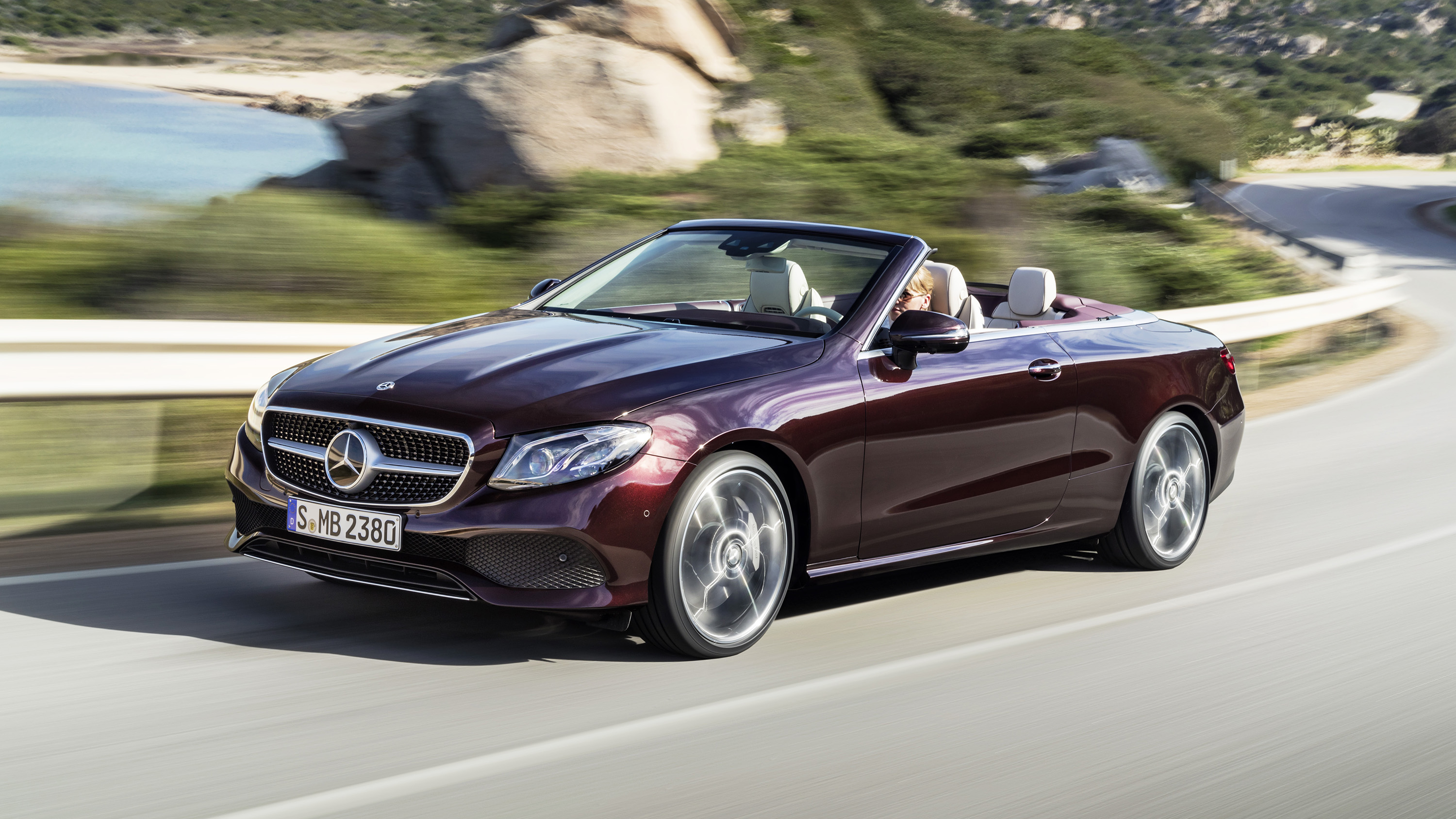 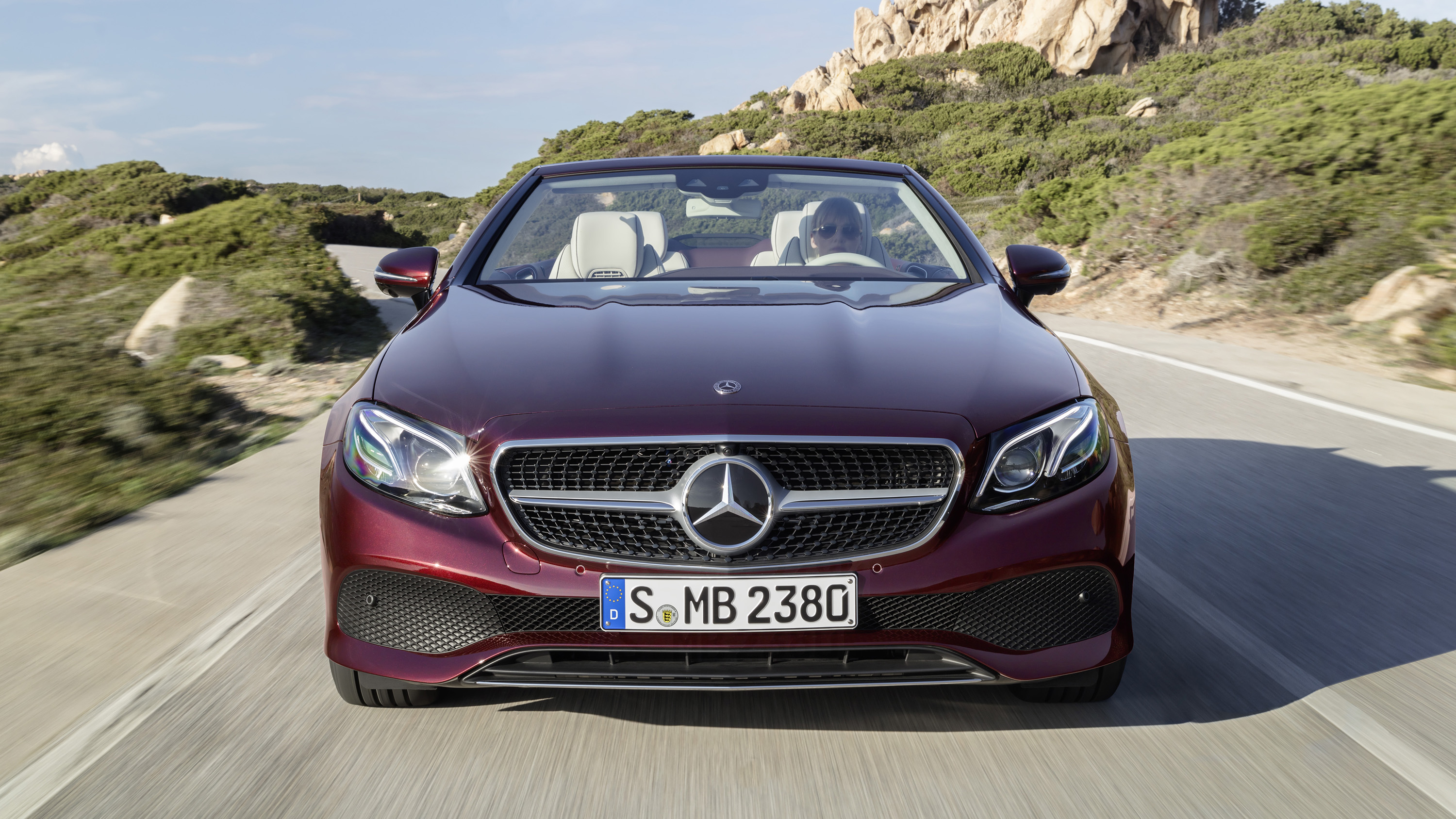 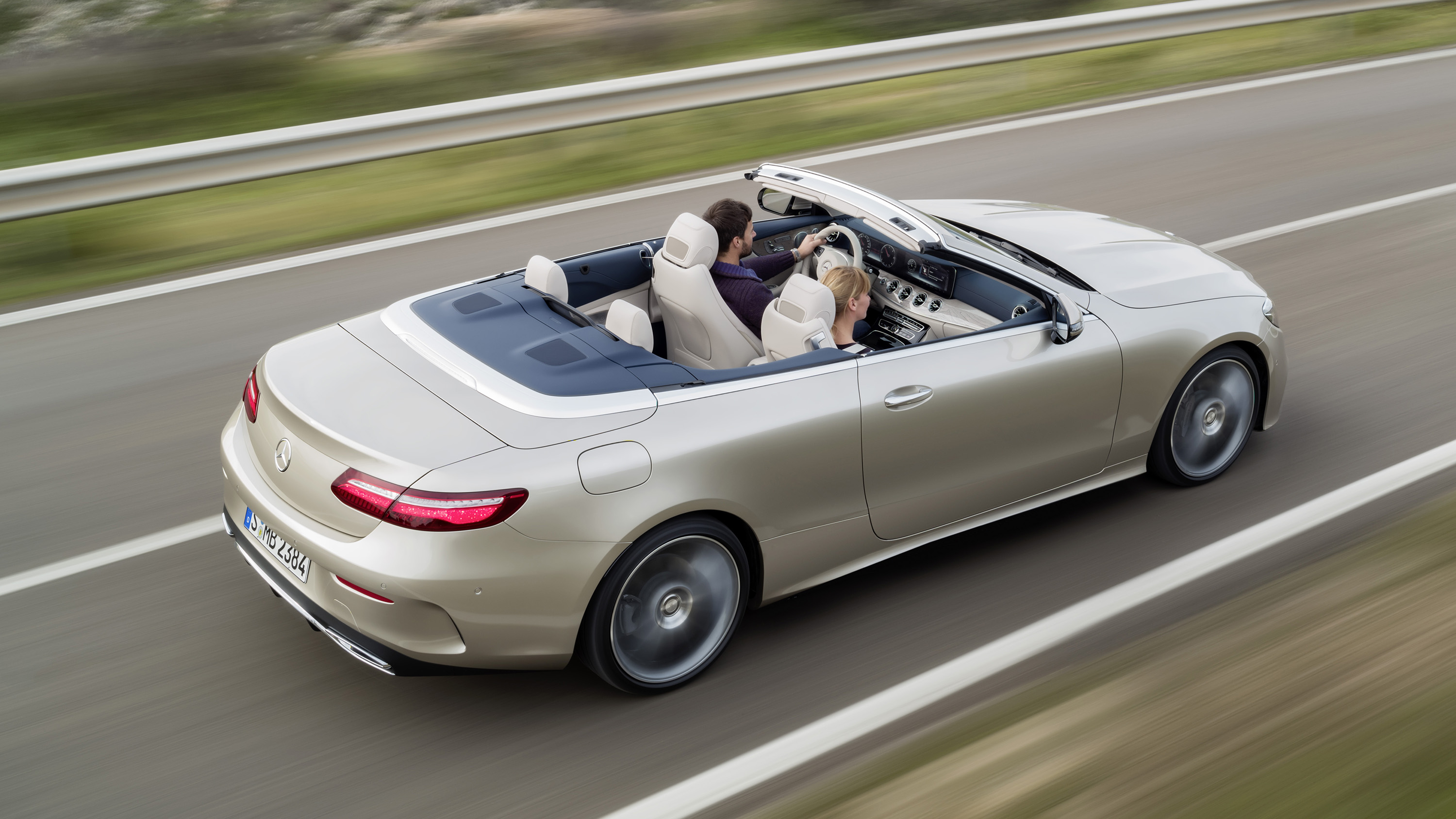 Mercedes is unveiling a couple of new convertibles at the Geneva motor show. One of them is a G-Wagen with Maybach badges, but the other is reassuringly simple in concept. Meet the new E-Class Cabriolet, and it's ready for whatever weather you'll expose it to.

There’s a normal, fabric roof, but it comes with many layers to keep out noise and cold. It folds up or down in 20 seconds, at anything up to 30mph. Said roof can be specced in brown, blue, red or black, and its derived from the setup on the S-Class Cabriolet. Which is about as fine as cabriolets get. Merc says the silhouette is just like the E-Class Coupe's; without its oddly split rear windows, we think the Cabriolet’s a bit nicer to look at.

It’s the first E-Class Cabriolet to come with all-wheel drive as an option, too, so it should handle small dustings of thundersnow with ease. Merc’s not committed to which powertrains it’ll offer, but expect a similar range of petrols and diesels to the E-Class coupe, all of them with a nine-speed automatic gearbox. We suspect a turbocharged petrol E43 AMG will be pick of the range when it arrives. There are three suspension options, with plush air suspension top of the bill.

Merc has strengthened up the E-Class’s components and fitted a rollover safety system (invisible when you aren't crashing, hopefully very visible when you are), while you can option its Airscarf neck-warmer and Aircap draught-excluder if you want to go top down in the winter without dressing up. Given the latter is an ungainly protrusion atop the windscreen frame, we'd advise just putting your big coat on.

The boot measures 385 litres – 40 down on the E-Class Coupe – and this shrinks down to 310 litres when you wish to open or close the roof, with an automatic divider closing off the bits needed for the operation. You can flip the seats down for more room, though, while Merc calls this a ‘fully fledged’ four-seater. It's longer and wider than the previous E-Class drop-top, and much of that has benefited interior space, particularly rear legroom.

Inside, the full plethora of fancy screens and tech from the four (!) other shapes of E-Class are present and correct, most notably their irresistible widescreen display, while there’s a 64-colour ambient lighting system. We didn’t realise there were 64 colours in existence.

Predictably there’s also much in the way of colour and trim personalisation, which Merc believes can give the Cabriolet “a cool, exclusive yachting look”. Just don’t think that means your E-Class can get in the sea.

Prices and firm spec details haven’t yet been revealed, but expect a starting point of around £40,000. Which is around ten per cent of what you’ll likely pay for that Maybach G-Wagen…