The Toyota GR Yaris is a 257bhp rally-rep hot hatch

Four-wheel drive. Lightweight body. You’ve never seen a Yaris like this before 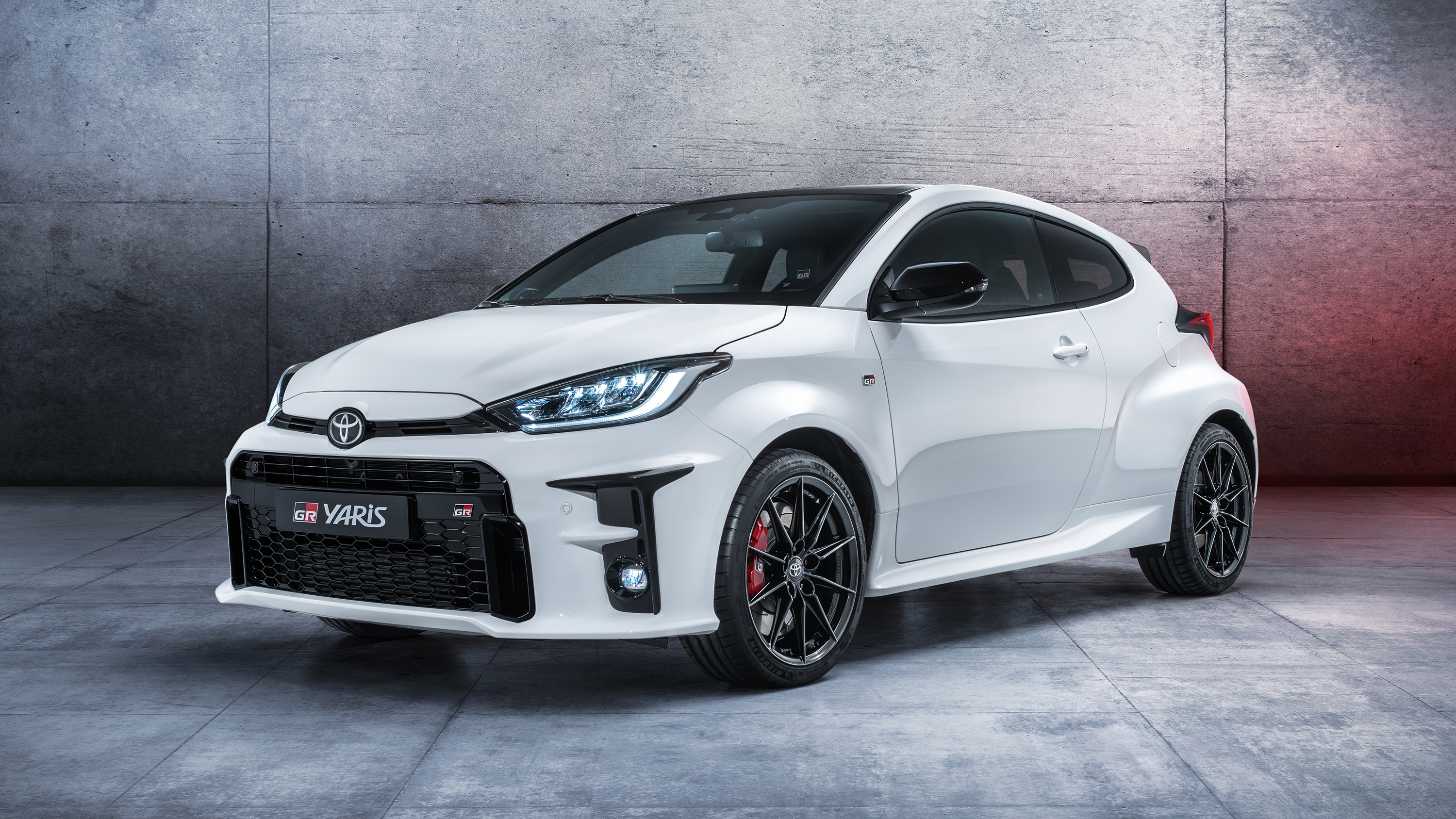 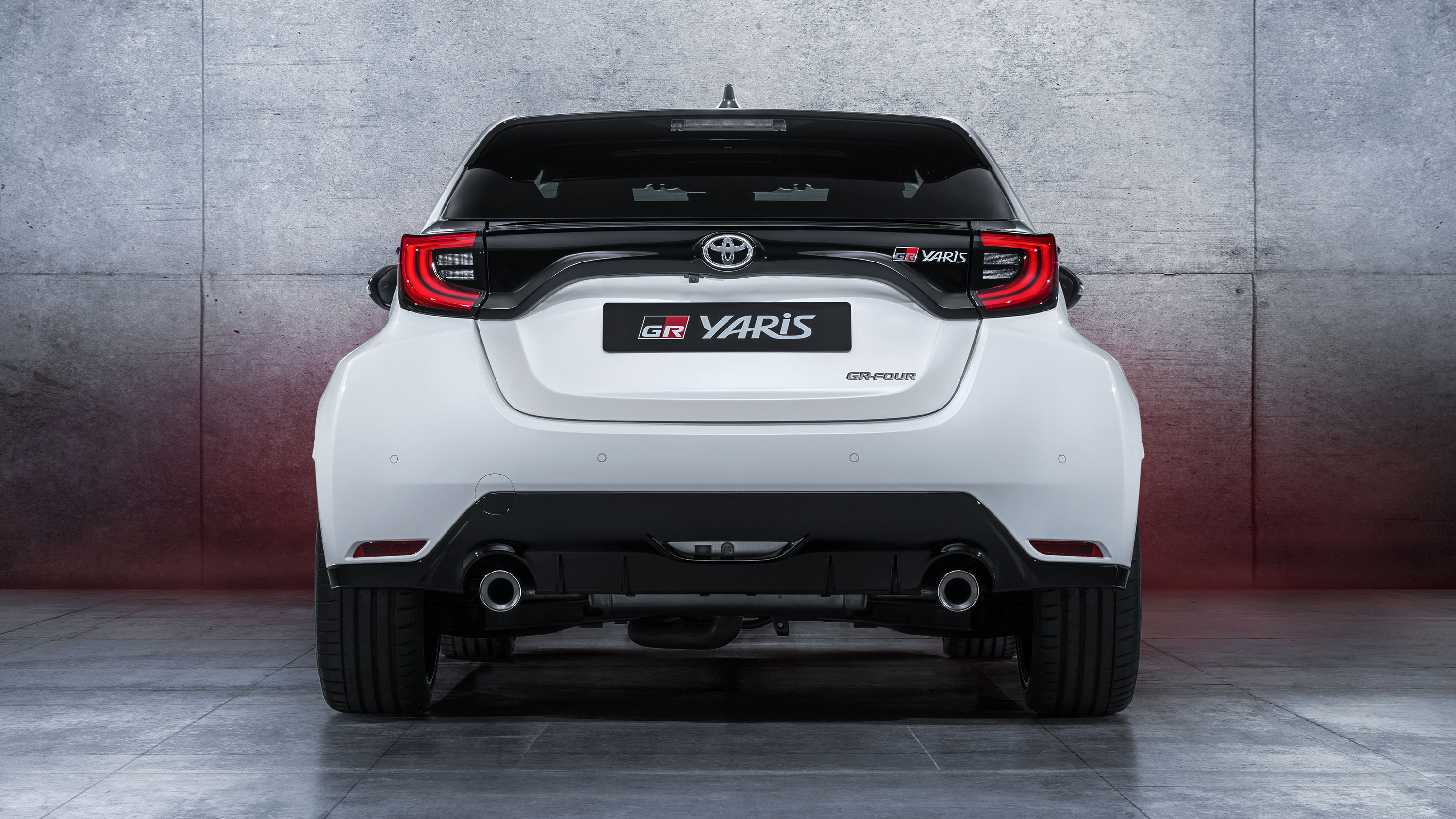 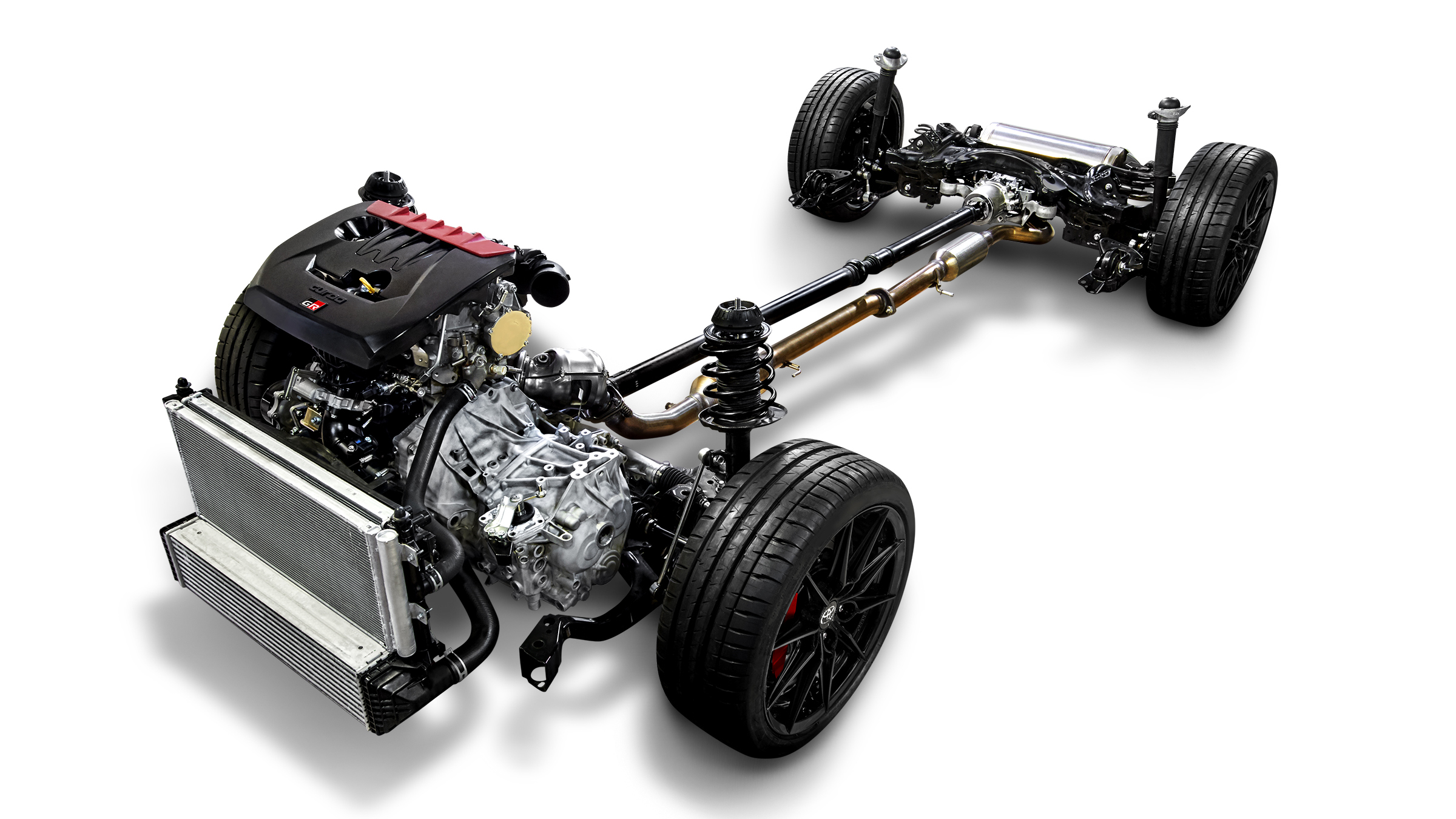 The new Toyota GR Yaris demands you settle down and drink in its quite extraordinary spec. Oh yes, there’s a lot more to this road-going rally car than those fabulous XXL arches.

Toyota’s made a fresh three-door bodyshell for this super-Yaris, and it’s made it light. Most of it’s aluminium, except the roof - forged carbonfibre there. The GR’s 91mm lower than your grandpa’s Yaris, for better aero, while under the skin, Toyota has reinforced the chassis suspension mounts. In case you want to take the GR Yaris rallying.

And you might well do, to experience the clever four-wheel-drive system. The new, lightweight engine (a 1.6-litre 3cyl turbo good for 257bhp and qualifying for R5 rally class rules) usually sends 60 per cent of power to the front wheels, and 40 to the back.

Twist the mode selector and that gives you Sport mode, with just 30 per cent up front and, that’s right maths fans, 70 to the rear.

Or, for maximum rally attack on loose or slippery surfaces, the slightly incongruously named Track mode splits power an even 50/50. And all the while, the middle-man between the AWD and the engine is a six-speed manual gearbox. Good.

Gazoo Racing, Toyota’s motorsport arm, developed the drivetrain to be as light as possible. While 1,280kg is still a big chunk of supermini, it’s impressive for something driving all four wheels, and the GR Yaris will still give hot hatches from the class above a bloody nose.

Toyota claims 0-62mph in under 5.5secs, and has limited the top speed to 143mph. Which is plenty. Even true rally cars rarely go that fast...

Beefier brakes under 18in wheels are standard. On the options list we find a circuit pack offering lighter forged rims (sensing weight was an obsession, much?) wrapped in stickier tyres, and limited-slip differentials front and rear. Oh, and we’ve heard rumours of an official bolt-in roll cage.

Prices are still secret, but come on. This is a part-carbon 4x4 rally wannabe that WRC legend Tommi Mäkkinen helped to set up. It’s not going to be Fiesta ST money. But it won’t be a £50k Mercedes-AMG A45 rival either.

Will the GR Yaris be worth it? You can give yourself a clue by tapping these blue words to read Top Gear’s prototype drive, on road and around Estoril circuit...