Will this affect Europe? Will VW survive? Paul Horrell explains 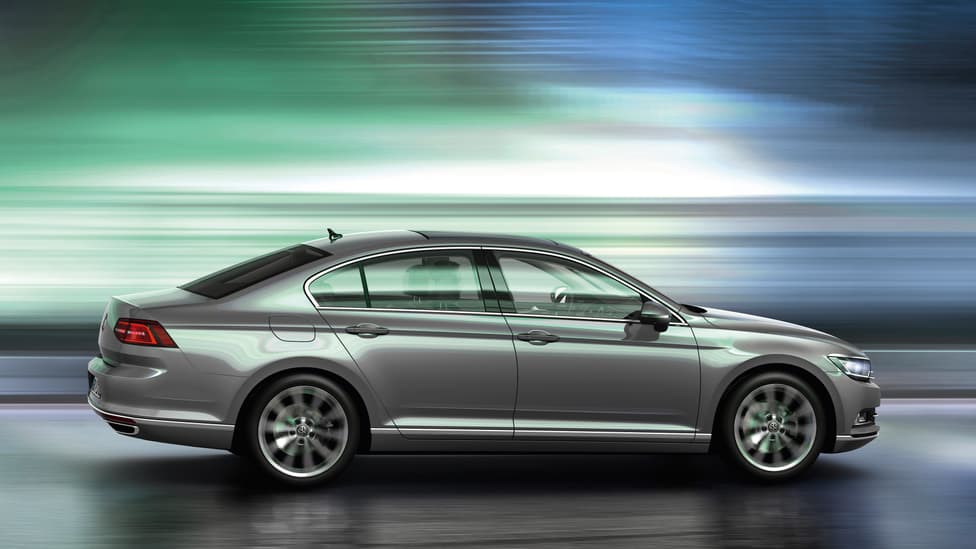 The VW emissions saga is snowballing into one of the biggest scandals in automotive history, with 11 million cars implicated, a huge chunk wiped from VW shares, and CEO Martin Winterkorn standing down.

But what does it all really mean? TopGear.com’s industry expert Paul Horrell answers your questions.

We always knew emissions tests were a pile of rubbish. Why does this matter?

Do not confuse the VW case with the near-universal phenomenon of cars consuming more fuel – or emitting more pollutants or CO2 – in real-world driving than in the official test.

The point is if you drive any car at the speeds the economy test cycle mandates, you should be able to get the same result. It's just that the test cycle involves driving so gently and slowly that no one would. Jerky acceleration in stop-start driving will emit more NOx, which is why even after decades of ever-tighter exhaust emissions control, ambient NOx on Britain's busiest urban roads still peaks at officially defined danger levels.

But the VW cheat goes further. Even if the car is driven in the same way as the test cycle, it emits more NOx. Only when it is driven as per the cycle, and is mounted on a dyno, does the engine reconfigure itself to meet the emissions test. That likely dents performance and maybe economy too, because more power tends to mean more NOx.

Could the scandal spread to Europe?

VW has admitted that 11 million of the engines worldwide use the same engine management software. And that means they too could potentially cheat. The engine in question, a 16-valve diesel codenamed EA 189, was used until it was replaced by the new EA 288 for the MQB cars. And yes, it was used in Europe in VWs, Audis, Seats, and Skodas.

But as to cheating, all we know for sure so far is that it was used to defeat the US test. It is possible that the engine could pass the European tests of the time (EU4 and EU5) without cheating. We don't know yet. If it couldn't, then the lawbreaking is more widespread because emissions control 'defeat devices' are also disallowed in Europe.

Probably keep using it. You won't be liable. This is VW's problem. You bought the car in good faith. If you live in the US, a recall is coming. In Europe, the same will probably happen if VW is found to have been cheating here too. Of course if you feel bad about NOx pollution, consider trading it in. But, er, good luck with that right now. US dealers have stopped selling the affected models, either new ones or used ones on their approved used programme.

How different are US and EU emissions tests?

The US tests have always demanded lower oxides of nitrogen (NOx) levels. The EU4 test for diesel cars, which applied for much of the period in question, allowed 0.25g/km of NOx. At the same time, EU4 for petrols stipulated 0.08g/km. So diesels were given an easy ride, because the authorities saw them as a good way to reduce CO2 emissions, the main greenhouse gas.

In the US the allowable NOx standard is the same for petrol and diesel, and amounts to about a tenth of the European diesel standard. And the car has to remain in compliance up to 120,000 miles old.

What does a potential £12bn fine mean to a company as big as VW?

It's about 30 per cent more than the Group's entire operating profit for last year. So it wouldn't kill the company. Rather, it would hurt like blazes, and curtail future investment in new cars.

But it's pointless looking at the potential fine on its own. For a start, VW probably wouldn't be fined that much. On the other hand the fine would come at the same time as other big costs: a recall in the US to fix the cars, which could be another billion, and lawsuits from owners, and the lost sales of the cars they have currently withdrawn from the US, and, most of all, the lost sales across the range and around the world because they have instantly gone from being one of the most trusted companies in the industry to a black sheep.

Will this cause a total meltdown of the world’s car industry?

Er, no. If people don't buy VWs they'll buy something else. If the something else turns out later to have cheated, they'll move on. If all cars have been cheating, people will still need to drive.

What does it mean for other members of the VW Group?

Well, Audi has been hit in the US because it uses the same engine in the diesel A3. If the device is found to be illegal in Europe, it will hit Seat and Skoda too because they use the same engine. Porsche will escape: even if the V6 diesel it uses is affected, it is a newcomer to the group and the mud will slip off its back.

Why would a company trying to assert itself in the US cheat?

Commercial pressure. VW wanted to wedge itself into the US market. Its competitors were using hybrids, but the Germans were behind, and couldn't see hybrid cars selling in Europe.

So VW wanted to take its preferred solution to economy motoring, diesel, to the US. But emissions regs there were hard on NOx. Other European manufacturers used expensive (like, several hundred pounds a car) 'AdBlue' urea to solve the NOx problem. VW claimed it could do it without. So the cars were more profitable than rival diesels.

What does this mean for the power struggle at the top of VW?

Well, CEO Martin Winterkorn resigned on Wednesday afternoon. In a piquant coincidence, he handed in his notice just a day before the meeting that was scheduled, until last week, to be extending his contract for three more years. Anyway, he says he is shocked by the wrongdoing, and that he didn't know about it at the time.

Either those very close to the top knew about the cheating, or else they ran a company whose culture was dysfunctional. Dysfunctional because engineers would feel obliged to cheat rather than report honest problems to their bosses ('we can't meet the emissions standard at the price you've given us’).

The German media is touting Matthias Muller, Porsche boss, as a replacement for Winterkorn. But Muller is an Audi and VW lifer who was responsible for product strategy for all VW Group brands up to 2010.

My money is on Herbert Diess. He was poached from his job at BMW R&D late last year to run the VW brand. He has been on gardening leave ever since, and due to take up his post two weeks from now. His fingers are clean. Well, except from his flowerbeds.

On the scandal-scale, how does this compare to the Toyota acceleration affair?

The Toyota recall was about a possible fault, not a deliberate cheat. Toyota was initially too reluctant to engage with US investigators so it looked like a cover-up. It was a dangerous, if incredibly rare, accidental defect.

VW has sold hundreds of thousands of cars which it knew emitted higher than permitted levels of a gas that governments worldwide have determined is injurious to human health.

What the difference between CO2 and NOx?

CO2, carbon dioxide, is the main gas that is responsible for man-made climate change. It goes into the atmosphere and reduces the ability of the planet to radiate heat. NOx is oxides of nitrogen – NO and NO2 (but not N2O which is a greenhouse gas but not significant in car emissions).

NOx combines with other air pollutants to produce compounds which cause or worsen respiratory diseases, especially among children, the old, and asthmatics. It's closely linked to the LA smogs that were a significant reason for emission controls being introduced in the US in the 1970s.

Could anyone go to prison?

There could be criminal prosecutions. The wrongdoing is extremely severe. Car companies have very good lawyers. Beyond those facts TopGear.com would not care to speculate.

Is it the right time to buy shares in VW?

You cynic. The shares have dropped nearly 40 per cent since last week. What's happening is the market 'pricing in' the potential financial damage to the company.

In other words, taking a guess at how this will play out, and valuing the shares accordingly. If you think it won't be that bad for VW, take a punt. Not that TopGear is in any way qualified or regulated to give financial advice. Really, you're on your own here.