James May on: driverless cars | Top Gear
Advertisement
James May

James May on: driverless cars 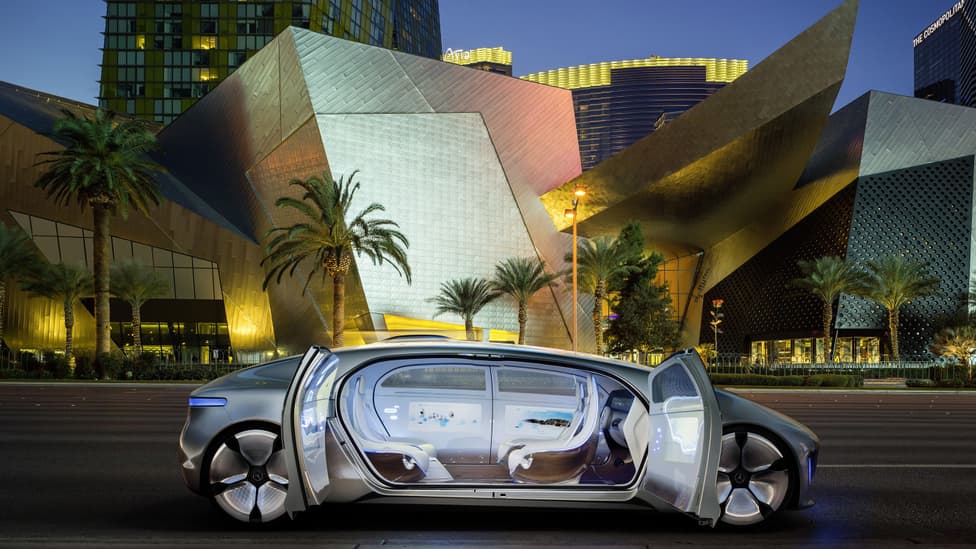 What, people keep asking me, is the point of this driverless car we've heard so much about? I can think of a good one straight off.

There is no more depressing phrase in the English language than ‘designated driver', except perhaps ‘buffet supper'. Being the designated driver is like being the German guards in the Escape from Colditz board game: it's a role no one wants, assumed only by a default of some sort. Even my good German friend won't be the guards in Colditz, unless we put him in the cooler for a month first.

But if we needed only to nominate a designated car? All could be in the arms of Dionysus, the job of steering given over to some sober and incorruptible algorithm, like being driven home by Judge Judy.

Anyway, driving, for the most part, is a bit dullsville. Especially on the motorway, where I always think I'd be better off on the train. The car requires just enough of my attention to keep me from doing anything worthwhile, but not enough to stimulate me. On the train, I can read a book, play on my computer or have another tall one.

But the car is more convenient, because it's outside the door, while the train is over at the station, and even then only if you're lucky. So why not climb aboard the car, relax and get on with something constructive while you go from A to B, rather than from something like D to W? Perhaps it could be designed to let you take control for that interesting wiggly bit at the end, for old time's sake.

However, there remains a problem. That journey I made from London to some dark corner of Kent the other day still took almost three hours, which is longer than I'd spend on any other activity. Three hours, to transport myself from England to the Middle Ages! The problem is actually the car, rather than the burden of having to drive it. Cars are slow.

So let's think further ahead. Richard Hammond has been, and has devised (admittedly only as a concept) a ‘home pill'. He's in Kent, he wants to be back in Ross-on-Wye, so he pops the pill and blam! - he's in the garden in his bath chair.

Unfortunately, this relies on something like teleportation, which is theoretically possible but remains one of those things we know we don't know. So over dinner in Kent, we turned the idea into an app called iHome. Here's how it works.

Richard Hammond has drunk 18 gin and tonics, and decides he wants to be back in Ross-on-Wye. He presses the ‘home pill' icon on his smartphone. Now a man, who is one of several who have been observing him just out of sight, fires a measured dose of heavy tranquilliser, in the form of a dart, into his exposed neck.

Hammond goes out like a light - he was about to anyway, to be honest - and the process of getting him home before he comes round again can begin.

Should Hammond need to be back in Ross-on-Wye in a hurry - and I can't imagine why anyone would - this would involve a dedicated business jet with a fast car at either end. If it's less urgent, the journey can be on a bus, a tramp steamer and a light commercial. Obviously this needs to be worked out in advance, and the tranquilliser dosage adjusted accordingly, so he doesn't wake up inside a packing case full of straw in the back of a UPS van.

The details of the journey need not bother Hammond. One moment, he'll be sitting opposite me at a table; the next, he'll be in the garden, his bed, his shed or wherever he entered in the ‘preferences' pane of iHome. I feel the same about him.

The logistics are clearly complex, especially during the trial phase. But once a lot of people have the app, a comprehensive network of operatives could be established, and various ‘home' routes could be combined for parts of the journey. Hammond may find himself - or not, as he'd be oblivious - in a packing case along with a global electronics salesman and a gap-year teenager. We've been able to do this sort of thing with letters and parcels for centuries.

This is the great advantage of iHome over the driverless car - the technology exists and is proven. We just need to apply it to people as well as birthday cards and pointless eBay purchases.

The only real hurdle is the cost. We worked out that getting Hammond back to Ross from Kent would cost quite a lot. About the same, in fact, as a well-specced Golf GTI.

So for now, he'll hold back on the G&Ts and just drive. As usual.