Jeremy on: having too much power | Top Gear
Advertisement
Jeremy Clarkson

Jeremy on: having too much power 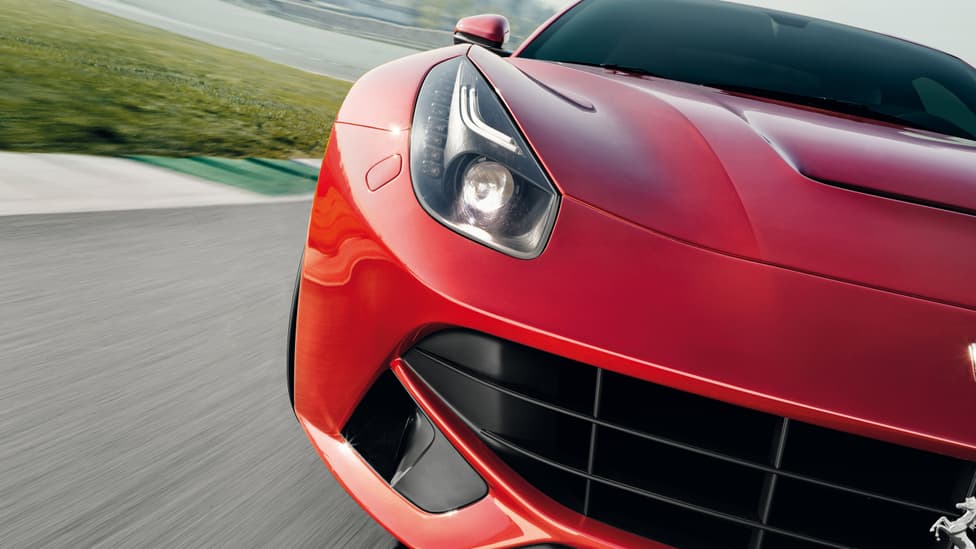 Such to the surprise of my colleagues, I concluded a recent televisual test of the new Ferrari F12 by saying that it would be better if it had a bit less power. They thought that perhaps I'd taken leave of my senses, or that I was joking. But I hadn't. And I wasn't.

Obviously, we must all marvel at the abilities of the Ferrari engineers who squeeze over 100bhp per litre from that massive V12. And we must marvel, too, at the company's chassis chaps who have built a cradle that can handle this colossal firepower. The F12 works. It is a wonderful and brilliant piece of engineering.

But it is also bloody scary. You know the brightest and best have worked their magic on the wiring in the traction-control system, and on the shape of the body so that it generates the right amount of downforce. But you also know that the contact patch between the tyres and the road would fit on a piece of A4 paper. That's all there is gluing you to the road. That's all there is between ending up at home. And ending up in a bag.

And that is always at the forefront of your mind when you mash your foot hard onto the throttle. Which is why, very shortly afterwards, you will take it off again. On a very wet road in Hertfordshire, the longest time I ever engaged full throttle was less than two seconds. 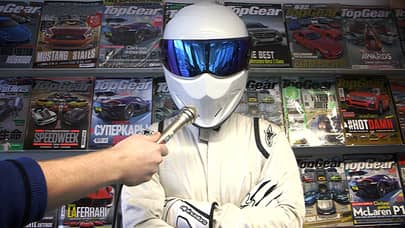 Announcing… An Evening With Top Gear!

The F12 is not alone, either. You have the same sense of being slightly out of control in the new Pagani Hyuerreuuryergh. And in the Mercedes-Benz SLS Black.

Yes, cars like this give you bragging rights at the lodge. My car is more powerful than your car, which means my penis must be larger. But what's the point of all that power when you daren't ever use it?

Any car with more than 700 horsepower is daft. You don't ever need or want more than 500. And, truth be told, most of the time, 250 is plenty. Which brings me neatly to the door of the new, MkVII Volkswagen Golf GTI.

I drove it around Britain for seven days. I went to Stratford and Guildford and Oxford and Rugby in it. I used it in London and on motorways. I used it on fast A-roads and on country lanes. And never, not even once, did I think, "I wish this was a bit faster."

It's a fabulous car, the new Golf, and I'm very tempted to chop in the Mercedes Black - which is getting old now - and buy one. But if I do, I will spend my whole time in it thinking: "Have I just wasted £12,000?"

Because that's the saving I could make if I bought a Ford Fiesta Sanitary Towel instead. I'm being serious, because, really, could you ever want for more car than this?

I don't think Ford did it on purpose. I think they decided to do a hot version of the Fiesta, for marketing reasons, and simply bought in all the requisite parts. And yet, somehow, they ended up with the perfect recipe. You can think of it, if you like, as Alexander Fleming messing about with his spores and his pestles until one day, by accident, he created the perfect antibiotic.

There's even some proof of this. Because just three months after it went on sale, Ford has sold half the annual allocation. It simply wasn't ready for the gem it had created.

Although the turbocharged 1.6-litre EcoBoost engine - stupid name - can deliver 197 horsepower for short periods, it spends most of its time chucking out just 179bhp. Sounds puny. But it isn't.

On the A44 between Woodstock and my home in Chipping Norton, there are only three places where you can overtake the inevitable Peugeot if you're driving a repmobile. In a powerful car, there are five. But such is the nippiness of the Ford, I found a sixth.

Part of the reason is that you don't have to worry about getting past and then slowing down sufficiently to take the next bend.
Because this is one of those cars that can take any corner at any speed. It has some kind of electronic trickery which mimics a mechanical front diff, and it works brilliantly. It's as though it deploys outriggers in the turns, which means the g-forces will tear your face off before grip is lost. And that means you have the confidence to use all of the power all of the time. The upshot is simple: the power in this car is never scary. It doesn't make you grimace. It makes you grin.

But surely, you may be thinking, the little Ford is going to be a bit spartan inside compared with a Ferrari F12. And you're right. It is. But it's by no means a cave.

What do you really need from a car these days? Satnav, for sure, and air-conditioning. A decent stereo with the ability to play tunes from your iPod is also vital. Along with seats that cosset and support in just the right places. The Ford has all of that, and, if you plunge into the options list, there's a whole lot more besides. Throw a load of money at it, and you could turn your Fiesta into a Mercedes-Benz S-Class.

But it's easier to park. And prettier. And it's a hatchback, so you can put a dog in the boot.

And, of course, I'm talking rubbish. Because if you want a Mercedes S-Class, or a Golf GTI or a Pagani Hyuerreuuryergh, you aren't going to think, "No, actually. It would be more sensible and just as rewarding if I bought a warmed-up Fiesta instead."

Which brings me back to where I started: with Ferrari. Its next car, the Ferrari TheFerrari develops, when the KERS system is deployed, around a thousand horsepower. Which is amazing. But then what? The logical conclusion is that one day, someone's going to make a car with a million horsepower. Or a billion. And since that would be impractical, it stands to reason that, sooner or later, the quest for more power must end. I suggest the time is now.

Which means that Chris Rea was right all along. For years, he's been writing songs at weekends, having spent the working week banging on at Ferrari, saying they're going in the wrong direction and that really they should be making cars like the Caterham R500. Only prettier. He even sends them drawings of what a modern-day Shark Nose would look like.

Well, it's time they started paying attention, because when the horsepower race ends - which it must - the new trend will be for lightness and delicacy. For the re-emergence of the true sports car.

Ford has shown that it's possible to have huge fun with a front-wheel-drive, 1.6-litre hatchback. Now imagine a car of that size with a Ferrari badge on the back. Drooling? I am.