The handsome new Mazda 3 has a funky, clever engine 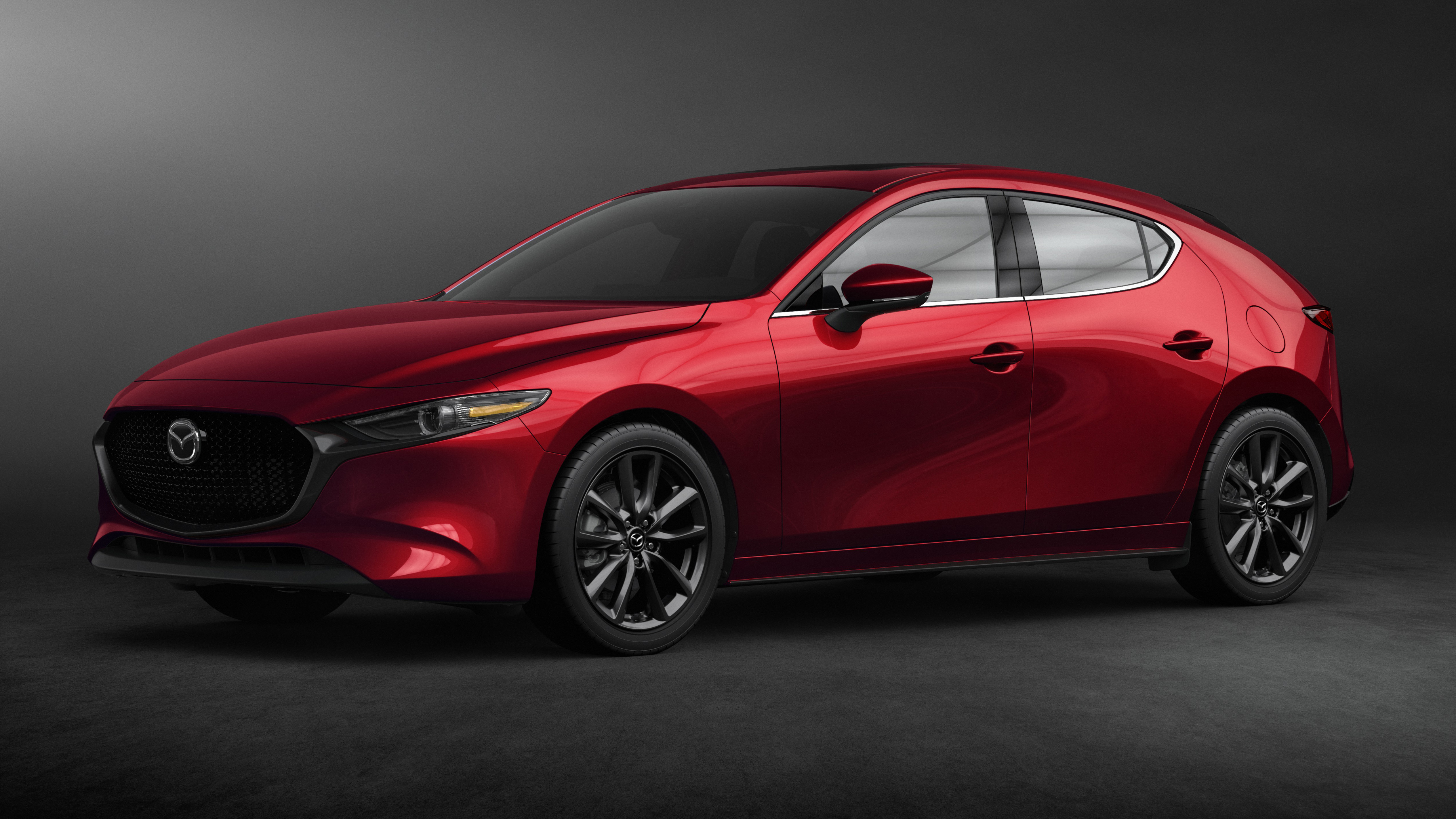 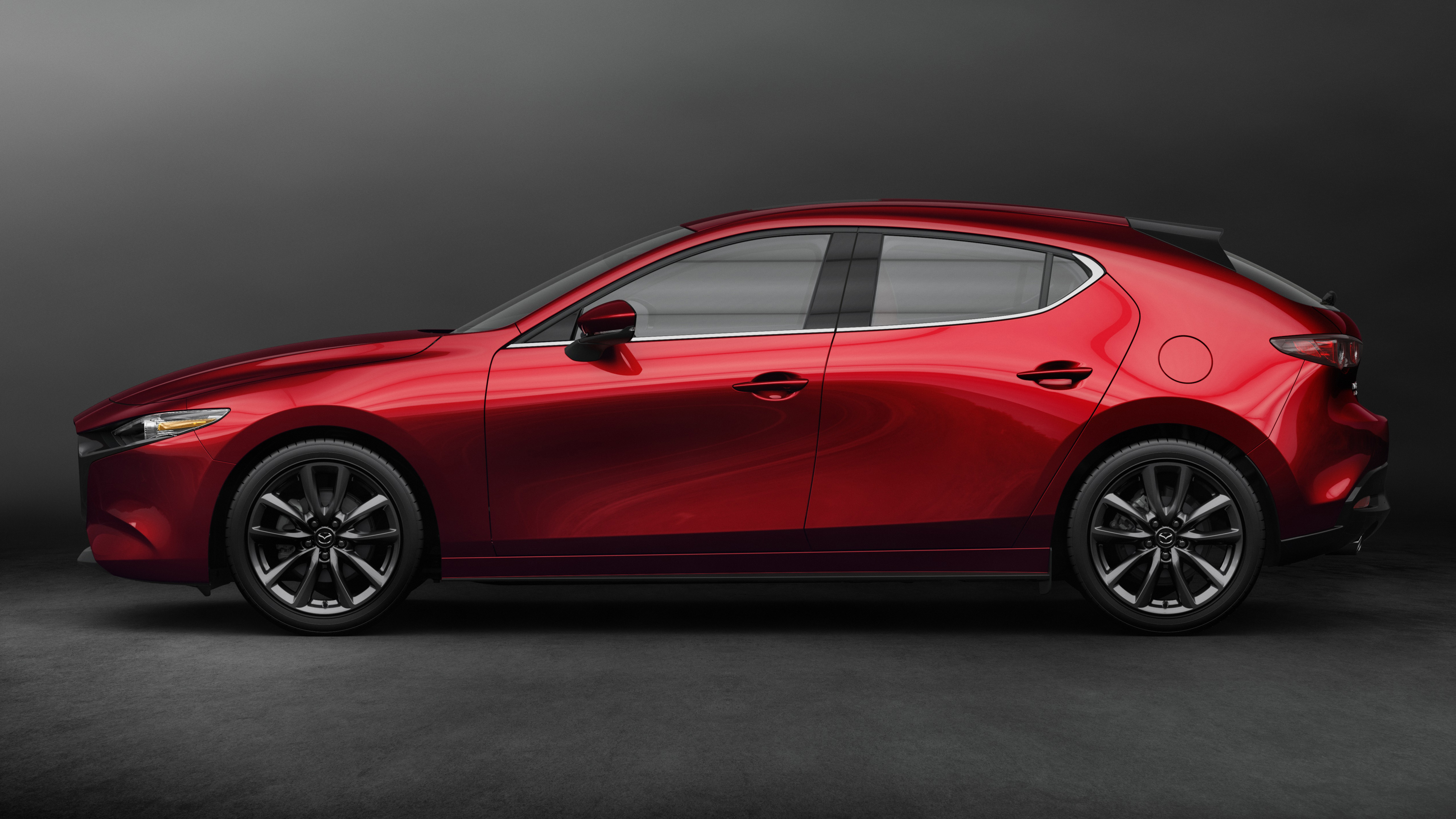 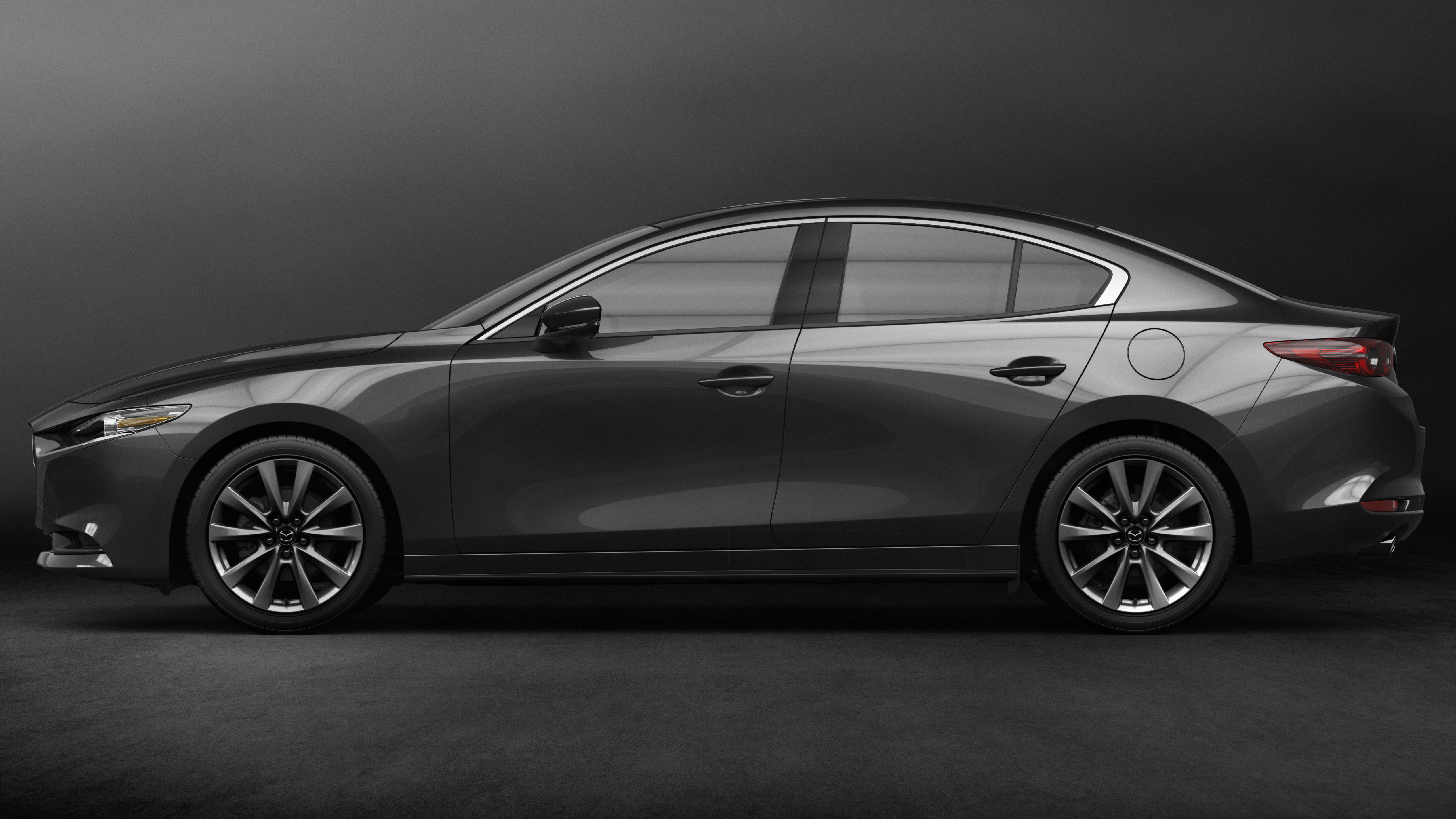 At last year’s Tokyo Motor Show, we told you to look at Mazda’s exceptionally good-looking Kai concept carefully as its design would probably not be a million miles away from the next Mazda 3. Well, Mazda has just unveiled the new production-ready fourth-generation of the Mazda 3 at the LA Auto Show, and you know what? We weren’t wrong.

Sticking with a jutting front overhang and an opposing curvaceous rear accentuated by a chunky C-pillar, Mazda’s design team has managed to use clever panelling and reflections to give the Ford Focus, Mercedes A-Class and VW Golf rival a purposeful and sporting look. Unfortunately, the killer stance and wheels shod in slick rubber have had to go for production, but the round rear lights have remained. Is it just us, or is there a whiff of Alfa to them?

Now, let's talk about Mazda's new engine. It’s an interesting one, being the first application of the Japanese firm’s clever Spark Controlled Compression Ignition SkyActiv-X engine. Put simply, it’s a petrol engine that thinks it’s a diesel. Utilising spark plugs for conventional petrol engine-style combustion, the engine can then switch to diesel-style compression ignition if needs be. Meaning you should get the performance of a petrol but the economy of a diesel.

This new-fangled engine is also complemented by a new 24-volt mild-hybrid system. But if this sounds a bit too technical and you like your engines without fuss, some bread and butter options will be available in the shape of Skyactiv-G engines (1.5-litre and 2.0-litre petrols) and a 1.8-litre Skyactiv-D diesel.

The Skyactivness doesn’t end there. The new 3 also brings along Skyactiv Vehicle Architecture with it too. This is a host of improvements to bring more connection to the driver through better seat position (one that’s kind to your spine), a stiffer bodyshell and revised suspension to improve feel and response. The cabin has also been made quieter for a more premium feel, and Mazda’s i-Activ AWD system now features 'four-wheel vertical load' detection, and works to manage torque distribution between the front and rear wheels. But, most importantly, “the windshield wiper operating speed control has been carefully designed to improve wiper performance.” Phew, we can finally sleep peacefully again.

Inside, a new red interior is available specifically for the hatchback (a saloon was also unveiled in LA and we should get a fastback in the UK) and everything that can be has been modernised with a digital spit and polish. The widescreen infotainment display has grown to 8.8 inches while it’s still controlled by a rotary dial. It’s a simplistic, clean and well thought out interior but will have its work cut out against the more mainstream rivals. Systems have increased though, with the introduction of semi-autonomous features such as a traffic jam assistant and a driver monitoring system.

No word on pricing yet, but it should be somewhere around the £20k mark and is due to go on sale next spring. But is it enough to tempt you out of a Focus or Golf? Let us know below.