Up close with the Peugeot 2008 DKR | Top Gear
Advertisement
Motorsport

Up close with the Peugeot 2008 DKR 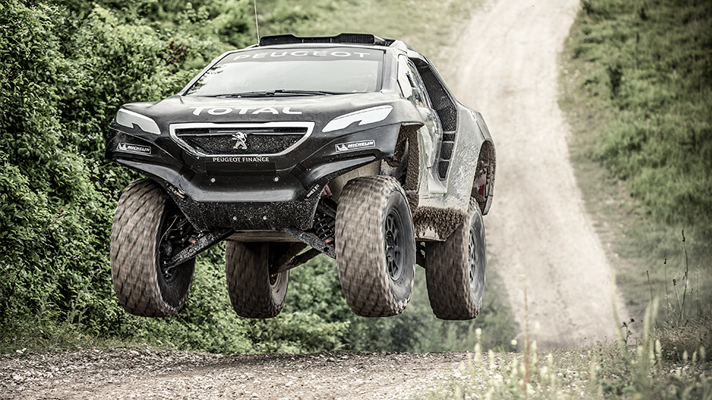 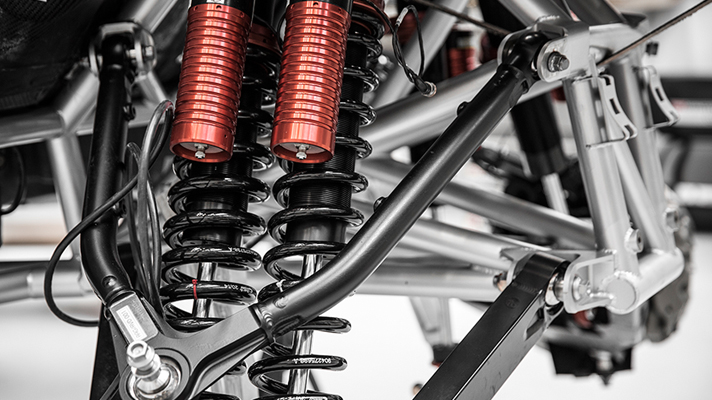 The French invented the Dakar Rally. All those notions of romantic isolationism and stark desert beauty chime perfectly with the country that gave the world the Foreign Legion. It's still an emphatically French event. Turn up at one of the race's overnight encampments and - no matter how remote the location - there will always, always be red wine and cheese available.

So it's completely understandable if you thought that the big French manufacturers would be all over the Dakar Rally. Once upon a time (1987 to 1990, to be precise), Peugeot did dominate the two-week-long endurance race - the toughest motorsport event on the planet - but in recent years, it's been the Japanese and German brands that have triumphed.

Next year could be different, as this will be taking part. ‘This' is the Peugeot 2008 DKR. It has precisely nothing in common with the 2008 crossover. Well, aside from the fact that, although the bodywork suggests otherwise, neither is 4WD. That's right, Peugeot's Dakar entrant is rear-wheel drive. This isn't as unusual as it sounds, as in extreme enduro races, giving the front wheels both steering and driving duties can create reliability headaches. The less there is to go wrong, the better. And there's another reason to avoid 4WD, too.

Mini has won Dakar for the last three years on the bounce. The Countrymans of the X-Raid team are 4WD, diesel and tough as Tonka trucks. And, on the Dakar, toughness counts. "It was the same when we went into Endurance against Audi," Peugeot motorsport boss Bruno Famin tells me. "We don't want to copy what they do, we want to find another way."

Going rear-wheel drive also brings Peugeot some advantages, as the race organisers strive to prevent the 4WDs dominating. "There are three advantages to 2WD at Dakar," Famin continues. "Minimum weight is lower, you have more suspension travel and you can change tyre pressure from inside the cabin." This last point is a vital time-saver on stages that flip constantly between sand and rock.

The Mini Countrymans use BMW's 3.0-litre twin-turbo diesel, but Peugeot has no premium sugar daddy with a handy stock of beefy powerplants. Yet that didn't stop it developing a V12 diesel for Le Mans or the monstrous 875bhp, 3.2-litre, twin-turbo V6 for the 208 T16 Pikes Peak car. That's why it's gone for a mid-rear-mounted V6 twin-turbo diesel engine offering 340bhp.

Tuned for torque and reliability, that V6 could just fit the bill. What we can say with certainty is that the underpinnings won't have much in common with the 2008. Maybe a doorhandle or a mirror might make the transition, but the demands of the Dakar Rally are such that nothing major from the basic road car will make the grade. The chassis will be a tubular spaceframe, the suspension will run bespoke twin shocks at each corner, and, no, there won't be a road-going version. If Peugeot failed to give us a genuine hot hatch during all the years it campaigned the 206 in world rallying, it's extremely unlikely we'll be getting a super-tuned 2008 to do battle with the Audi RS Q3 or the Mercedes-Benz GLA 45 AMG.

But the project will be a completely in-house exercise - this is not Peugeot paying an external team to run the car for it. Peugeot Sport is designing, engineering, building and developing the DKR itself - it's the same team working on this car as worked on the Pikes Peak T16 last year, the 908 Le Mans racer and the WRC rally cars. With that much variety, it's got to be an interesting place to work. There's even one mechanic who's been there since Peugeot last won the Dakar...

The driver line-up has been announced. Veteran rally driver Carlos Sainz, now 52 years old, is a proven race winner. Too old, you're thinking? Not a chance. Above all, Dakar is about experience. No car driver under 30 has ever won. There has never been a rookie winner, a first-time-lucky champion. Dakar is too difficult for that. Brutal. You want a level head on tough shoulders.

The other 2008 DKR driver isn't a driver at all. Cyril Despres has won Dakar five times on a motorbike. The Frenchman (a big tick in the box) is now making the switch to cars. Tricky, you'd think, but Dakar has a long history of racers doing just that with astonishing success - not least Stéphane Peterhansel, Peugeot's newest driver and an 11-time winner. Bruno Famin again: "Eighty per cent of the skills are the same for bikes and cars. It's about reading the road, not looking for the last tenth." He continues: "The Dakar has changed. It's very different in South America - still complicated, still specific, but more or less a very big WRC rally, and we know how to do those very well."

So what's the target for the race next January? "That is simple. The race is very difficult, but the target is to win."