What's the Bugatti EB110 Le Mans car like to drive? 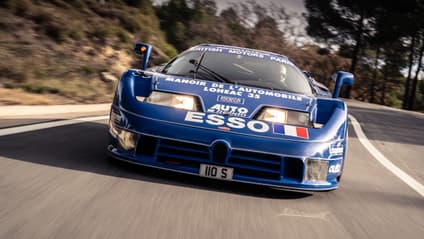