2WD vs 4WD: which is best? | Top Gear
Advertisement
Opinion 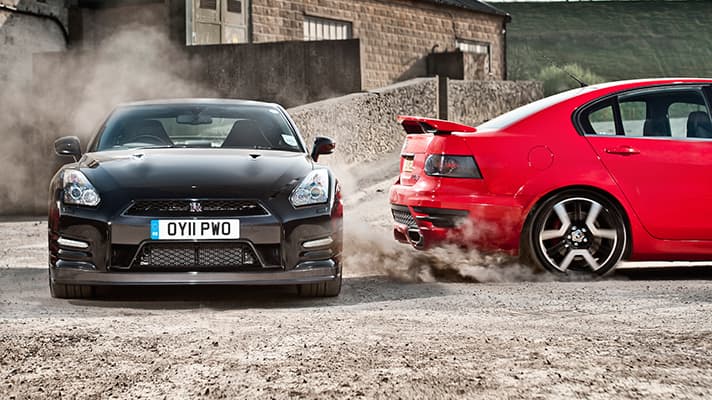 Four-wheel drive is like salt. Sometimes you need it. On tomatoes and chips. Sometimes - on cupcakes and strawberries - you don't. The interesting bit is when its benefits are surprising or debatable. Chocolate, for instance.

We all know about the tomatoes and chips cases. If a vehicle sets out its stall by off-road traction, or a super-powerful car needs to be sensibly operable under less than ideally grippy conditions, then 4WD is non-negotiable. Contrariwise, the cupcakes, when 4WD would obviously be ruinous. On track-day hardcore sports cars, for instance, where it corrupts the purity and lightness. And on normal superminis and hatchbacks, where it's a waste of space and money and fuel and power. No debate so far. The interest lies in the chocolatey areas.

Take two of the more brutally powerful modern estates. The RWD Mercedes E63 has nicer steering and is better at melting its - rear, obviously - tyres in smokey skids. But the 4WD Audi RS6 can get its power down more successfully in any second- or third-gear corner, and almost all the time if it's wet. Read the article, decide on your own priorities, pick your own winner.

In any case, sporty 4WD cars are getting better. That RS6 shows that lighter turbocharged engines, and aluminium in the bodywork, have reduced the nose-heavy slow-corner understeer. The Nissan GT-R achieves weight balance by having the gearbox in the back. The Ferrari FF has a second ultra-light two-speed gearbox for the front axle alone, with controlled-slippage clutches. The 911 Carrera 4 is just 50kg heavier than a C2, and here the weight distribution is better - less rear-biased. All of these cars have clever torque-vectoring and controlled diffs to balance up the drive front-to-rear and side-to-side, to chip away at any bothersome understeer and deal with any lairy loss of traction at the back. 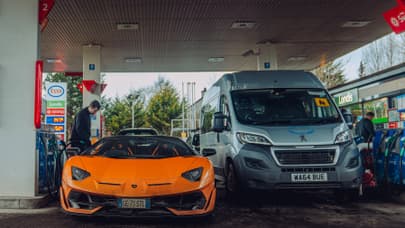 Porsche and Ferrari highlight the sports-car cases. With the 964 generation, the 2WD 911 could be a bit too interesting in the handling department, while the 964 Carrera 4 was controversially duller: less feelsome and more nose-led. Gradually over the generations since, the foibles of the C2 have been expunged, leaving less need for a C4. But guess what? The C4 has come to act almost entirely like the C2 in the dry, yet when it's damp it's evidently better in terms of traction and stability. It's now at the point where, in all honesty, why wouldn't you?

Once you get to Ferrari V12 power outputs, then you find the F12 is almost comically dependent on traction control in the wet. It's a car for driving on special occasions, when the mood as well as the sky is sunny. By contrast, the Ferrari FF is positioned as the usable machine: more seats, more boot and, crucially, more capability in the wet. But honestly, when I was in the FF on a set of clear, dry upland corners, I never found myself thinking the Ferrari experience was coming to me significantly muffled by the interposition of the 4WD gubbins between me and the front tyres. Because when it's working, it communicates well, and when it's not needed, it butts out.

So, broadly speaking, the more performance you've got, the clearer the argument becomes. If a car needs to be manageable or everyday-usable, then 4WD is handy. If drama and involvement is all, then RWD will do the trick. When you're at lower power levels, say BMW M135i versus M135i xDrive, it's maybe harder to choose. And when the two driven wheels happen to be the fronts, then the changeover point where 4WD is desirable moves down the horsepower scale. In all honesty, the turbo-torquey 250bhp of today's hot hatches is about it. Maybe beyond it.

Of course, everything that helps the latest 4WD cars also helps the 2WD ones, whether front or rear drive: better weight distribution, clever diffs, extra finesse in the stability controls, adaptive dampers and anti-roll systems. They can all improve traction and slap down any unruliness. Most of all, so do ever-improving tyres.

Tyres, too, are critical in the other kinds of vehicles where 4WD traditionally held a grip: off-roaders. Most folk have come to accept that they don't need military-strength mountaineering ability. They've shifted into soft-roaders, and most of them choose 2WD for all the usual reasons of cost and economy - and because if traction out of a tight exit was high among your priorities, you'd never be seen in a soft-roader in the first place. So a FWD soft-roader on today's all-season tyres with specially optimised traction control can get itself out of a lot of slippery spots, leaving the 4WD option for folk who regular tow boats up slipways and caravans out of fields. Or how about electric-only rear-axle drive? That's how the Lexus RX and Peugeot 3008 work. Sure, those rear electric motors aren't powerful - under 40bhp in the Peugeot's case - but if it's slippery underneath, then the tyres can't take a lot of power anyway.

It's a bit of an oddball solution, but when it's slippery underneath, it's a surprising success. Kind of like salty chilli chocolate, really.