Sideways in a Tesla Model 3 Performance with Track Mode 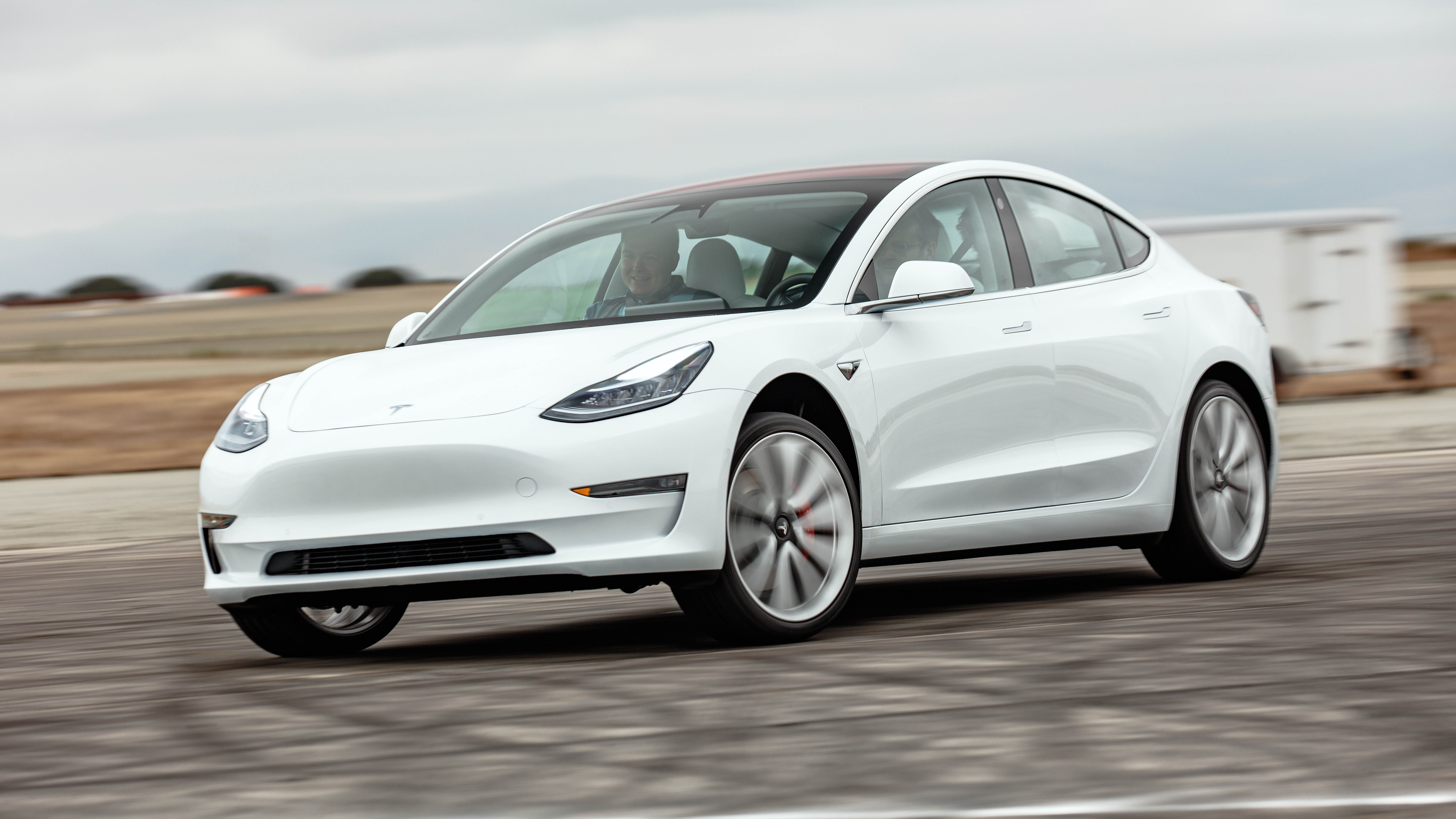 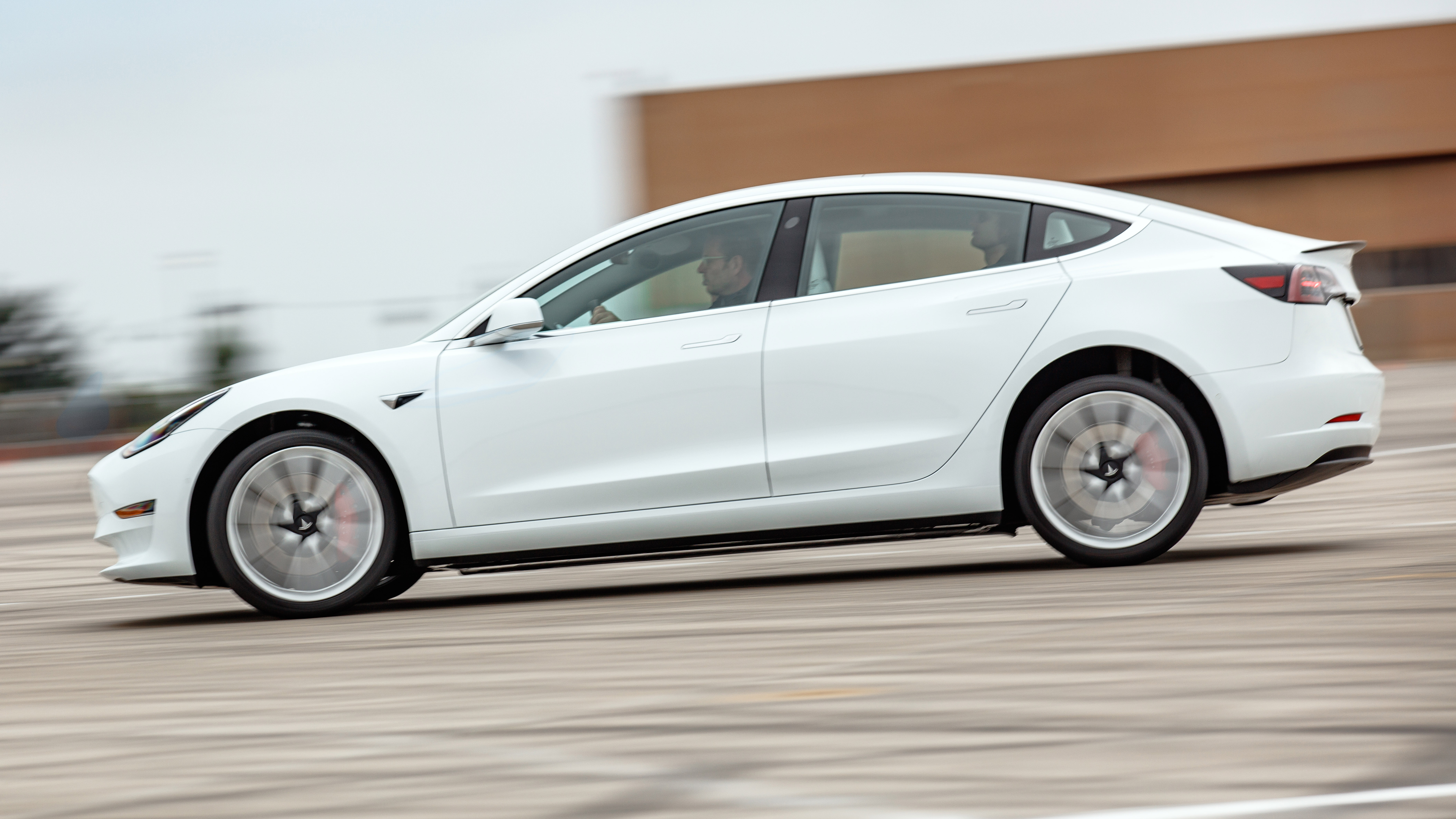 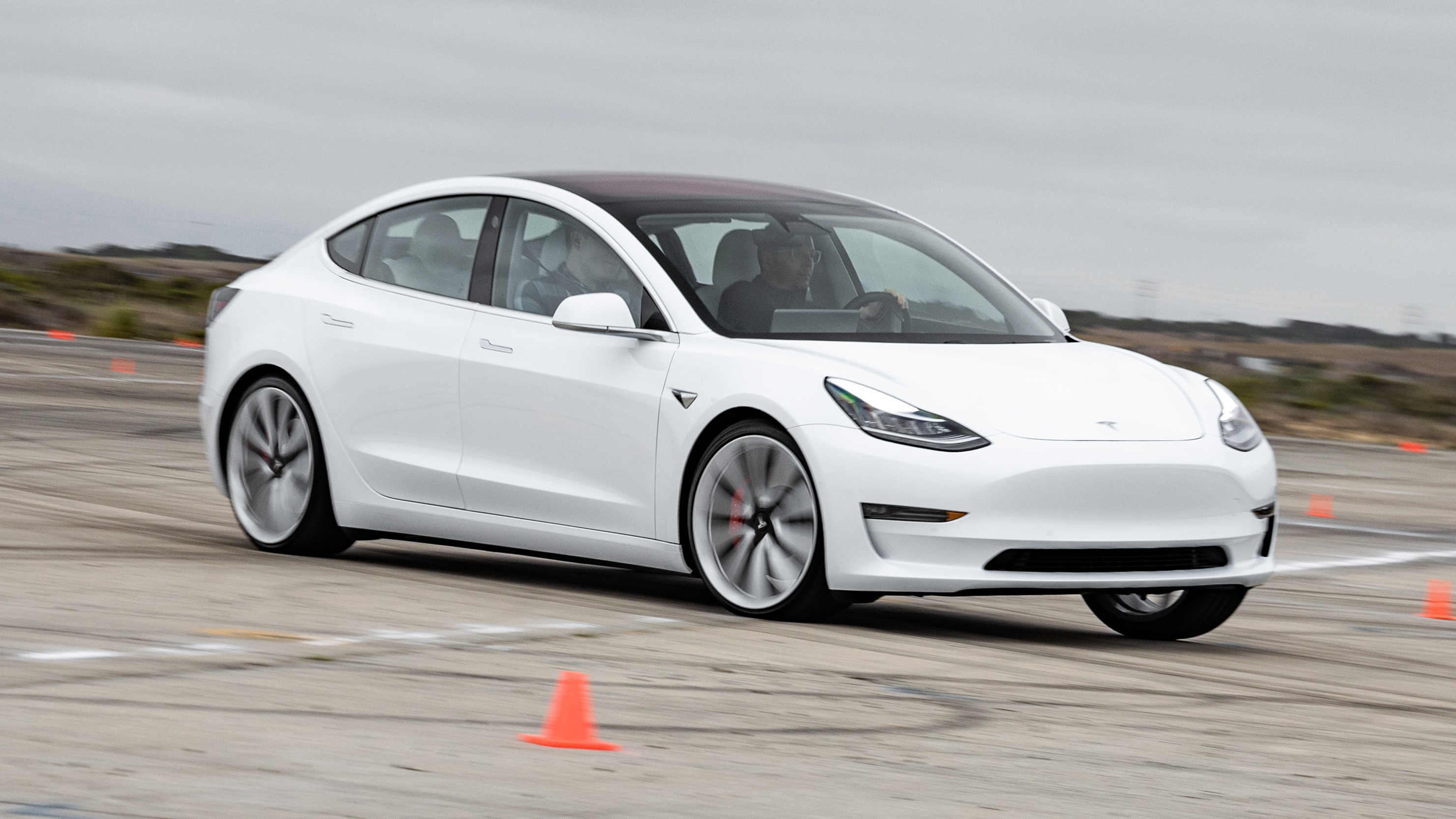 On a windswept airfield near Monterey, close to a decommissioned military site, a handful of Tesla Model 3s are parked up. Through the haze, an apparently random set of cones delineate a course that’s there for one reason only: to show off the Model 3’s handling. We’re talking sudden high-speed lane changes, slaloms, hard braking, and yes, drifting.

Tesla has come a long way since the introduction of the Roadster back in 2008. The boss, Elon Musk, is regularly characterised as part Tony Stark, part Bond villain, depending on what side of bed he’s climbed out of. Assuming he’s been to bed at all, if current reports are to be believed (Ambien is powerful stuff – Elon, step away from Twitter). But forget the cult of personality; the Model S and Model X have still upended the automotive world in a way few would have imagined possible a decade ago. Meanwhile, the company has had a market cap greater than Ford and GM’s, despite having never made a profit (bar a small one in Q3 of 2016, when Tesla sold Zero Emission Vehicle Credits to other car manufacturers).

One thing is indisputable: no-one ever bought a Tesla for pure driving kicks. Not until now, anyway. The Model 3 isn’t just the Tesla that turns the company into a genuine volume player (half a million advance orders, with the attendant much-publicised production tribulations), it’s also the one that aims to stick it to the likes of the BMW 3 Series and Mercedes C-Class for driving dynamics.

Which is where the new Track Mode comes in. Over to Tesla to elaborate: "Since the introduction of the Tesla Roadster, we’ve exploited the immediate availability of motor power and torque to achieve unprecedented straight-line performance, making the car’s forward acceleration a pure extension of the driver. With Track Mode, our goal was simple: use that same motor power and torque to make cornering feel just as natural as forward acceleration."

Well, about time. Yes, the supercar-shaming, instant-torque jowl-flapping acceleration the Model S in Ludicrous mode delivers is one hell of a party trick. But we like going round corners quickly, too, and the S and X are frankly a bit… lumpen.

So Tesla’s engineers have been beavering away on vectoring the dual motors’ torque and using brake force to sharpen the Model 3’s cornering. It’s nothing new, but what is interesting is that they’ve developed their own Vehicle Dynamics Controller, and all the software is in-house. Virtually every other car maker uses systems developed by a tier one supplier, and then tweaks the software accordingly. Even Ferrari. Tesla didn’t think it could achieve the level of integration it wanted, so it’s a lone wolf. Well if anyone can write their own code, it’s these guys, right?

Give it the berries on the way out of one corner and into another, and yep, we’re sideways. On the next run we’re drifting

So, onto the airfield. The Model 3 doesn’t sit the driver low, not like in an Alfa Giulia Quadrifoglio, or fast BMW 3 Series or Merc AMG. It simply doesn’t feel as purposeful, and the absence of pulsing instrument dials or ‘racy’ lightweight seats suggests this is intentional. But following a demo run from a Tesla engineer, there’s no doubt that a) the chassis is capable of magic and b) some clever people have done some trick stuff with the energy made available by the dual motors.

Delve into the touchscreen menus and engage Track Mode. That’s it. The VDC monitors all driver inputs and the vehicle’s state, and divvies up the torque front to rear. As with any fast car, it takes time to dial into it, and the slip angles are in direct proportion to the size of your cojones, but it’s worth reiterating: Track Mode allows you to do it. Give it the berries on the way out of one corner and into another, and yep, we’re sideways. On the next run we’re drifting. Towards the end, you can even get it rotating with a Scandinavian flick. Now that I did not expect...

Track Mode also increases the amount of regenerative braking. Tesla says it improves the endurance of the system, sends more energy back into the battery, and helps it unleash the maximum amount of power. The VDC also uses it to temper rotation when you come off the brake pedal.

In addition, Tesla has addressed the extra thermal problems caused by, um, enthusiastic driving. The battery and drive unit temperatures are reduced, and stay cooler in between sessions. The powertrain is also primed to cope with the extra heat, and overclocking the air compressor increases the capacity of the refrigerant system.

The Model 3’s build quality continues to generate headlines: all I can say is that I hammered the thing relentlessly for 15 minutes, and nothing fell off or exploded. (The ride isn’t quite supple enough, on any Model 3, but it’s accomplished enough.)

Although scarcely a natural track day weapon, the internet will no doubt soon be filling up with footage of Model 3s doing apparently improbable things. Beyond toasting Nissan GT-Rs and the like off the line. Available on the Model 3 Performance derivative, Track Mode dramatically ramps up the entertainment quotient, and will receive regular ‘over-the-air’ updates as the engineers continue to evolve the system. This is all part of the fun, while trad car makers desperately try to uncouple themselves from seven-year production cycles. Me, I miss the noise, and changing gear, as ancient a concept as it might seem, is still key to the experience. But hey, it’s 2018, and the world is moving on.

Could the Model 3 be lighter? Of course, and when I jokingly suggest a Club Sport version the Tesla engineers – car guys to a man – they admit they’d consider doing one for their own amusement.

With these guys, anything is possible. Ludicrous? Not so much. More ‘Unexpected’.