The Toyota Tacozilla is a gnarly, retro campervan 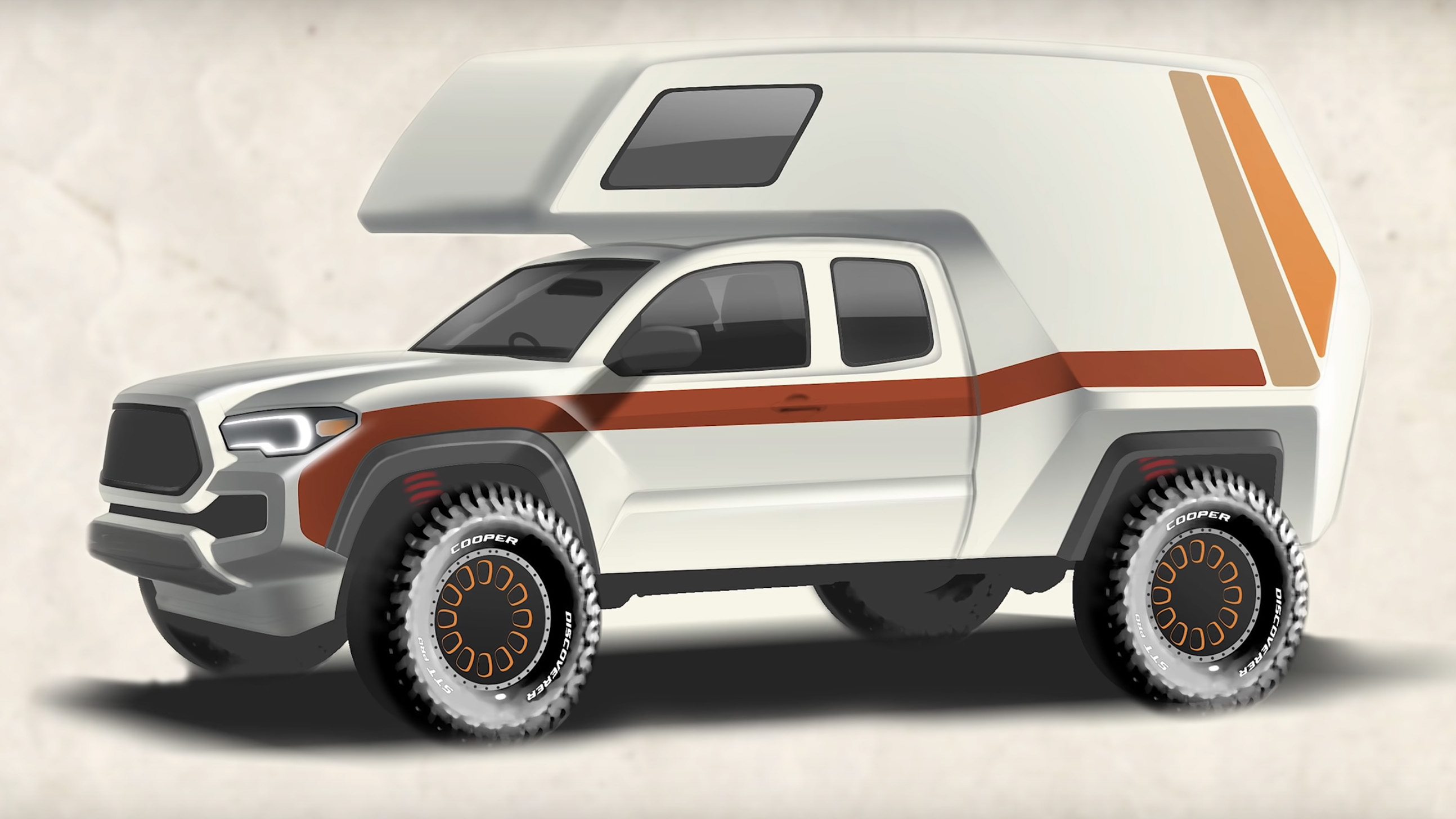 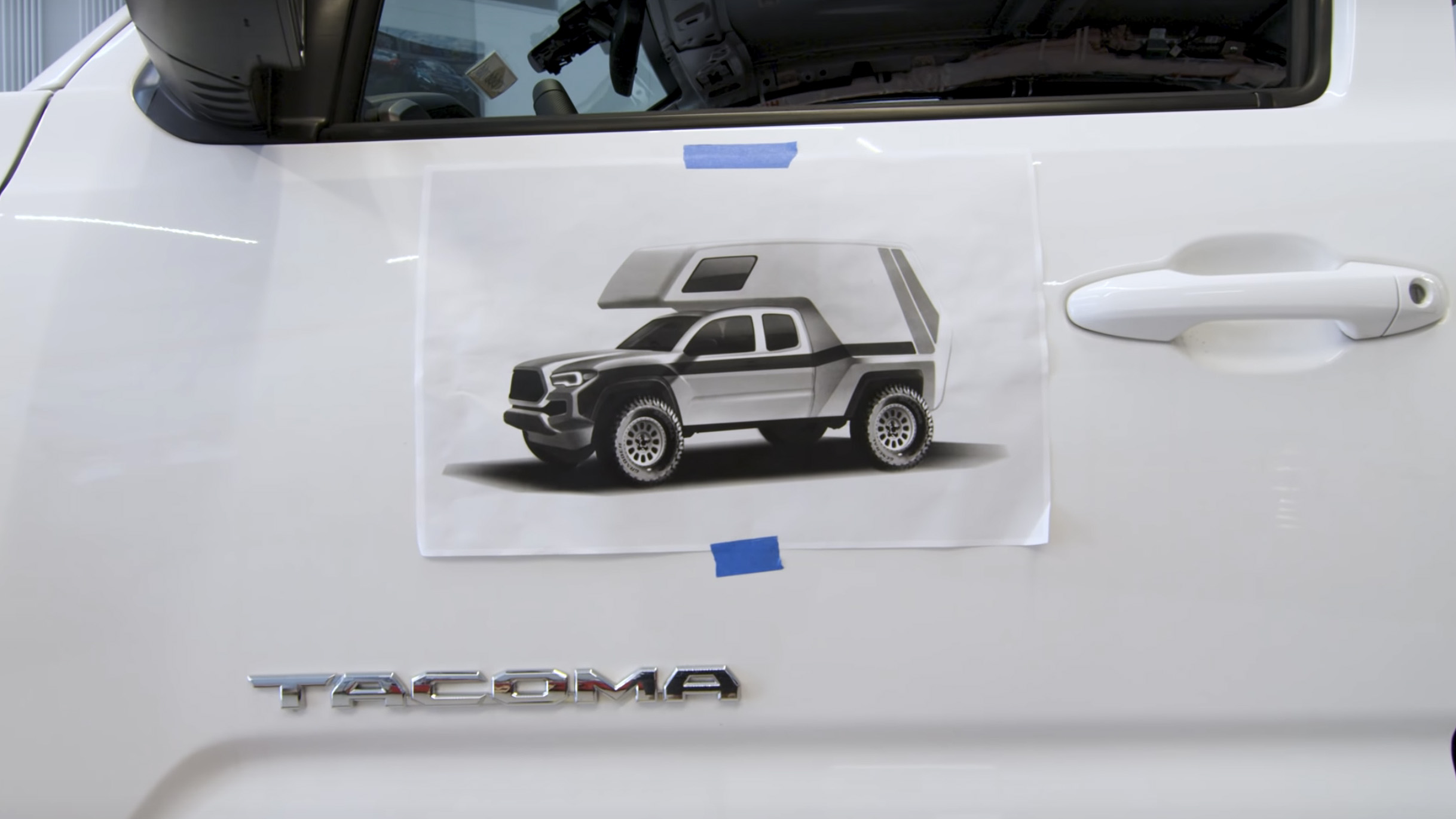 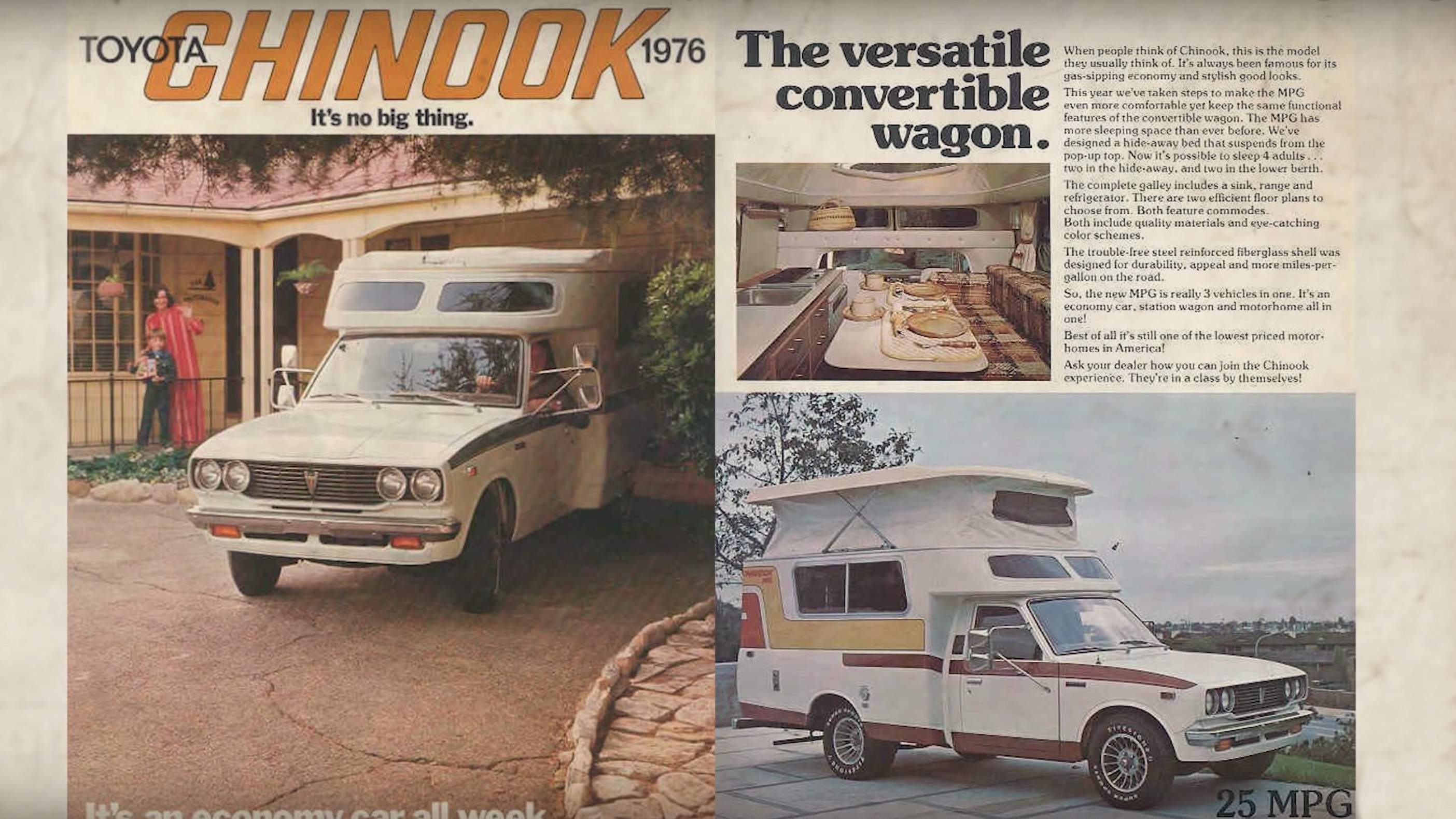 We’re now fully versed in carmakers producing their own concepts for the SEMA show. What we’re less accustomed to is those concepts being retro-inspired campervans.

The Toyota Tacozilla will be just that. It’s a modern-day tribute to the Toyota Chinook, a road car-based camper you’ve almost certainly never heard of. Dispelling any blank faces, though, will be the same white, red and orange colour scheme as both the Chinook and abundant Toyota racecars, while the manual-transmission, TRD Sport Tacoma pick-up beneath also suggests there’s some performance nous to the whole thing.

“It’s going to be a beast,” promises the project’s team manager, Marty Schwerter. “People are gonna know when you’ve showed up. I’ve been around racing my whole life. Racecars are cool looking. I want campers to be cool looking too.”

The early sketches suggest the Tacozilla will do the job. The edges of its ‘micro house’ annex are rounded off and its almost kamm-tail rear styling isn’t just for show; it helps lessen approach and departure angles to make sure this thing is as gnarly as you’d hope. Camping in Insta-friendly locations will have never been so easy.

Though Schwerter is open about just how limited the ‘Zilla’s ‘hotel room’ act may be. “Motorhomes are designed to house people who are 6ft 2,” he says, before acknowledging the hindquarters of the Tacoma will be “space-limited”. Though no doubt there’ll be some good old fashioned surprise ‘n’ delight in discovering how the engineering team have navigated the issue.

And as its name suggests, the Tacozilla won’t exactly be a tiddler, either. “You’ll stick out four feet above anyone else in the parking lot,” he adds, before saying “I just hope it can be half as cool as the original Chinook was.” The signs are good, Marty…