Yes, this 80s supercar poster boy has no roof and a ‘For Sale’ sign in the windscreen 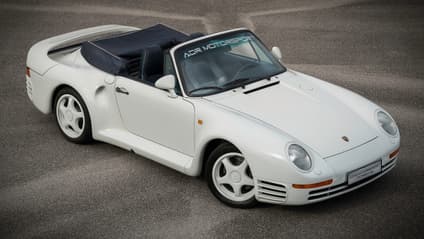