After much driving, several spins and arguments, we’ve whittled it down to five. Harris picks a winner 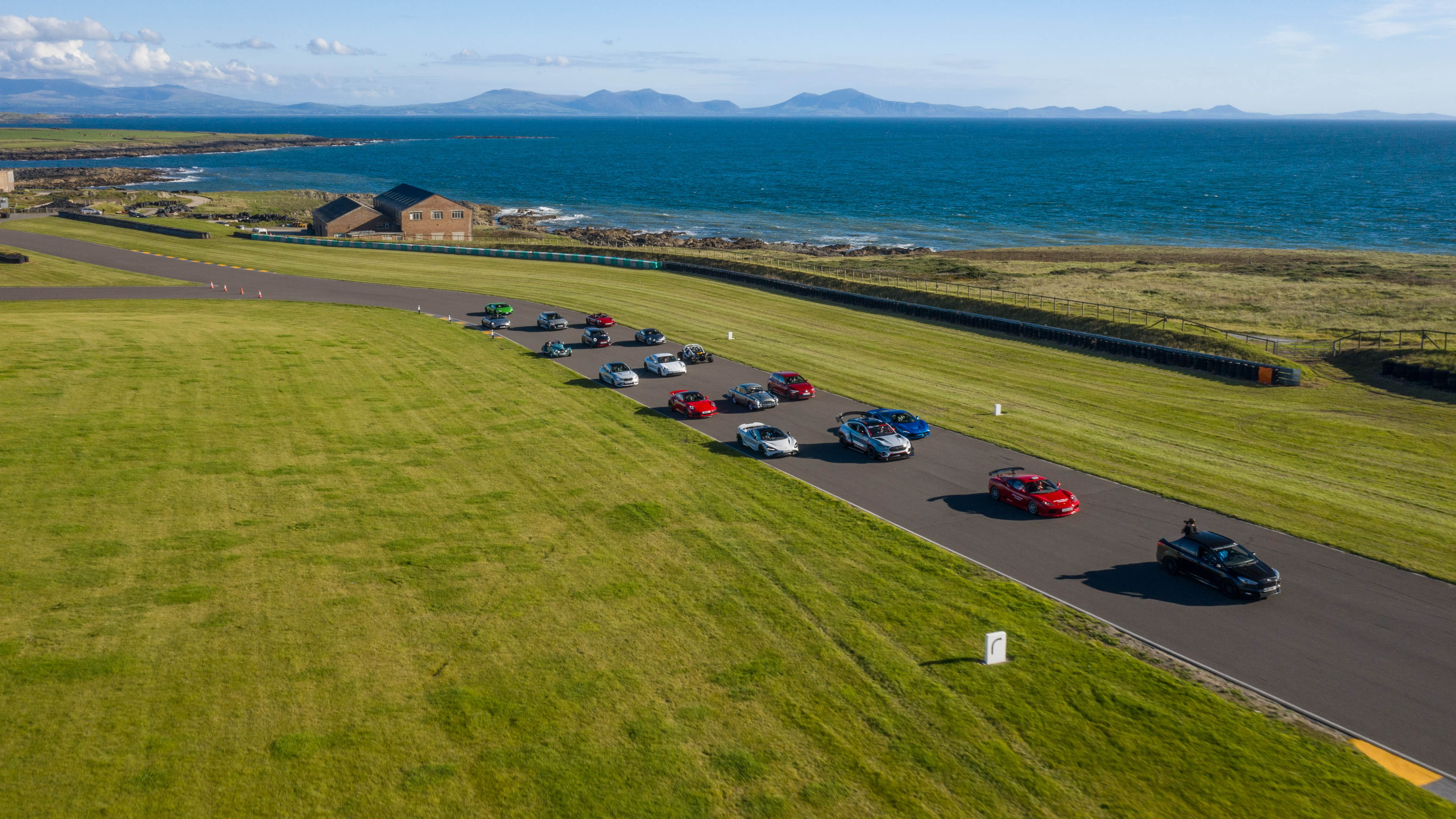 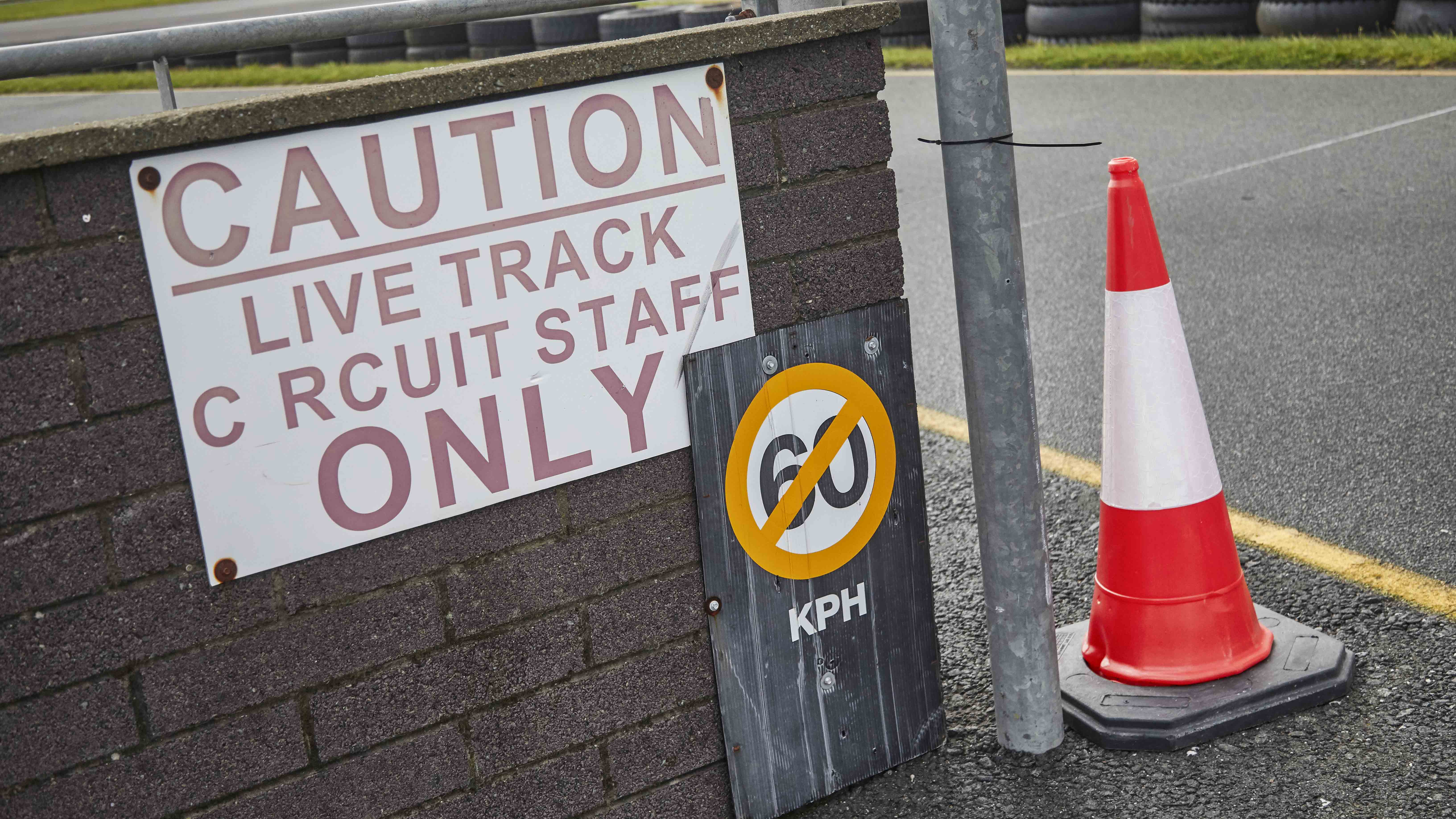 The first full rotation occurred at 35mph and was largely due to the fact I was convulsing with laughter. The second happened a lap later and even though I was still giggling like a child, the reason for the spin was me applying nothing like enough corrective lock, nothing like quickly enough. But then, driving a replica Aston Martin DB5 that contains plenty of E46 BMW M3 and runs skinny Avons from a historic race car does require some adjustment when your head is adjusted to a load of very fast modern tackle.

And before you ask, no, you can’t buy this car. That might already have been mentioned earlier in this camping fantasy, but I’ll happily raise a hand to suggest that you bloody well should be able to. Here we are, lost in a sea of pointless crazy fast supercars, many of which will wear Aston Martin badges, and a stunt-double DB5 with skinny tyres and under 350bhp arrives to remind us all where things are going wrong.

You see, in this cod-DB5, you smile. You savour the controls – even if the steering is so slow it might be handy to fit a forklift knob and the brakes require an almighty push. You drink in the noise of that straight-six and the delicious lack of silencer boxes under your buttocks. And then you realise that a well driven Fiesta ST would drive rings round it and you simply don’t care. There’s a reason why the restomod scene is exploding – the formula is so simple and enjoyable. Take a beautiful looking machine and make it fun to drive. And that’s why everyone who drove it emerged crying with laughter.

But sometimes speed alone can seduce, and when that speed arrives silently and a little bit opposite-locky – as it does in the Porsche Taycan – the result can be curiously addictive. This is the car to give us hope in the electric era because the way it steers, stops and handles feels so naturally Porsche that the driver quickly forgets the fact it doesn’t use liquid fuel.

Actually, that’s not strictly true, because I’ve never driven anything that bolts from what we used to call a second-gear corner the way this thing does – the acceleration is brutal. Yes, it’s too heavy and the packaging is a touch odd because the rear seats aren’t quite big enough and neither is the boot, but it has to make the final cut not only for the way it drives, but for what it represents. I can remember being at a Porsche Boxster launch not that long ago when the CEO announced Porsche would never make a diesel. Now it’s selling the best driving electric car in the world.

The M2 CS straddles those two – it harks back to a time when M cars adhered to the simplest of recipes: rear-wheel drive, six cylinders and a small bodyshell. I loved ragging this thing around Anglesey because, much like the Aston, it left me questioning the point of something with over 600bhp. BMW is a little coy about the chassis changes over the already brilliant Competition model, but they do make a big difference on a circuit. The front axle is far better supported and the way the CS turns in is remarkable for something that is actually a bit too podgy for its own good. Is sharp turn-in grounds for buying a car? Does it justify the CS’s rather terrifying price tag? Probably not, but this is a very special car and with the new M3 and M4 appearing to have borrowed facial features from a yawning rabbit, it might mark the high point for M cars in this decade. Just make sure that you go for the manual version – it’s way more fun.

In these tumultuous times, I find it quite reassuring that this test ultimately comes down to a choice between Ferrari and Porsche. And not their fancy hypercar offerings either, but the classic mid-engined Berlinetta and the turbocharged 911 – the real one, not the baby ones which of course are all turbo’d these days anyway. In various forms, these two cars have been tearing chunks out of each other for the last 45 years. This rivalry has pushed them to a place where they are simply brilliant cars on road and on the track.

It is hard not to approach the F8 without a dose of cynicism – because it really is just a facelifted 488, which itself was also a revamp of the 458 Italia from way back in 2009. It is an old car and I assumed that it was a hastily conceived stopgap to cover the fact the new hybrid equipped Ferraris are proving themselves a little tough to calibrate. But the F8 really is everything that a Ferrari should be – handsome, outrageously fast, a proper handful with the systems off and all the time it is totally usable.

What a shame that the market has become obsessed with limited-run specials and, to many buyers, these ‘ordinary’ machines are viewed as tedious transactions they must make to gain access to the stuff they can boast about on Instagram. The uncomfortable truth is that the F8 is a better car than the Pista and just about anything else on sale.

The engine is sensational – all the benefits of massive turbo torque, but it zings to the limiter in a way that will leave 488 owners scratching their heads. The chassis can be stiff as a board for track work where the clever diff means it doesn’t understeer much at all – but you can hit a button for extra ride comfort on the road. Yes, the cabin is a shambles, but to drive, this thing is everything the 765LT wasn’t.

The Porsche manages the same ‘is it really turbocharged?’ trick. It may lack some of the F8's power and weigh more, but it feels every bit as fast. And just as people in my profession have been saying for the past 45 years the Porsche feels less special, I need to continue that trend because the 911 does feel more ordinary. Its operating window is wider though, largely because its 4WD means the capital ‘T’ Turbo remains a cross-country monster when it rains.

There aren’t many opportunities to use everything on offer but, when you do, the effect is mind-scrambling. I haven’t driven a car that can demolish any asphalt surface – track, A-road, B-road, motorway – the way this car can. There’s genuine personality too. It still feels real 911, from the steering to the staggering brakes and flat-sixy intake noise that yowls into the cabin.

The price is loopy, but then so are its capabilities and after three days at Anglesey in all weather conditions the 911 Turbo has constantly impressed us all and claims our title of Speed Week Champion 2020.