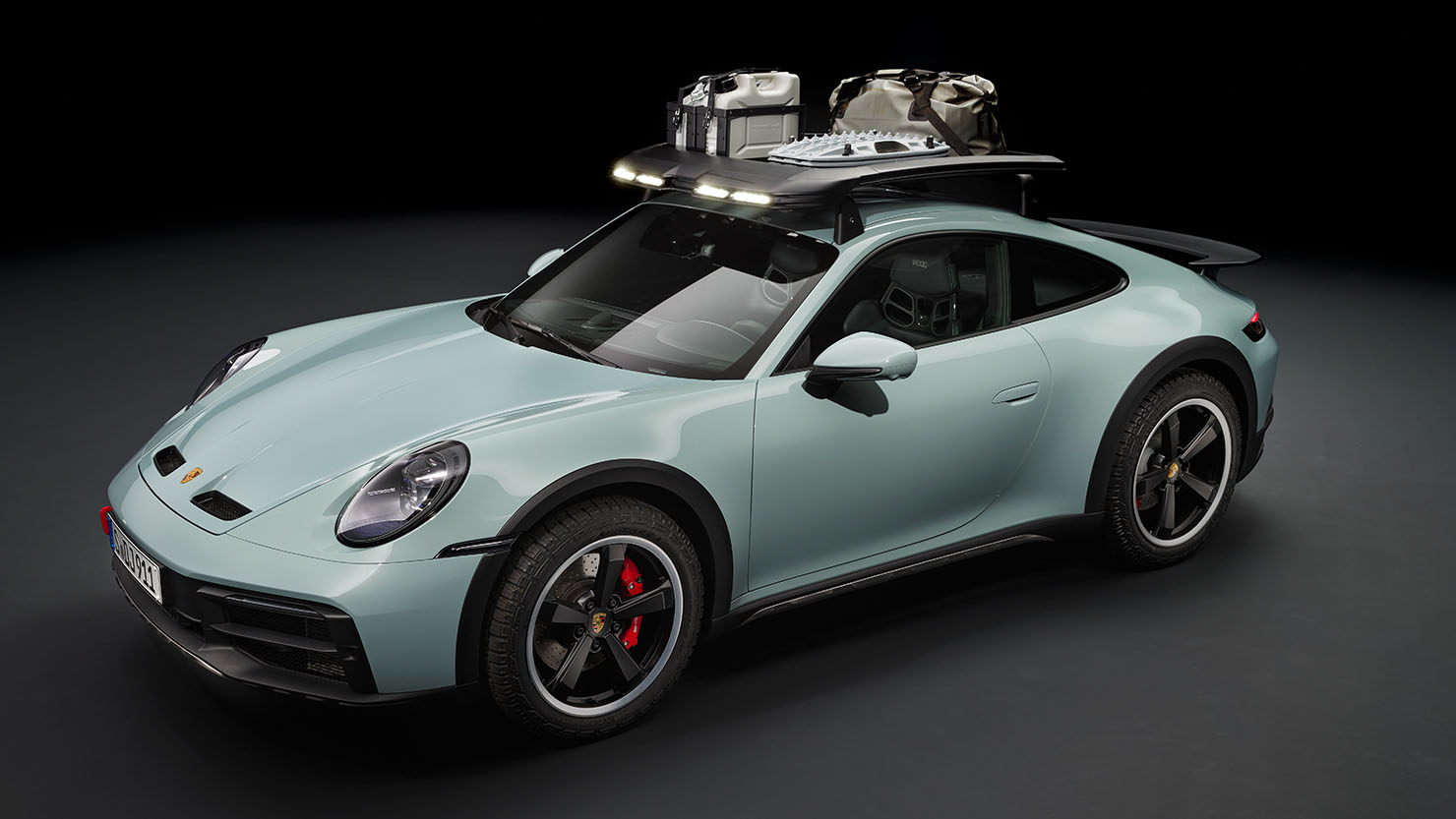 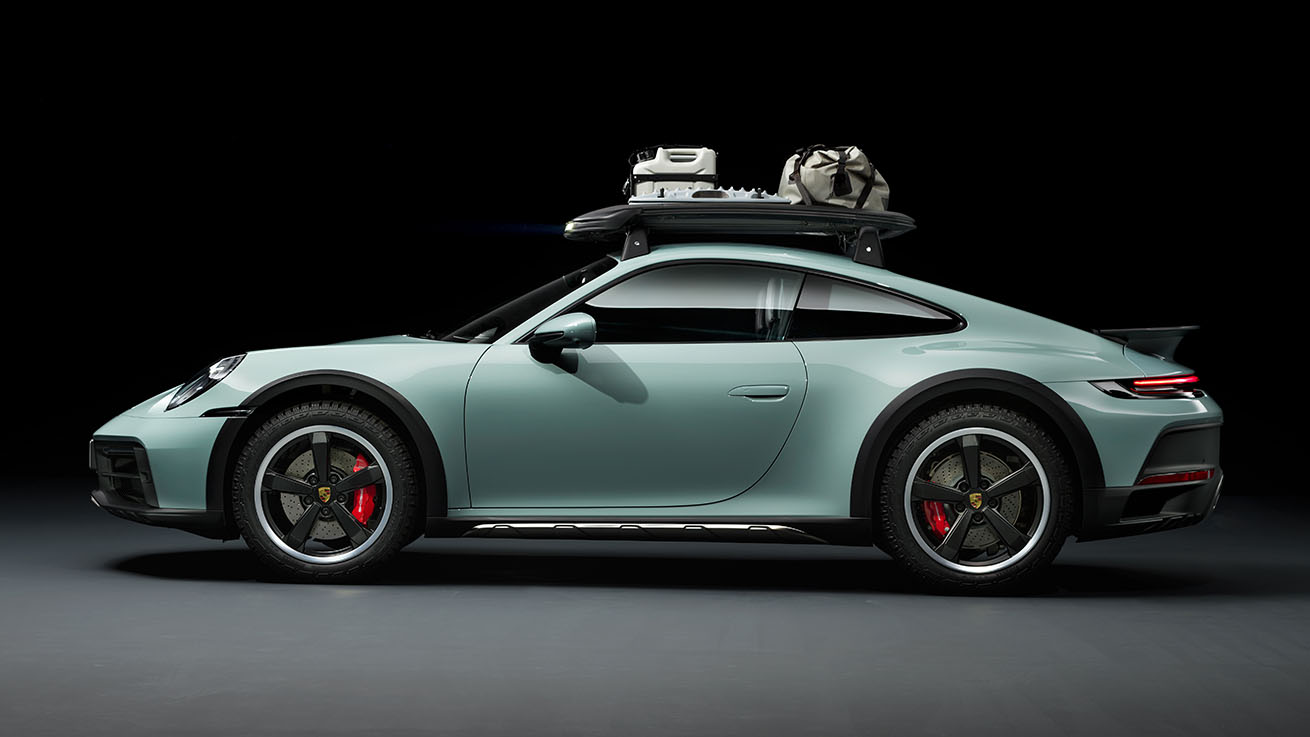 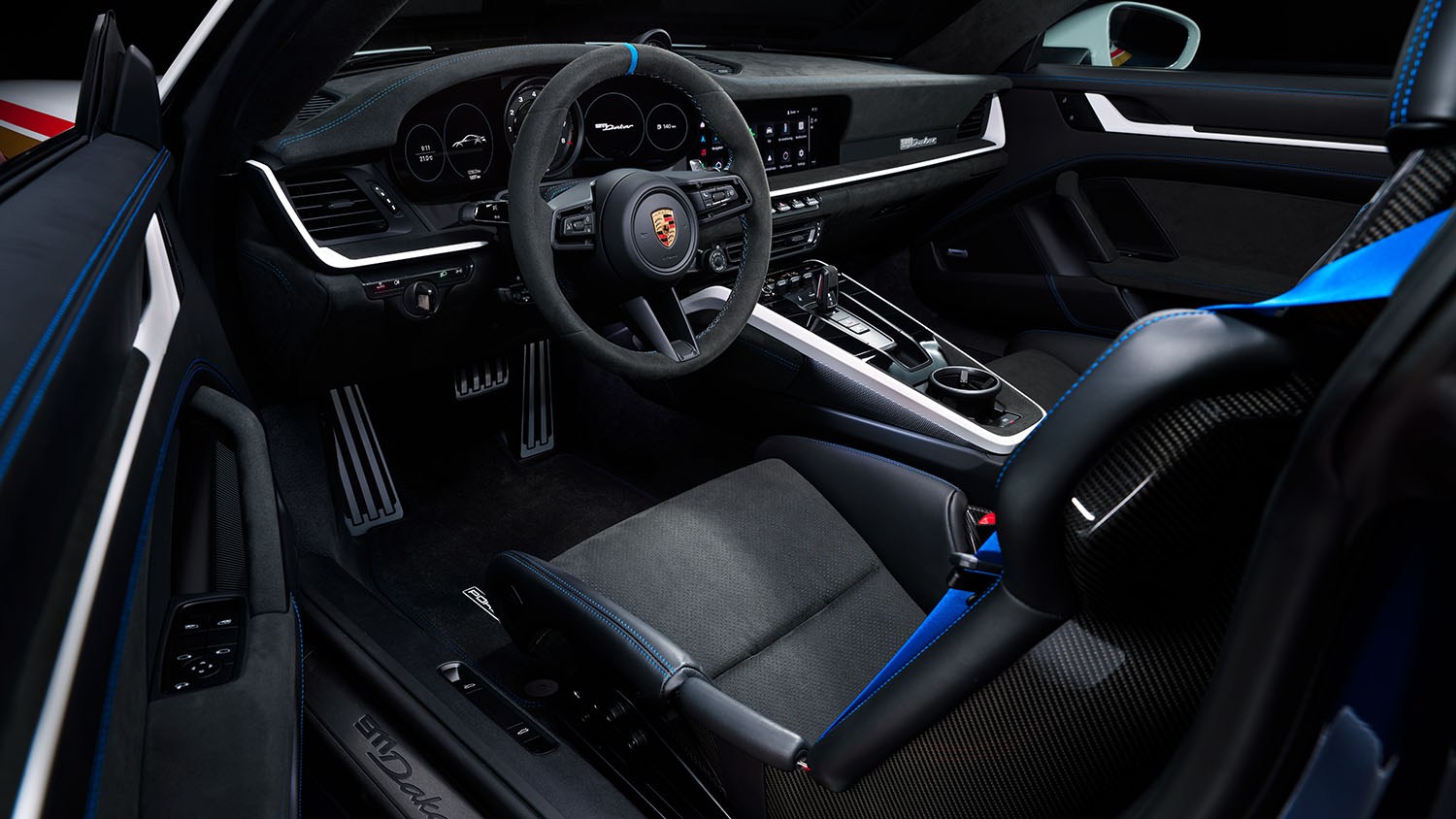 It’s not often we taste a new flavour of Porsche 911. Usually the same models come around on largely excellent repeat: Carrera, Targa, Turbo, GT3, Sport Classic… there’s a 911 for just about anyone. Except, what if you like mucking about on mud, sand, snow?

Welcome to something called the 911 Dakar: a toughed-up high-riding version of the 992 GTS. That means a 473bhp 3.0-litre twin-turbo flat six at the back, four wheel drive, and an eight speed PDK gearbox… all dangling 50mm higher off the ground than usual.

The Dakar name? Inspired by the gruelling Paris-Dakar rally which Porsche conquered in the 1980s, first with 911s and later the 959 supercar.

A lift system at both axles affords the Dakar a further 30mm of suspension travel, which Porsche states is for "ambitious off-roading". As such the car squats back down again… once it passes 105mph. That’s some fast ambition. 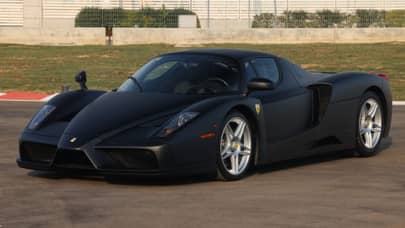 Active anti-roll bars are standard to keep the handling in check, as is rear-wheel steering from the 911 GT3. The GT3 has also donated its carbon fibre bonnet, bucket seats and roll cage. There’s no back seats either and the glass is thinner – all to save weight. Porsche claims the 1,605kg Dakar weighs just 10kg more than a 911 GTS with 4x4 drive, which is impressive when you see how big and knobbly the tyres are.

They’re Pirelli Scorpions, and they’re standard-fit. They were going to be optional, but Porsche’s engineers say they’re happy with how much grip they offer on a paved road, and they’re allegedly not overly noisy either. If you’re a coward, Porsche will fit you some regular road tyres as an option. 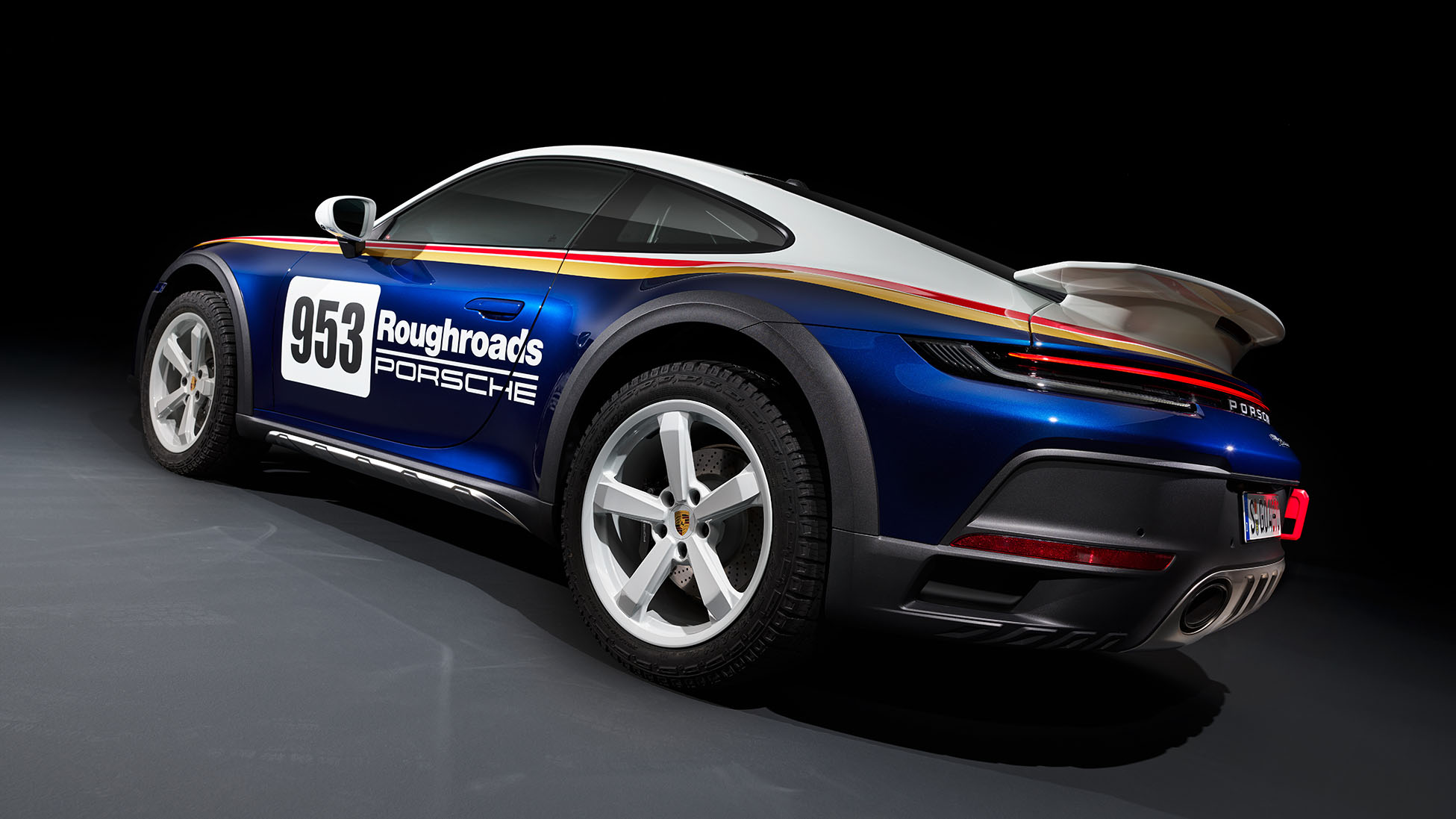 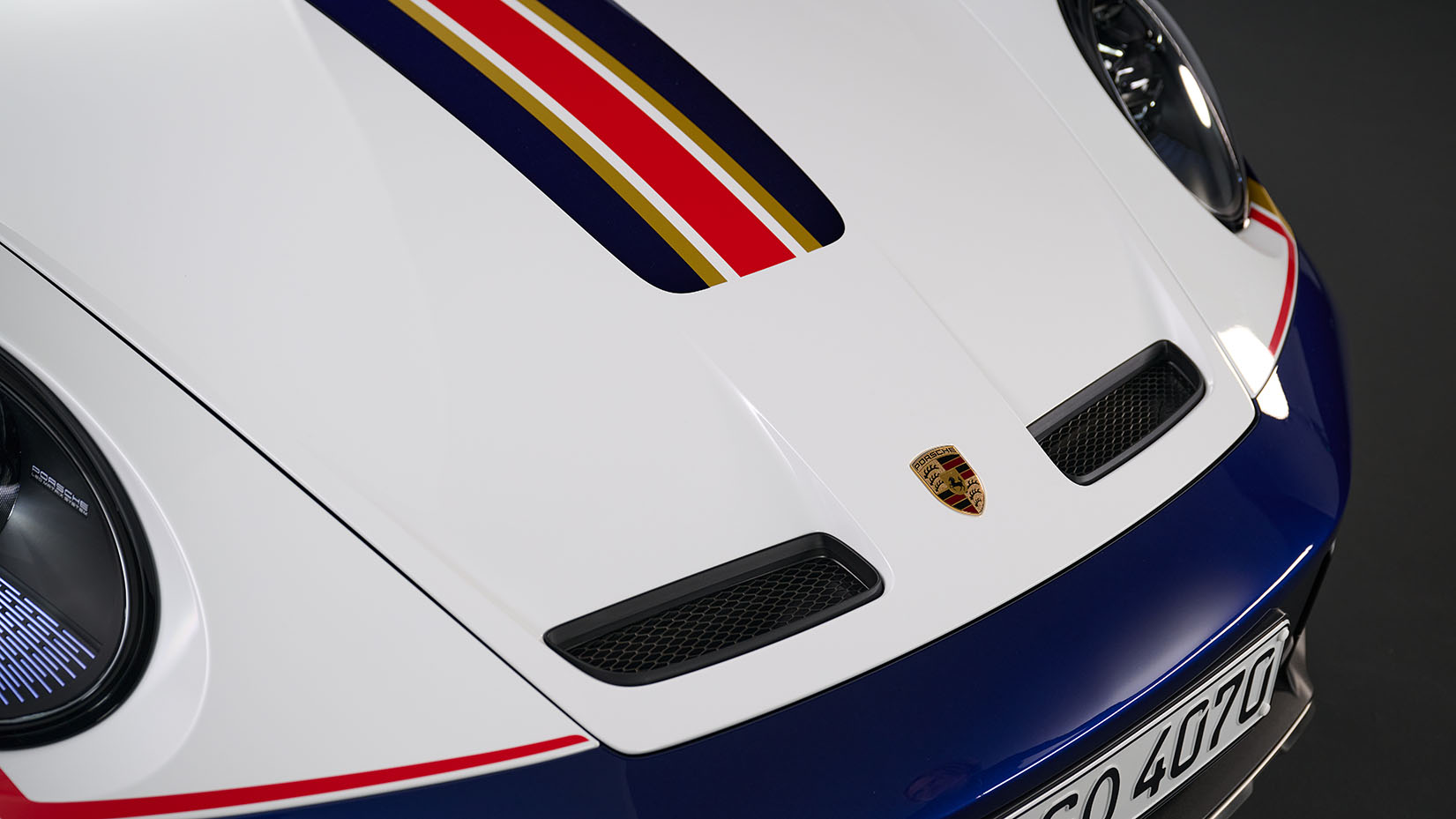 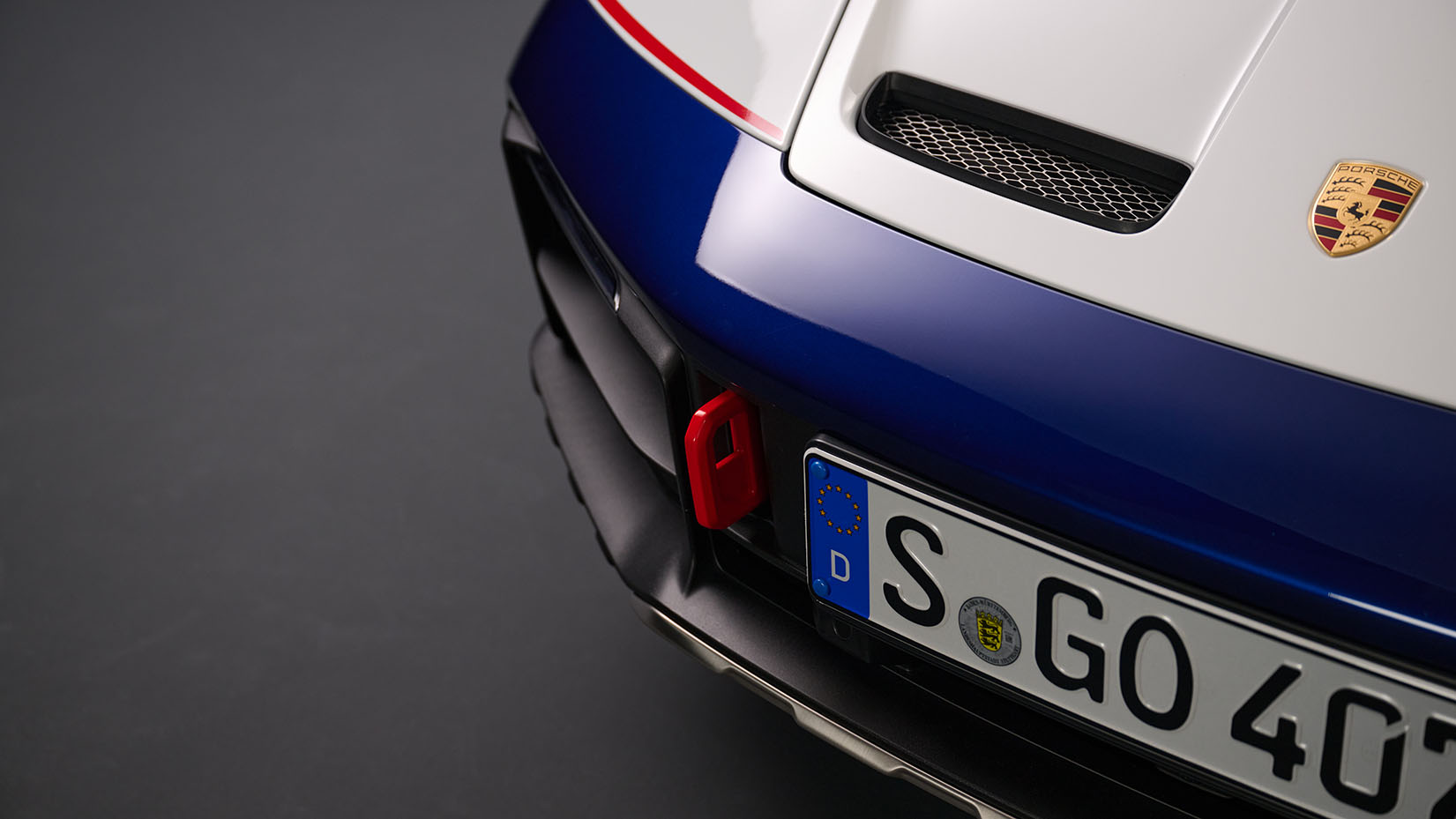 But why spend your accessories cash on less fun tyres, when you could spend it on the roof rack with integrated spotlights, or the Rally Heritage paint job which will set you back a cool €26,000? It’s obviously inspired by the old Rothmans livery from classic Porsche racers, but since advertising cigarette smoking is almost as forbidden as advertising a diesel-powered Volkswagen these days, Porsche has replaced the logo with a ‘Roughroads’ script.

Owners can also specify their favourite number to be painted on the doors.

It’s not a racing car though. In fact, the Dakar is actually the slowest Porsche 911 for decades. The top speed is limited to a mere 149mph, to stop the tyres bursting.

Still, it gets there rapidly: 0-62mph takes just 3.5 seconds. That’s using the normal launch control. The Dakar also features a gravel-friendly launch control programme to allow more wheelslip, and there’s Rallye and Off-Road driving modes to choose from too now. Rallye is basically a drift-happy silliness setting, while Off-Road gives you maximum clearance and go-anywhere invincibility... 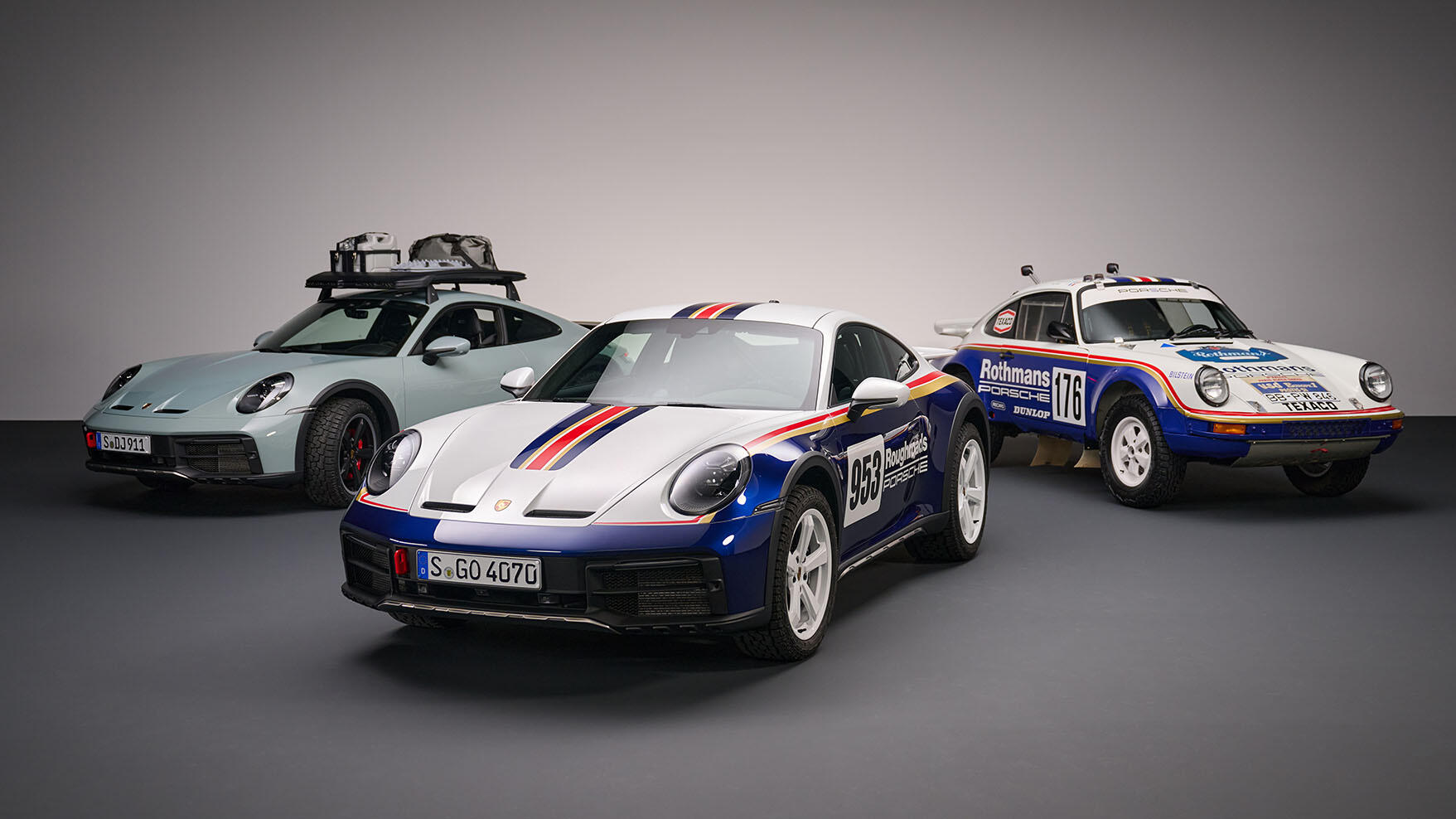 But will any of the 2,500 owners dare to get their €222,000 limited edition grubby? We hope so, because this isn’t really a sports car – it’s a toy. It’s a slice of German sense of humour – an Ariel Nomad with a glovebox. And of all of the many Porsche 911s, it may well be the one that’s most fun most of all time.