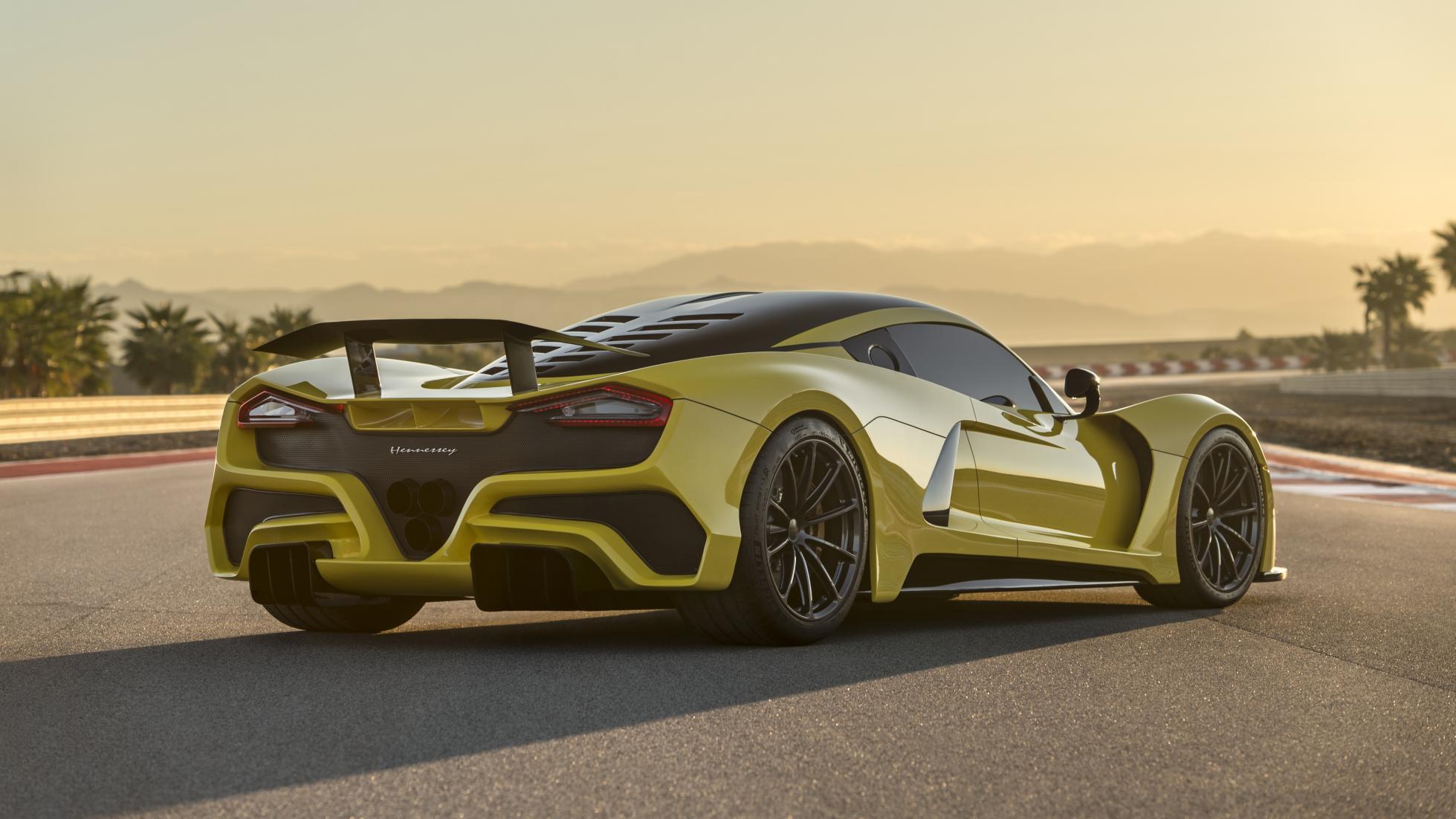 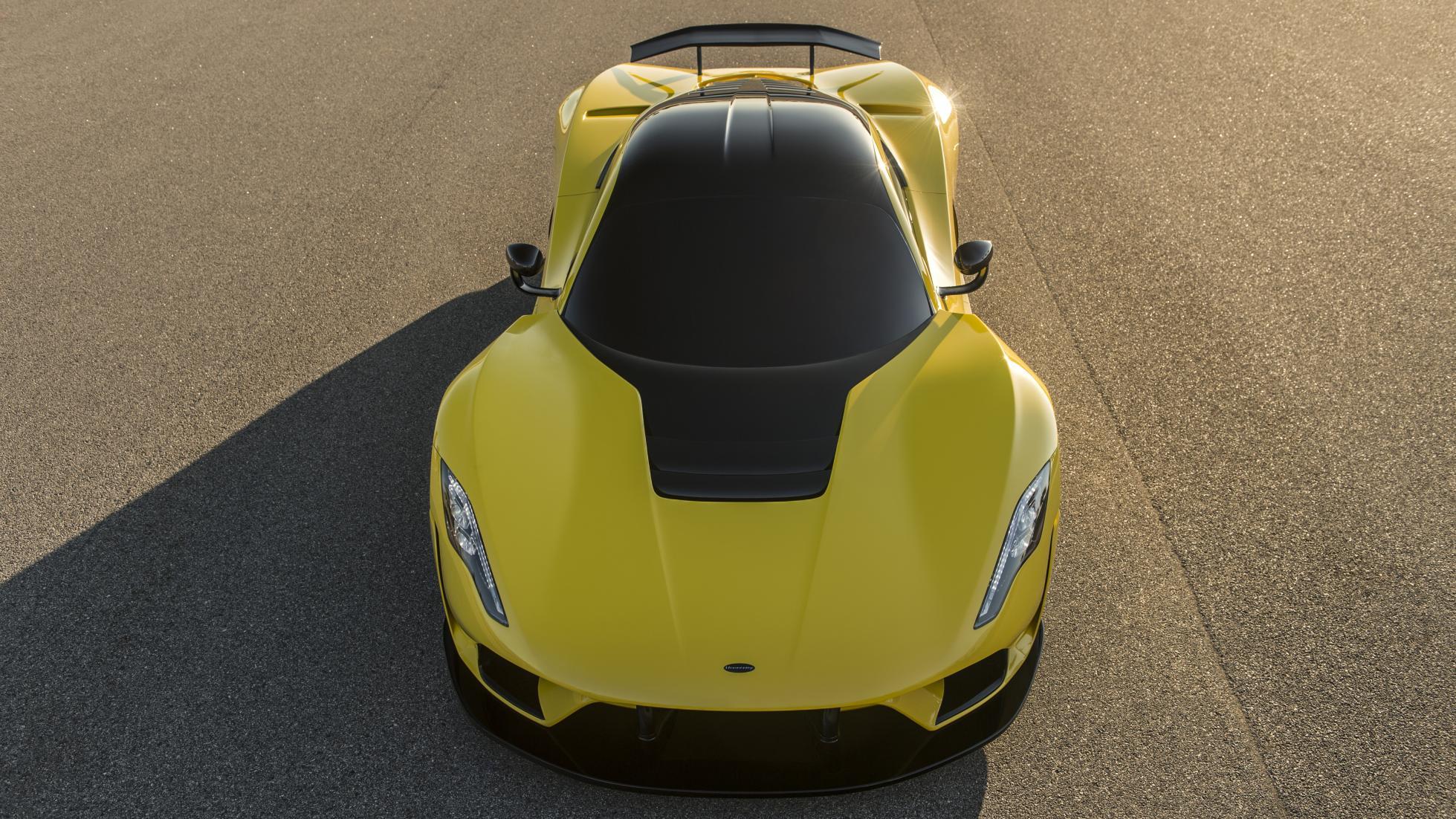 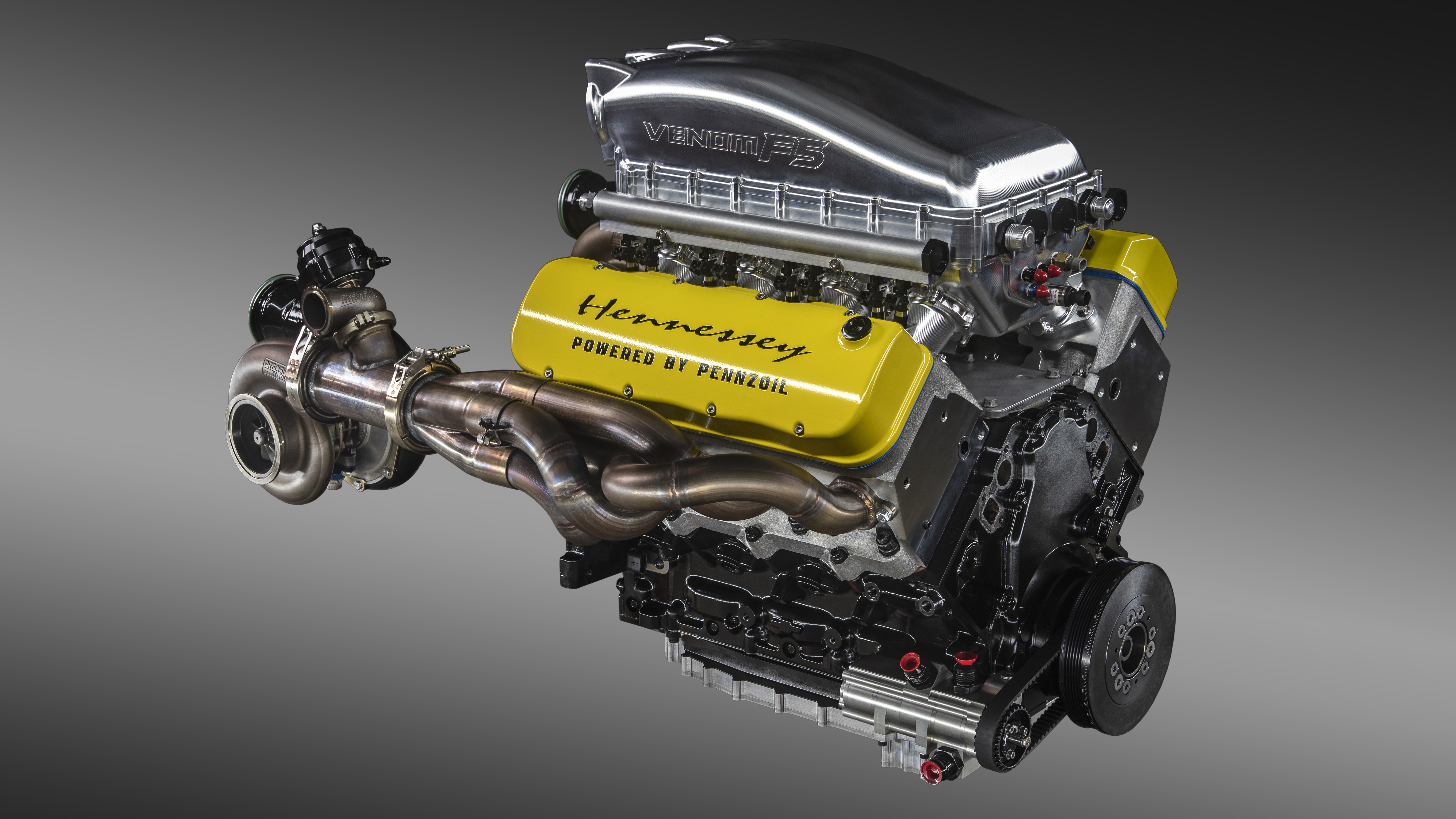 Hennessey has revealed that its upcoming Venom F5 hypercar will deliver an astronomical 1,817bhp. Welcome to the car that wants to dethrone the Bugatti Chiron and its 300mph+ run.

Hennessey’s engine is a modified LS V8, bored out to 6.6-litres and packed full of turbos – two, in fact – with 3D printed titanium compressor housings. The internals are all lightweight too, and alongside the 1,817bhp is 1,193lb ft of torque. Big numbers. Big car.

This engine features a design whereby the intercooler sits between the plenum and cylinder heads, allowing for denser charge air and a bigger wallop overall. There’s also a multi-stage dry sump oil system, and an 8,000rpm redline.

“The F5 engine has a very broad power band,” explains boss John Hennessey. “Give it the full throttle and it’s the most furious engine that we have ever built. Thus, we gave our F5 engine a special name: ‘Fury’.”

Hennessey plans on testing the twin-turbo V8 – and the rest of the car it will merrily power along – later this year. And it has a big ask, too: a car capable of dethroning Bugatti’s recent record run.

While admitting he was “impressed” by Bugatti’s run in the special Chiron, he notes how the news changed ‘nothing’ for him and his team. “I believe that the race to a production series 300mph (with a two-way average speed) road car is still on and that this title remains up for grabs,” he told TG last month.

“Our goal is still to build the fastest and most exciting road car with the best power-to-weight ratio. F5 will be at least 450kg lighter than the Chiron, and will have more power than they are claiming. We can beat it and have a couple of highways in the USA where we think we would have enough room to hit our absolute top speed, but we would prefer to do this in Texas if possible.”

Considering how Hennessey’s final F5 horsepower spec “blew the target number out of the water”, will the final F5 hypercar blow the competition out too? Watch this space for an almighty scrap...