This is the £9m Bugatti Centodieci | Top Gear
Advertisement
Supercars

This is the £9m Bugatti Centodieci 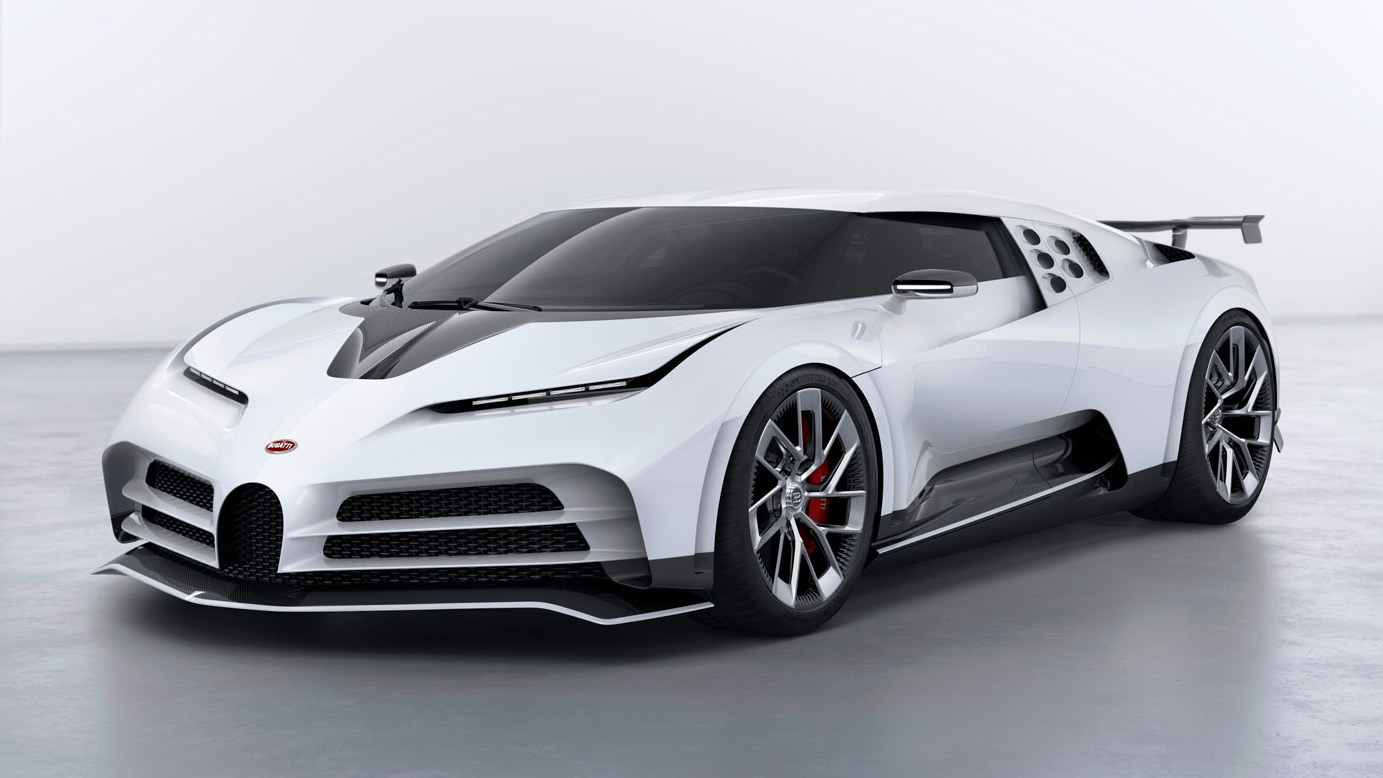 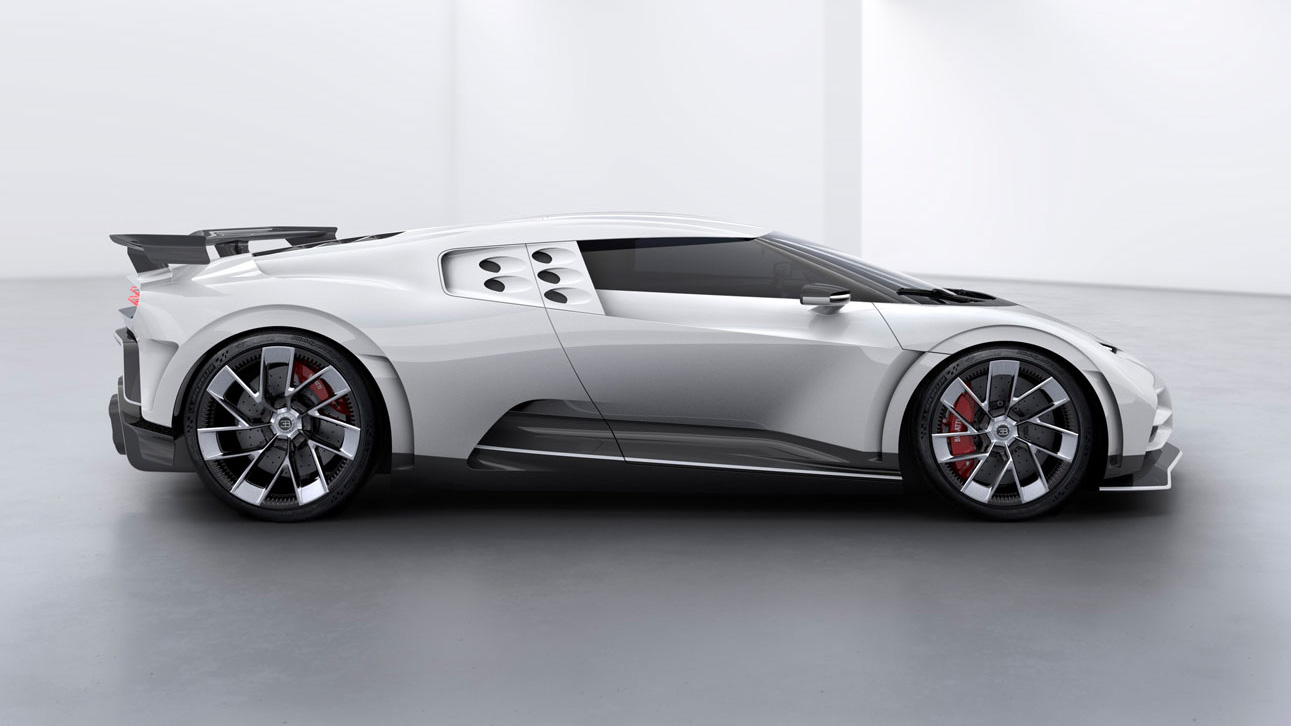 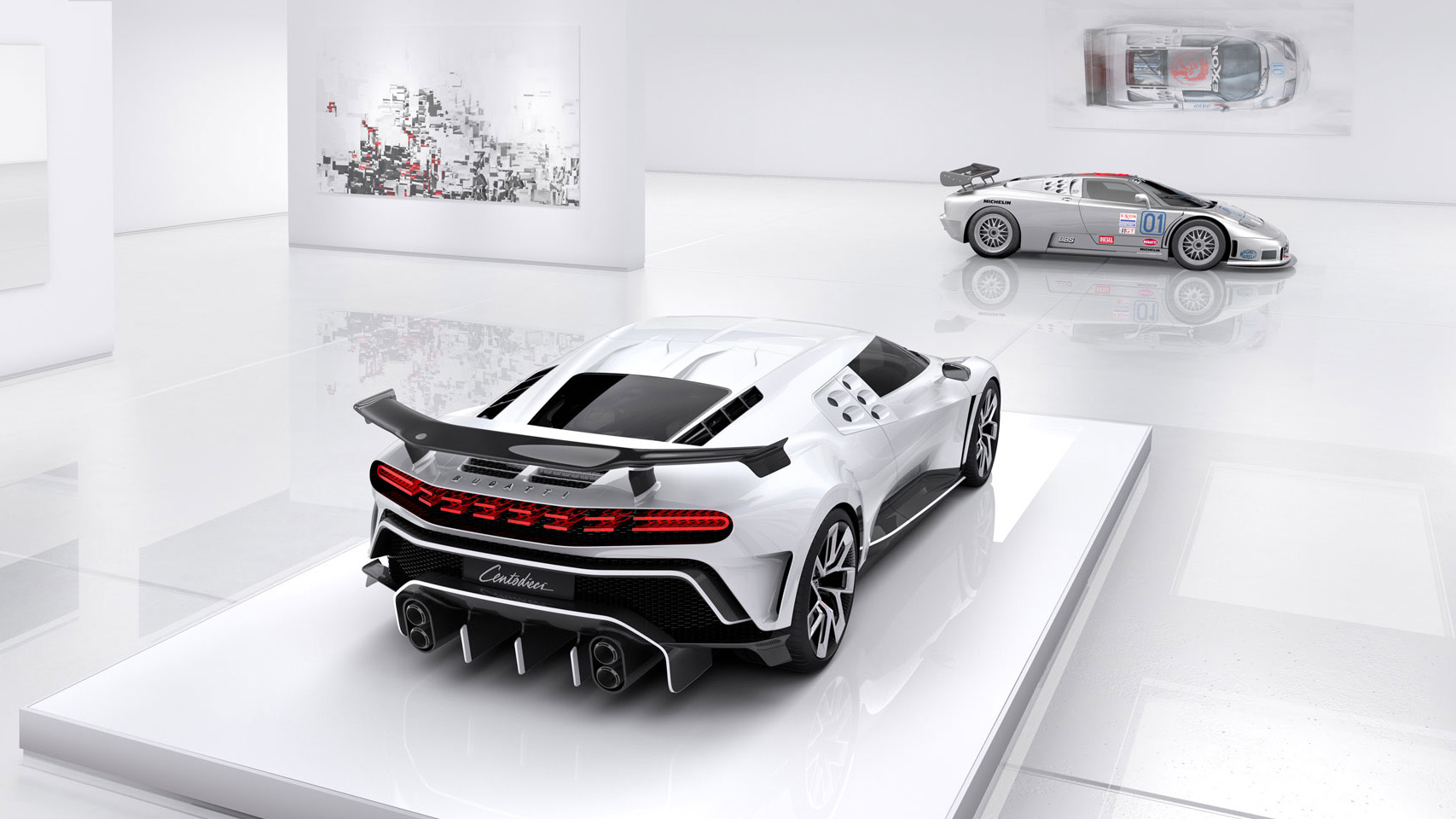 Although the Chiron is quite the halo car, things move fast in the hypercar sector. Bugatti President Stephan Winkelmann figures that regular internet-breaking one-offs – like ‘La Voiture Noire’ – are a way of keeping the focus firmly on the brand, not to mention lucrative business. It’s a philosophy that served him very well back when he was running Lamborghini.

Better still, how about a run of 10 ‘one-offs’, at – gulp – £9m each? Before you begin spluttering invective all over your keyboard, perhaps we could gently suggest that the car you see here, the Centodieci, is more than just a cynical revenue generator. There’s a proper narrative at work here.

When VW bought and reactivated Bugatti in 1998, there was zero recognition for the achievement of the brand’s previous custodian, Romano Artioli, or the car he created, the EB110. Remember it? What a thing that was, and still is. A contemporary of the McLaren F1, it was powered by a 550bhp, 3.5-litre quad-turbo V12, with a carbon fibre chassis and active aero, manufactured in a superb, state-of-the-art facility in Campogalliano near Modena.

Artioli made his fortune selling Ferraris and importing Japanese cars, and persuaded some seriously heavy hitters to join him on his Bugatti adventure (he also owned a majority stake in Lotus, but that’s another story). Marcello Gandini, the man who designed the Lamborghini Miura, Countach and much else besides, drafted a shape that would redefine the Nineties supercar idiom. Former Lamborghini engineering supremo Paolo Stanzani was also key. Ex-Ferrari technical wizard Nicola Materazzi – credited as the father of the F40 – was on-board, as was architect/designer Giampaolo Benedini, who masterminded that remarkable factory. Another legendary Ferrari name, Mauro Forghieri, was Bugatti’s technical director between 1992 and ’94. A youthful Loris Biccochi was the factory driver, and Audi’s current motorsport boss Dieter Gass began his career working there. Hell, Michael Schumacher celebrated his first F1 title by buying one in 1994. Unfortunately, not enough other people felt inspired to follow his lead, and the whole project went down the plughole. 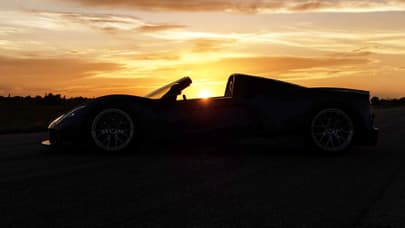 The 300mph+ Hennessey Venom F5 Roadster will be revealed next week

Bugatti is 110 in 2019, and as part of that it’s bringing the EB110 in from the cold. The Centodieci may be Chiron based but it’s a clear visual homage to its Nineties forebear. “We faced a number of technical challenges in terms of the development and design of the Centodieci,” says Achim Anscheidt, Bugatti’s head of design. “The EB110 is a very flat, wedge-shaped and graphically quasi two-dimensional super sports car of the late 1980s. Transporting this classic look into the new millennium without copying it was technically complex, to say the least. We had to create a new way of combining the complex aerothermal requirements of the underlying Chiron technology with a completely different aesthetic appearance.”

Though hardly a continuation car, the Centodieci evokes the EB110 via a clever headlight treatment, and the signature horseshoe grille is smaller. The Chiron’s bold C hoop line is replaced by five round air intakes in a diamond shape that reference the EB110. The new car’s rear end is spectacular, both in terms of its design but also in the effort expended optimising the cooling and aero. Bugatti refers to a ‘flying tail light’ element, which maintains a visual connection to the original while still encompassing the sort of outlet an engine this size needs to operate. The exhaust pipes sit above each other and are finished in an anodised matt black, and there’s a massive, mechanically adjustable rear wing that obviously improves downforce but also connects the new car to the EB110 Super Sport – Bugatti claims similar aero figures to the Divo. The Centodieci is 20kg lighter than a Chiron, and the mighty 8.0-litre produces 1,578bhp.

The boss recently welcomed Artioli to Molsheim, indicating a corporate rapprochement. "The EB110 was a car ahead of its time, 110 per cent worthy of carrying the name Bugatti," the 86-year old noted. "I might not be the most impartial person in this matter, but no other car deserves a tribute more than the EB110." But did Winkelmann face any opposition when the plan to honour his achievement began to form?

"For me there was no reason to listen to the ones who said we can’t do it. There is one history, you can’t choose your history. In my opinion we have three eras, of which the Campogalliano one is the shortest. The occasion of the 110th anniversary is the right time to talk about this period of time, with the car as the link.

"I think we have to move from the product-oriented approach for a brand like Bugatti to a more holistic approach, to the experience in general. This is where the history comes in, because anybody could build a strong engine and a nice car. We have real history, and you don’t just create this from scratch. In terms of the car, it has to be the baby of the company. Otherwise it is not fair to the brand. In terms of value and the story, it should be from inside, it should be clear that there was a discussion upfront and an idea about how to move the brand. To dilute a brand with such strong DNA just to cash in, I think it’s the wrong approach."

So, what do you reckon? Time to get the EB110 and Centodieci together, somewhere on the outskirts of Modena, if we can find one of the 10 owners who made this thing a sell-out before it was even announced...