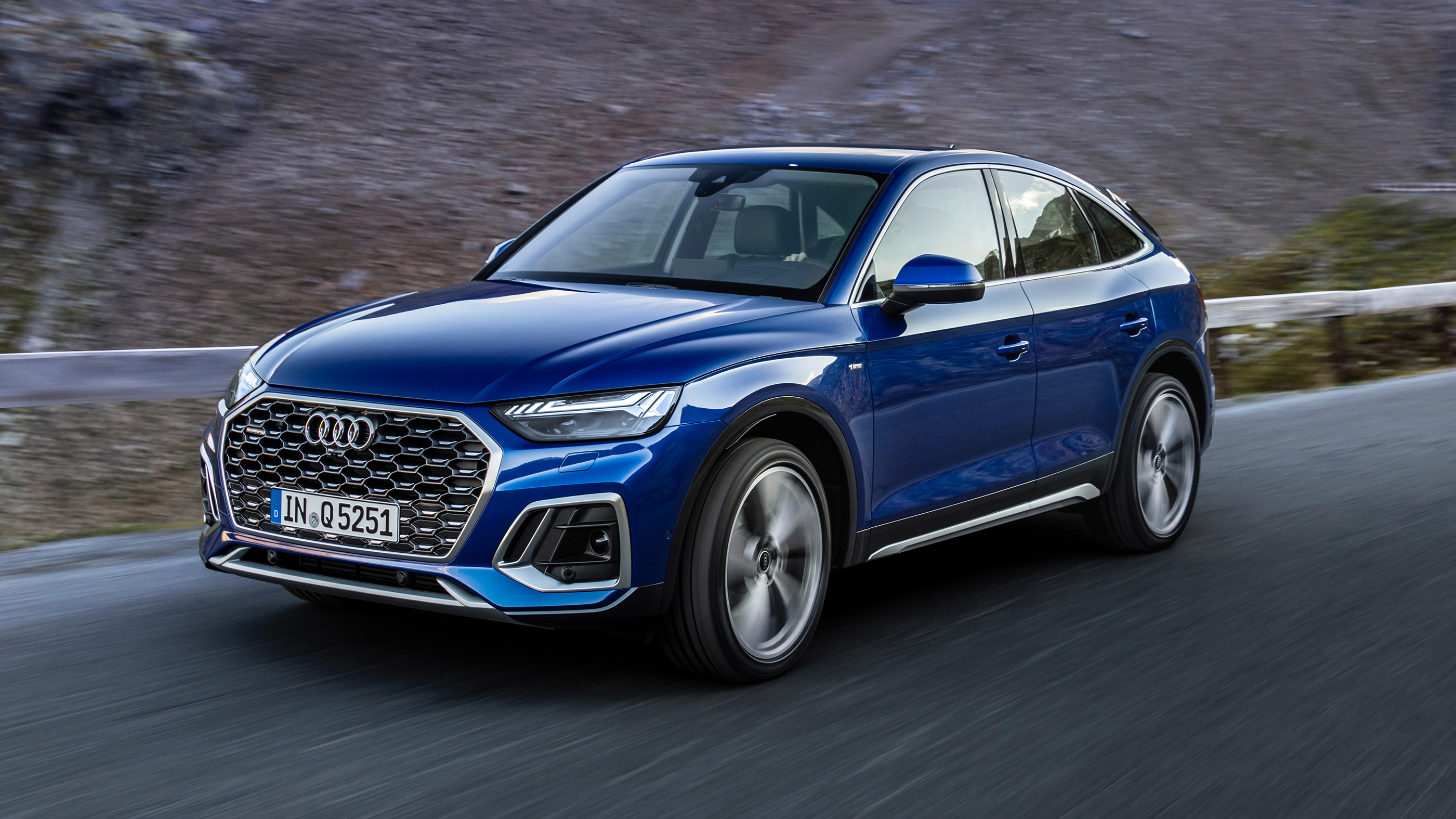 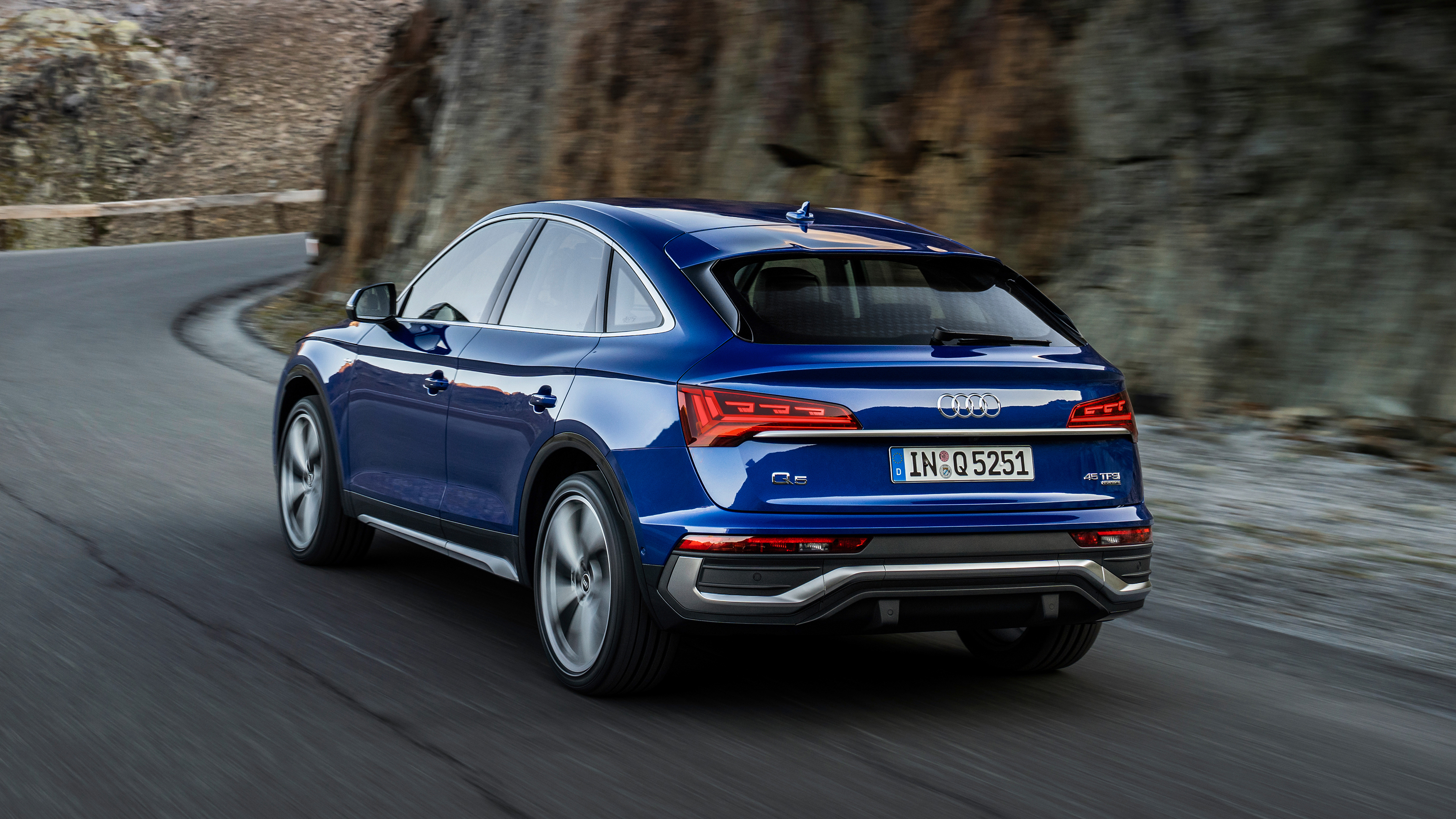 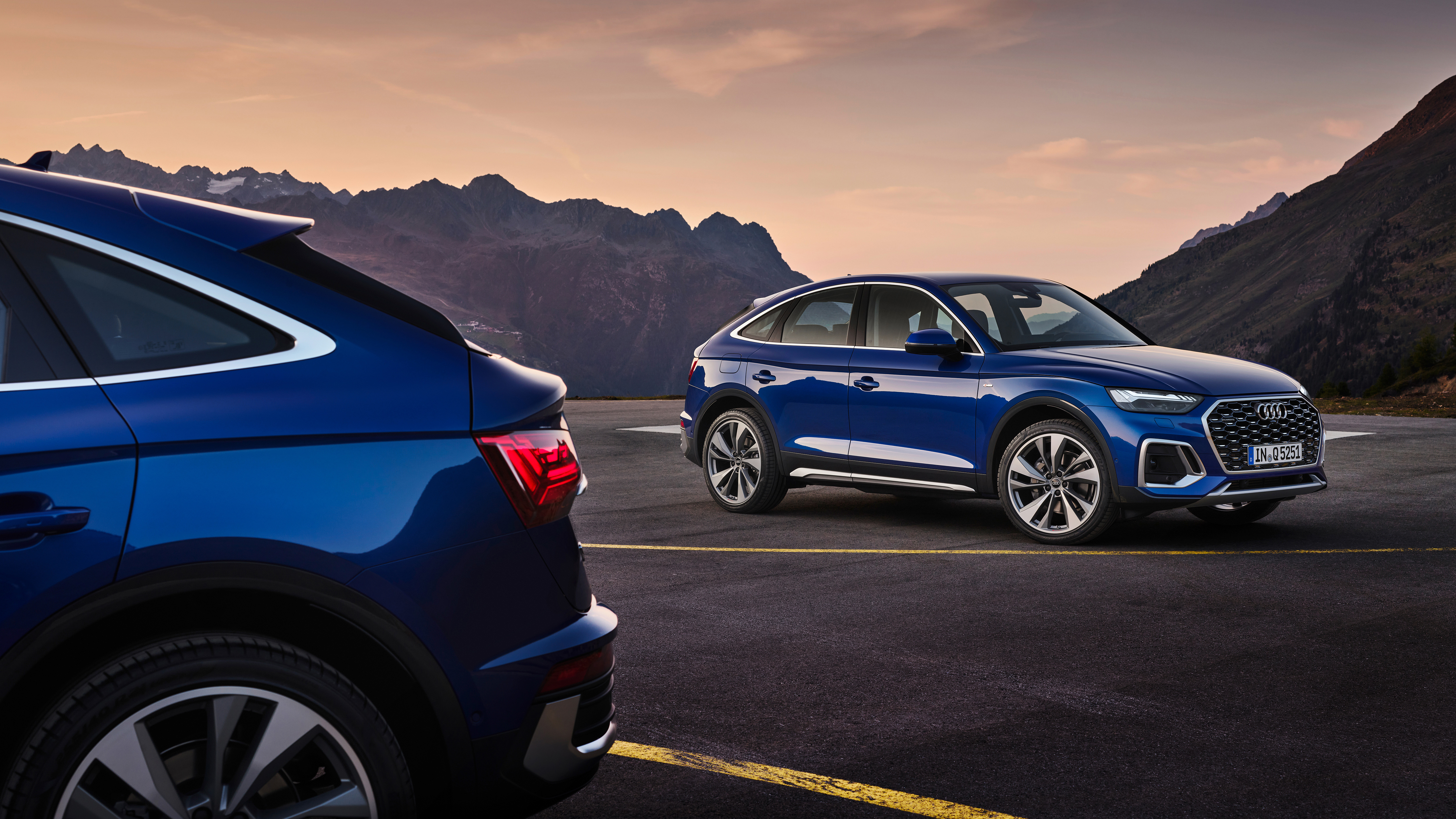 Welcome to the latest in a growing list of SUV coupes, the Audi Q5 Sportback. Which follows last year’s release of the e-tron Sportback and Q3 Sportback, and the industry’s recent trend for coupe-ifying literally everything.

Looking much the same as its standard SUV sibling, the Sportback is ever so slightly longer – seven millimetres – yet has an identical drag coefficient of 0.30Cd, with height and width also the same. Which all rather raises the question, what’s the point?

Still. The boot compartment is 40 litres less than its bigger counterpart, standing at 510 litres, and 1,480 litres with the rear seats folded down, while the optional rear seat bench, which can be shifted laterally and has adjustable seat back angles, increases this to 570 litres.

Unsurprisingly, it also borrows much of the technology found in the Q5, including THOSE fancy OLED taillights, featuring three unique designs, plus Audi’s latest MMI infotainment system paired with a 10.1-inch touchscreen, and an optional 12.3-inch Virtual Cockpit. As always, expect Audi’s regular suite of safety and driver assist systems, too.

The Sportback does, however, feature sports suspension as standard, while optional adaptive air suspension enables ground clearance to be increased by as much as 45mm. At higher speeds, the body is automatically lowered 15mm for greater efficiency and handling, plus pressing a button in the boot lowers the rear axle by 55mm for easier loading. Clever.

In terms of engines, the model will be launched with, similarly to the recently facelifted – yep, you guessed it – Q5, a 201bhp 2.0-litre four-cylinder diesel engine offering 295lb ft of torque, and a seven-speed box, plus ‘twin-dosing’ tech to significantly cut NOx emissions.

Other engines, including four-cylinder petrols, a V6 diesel, a couple of plug-in hybrids, and an SQ5 Sportback, will join the line-up later. No news of an RS yet, but given there’s an RS Q3 Sportback, don’t rule it out. Deliveries are set to begin in the first half of 2021.

What do we think, readers? Let us know in the comments below.