Clarkson on the Hyundai Veloster 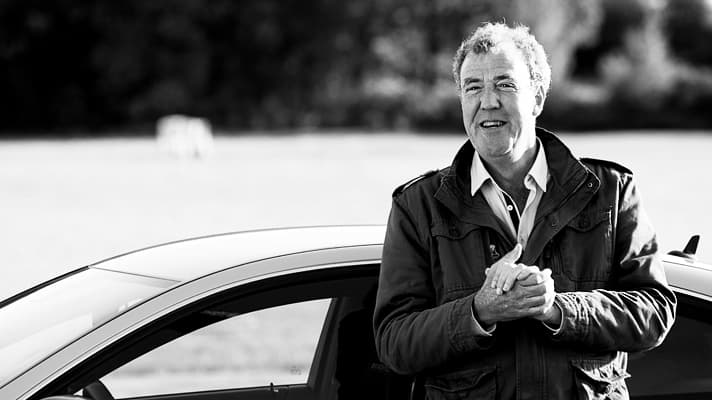 James May claims that he knows when he is driving a car with character and panache because a fizzing sensation engulfs the root of his penis.

Unfortunately, because my groin is unmoved by inanimate objects, I have to rely on other means to determine whether a car has flair and zing and all the little things that somehow elevate it from something you need to something you want.

I don't know what these ‘means' are. I have not the vaguest clue how I know the Fiat Panda has character and the Toyota Avensis does not. There is not one single tangible reason why I love the Ferrari 458 Italia but only respect the McLaren MP4-12C. Both cars do the same thing and make the same noise, but one makes your heart sing and the other doesn't.

We see this not just with cars, but with other machines as well. Why, for instance, do I find the Boeing 777 boring, but get all bouncy when I note that I'm boarding a 747? They are both the same. But they are not. It's a similar story with telephones. Blackberrys cause me to fall into a deep sleep. iPhones don't. The list goes on. People will make a pointless journey in a train if it's being pulled by a steam locomotive. I will buy anything made by Bang & Olufsen. And even though it's crap, I love the AK-47 so much that I'd rather fight for the Russian army than ours. Just so I could have one.

I suppose it's the same with women. You meet thousands and thousands, and there are many whom you respect and like. Then one day, you meet a girl who has lungs and ears just like all the others, but you fall in love. Often, this will be accompanied by a fizzing sensation in the root of your penis.

All of this brings me neatly on to the Hyundai i40, which is a medium-sized saloon car from a giant Korean corporation. It was designed to match the Toyota Avensis and the Volkswagen Passat, and it does so in every way. Which means it's right up there with your dishwasher and your tumble dryer and your boiler as a household product that should - and hopefully will - give many years of faithful service.

Many people who are not interested in cars bought smaller Hyundais under Peter Mandelson's idiotic scrappage scheme, and I'm sure that - to a man and woman - they're all delighted with their new purchase. It's much easier to drive and much less likely to go wrong than the rusty bag of bolts they sent to the knacker's yard.

I have no problem with any of this. I quite understand that many, many people see the car as a necessary evil. An expense they can do without. A white good. That's fine. I won't pour scorn on them any more than I would expect Jeremy Paxman to pour scorn on me for buying my trout from a supermarket rather than standing in freezing river water and catching one.

I quite understand that many people see the cars as a necessary evil. An expense they can do without. A white good.

So, yes. If you are reading this in a dentist's waiting room, only because the woman opposite has Hello and the only alternative is a knitting magazine, then buy a Hyundai. Or wait a couple of years and buy a Geely Beauty Leopard, or a JAC J7 from the Chinese. Because it'll be just as reliable and even cheaper.

However, I can't see anyone buying Hyundai's newest car - the Veloster.

Because, if you are not interested in cars, you will wonder why it has two doors on one side and only one on the other. And why it has scoops on the bonnet, and why it costs £17,995 when for two-thirds of that you can buy a Hyundai i10, which is easier to park and uses less fuel.

And if you are interested in cars, you will hate it on a cellular level, because this is a car that's trying to be something it isn't - interesting.

The brochure talks about ‘sporty acceleration' and a ‘true racing driver experience', but that's like calling me slim and handsome. It's b*ll*cks. This is one of the dreariest cars I've ever driven.

Dreary doesn't really matter in a hatchback or a saloon, but it emphatically does matter in a car like this. We all know the Capri was a Cortina in a posh frock, but we put up with the humdrum underpinnings because it looked so good. We would even pay more.

It was the same with the old Hyundai Coupe. That wasn't much cop to drive, but it looked a bit like a Ferrari, if you were far away and it was misty, and, because of that, it was fine.

Then you have the Mitsubishi Evo. That looks terrible, but we'll pay the extra and put up with the yawnmatic styling because it's a hoot to drive, because it has character and flair and zing and all the other things that make James's penis quiver.

The Veloster does none of these things. The styling doesn't work at all. It's silly. And because of the split rear screen, you can't see what's behind you. Don't get me started on the doors, either. No, actually, do get me started. What were they thinking of? I realise that a child can't get out into the traffic, and that's nice, but when you're in a car park, or at home, having to shuffle over the seats to get out is a bloody nuisance.

You get the impression that if this car worked in an office, it would have a sign on its desk saying ‘You don't have to be mad to work here...' signifying to everyone that it is the most boring person in the building.

But it's the drive that's worse, because there is not a single thing that leaps out and holds your attention. The engine is an engine. The gearbox is a gearbox. The steering is electric, but not in a good way, and the touchscreen ‘media centre' mentioned in the brochure is a radio.

I was stuck behind a Peugeot on a drive up the Fosse Way last night, and, even though there were many long straights with nothing coming the other way, I simply couldn't be bothered to overtake.

Hyundai has made this car using all of the lessons it's learned over the years about long warranties and good quality. But what the company doesn't understand is that when you make a car that's supposed to be interesting, it needs to be interesting.

It needs to make a sporty noise, or look good, or corner well. It needs to have a feel, a certain unquantifiable something that sets it apart from the herd. An invisible beckoning finger. A come-hither look in its headlights. It needs to feel like it was made by an enthusiast, someone who likes cars, someone who understands the mechanics of James's sausage. Because, if it doesn't, what you end up with is a Veloster. An accountant in a clown suit.