Paddy, Freddie and Chris gear up for the next series with an EV race

Top Gear telly has resumed filming for the next series, with Paddy, Freddie and Chris taking a trio of diddy EVs around a specially constructed maze.

The location of said maze? Why, Alton Towers, which – though currently closed due to obvious reasons – celebrates its 40th anniversary this year. And because of those Obvious Reasons, Paddy came up with a highly innovative approach to the whole social-distancing thing. A two-metre stick with boxing gloves on both ends.

So, in the EV corner, we have the new Honda E, Mini Electric and Vauxhall Corsa-E, while in the TG corner, we have Paddy, Freddie and Chris, and a bunch of rollercoasters. “I’ve always dreamed of having a theme park to myself for the day, although these aren’t necessarily the circumstances I’d have chosen,” Paddy said.

“Mustn’t grumble though, it’s great to get the gang back together after lockdown and we’re raring to go – two metres apart at all times of course.”

The next series of Top Gear will be shown on BBC One, and we’ll have more info – including launch dates – for you soon. Seconds out, round one… 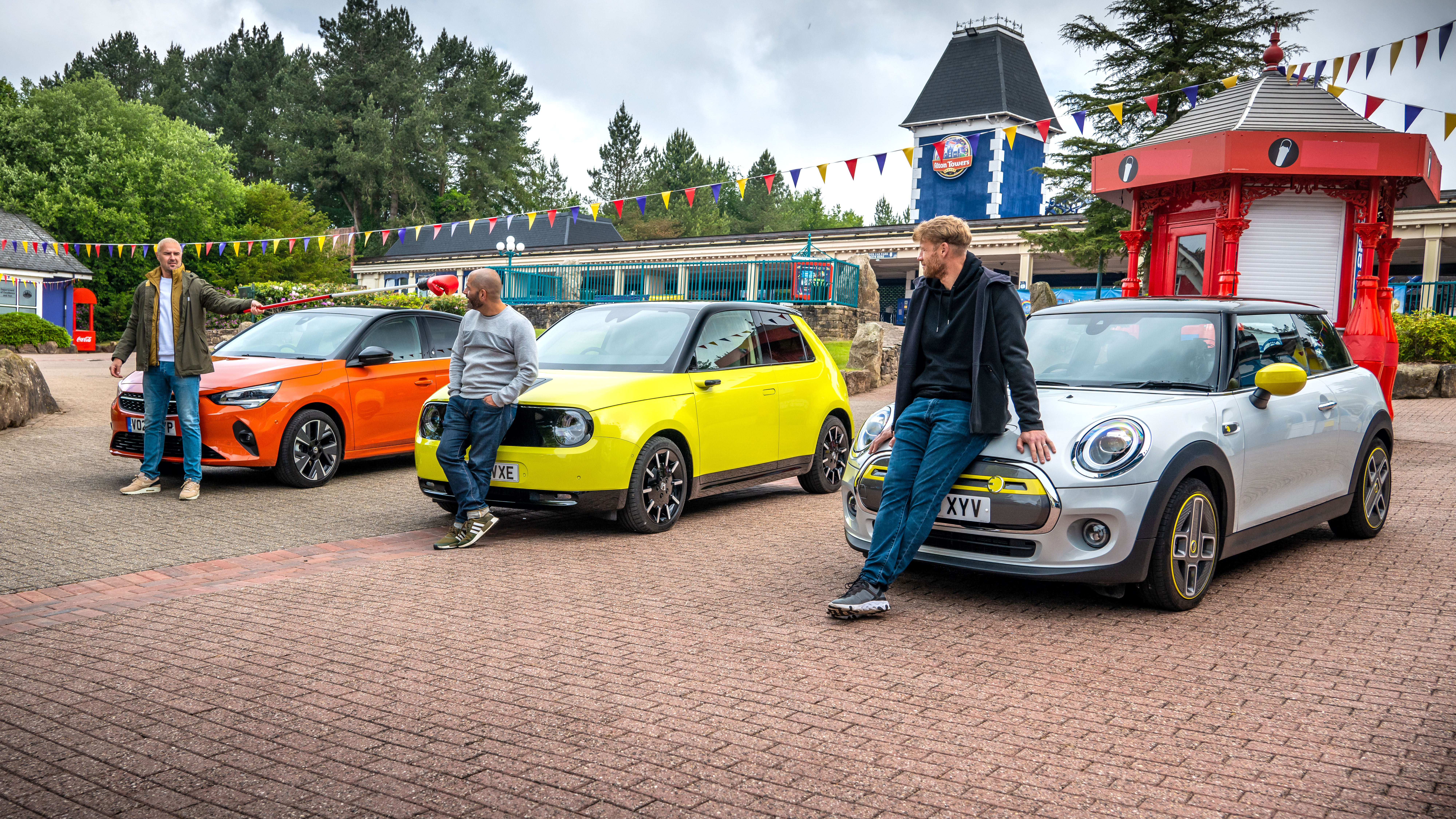 It's the Mitsubishi Lancer Evolution's birthday*

*sort of. But who cares how tenuous the party is, when the cake looks this good?