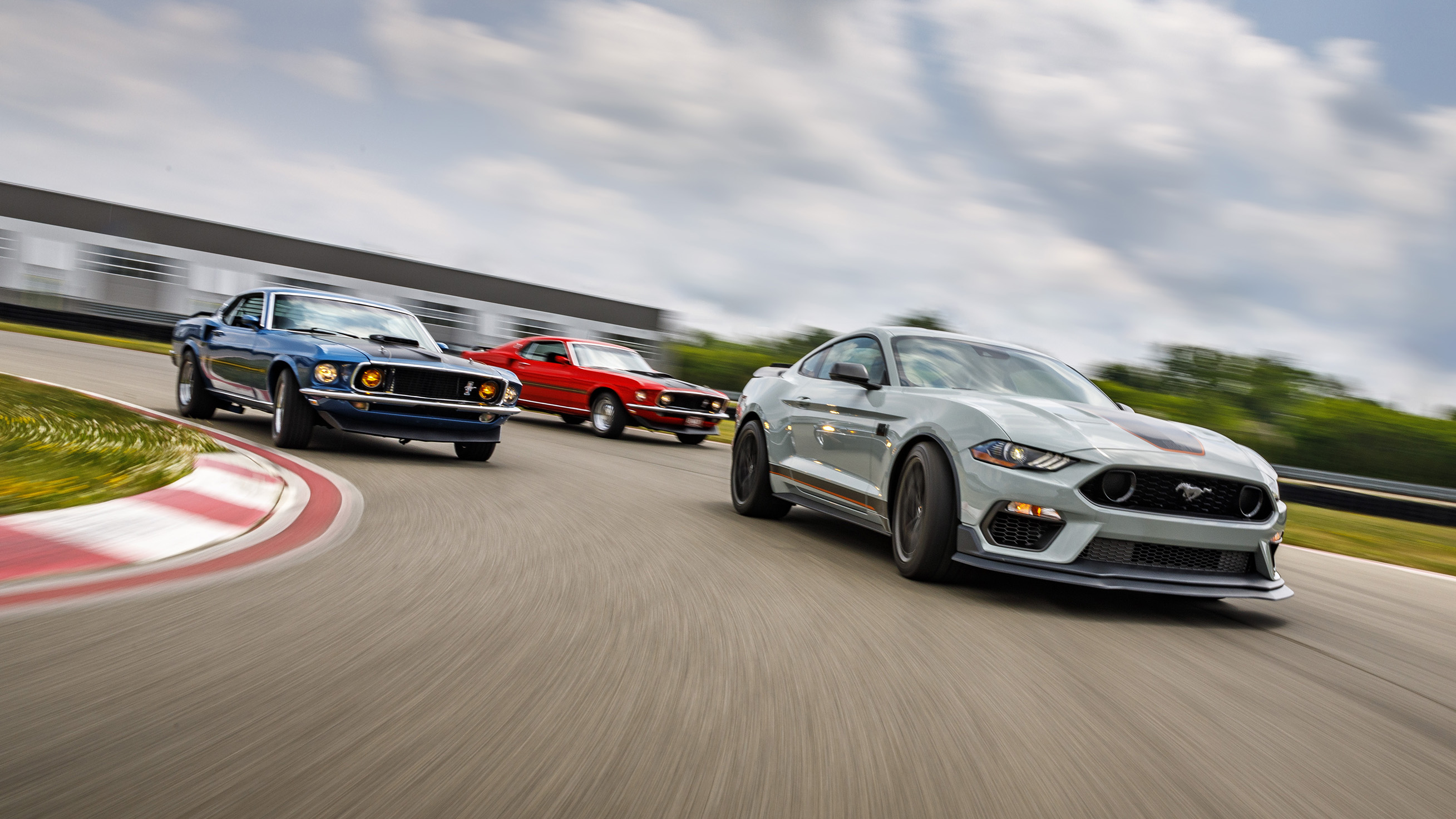 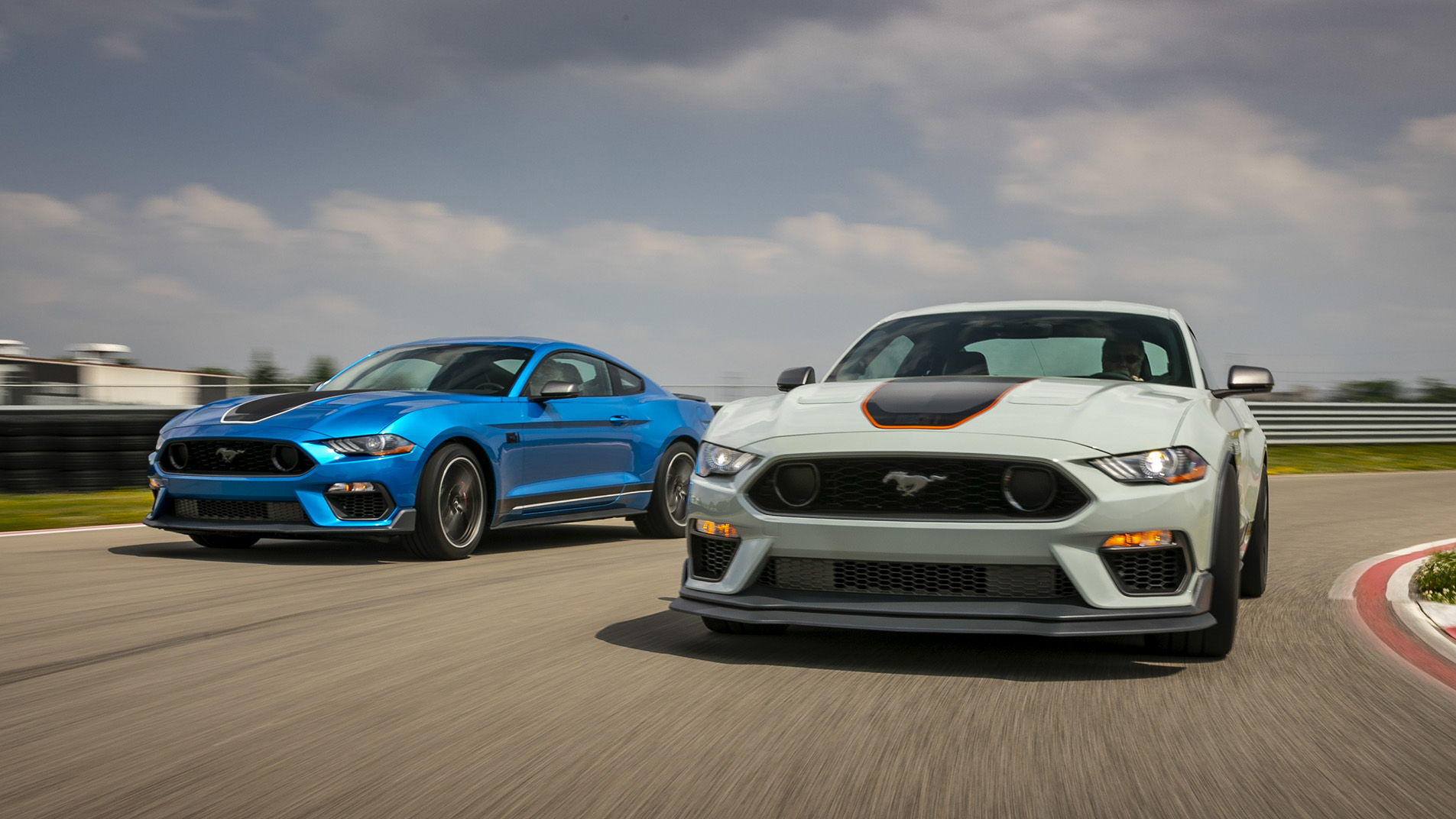 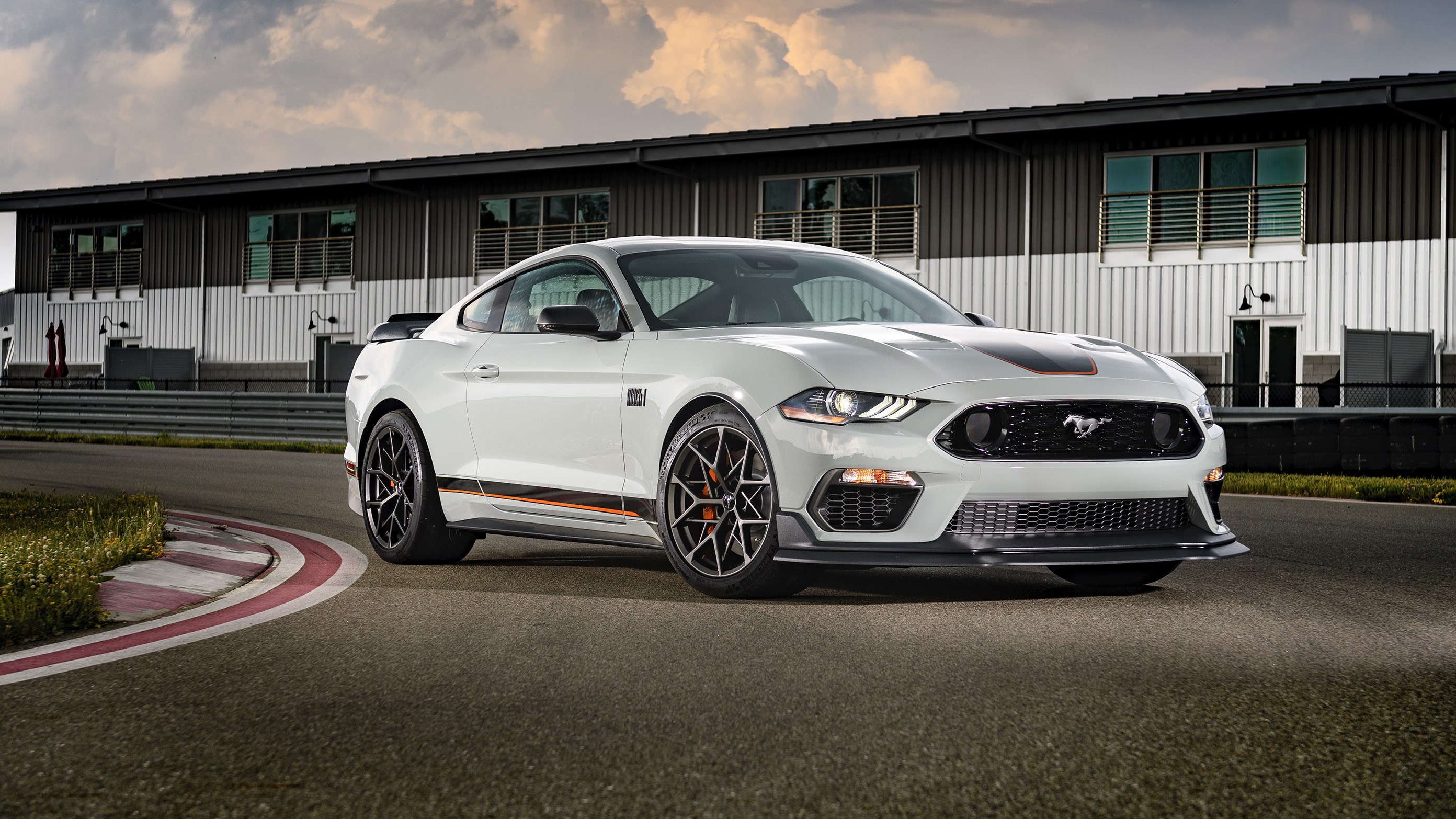 Normally, we’re a bit suspicious of niche-busting cars built to slot neatly into a gap in the marketing plan. But not this one. It’s the return of the Mach.

Ford’s plan here was to build a Mustang that slots into the gulf between the standard V8 model, and the hardcore, track-bred GT350 and GT500 variants. Think of it as a Porsche 911 GTS, wearing cowboy boots. It’s not the full big wing’n’ fries, but it’s loud and powerful enough to cause a YouTube field day next time you try to exit Cars’n’Coffee.

Behind the new grille, and its faux foglight blanks, lives the uprated V8 from the Mustang Bullitt. A new intake manifold and cooling apparatus from the GT350 lift power by a modest 29bhp and 30lb ft. Not big numbers, but we’re not talking about a modern turbo-boosted hypercar here. This is more old-fashioned tuning, and are we really going to sit here and argue about a 473bhp, 5.0-litre V8 sending all its power to the rear wheels being ‘not enough?” We hope not.

In between the engine and the soon-to-be-burned-out rear tyres is a choice of transmissions. Feeling traditional? Then you can have a six-speed short-throw stick-shift from the GT350, except in the Mach 1, you get auto rev-matching. So you don’t have to be a hero to downshift like one. Or, if you’re new-school, Ford will slot in the Mustang’s ten, yes, ten-speed automatic. And some plasters for your paddleshifting fingertips.

As standard, the Mach 1 has 20 per cent more downforce than a regular Mustang, but you can up that to 150 per cent more negative lift by ticking the Handling Package box. Gee, speccing a muscle car sure is fun.

With that box ticked, the factory will apply a bigger front splitter and rear wing combo, and a long, low-drag underbelly pan. Your finished car also rides on wider 19-inch rims. And because Ford wants the Handling Package to be bought by traditionalists, you can only option if it you’re choosing a manual.

Underneath all that, the Mach 1’s magnetic-adjustable dampers have been retuned, the power steering’s been tweaked, and there’s a heap of new colours on top. We’ll take a blue one with three pedals in the footwell, ta.

And you know what? We limeys might just be able to. Usually, special edition Mustangs are only built for North America. GT350 fans over here in Blighty had to import a left-hooker. But for the new Mach 1, which arrives in US and Canadian dealerships in spring next year, Ford might have had a change of heart. Ford’s chief ops officer Jim Farley has announced “there’s never been a better time to bring back Mach 1 and have it go global too".

So, where were we? Blue, manual, Handling Pack, thanks. Have it sent to the Top Gear test track please, Ford. Care of a Mr. S Tig...