Can’t wait for the 250mph Tesla Roadster? Then an infamous car decapitator has your back 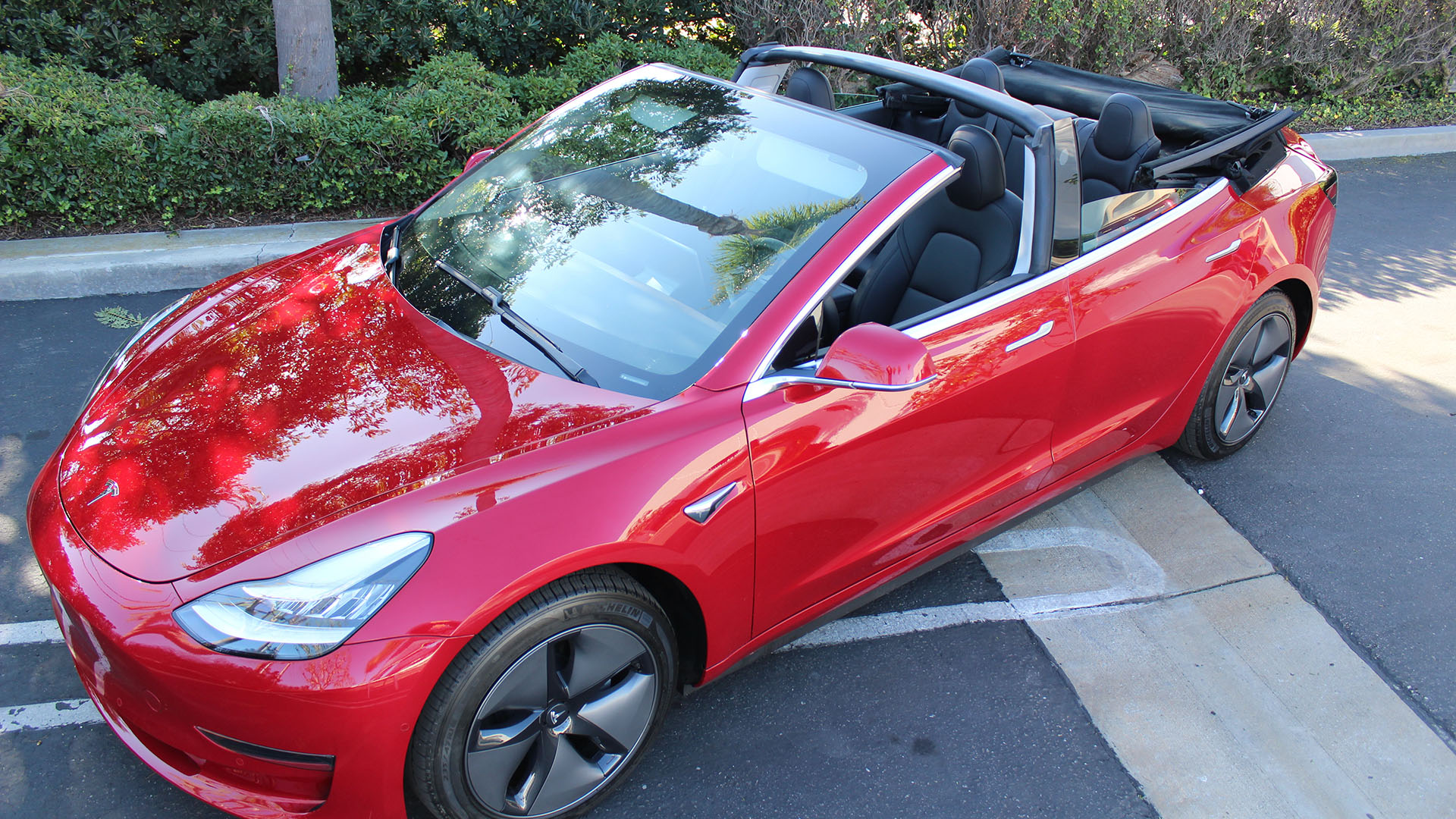 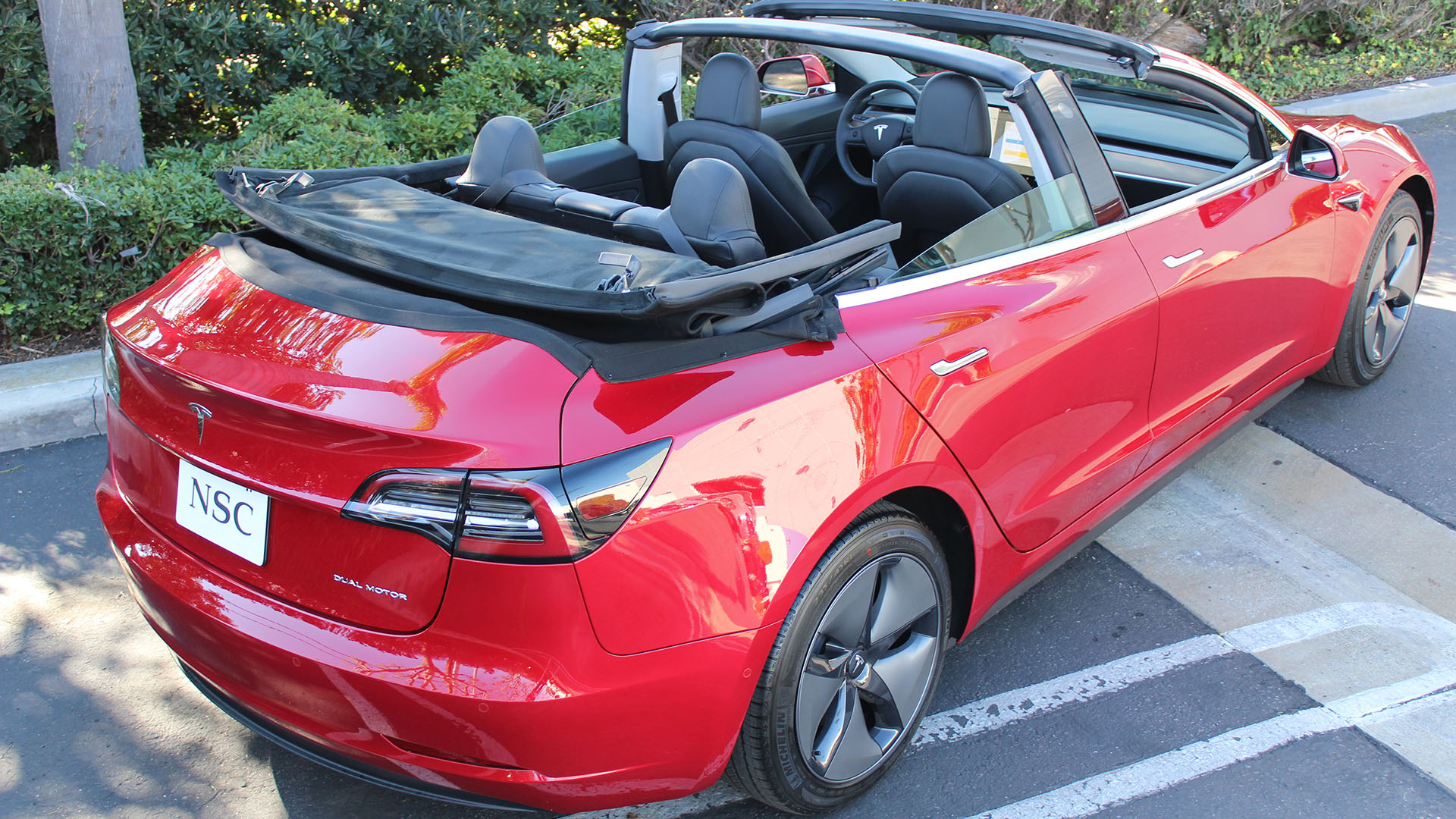 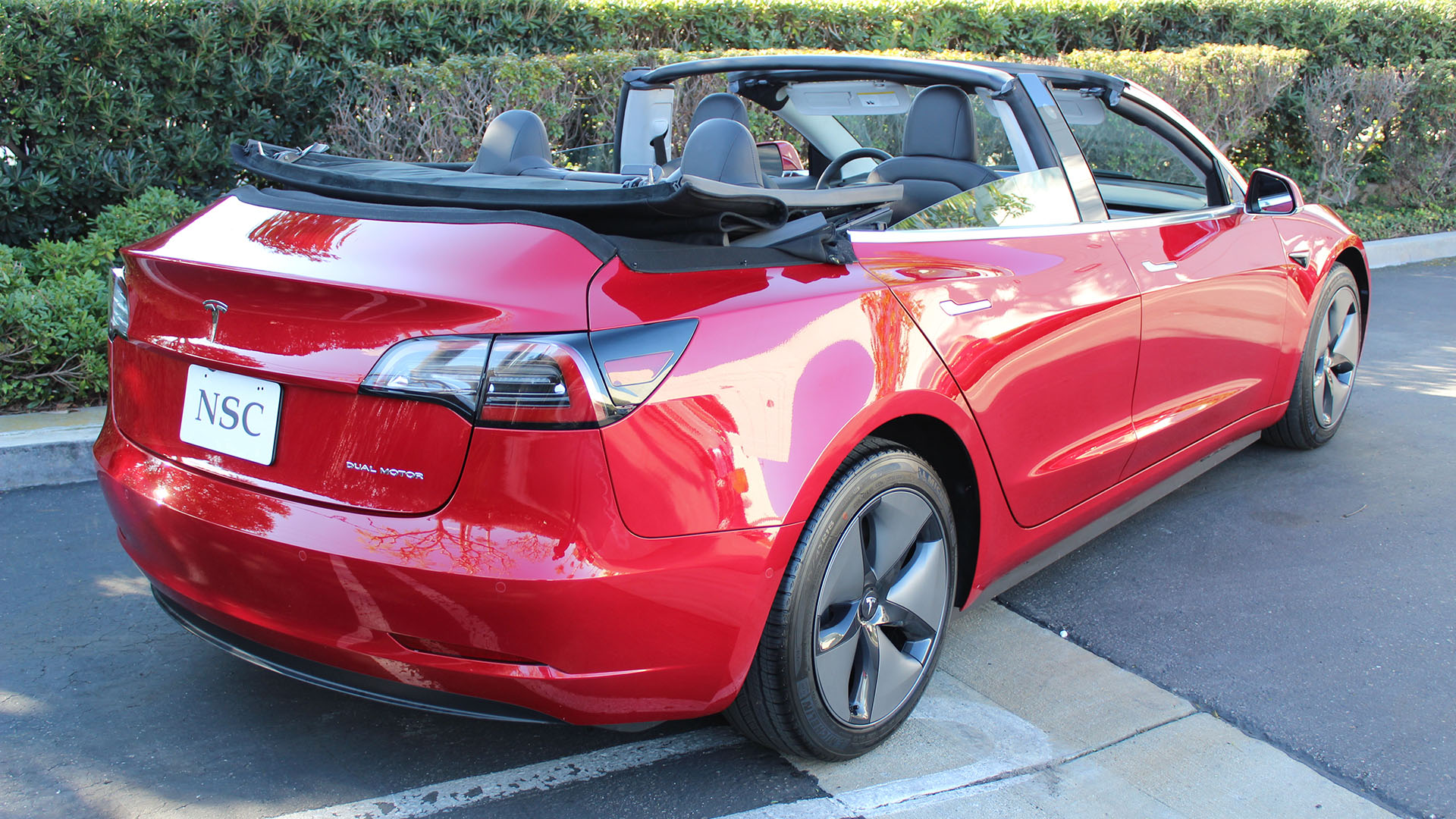 Newport Convertible Engineering has revealed its latest piece of automotive surgery: the Tesla Model 3 convertible. Do not adjust your eyes.

Tesla itself, you will note, does not sell any convertible cars. It has in the past – it started out with the Lotus-related Tesla Roadster – and Elon Musk’s promised there’ll be a next-gen open-top good for 600 miles of range, 250mph flat out and gravity-defying flight, possibly.

But if that sounds improbable, and you’re the impatient type, look no further than what California-based NCE can do to your electric saloon. Having previously chopped the tops off Range Rovers, Cadillac Escalades, Toyota Priuses and done more dodgy photoshops than a bored beauty influencer, the Huntingdon Beach outfit is de-roofing baby Teslas.

As you can see, this is quite the engineering masterclass. The middle ‘B-pillars’ remain, the Tesla retains its four-door set-up, with the tops of the pillars being joined in a delightful basket-handle arrangement familiar to fans of the 1990s Ford Escort Convertible.

The roof, meanwhile, is a classic soft-top arrangement that folds itself almost neatly into a heap atop the Model 3’s boot. When the roof is raised, it appears to almost fit the windows. Lovely.

Engineering details on the conversion are, we’re shocked to say, a tad scarce. Apparently previous Tesla Model S conversions cost around $29,000, though that was for a manually-operated roof, not an electric one. Apparently NCE does reinforce its top-chopped cars, to maintain the chassis’ rigidity when half of what joins the front of the car to the back is removed. Good to know.

Anyway, EVs are apparently soon to take over the world, and the world sure does love topless cars. Always has done. Cars without roofs predate cars with roofs. So it’s only logical to assume convertible EVs for all the family are a future must-have. Just remember where it all started…