The Renault 4 has, for some reason, become a flying car | Top Gear
Advertisement
Weird

The Renault 4 has, for some reason, become a flying car 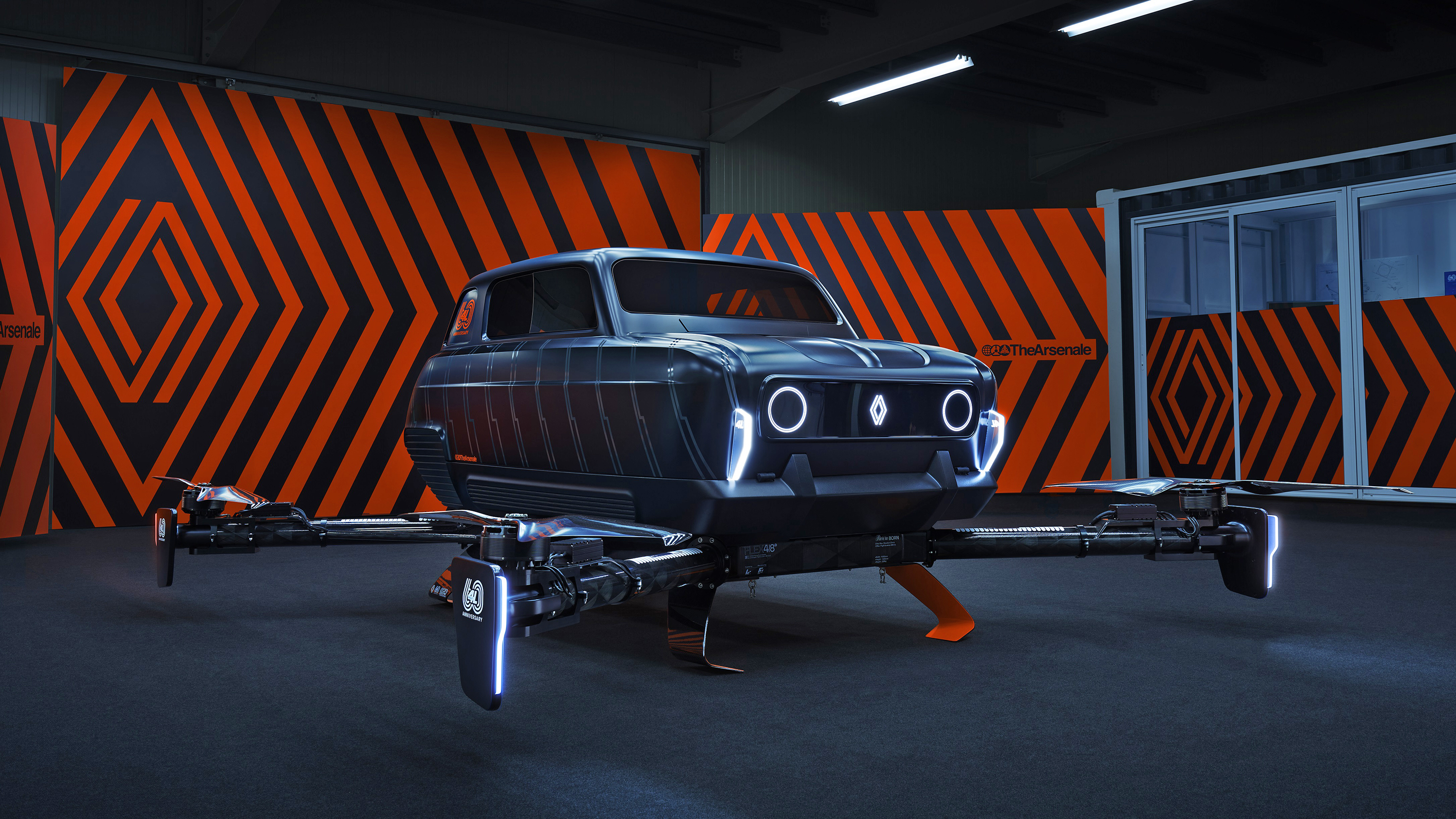 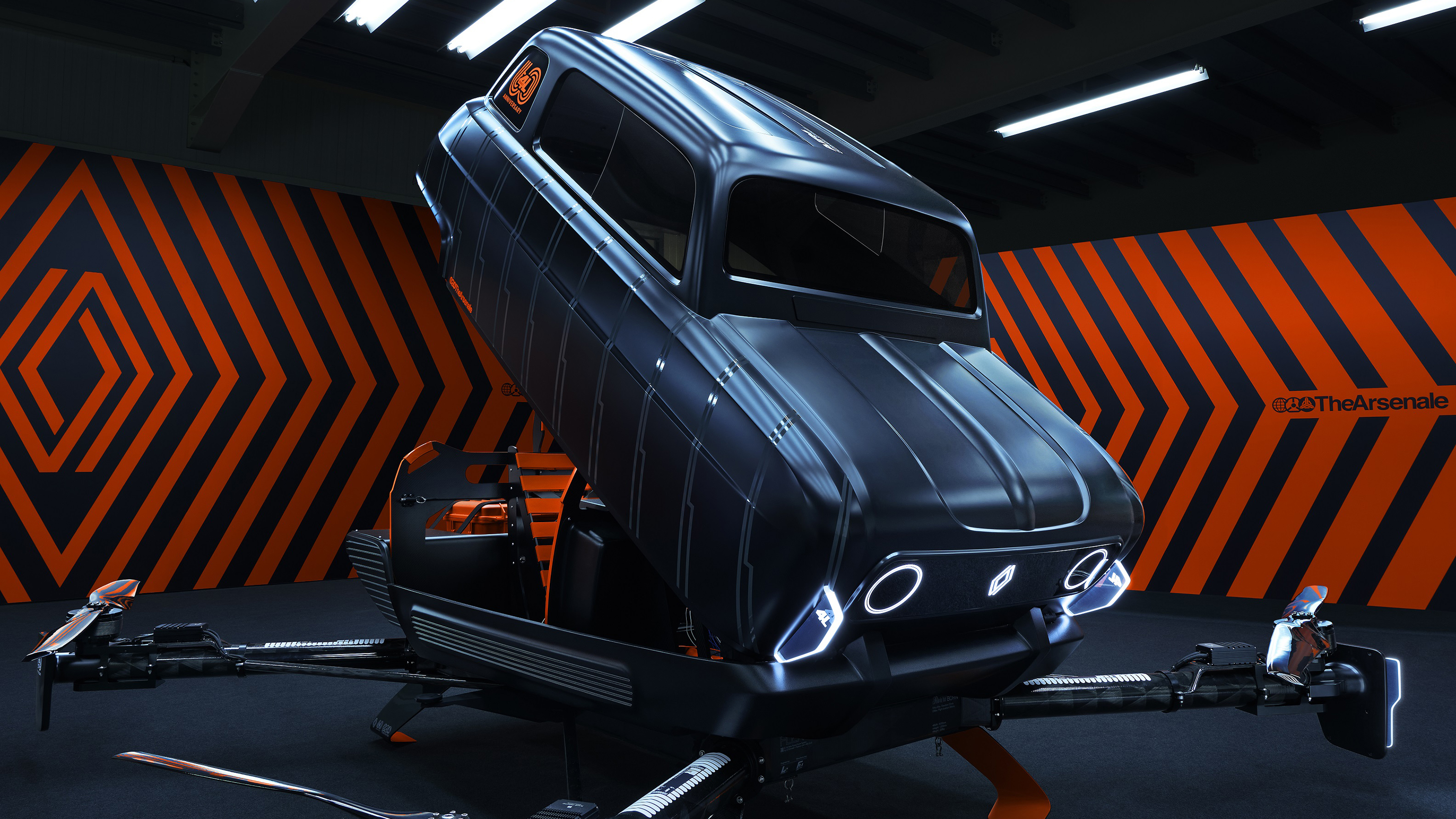 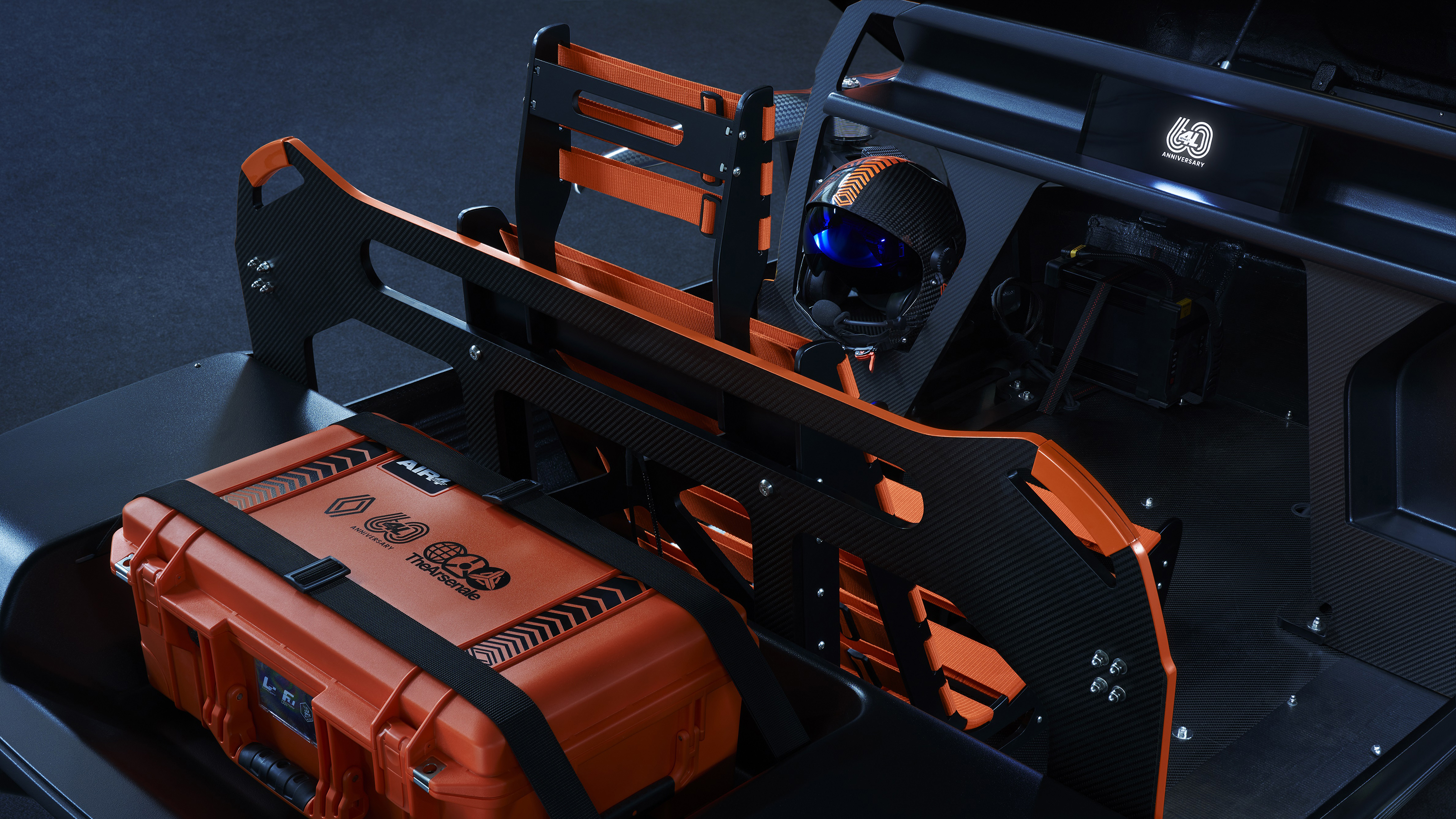 Crikey. Weren’t expecting this were we? Renault’s year-long celebration of the mighty 4’s 60th birthday has culminated in this. It is, and there’s no other way to describe it, a flying Renault 4.

“The vehicle, entirely made of carbonfibre, maintains the same lines and contained mass of the original 4L,” we’re told, “yet presents new dynamic capabilities.”

You don’t say. But while the lines may be the same, we’re promised “rigidity has been completely revised”. The reason? “To include new concepts such as thrust or lift, which required hours of calculations and tests.”

Dubbed the Renault AIR4, it’s been produced with the help of The Arsenale. Key stats and figures are ones which take us into unchartered territory; 22,000mAh lithium-polymer batteries generate a total power of around 90,000mAh. Each of its four propellers provides 95kg of thrust, for a 380kg total.

Its maximum take-off speed is 14 metres per second, but limited to 4m/s ‘for safety reasons’, with a top speed of 26m/s in the air (at a maximum height of 700m) before a 3m/s landing speed. Its peak inclination angle is 70 degrees.

Not quite got your head around that? Join us in the very bewildered club. “After a year-long of celebration we wanted to create something unconventional to close up the 60th anniversary of 4L,” says Renault marketing boss Arnaud Belloni. “This collaboration with The Arsenale was a natural fit. The flying showcar AIR4 is something unseen so far, and a wink to how this icon could look like in another 60 years.”

And what a wink it is. But we don’t have to wait 60 years for a new Renault 4; a more ground-biased version is on its way soon, reborn as an electric car. With a set of figures hopefully easier to inject into our noggins.