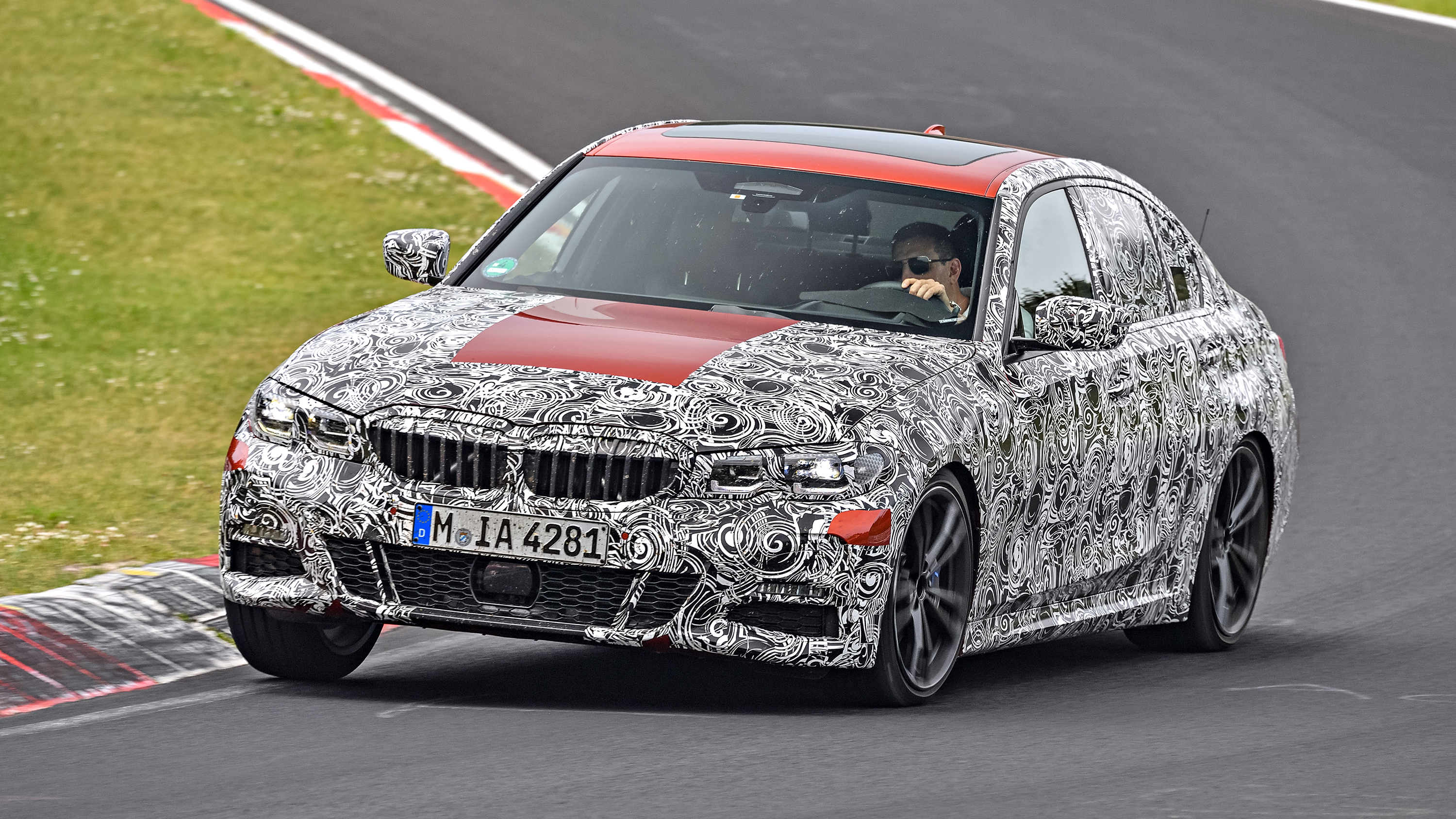 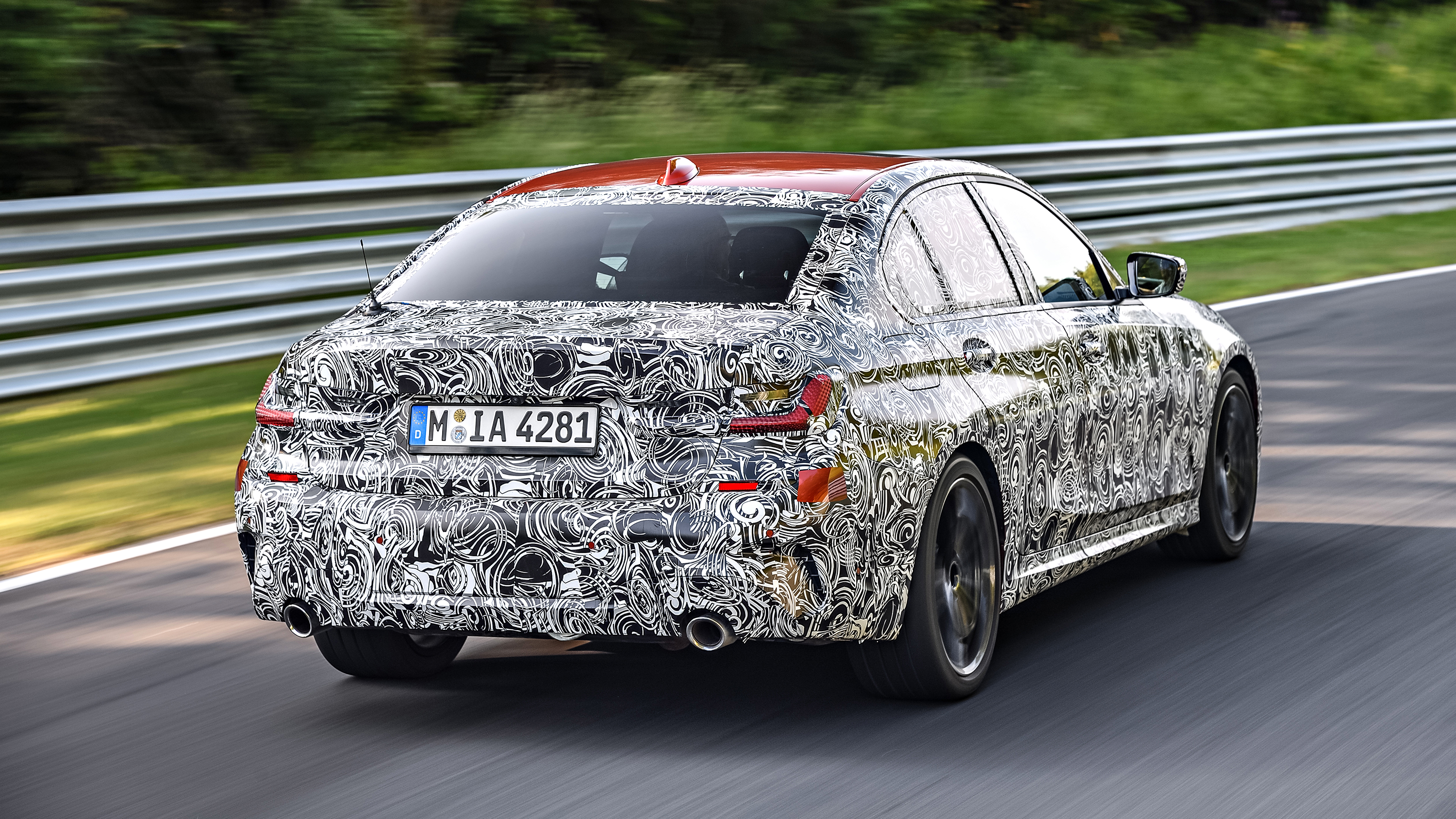 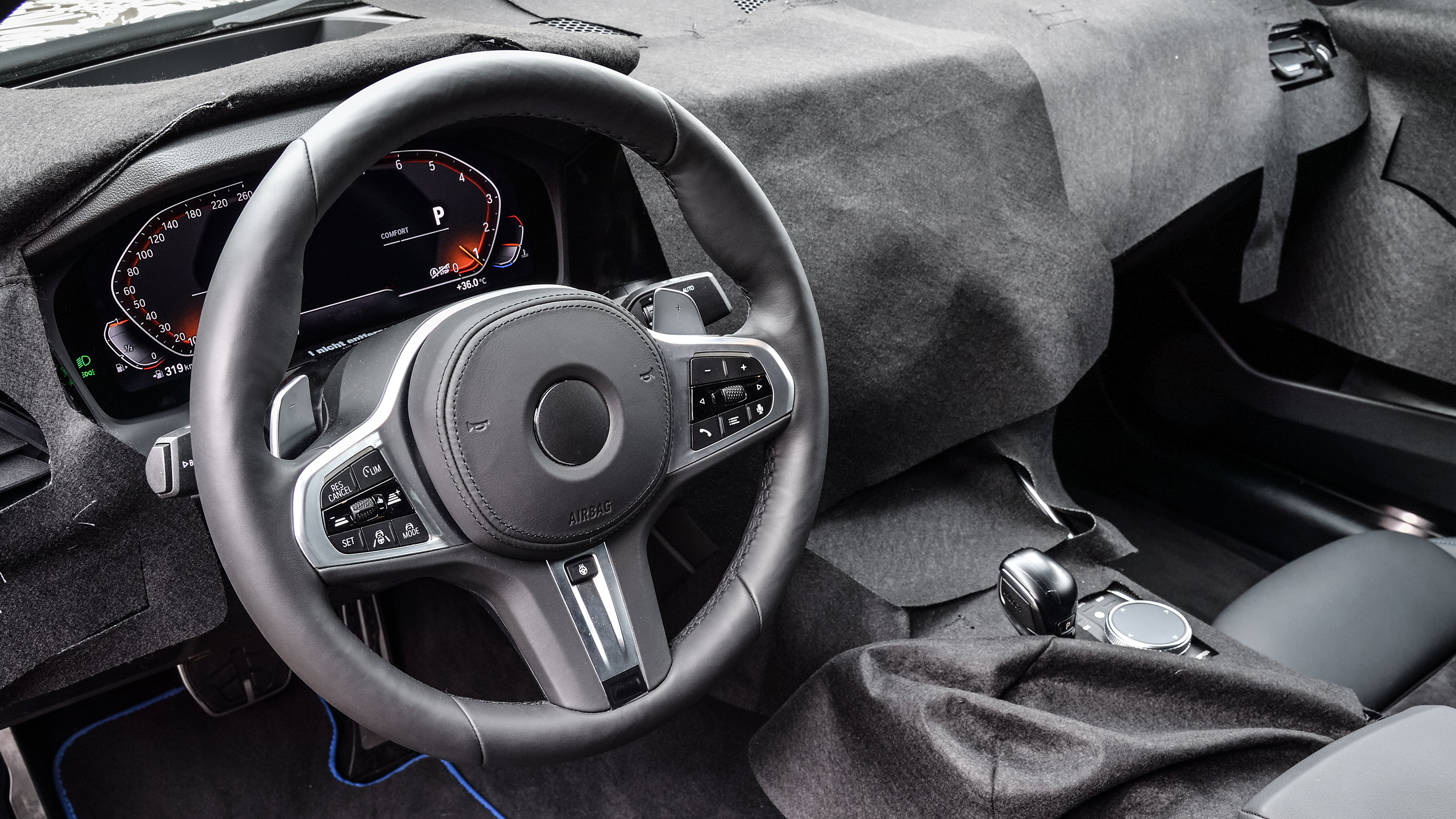 Yes, we’ve bagged a drive in the next BMW 3 Series before it’s been properly unveiled to the public - that’s due in October.

The camouflage isn’t really fooling anyone, though; it’s fairly obvious this is a new BMW saloon car. You could be forgiven for mistaking it for a 5 Series, because as with every generation before it, the 3 Series has grown a bit, being wider and longer than the car it replaces.

Undoubtedly, but the 3 Series’s usual compromise has been partially addressed here, its cabin no longer feeling like the tightest in the class.

We’ll admit we didn’t break out the tape measure, but it feels appreciably more spacious inside, which is good enough for us. That’s both in the front and the back, too, which is no bad thing, as the outgoing 3 Series has been trailing its newer Audi A4 and Mercedes C-Class rivals in that regard in recent years.

But how does it drive?

Yes, apologies for the diversion, and the increased scale is not just about cabin space. Indeed, the dimensional changes were more about improving the dynamics of the 3 Series, the additional space being a happy coincidence. Even so, BMW’s claiming weight savings of around 55kg.

The key gain is the track width, which has grown by 30mm, the centre of gravity also lowering by 10mm. None of the engineers are admitting it openly, but it seems BMW has been stung by the fact that its key rivals have been able to get so close to the 3 Series’s driver appeal. In the case of the Alfa Romeo Giulia and Jaguar XE, surpassing it.

With this new generation, BMW’s goal is to re-assert its best-selling model as the driver’s choice among the premium saloon marketplace.

They’ve gone to town on the chassis, which is encouraging, given BMW could have happily spent less and still sold the 3 Series by the bucket load to fleet and private buyers alike. The engineers very much describe the 3 Series as being at the absolute core of BMW, so it’s essential that its driving dynamics eclipse all comers.

There’s a lot to it, the 3 Series BMW’s latest rear-wheel-drive platform, and it’s some 50 per cent stiffer than that of the outgoing car. BMW has also invested heavily in some trick dampers with hydraulic bump stops, too, much to the chagrin of the accountants. Even the lowliest 3 Series will come fitted with this stuff as standard.

Okay, what does that mean on the road?

All of this means the 3 Series is sharper, more accurate and predictable than ever, the stiffer platform allowing greater agility, and, praise be, increased feel at the same time. All while providing ride comfort that’s more supple than the sometimes uncouth firmness of the current car.

In short, yes. We’re, somewhat predictably, at the Nürburgring driving the swirly-stickered pre-production cars. There’s a reason why every manufacturer known to man comes to this part of Germany, and it’s not all centred around the circuit. The roads around here throw up some rather untypically German tarmac. That’s to say broken, lumpy and bumpy, which is more representative of the surfaces that roll under our wheels in the UK.

Back to the top of the class, then?

BMW’s still got final tuning work to do, but unless the engineers massively drop the ball between now and its release, then yes: the 3 Series will re-establish itself at the top of the class.

We’re driving 330i models, with optional M Sports Suspension – dropping the ride height by 10mm – Variable Sport Steering and an electronically controlled M Sport limited slip differential. These pre-production cars are not entirely representative of what the majority of buyers will pick in the UK, then. The engineers promise that even more ordinary 3s will take class honours for ride and handling, though.

Those special dampers allow more travel and significantly improved control at the limits of their travel, which create fewer compromises for the chassis engineers. The result is tangible, on road and track, the ride composed on the road, and the control evident at track speeds around the Nürburgring – as a couple of laps chasing a M2 demonstrate.

Not many 330i drivers will track them…

No, that’s true, but it does give us a chance to push the 3 Series significantly harder than we could on the road. The chassis is very balanced - thank the 50/50 weight distribution for that - the steering quick and accurate, the nose resisting understeer, and that whiff of rear-wheel-drive push if you’re looking for it.

The steering has got some feel, though we can’t help think it’d be a bit richer in information if BMW ceased to offer the 3 Series with steering wheel rims as girthy as black pudding. The brakes, optional M Sport items, resist fade doggedly, too.

Okay, enough about the chassis… engines?

Evolution here, so there’ll be three, four and six-cylinder engines, burning petrol and diesel - the petrols gaining a particulate filter in the exhaust. There’s going to be some plug-in hybrid options, too, as we charge towards an electrified future.

The turbocharged four-cylinder petrol in this 330i develops a bit more power – up closer to 260bhp – though there aren’t any actual numbers yet. Expect a slight improvement on the outgoing car’s 5.9-second 0-62mph time, and the inevitable 155mph top speed. That’s thanks as much to the small improvements in engine performance as it is to the weight reduction.

All will improve in economy, the engineers stating a five per cent improvement in this 330i.

We weren’t supposed to see the interior, but there’s only so much disguising that can be done when you need to drive a car. Even here in pre-production cars the materials feel appreciably more premium, while the instrumentation is all digital and the iDrive system will be BMW’s latest 7.0 system. Shame our pictures can’t show you any of it…

Will there be an M3?

Yeah, of course, but don’t expect it until late 2019/early 2020, middling ‘M Performance’ models filling the gap until it arrives. With BMW stung at criticism of the regular 3 Series, it’s safe to say it’ll make sure the next M3 is a leap over the current car.

Rumours abound of a 500bhp machine with a water-injection system borrowed from the M3 GTS special. We’ll find out soon enough, then we’ll let you know…