Stephen Dobie
0
Full screen
1/18
Woah, what’s that? Rarely has a more pertinent question been asked. It’s a Ferrari 330 LMB – sort of. It’s an incredibly hard car to pigeonhole, neither one of the original LMB racecars nor a restomod that mimics one. Let’s call it an unofficial recreation, one following the exact same recipe as the four LMBs made in Maranello itself, just five decades later: take a Ferrari 330 GT road car and convert it for competition. It’s the work of Bell Sport & Classic in Hertfordshire, who took on the project after the bloke whose idea it was tragically died at the wheel of his pre-war Bentley. Bell says 583 WKL ‘pays respectful homage to the original 330 LMB’, and every component of the car has been sourced from Ferrari’s original suppliers or crafted in-house to original spec. A true Sixties sports car afficionado may find points of contention, but to everyone else, not a nut, bolt or instrument needle should look out of place. So what exactly is a 330 LMB? If it looks a bit like the 250 GTOs that fetch squillions at auction, that’s because it’s effectively an evolution of them. Which is why it looks way more like a GTO than it does the 330 GT road car that lies beneath its bespoke alloy panels. Shorthand for Le Mans Berlinetta, Four LMBs were built for the 1963 Le Mans 24 Hours, where just one finished, in fifth place. Those four cars then lived different lives, their interiors more plushly retrimmed in the Eighties for road use - a retrim that Bell has replicated. The solitary right-hand drive example made it to New York, with its measurements taken back in 2010 to educate the early stages of this, the birthing of an unsanctioned fifth LMB. Which is what I see here? Yep. Bell reignited the project three years ago, headed by an exceptionally talented (and exeptionally tattooed) man named Elliot East. This is a one-off, and it’s not for sale – there’ll be no ‘continuation’ run or suchlike. It’s a rolling testbed and demonstration of the company’s – and Elliot’s – restoration skills, a showpiece to inspire those with a forlorn hero sat in their collection to bring it back to its best. Such in-house ability helped ensure the LMB’s rebirth wasn’t derailed by Covid-19, too. So what are the specs? Up front is a dry-sump 4.0-litre V12 producing 390bhp and 300lb ft. It drives the rear wheels through a five-speed manual gearbox and a limited-slip differential. With just 950 kilos to shift, that means a top speed of around 175mph. The engine is naturally one of the LMB’s highlights, but I’d argue the work that went into boring out a 330 GT’s 3.0-litre V12 to 4.0 litres – adding bespoke carbs and yielding another 100bhp in the process – is what your brain anticipates a ground-up recreation like this entails. So it’s the ‘duller’ details that end up being anything but. Bell deemed the replacement window catches available as not good enough, so made its own, and they took an entire year to get right. The windows themselves – all but the front screen is Perspex, betraying the LMB’s racing purpose – had to be remade within their frames, as ‘spares’ simply don’t exist. You might have spotted the rear windows are asymmetrical, too, to accommodate the remote oil tank on one side of the car. Bell’s recreated that as well, even though it’s a tad unnecessary away from the scurry of a 24-hour pitlane.

Enough window catches. How does it drive? I’ll cut to the chase, it’s pretty magical. Not least because the gearbox isn’t quite to period spec. The racecars ran four-speed gearboxes without synchros, but fitting a five-speeder with them makes all the difference in making this a welcoming thing to drive every day. There’s no need to double declutch on upchanges and while it appreciates a heel-and-toe blip back down the ratios, it doesn’t strictly need it. The dinky little seat looks too short in the back to fully support your posture, but it holds your bum and hips in place like few modern buckets manage. It’s fixed in place – and for someone about an inch or two taller than my 5ft9 frame – so depressing the clutch all the way requires some in-car pilates. The clutch itself is light as a modern car’s, though, and it’s only a lack of action at the top of the throttle pedal that leads to the audible pre-stall chatter as I first pull away from Bell’s Herts base. The engine stays running, though; it’s so torquey low-down that it fills the gaps in your building confidence as you gauge the 330’s various control weights. How quickly does confidence come? Ten minutes, if that. It rides well, there’s far more grip than a cartoonish Goodwood Revival TT might lead you to expect and the brakes are simply marvellous. They replicate the originals but possess something approaching modern stopping power, a testament to how far ahead of their time Sixties endurance Ferraris were. The steering has a tighter turning circle than you dare hope and is surprisingly light at parking speed. It’s in tighter corners and roundabouts where you need to impart a bit more brute force, and I imagine you could emerge at the top of an Alpine pass quite exhausted, ready to breathe in the scenery you’ve just ascended with a well-earned espresso. But you’re never hanging onto the LMB. The lunge to its 6,000rpm redline (it’ll easily top 7, but we’re limited today) is fun without being frantic. And it of course sounds utterly fantastic, its engine of deeper, more mechanical voice than today’s V12s. Yet stretch second, third and a bit of fourth gear on road and you’ll approach turns with more speed than you perhaps anticipated. It’s a delightfully useable amount of performance on the road, while still enough to get you into trouble. Good. So what’s the verdict? It feels more lent towards a languid journey to Le Mans than it does a lap of the place. Gorgeous dials sit amongst startling visibility, making this improbably valuable sports car easy to place, even in a busy town centre. People tend to let you through gaps and out of junctions, anyway, showing you the kind of courtesy an 812 Superfast owner might lose hours of their life awaiting. All told, it’s a deliciously judged driving experience. The LMB asks of enough additional effort over a modern supercar to feel special – and absolutely unforgettable – yet boasts enough usability to make Tuesday morning traffic distinctly unterrifying. Even with Elliot in the passenger seat as I operate the object he’s dedicated innumerable hours of his life to. Any last little nuggets? Cosmetically, this 330 LMB has the same infamously leaky riveted fuel tank as the originals. In reality, there’s a properly sealed lining within. So it looks right, but it’s significantly more reliable. The same reasoning places the visible end of an LMB’s gear linkage above that friendlier synchromesh ‘box and a cooling fan up front. Oh, and the Scuderia badges on the 330’s flanks were hand-painted by a man tucked away in Elliot’s contact book. It’d be entirely possible to lose an afternoon just taking in their brushstrokes. LMB number five might be a tricky car to pigeon-hole, but it’s a tremendously easy one to coo over. And fall for. 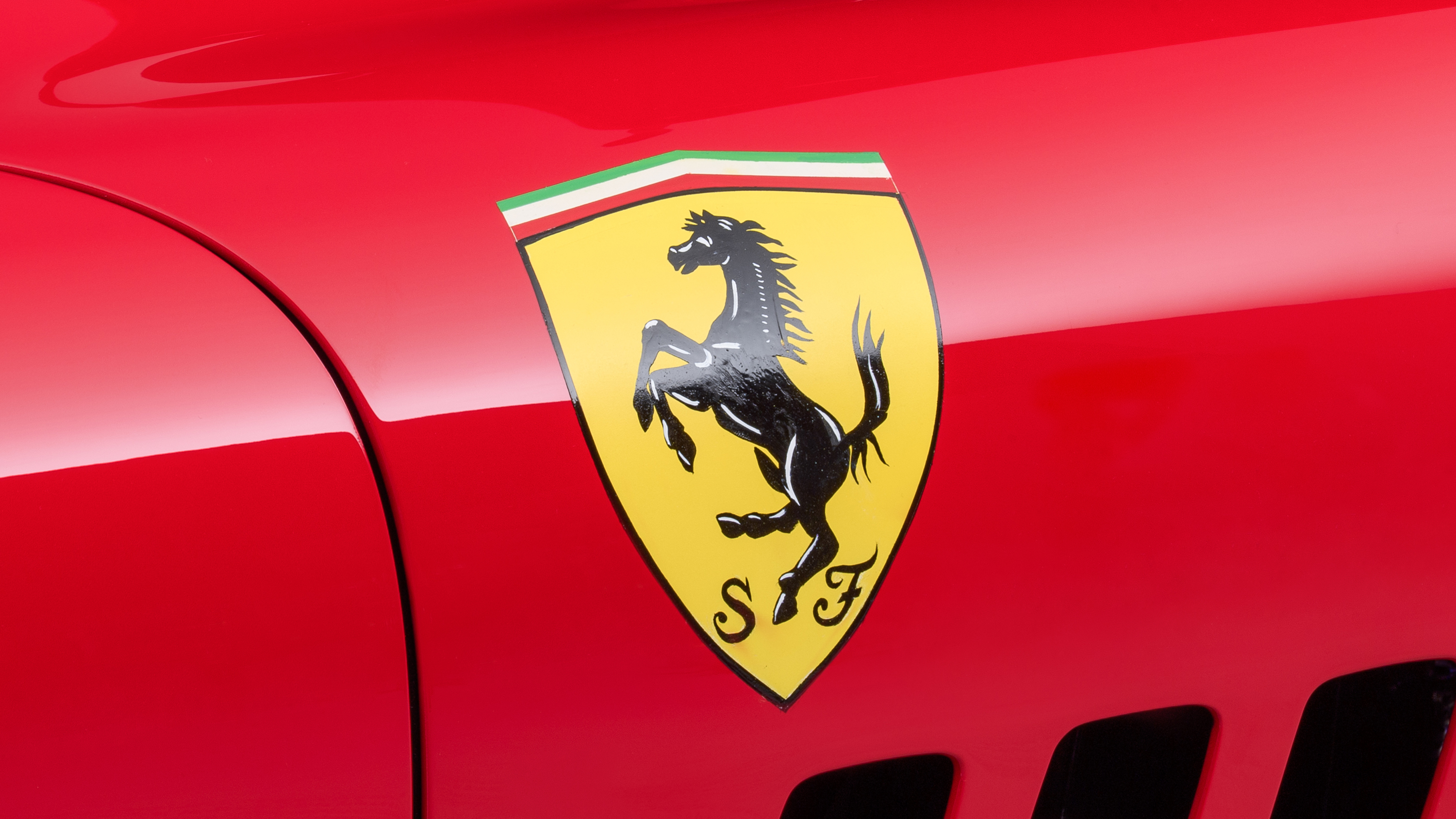