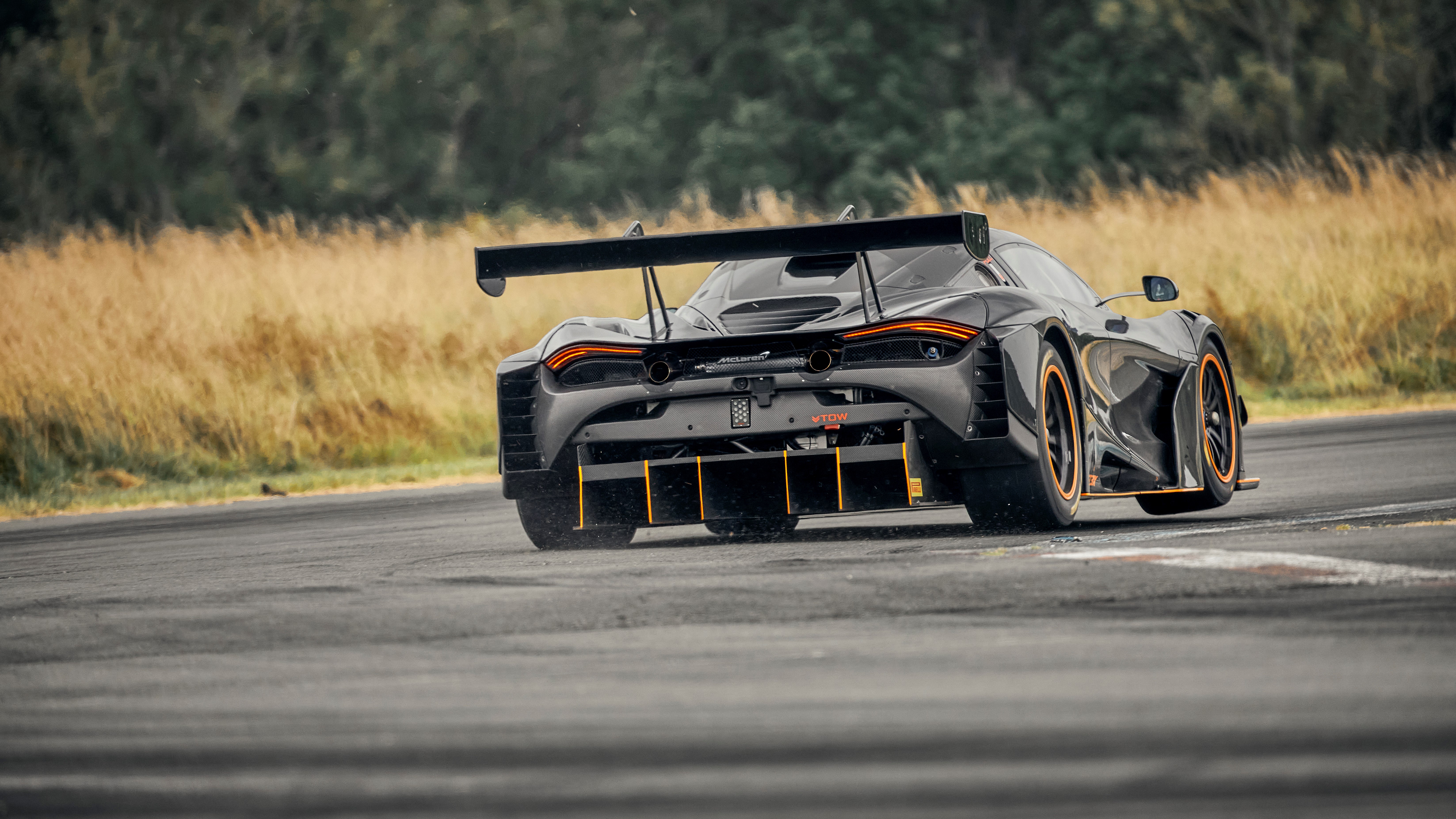 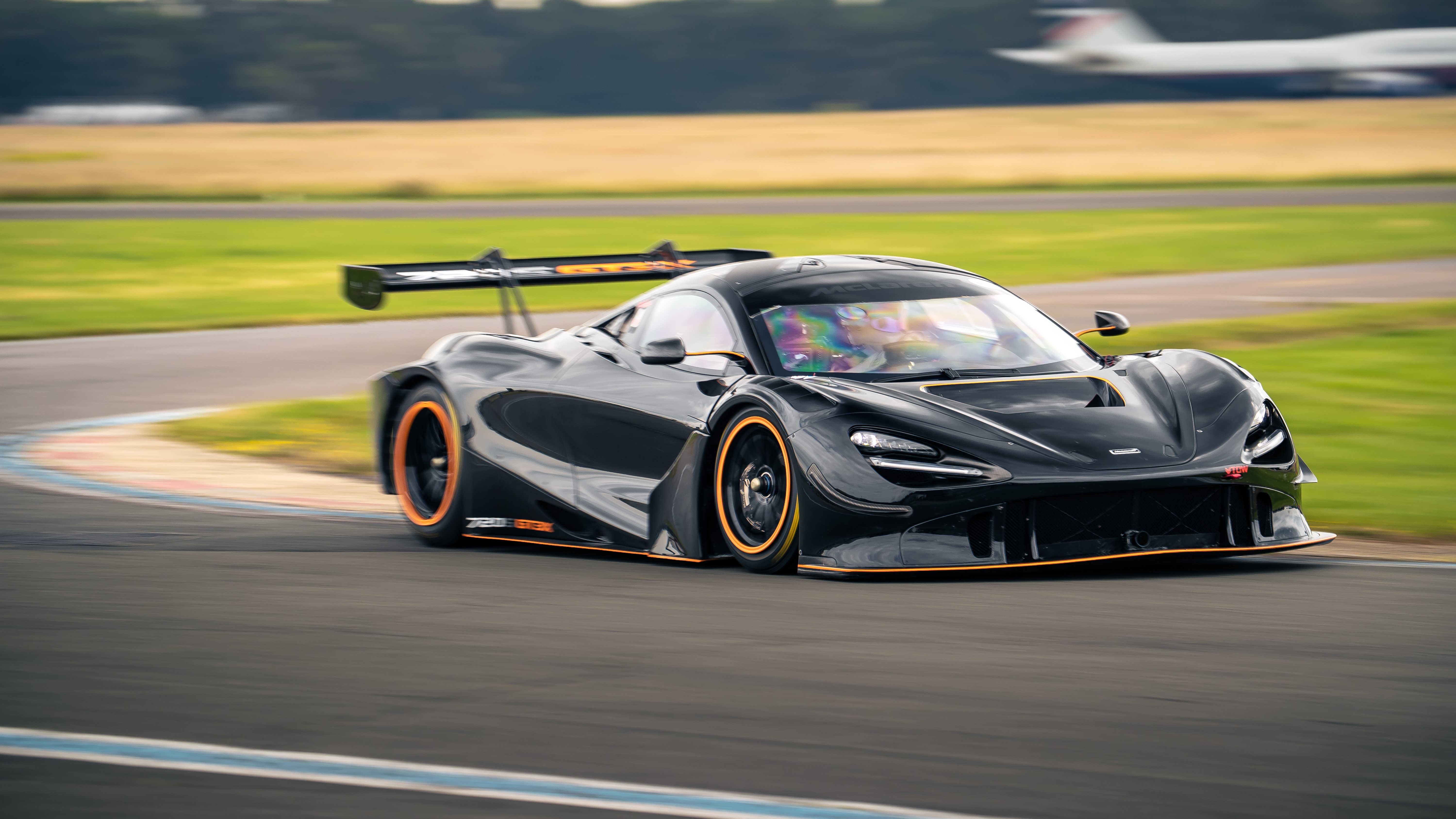 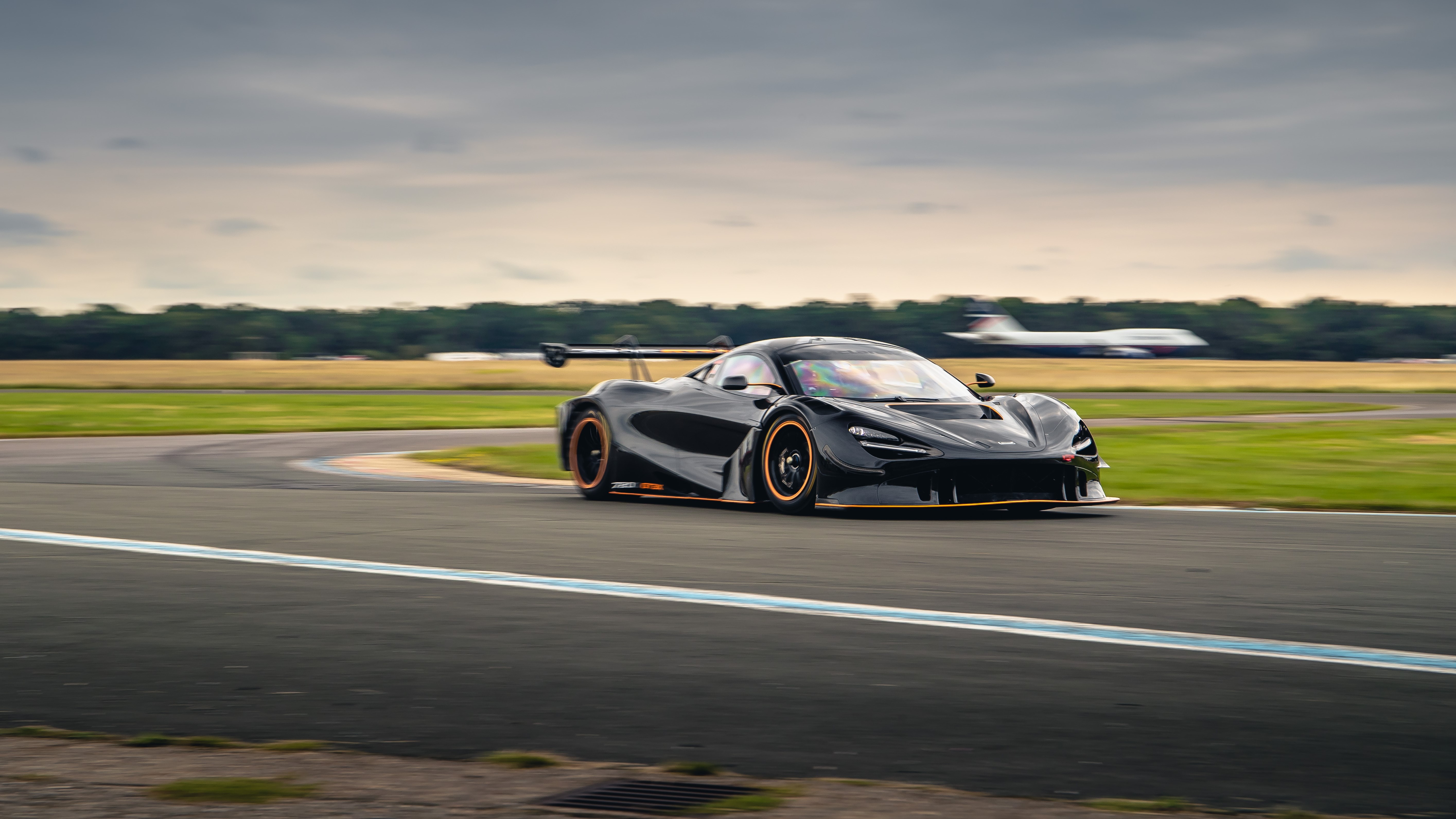 Yep, at least not in GT races. You could probably have a go at hillclimbs and sprints in it, though.

So what’s it been designed for?

Two things: parting wealthy people from their money and showing what a no limits GT3 racer is actually capable of. Let’s deal with the latter first because the former raises some interesting questions we’ll come on to deal with.

This very car won the Goodwood Hill shootout at the Festival of Speed earlier in the summer. Beat everything. So the GT3X is clearly very, very fast indeed. But here’s the thing no-one tells you about regular GT3 racing cars. They’re not very fast. Sure, they’ll turn-in impressive lap times, but that’s because they have slick tyres, astonishing brakes and lateral grip that would make a limpet raise an eyebrow. But when we say ‘fast’ we mean acceleration don’t we? But to make the racing even and keep costs down, power is limited. It’s all done electrically these days, there are no inlet restrictors, but instead turbo boost is managed so that total output (depending on track, weather, performance and a whole bunch of other parameters) is somewhere in the region of 500-550bhp.

But the road car has…

Yes, well over 700bhp. It would romp away from the racer in a straight line drag race. But more than that the GT3’s balance of performance is all wrong because having physically brutalized yourself with the stopping and turning, when you accelerate it’s like you’ve left the handbrake on.

So the GT3X turns the wick up?

There’s a bit more to it than that. Where the racer uses a different V8 that McLaren will only tell me is ‘from elsewhere in our stable’, the GT3X reverts to the regular road car’s M840T twin turbo V8. And then goes to work on it. Strengthened pistons are fitted, also a lightweight exhaust and blueprinted cylinder head. Power delivery is changed, low rev tractability suffering in favour of high rev power and response. There’s also a push-to-pass button that frees up another 30bhp for a total of 750bhp.

Still not as much grunt as a 765LT, let alone a Senna.

No denying that, although the GT3X, while looking like it’s pressed down so heavily the tarmac will be dimpled under the tyres, actually only weighs 1205kg. Yes, the Senna is lighter still (to the tune of seven whole kilos), but that’s a dry weight, and in equivalent fluids and fuel trim to this, the Senna is over 100kg heavier. The GT3X has a power to weight ratio of 622bhp/tonne.

Outwardly it appears the rest of the car is pure GT3 – the aero package is largely unchanged for instance, and the same goes for the suspension. Inwardly things are different. 50 per cent of the components are different to the race cars, and the options list includes such niceties as a drinks system – a straw, rather than a cabinet – full telemetry and a silenced exhaust. A bare carbon chassis is delivered to race team HQ and the GT3X, just like its GT3 sibling, is built up from there. All the body panels are carbon, only 10 per cent of the components are shared with the road car. The biggest change apart from the engine is the rollcage, adapted chiefly to allow the inclusion of a passenger seat.

Enough info. How is it to drive?

I thought I knew what I was getting into here. A GT3 with 50 per cent more power. So in my head that meant it would just be faster in a straight line. Fine, I can cope with that. McLaren reckons it’ll do 0-60mph wearing slicks in 2.8secs and that’s fine too, because when I drove it after I’d just hopped out of the Ferrari SF90 having posted a 2.35sec two-way average.

But what I’d forgotten is break times. No, not brake times. In a regular GT3, acceleration is when you have a rest. In the GT3X, that’s gone, the physical forces on your body are not only more punishing, but the time spent actually covering a straight is much reduced.

From Chicago down to Hammerhead I chance a glance at the digi readout and see it at, er, well, I think it was either 235kmh or 238kmh. Could be wrong, there was quite a lot going on. But let’s say about 145mph, when most superfast road cars struggle to hit 125 (less speed carried out of Chicago, earlier on the brakes into Hammerhead).

The extra power taxes the car everywhere. You arrive at braking zones faster, you have to be more cautious with the throttle mid-corner, it means the car is on a finer edge all the time. It’s bloody exhausting.

Is that an issue?

Absolutely not, this is how it should be. I’ve driven other GT3 cars and they’ve always left me slightly hollow. I get out of them convinced the engineers have fitted the special restricted engine map labelled ‘foolproof: journo mode’. They insist not, tell me that’s how fast a GT3 car is and I go away mildly dejected.

The GT3X is different. Wilder. Way more intense. Equipped with the muscle to fight back against slick tyres, wings and devastating, face-wrenching brakes.

You have to trust the car though. Racing cars find bumps at Dunsfold that don’t exist for anything with numberplates. The GT3X lifts a wheel on the surface change through Hammerhead, but it’s the bumps on the exit of Follow Through and Bentley, when the car is travelling very fast, that are initially unnerving. The car skips fractionally sideways, but by the time you’ve realised, you’re 100 yards further down the road. Reacting with steering or throttle now would only cause issues. The car has already dealt with the situation and done so fabulously well. There’s just the merest hint of softness to the suspension’s initial absorption, but after that you get iron clad control and confidence.

Which means I’m comfortable attacking the brakes with everything I’ve got. Not a chance of locking them up. I wouldn’t mind a bit more sense of where the braking limits of the carbon Alcon stoppers are, but it’s all a bit hard to detect because the muscles of my left leg are working at their limits and that makes it tricky to be fluent with my inputs. I’m happier coming out of corners than going into them, where the traction is ridiculous. I’m using the traction control, but only stage 4 of 11. If it’s having to do any work, I can’t detect it. Then all I have to do is watch for the flashing blue and red lights that signal time to pull a paddle and let the six-speed Xtrac ‘box fire the next one home.

How did you feel afterwards?

Sweaty. I wake up the next morning with bruised hips, so spend the first couple of hours swaying along like John Wayne. Serves me right. Like I said, I thought I knew what I was getting into. I underestimated the 720S GT3X. It’s utterly relentless.

Awesome. Now tell me again what it’s for.

Besides being a useful demonstrator, McLaren Racing will build and sell you a GT3X for £750,000. Main usage? Track days. Your poor instructor can sit in that newly available passenger seat. But it seems bananas, doesn’t it? Something with this much ability not actually racing.

Hang on though, McLaren already has other track-only toys in its range.

Correct, this is not its first foray into cars that can neither drive on road nor compete on track. There was the P1 GTR, then the Senna GTR.

So why bother doing the GT3X?

I detect a trace of internal politics here. Imagine you’re McLaren’s race team. You’ve watched as the production car people have launched increasingly track focused versions of cars from their Ultimate range, culminating in those GTRs. ‘Hang about’, you think, ‘track cars are our department’. And so you decide to get one over on them.

This feels the more genuine machine to me. The way it remains so balanced when you charge into corners heavy on the brakes, the way the suspension packs such fluency into so little travel. A Senna GTR may be a similar weight and yet more powerful, but I found this easier to manage, more predictable and more communicative. But beyond that a GT3 as fast, full-on and ferocious as you imagine it to be. And if you keep an eye on TopGear.com over the next couple of days, we'll be able to tell you exactly how fast it was around our track with the Stig at the wheel. Stay tuned.