Singer's DLS project review: what's it like on a public road? 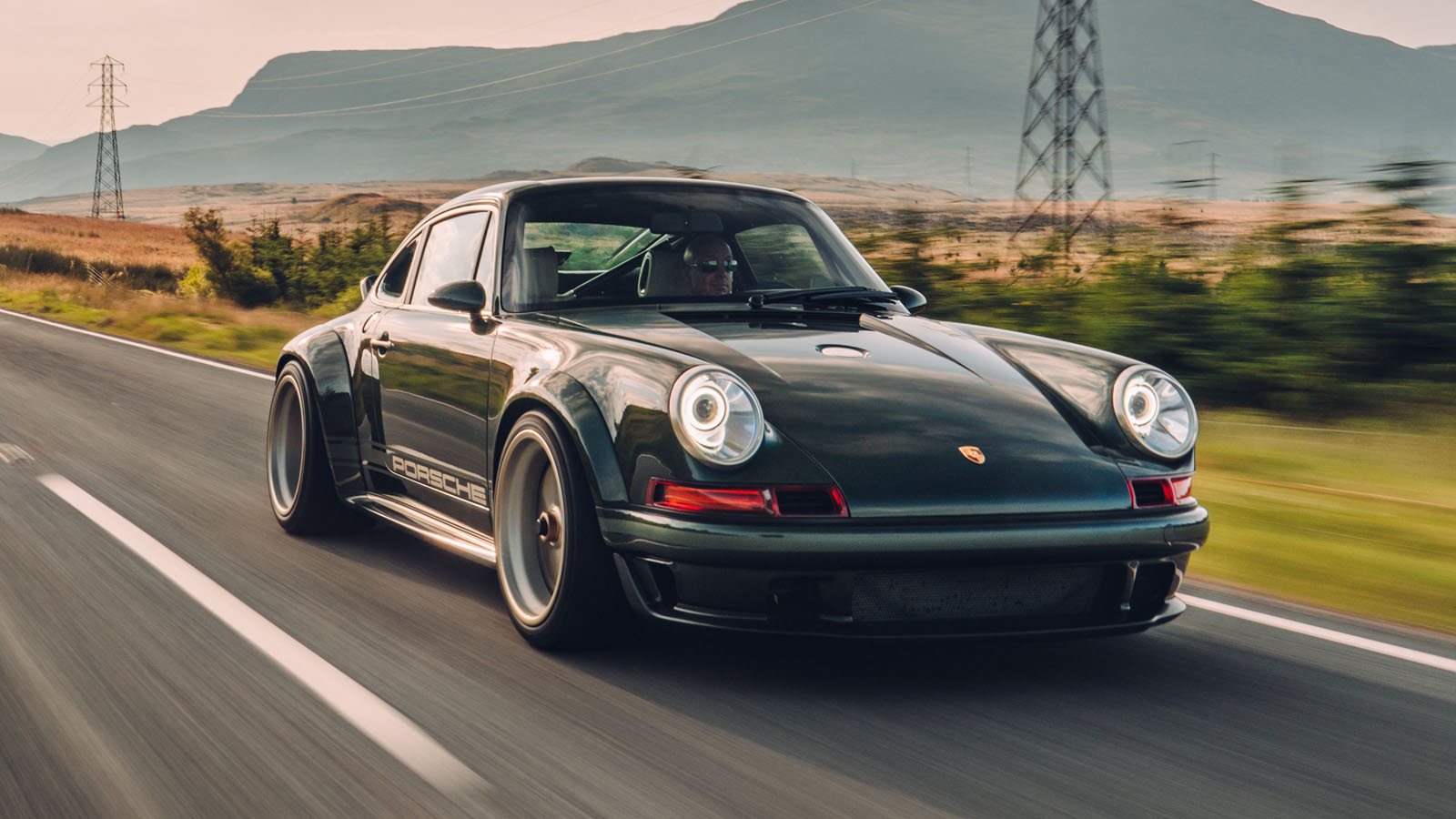 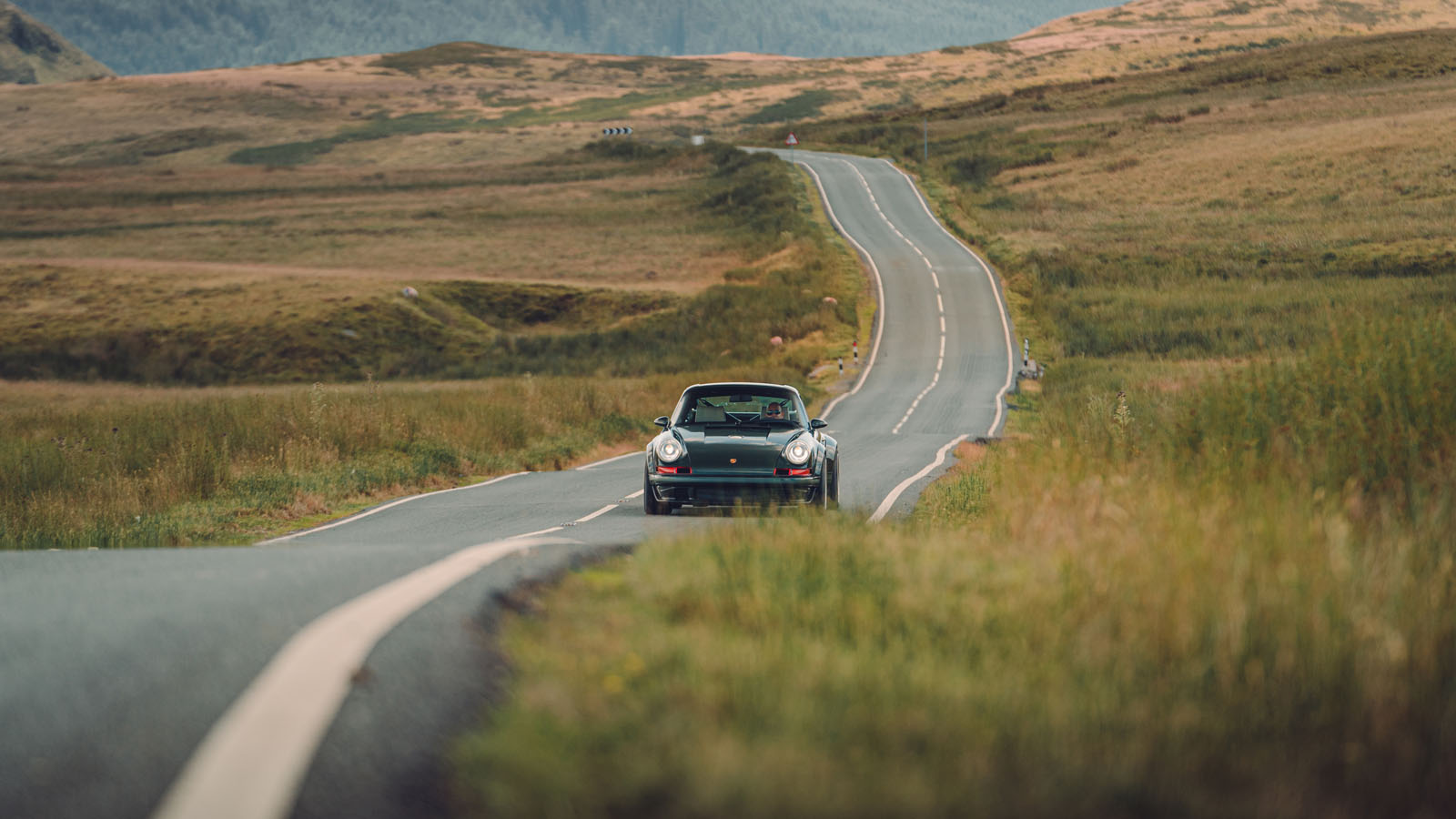 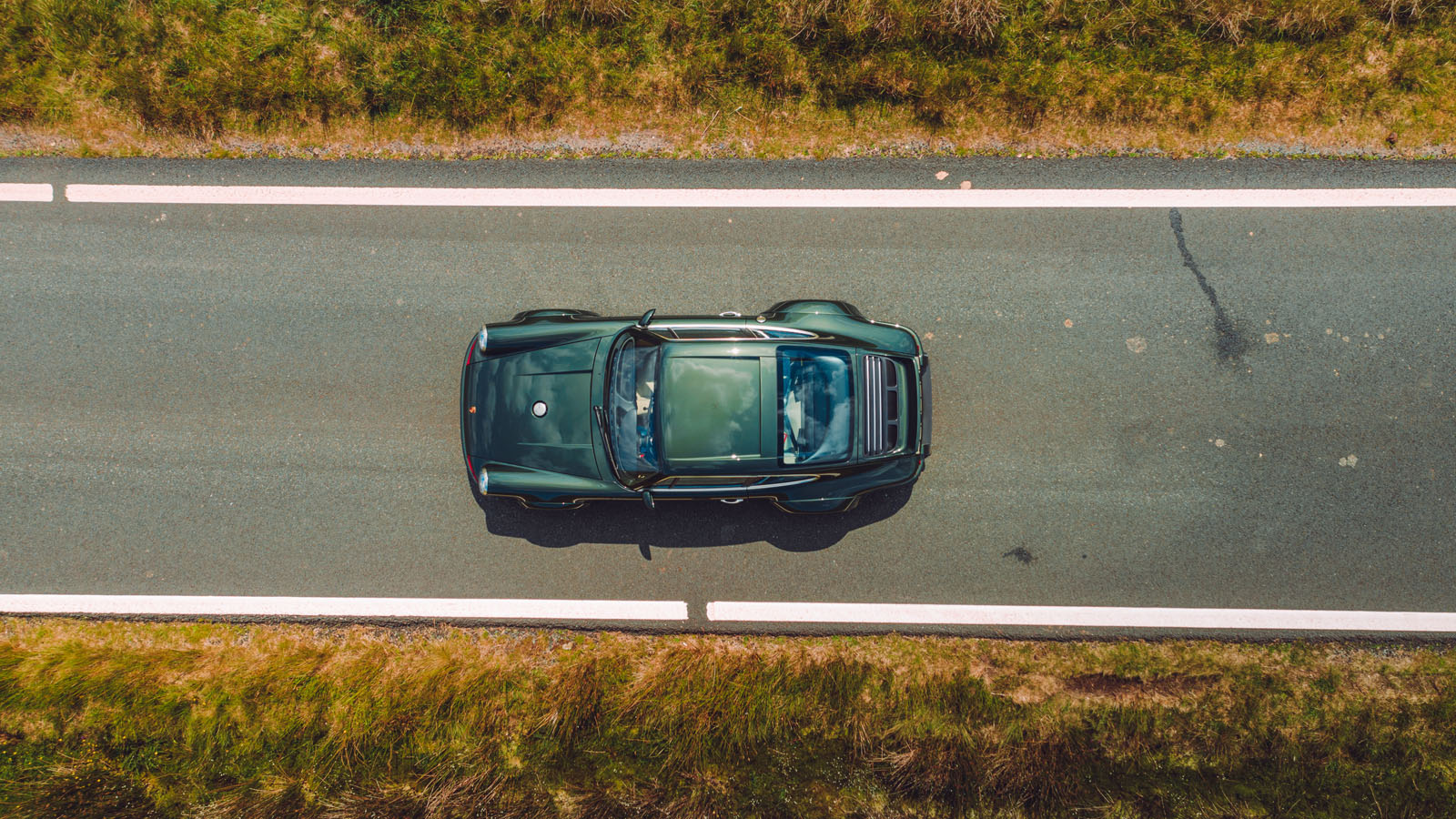 I’m not sure how to start this. “What’s it like to drive?” seems oddly inadequate.

I know what you mean. We made a film with the DLS and while I was driving it and chatting to the camera I realised that this is not a car you just ‘drive’, because your whole experience of it is wrapped up in your emotional response to it as an object, and that experience doesn’t begin when you select first, let out the heavy clutch and start rolling.

When does it start then?

When you first see the car and know that soon you’ll be driving it. It’s the sense of anticipation. You walk around it, absorb it as a work of art, marvel at the stance, the detailing, the proportions, how it seems to enhance every element of what you know a Porsche 911 to be. It’s almost a caricature. Then you open the door and discover the cabin is every bit as beguiling.

You’ll have heard people say how pictures of famous artworks or sculptures don’t do them justice, never quite capture their essence, that you actually need to experience them yourself to realise the impact they have. Well, it’s the same with the DLS. It has an inner glow, appears to radiate presence in the same way some people do when they walk into a crowded room.

And this sensation never wore off. I must have jumped in and out of the DLS at least 70 or 80 times over those two days and every time I walked up to it I felt my footsteps stutter, every time I was about to turn the key, I’d pause.

Do other cars have this effect?

Some do. I’ve just been driving the Lamborghini Huracán STO and that has a very overt sense of theatre. But the thing about the DLS is that it’s effortless. It almost comes as a surprise to discover there’s weight to the controls. But there is. The doors (heavier than you expect) need a firm slam, the steering only frees up once you’re into second, the clutch needs muscle.

But initially you sit there and marvel: the feel and texture of the steering wheel, the view ahead past slender pillars and upright windscreen, bright sun sparking off the jewelled rev counter. The build-up is intoxicating. So you turn the key. The needles flick, there’s a mechanical click or two, some electronic ticking. Another twist and an angry, vocal bark of revs, settling into a tight growl. Besides the weight, notice the tactility and precision in each movement needed to get the car rolling, how blissfully mechanical it feels.

Is it tricky to drive?

Not at all. In fact it’s amazingly vice-free. For a highly strung engine it’s remarkably tractable and rarely hiccups, pulling cleanly from low revs – which is the best way to appreciate it. On track you’re always at the top end, close to the 9,300rpm limiter, so you spoil yourself. On road you use more of the range, so you get a broader perspective on the whole, listen to the engine power develop, the tune and pitch change as it climbs across the rev range.

Tracks force you into a pattern of changing gear. On road I find myself rowing the lever back and forth for the sake of it, revelling in how easy it is to get the heel and toe downshifts just right, in how sweetly the stick moves from third down to second. I lower the window just to listen to the engine’s howl and thrum beat back from stone walls, then more gearshifts, to hear the overrunning exhaust rumble and crack alongside the addictive induction.

It’s not about speed. It wasn’t on track either, but out here it never is. The base thrill of acceleration is such a tiny and insignificant part of this car’s arsenal. The performance when you use it is shocking, simply because you don’t expect an old 911 to go so damn hard, but then it has a power to weight ratio significantly better than a new GT3.

Did you have the new GT3 together with the DLS?

Handily, we did – I had a GT3 Touring on loan at the time. The bare truth of it is that the DLS made the GT3 feel two dimensional. But the GT3 was a reminder that the DLS, despite the huge changes made, is not a modern or new car. The GT3 was cleaner and slicker into corners, changed direction without apparent effort. That’s what 30 years of development has done. But the DLS isn’t trying to leapfrog 30 years, or to deliver a modern driving experience – it’s trying to be the best restored old 911 it can be. Now turned up to 11.

Interesting though, that both arrived at double wishbone front suspension as a solution. And while Porsche has managed to lengthen the 911's wheelbase over the years, Singer has achieved a similar effect by moving the engine forward a couple of inches.

Does it make a difference to the handling?

Absolutely, although I wouldn’t describe the DLS as tamed. This is still a car that has traditional 911 traits. It understeers if you push, oversteers if you lift. Oversteers a lot if you lift then push. But on road, where you’re not pushing the limits, it flows.

I wasn’t sure it would initially, because the engine seems at odds with the suspension. No flat six in my experience has ever revved faster, demolished gears quicker or been angrier than this one. There’s real ferocity in this 4.0-litre, less air-cooled rasping chunter than I expected, but more snarling fury and motorsport intensity. As I’ve said before, it deserves a place on any list of the finest road-going internal combustion engines mankind has devised, simple as that.

Meanwhile the suspension is so, so supple. The Exe-TC dampers are adjustable, but the springs aren’t that stiff, so there’s some movement in the car, a sense of calmness and composure. It almost skates over the surface, the suspension delivering this soothing primary ride, while underneath you feel the very texture of the road, but it does nothing to deflect the car or discomfort you.

That engine and chassis work supremely well together speaks volumes – both are at ease whether charging or cruising – or anything in between. Factor in some cracking scenery and driving the DLS is full choir-of-angels stuff.

Could you drive a DLS every day?

Yes, because it’s still a 911. Which means it’s compact, threads neatly through narrow streets, has great visibility, is spacious and only needs a slight voice raise inside. Two of you could easily do a weekend away in it, the passenger would not find it aggressive or intimidating. Few people would know they were looking at anything other than an old Porsche.

True, they’d fall over if you told them what it was worth, think you were unhinged, but that’s surely just another part of the joy of this car. It’s financially stealthy. Which could also be interpreted as ‘hilariously overpriced’. But the engineering tells a different story, and if you buy a DLS, you buy into that as much as you buy into the aesthetics of it.

The turning circle isn’t that special, the stability control is slightly blunt in standard Key Up mode, I’m not convinced by the slightly fat font or green colour of the lettering on the minor dials and the steering isn’t quite as nuanced, talkative and alert as a Lotus’s. But compared to anything new? This is way beyond them. Most are so focused on doing the numbers and times that they have forgotten about sensation. Electric power will exacerbate that.

The DLS is calmly astonishing. It could just deliver beauty and speed – many exotics do – and we’d admire and appreciate it. But this indulgent and meticulous device is wonderfully multi-layered with abilities that creep up on you. It’s a car that will magnify, intensify and endlessly enrich whatever driving you’re doing. So do something amazing in it.