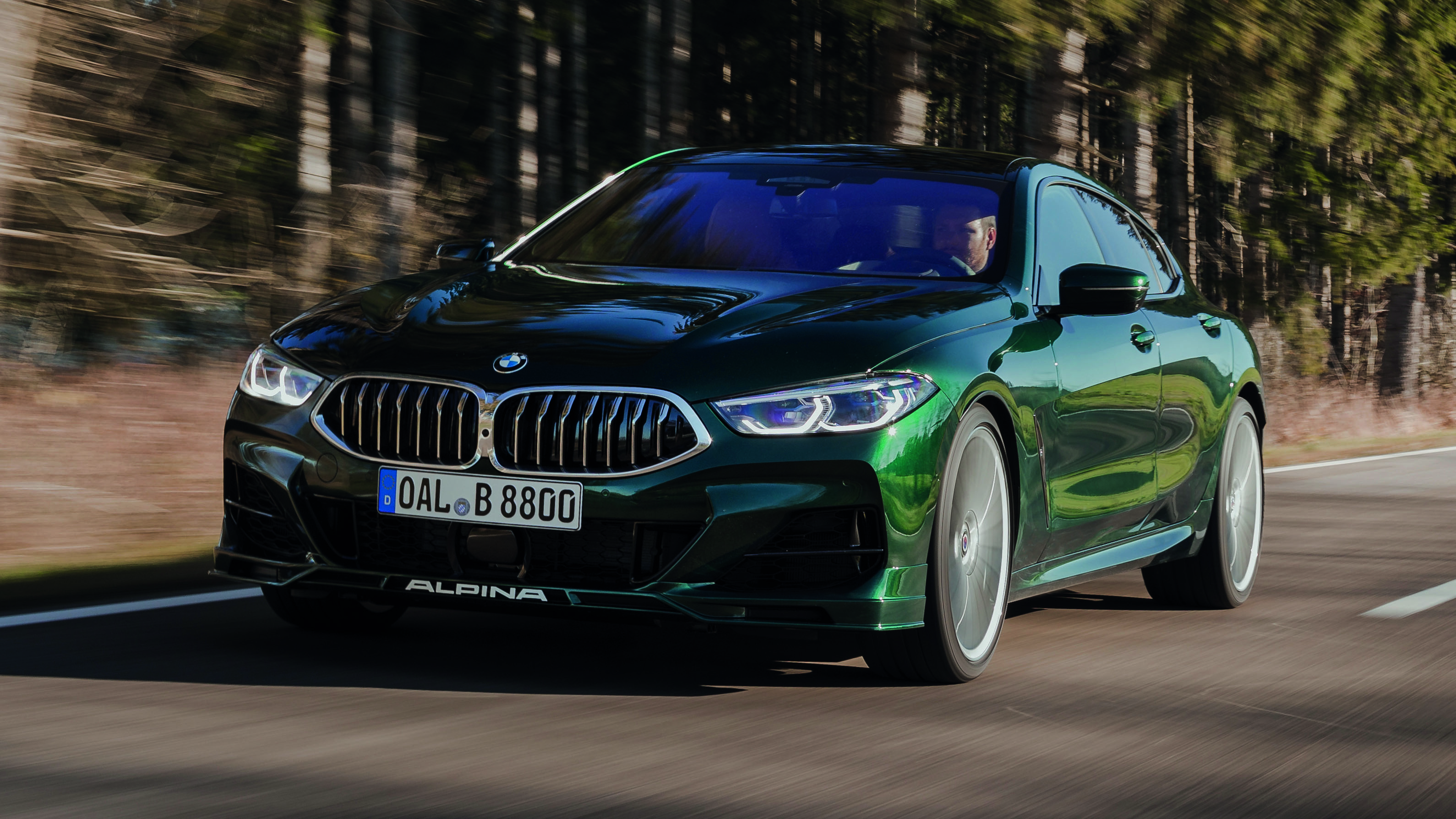 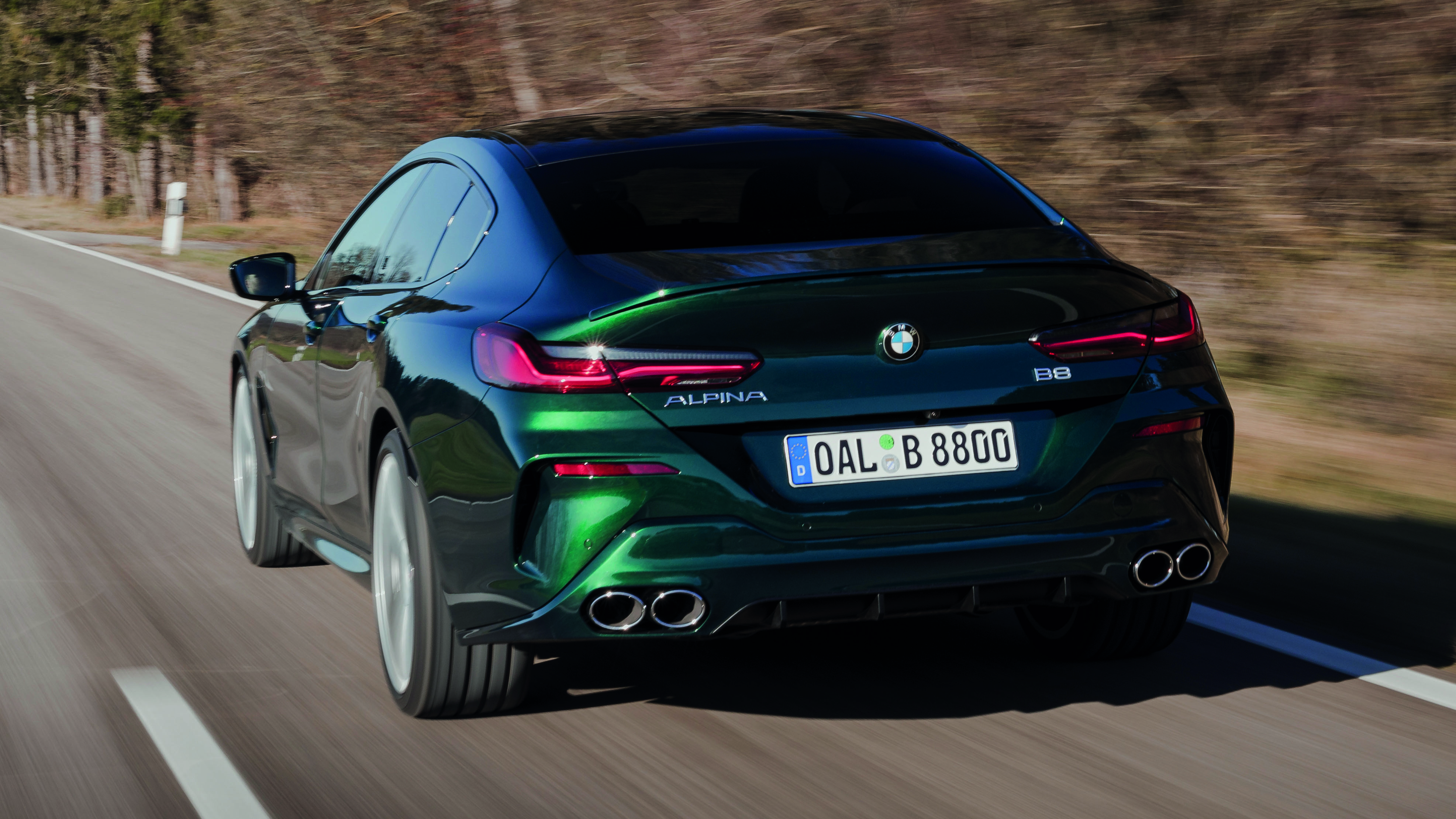 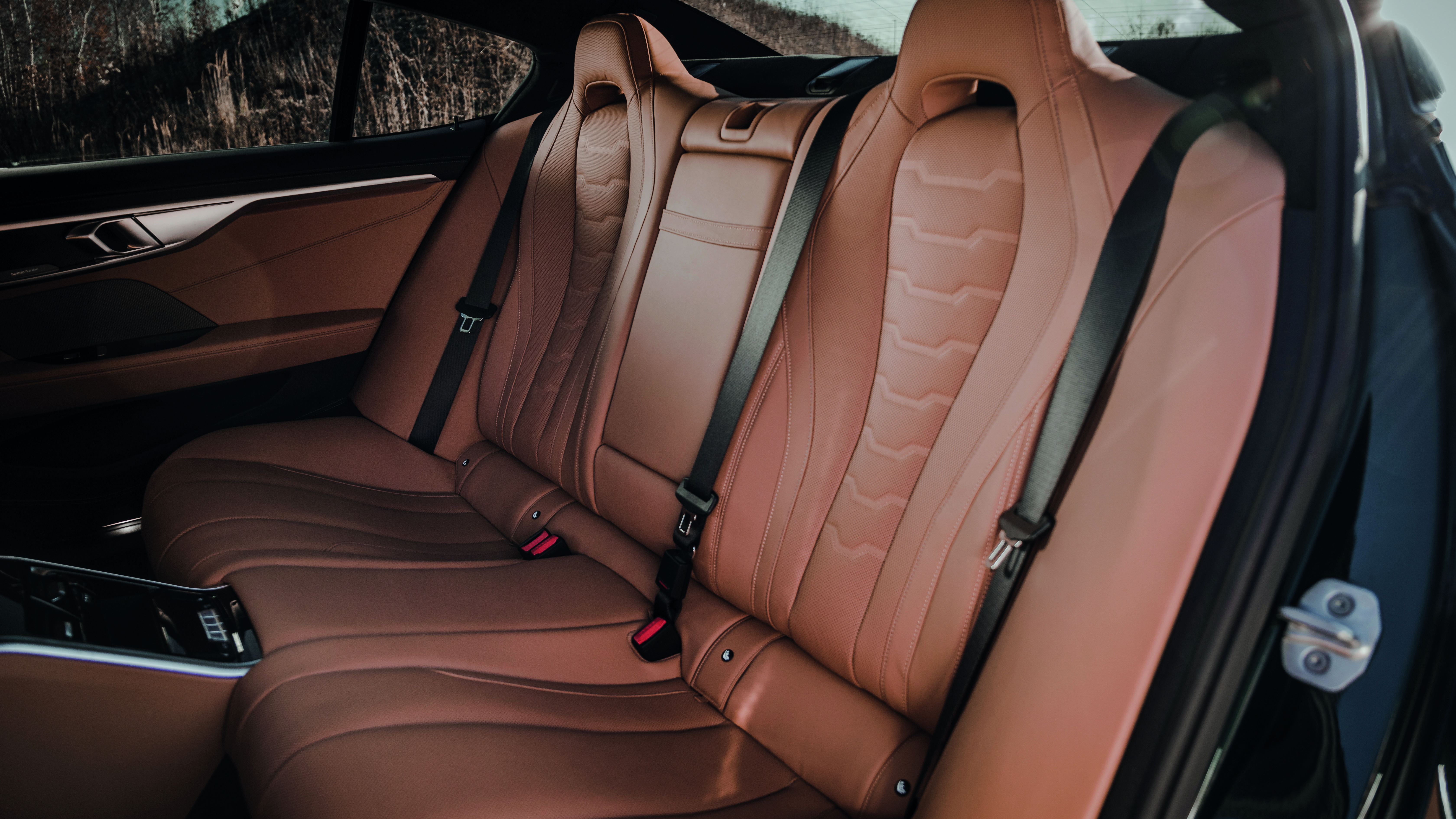 An Alpina B8 Gran Coupe. Why should I bother when the M8 GC exists?

If you’re asking that question then you might have misunderstood the setting. Allow us to set the scene. It was late. The bright lights of the city were busy financing an ominous, coolly dramatic night backdrop when a thought lanced through the otherwise serene, electric cabin of Alpina’s V8 four-door coupe.

‘This feels like a movie. A Michael Mann movie.’ A man whose distinctive cinematic traits felt laser-etched into the B8’s ginormous heart; a gradual unveiling of a panorama of muted colours and moody music, building through a serious, high-minded tension before exploding into a cacophony of deliberate, serious, high-minded action.

Err, let’s talk about the car before we get all ‘Pacino and De Niro in the café!’ please.

Sorry, got a little carried away. Yes. Sure. The Alpina B8 Gran Coupe. As with everything that emerges from the offices of founder Burkard Bovensiepen and his two sons Andreas and Florian, everything is choreographed and executed to be minimalistic but quietly, confidently powerful. Unless it’s the XB7.

Which brings us to the V8 that appears to have been literally shoehorned into the gargantuan space up front. We opened up the bonnet for lolz and the entire engine bay was akin to a bodyguard bursting out of their suit – barely a millimetre of fat or space to play with. All killer, no filler.

The 4.4-litre V8 that started life in the 850i gets a pair of “optimised’ turbochargers and Alpina’s own cooling system – three external coolant coolers, a bigger transmission oil cooler, and new bespoke intercoolers with 50 per cent more cooling surface. Total output sits at 613bhp and 590lb ft of torque – figures not far off M Division’s own M8 – matched to an Alpina exhaust and eight-speed auto. Said auto gets reinforced internals, an aluminium transmission oil sump, and a better turbine torsional damper to reduce vibrations.

So it’s comfortable, then?

Indeed the principal reason for buying an Alpina is its diametric opposition to any notion of stiffness, for something a little more composed. The 850i’s adaptive dampers are matched to Eibach springs and hydro mounts on the front axle struts for better comfort, while stiffer suspension strut support mounts, reinforced sway bars and stiffer lower wishbone mounts are there for handling smarts.

And, does it have those?

Affirmative. We must first make mention of the ride, because it is sublime. In ‘Comfort Plus’ mode almost all road imperfections are filtered out, while even in ‘Sport’ there’s little in the way of interference.

Yet that doesn’t come at the expense of being able to turn quickly and satisfyingly so. The steering feels wonderful, with a good balance of precision and chatter - but no more than is welcome - so it fits the overall theme. There’s good body control and traction on offer here too when you begin exploring that turbo V8; a sense of the Alpina being in control all of the time, its top button done up and a determination to simply devour the corner ahead with minimal fuss. Coolly efficient.

Truth be told, it’s hilariously effective. The torque feeds in from 2,000rpm and so – assuming you’re in Sport or Sport Plus – you just rocket away, the noise gently invading the cabin as you hit the high notes. You don’t need to, but often you might find yourself just leaving it in second and being a teenager again. And goodness is it fast. Alpina claims 0-62mph in 3.4s, with a top speed of 201mph. When fully lit, the V8 makes a wonderful noise, but it feels distant; detached. Perhaps our only complaint would be that it needs more. But then, that’s not the Alpina way is it? Especially when Pirelli developed noise-cancelling tech for the front tyres.

So it goes as well as it looks.

And doesn’t it look so, so cool? What you don’t get in the pictures is its presence; the 8 Series Gran Coupe is already the best looking 8 Series, but the biggest four-door BMW makes lends its shape well to Alpina’s styling affectations. Larger air intakes, a new rear apron, black diffusers, a very subtle rear spoiler and those 21in wheels with Alpina’s classic 20-spoke design.

The interior gets small Alpina-specific flourishes too. That hand-finished steering wheel, the illuminated sills, high-gloss trim, Merino leather and Harman Kardon’s outstanding stereo all as standard. There’s not much left to option, other than the classic green paint which’ll cost you a few extra grand.

Shut up and take my money.

Unless you’re an XB7, Alpinas generally require little persuasion. You get a few very enthusiastic followers – quite literally, a gentleman on a motorbike rode side-by-side admiring the haunches, while another gent in an E46 cabrio was smiling from ear to ear – but mostly fly under the radar.

Indeed, you’d probably never see another one, such is Alpina’s rarity and indeed this B8’s. Each one starts at £134,950, and only a small handful will ever be sent to the UK. For that feeling of being in an LA crime drama soaked in moody colours and packed with powerful performances, the B8 – perhaps Alpina itself – is the automotive equivalent of a Michael Mann movie.