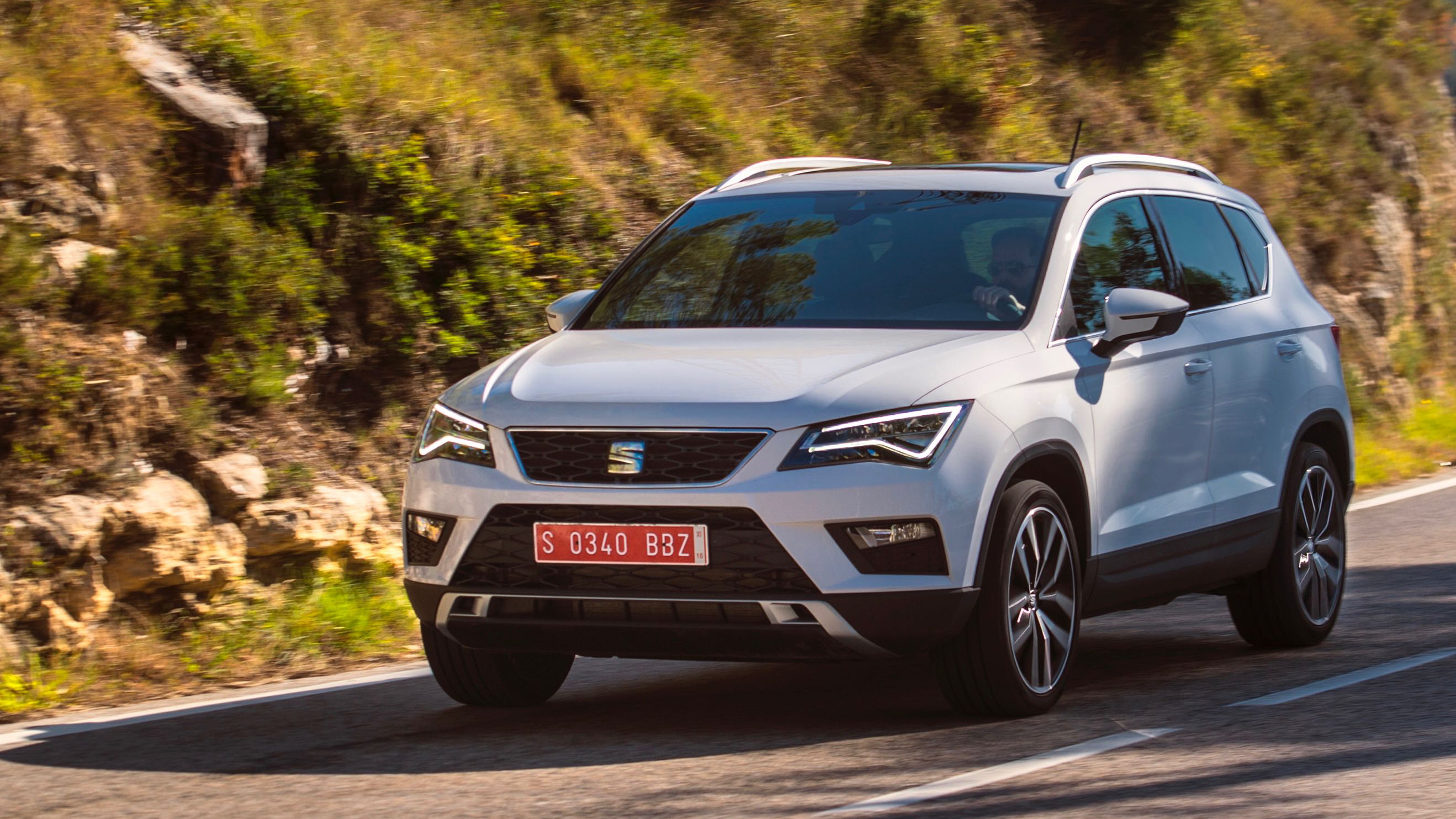 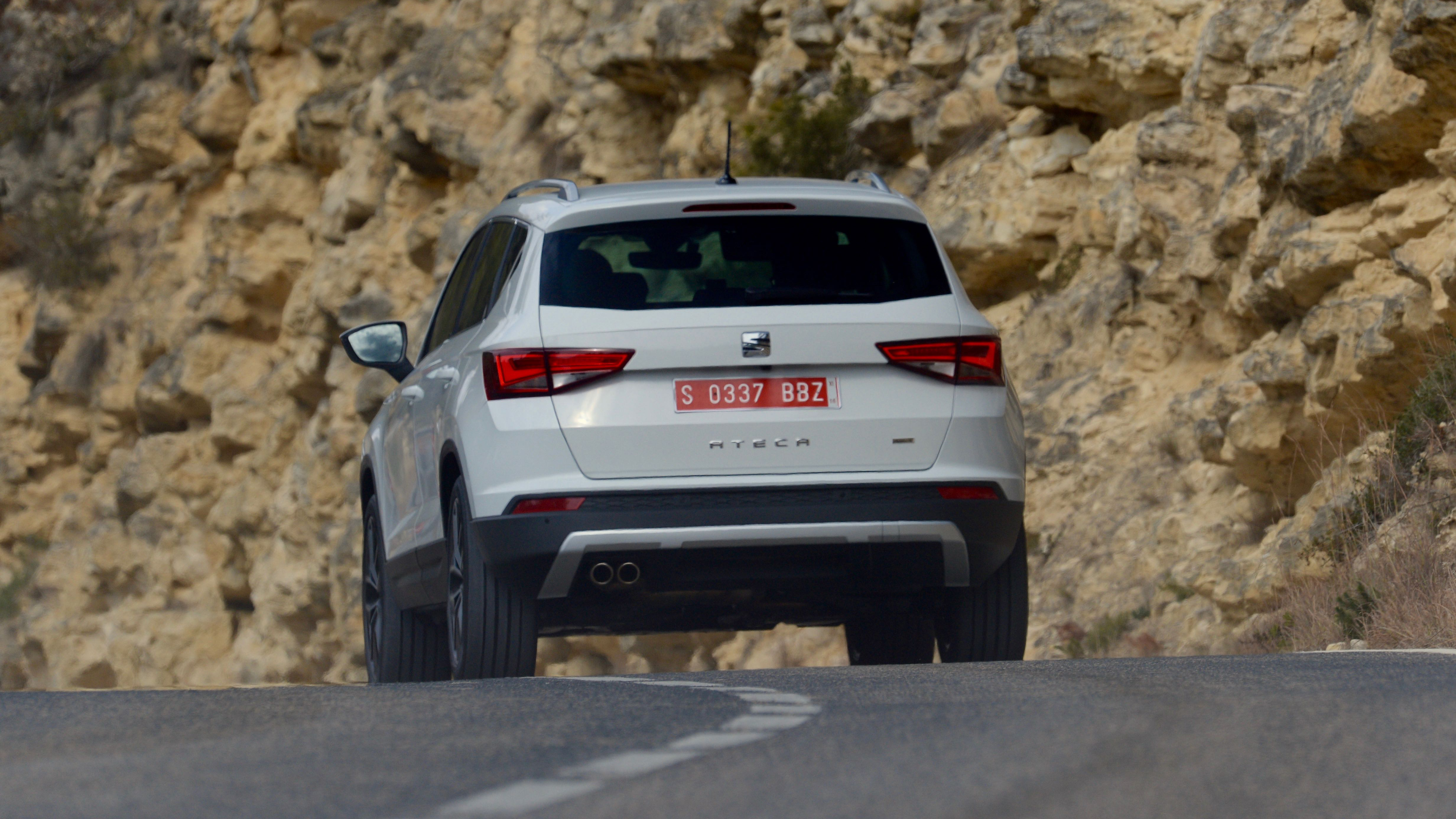 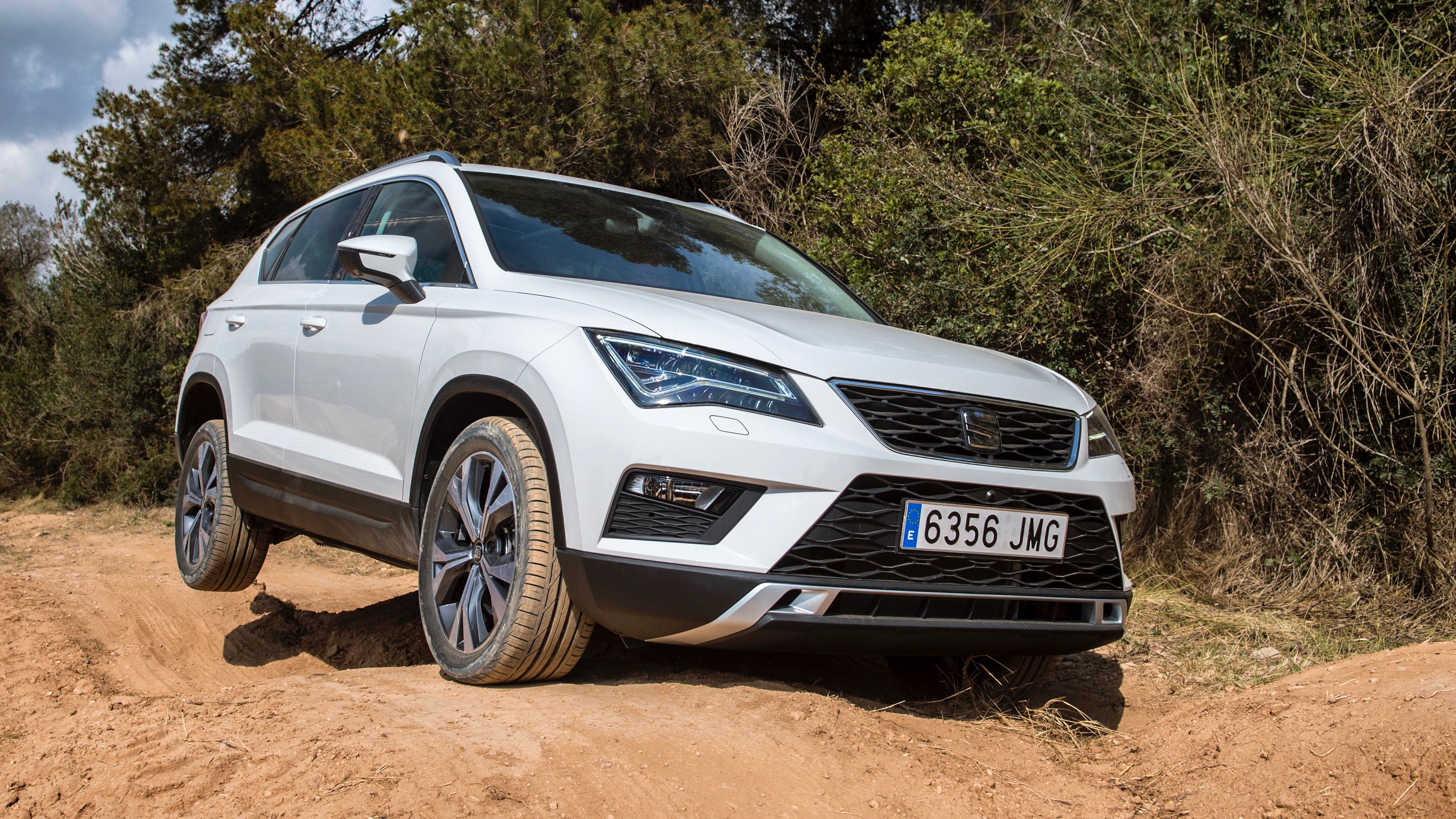 You want me to insert the standard "crossovers are everywhere" comment here?

If you like. Here comes another brand with no SUV heritage realising it's going to be marooned without a crossover. Even so, this is intriguing.

First because it's pretty good. And also because it's the first time we've had a drive of a crossover on the VW Group's MQB platform. Legions more will follow, including several from VW (starting with the Tiguan, which is bigger than the Ateca) and the Audi Q2 plus later Q3, and a Skoda or two.

By curious coincidence on the day we drove the car, Seat announced it had made a profit for the first time in years. But only a slim one. If Seat is to survive it needs more than just hatchbacks and people-carriers.

Spare me the industry machinations and tell me about the car.

Right-oh. Elevator pitch: it's a sharp-looking and well-finished crossover with reasonable dynamics, lots of room and useful tech.

From where I stand it looks a bit boxy though.

Sure it doesn't have the visual flounce of a Kuga or Qashqai. But proportions are good and in daylight there's a sharpness to Seat's feature creases that carries it into individual territory without getting clamorous about things. Detailing is well-executed too, including full-LED lighting on some versions.

Is this spaciousness a result of catastrophic bloat?

No. The wheelbase is the same as a five-door Leon's and the overall length is under 4.4m. So it's not unfeasibly large to be calling itself an 'urban SUV'. You sit high and the package is excellent for family use, even with teenagers. The boot is deep and has a false floor, and the back seat is nicely shaped for three, with lots of foot and head room.

Weight starts at just 1280kg, very respectable for such a solid-feeling crossover. Trouble is, that figure applies just to the anaemic 1.0-litre 115bhp three-cylinder turbo version, which is front-drive only. The top-end 190bhp 4x4 diesel with DSG is 1610kg.

Any good to drive?

You have to insert the usual caveats about crossovers. If you want a family hatch and you want driver appeal, best get an actual family hatch - Seat's own Leon is a perfectly good example. But if you want a crossover, this one is well-judged.

The 4WD versions (in the UK that'll be a 150bhp diesel manual and 190bhp diesel DSG) get multi-link rear suspension. It makes for a decent handling-ride compromise. It's decently damped if you don't throw it around mercilessly. Roll is evident but progressive and the steering has well-judged weight and response, so you can pour it tidily into corners. Then apply early power and the rear wheels find traction so it clings on gamely.

The two-wheel-driver is more understeer-prone, and the ride is a bit more clonky on the simpler rear axle. But there is a compensation: performance. Adding the complex rear suspension, the propshafts and diffs means an extra 100kg or so. Shed that and the FWD one with 150bhp – the UK's likely best seller – ends up feeling almost as lively as the 4WD 190bhp job.

So performance is OK?

The 190bhp diesel has a dextrous new 7-speed DSG. It's smooth and quiet and has a wide torque band. In other VW Group installations the 150bhp version of the same engine is quieter, but not here: it's distinctly more vibratory than the 190.

I also had a go in a 150bhp 1.4-litre petrol, the one with VW Group's cylinder deactivation. It's a smooth and torquey unit, but not keen in big revs. Also it's hobbled by needlessly long gear ratios – you're always having to yank it down to third or even second. But to be fair the one I tried had 4WD, which won't be available with petrol in Britain. Without that weight handicap it'd doubtless be lively enough. 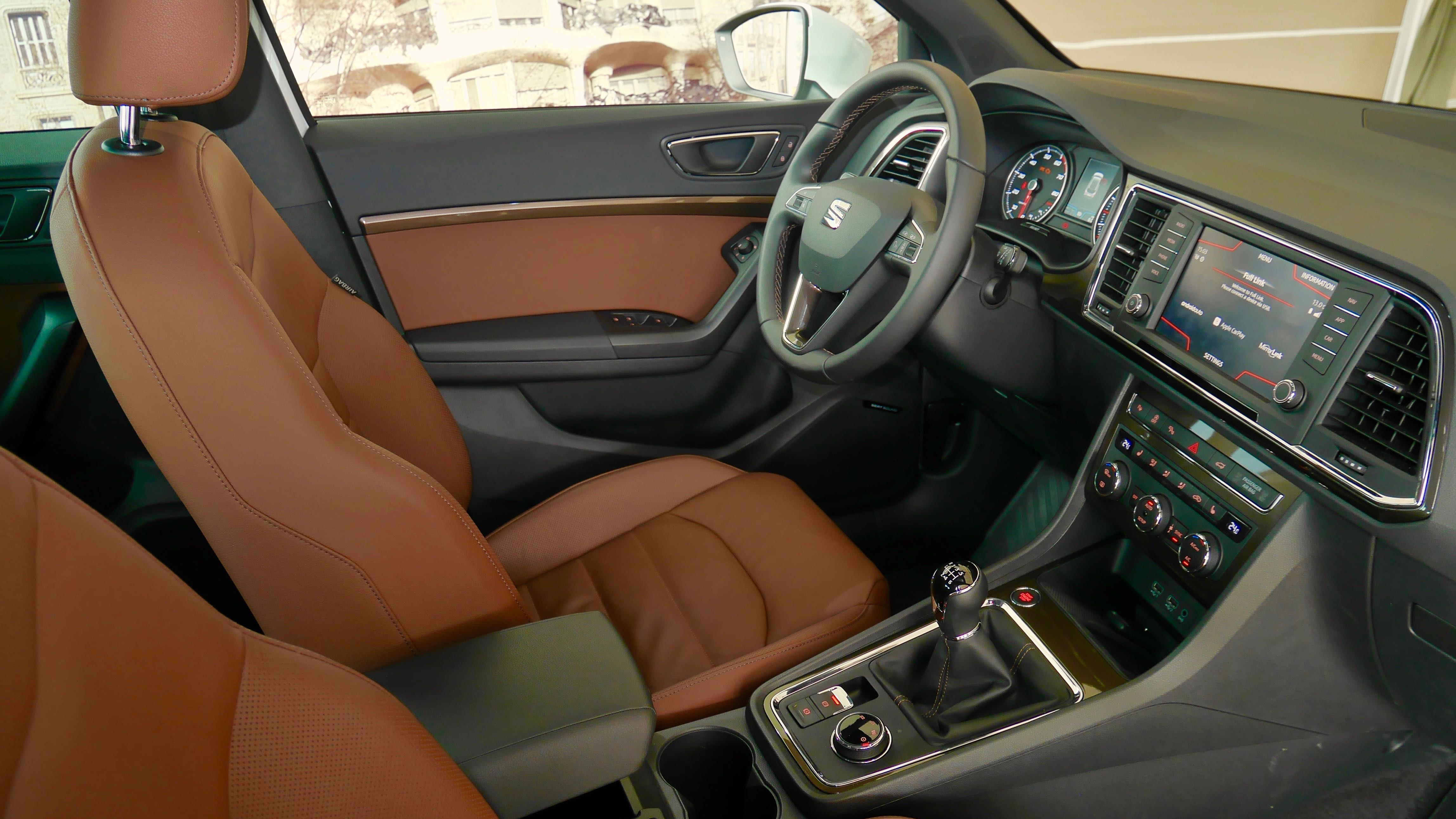 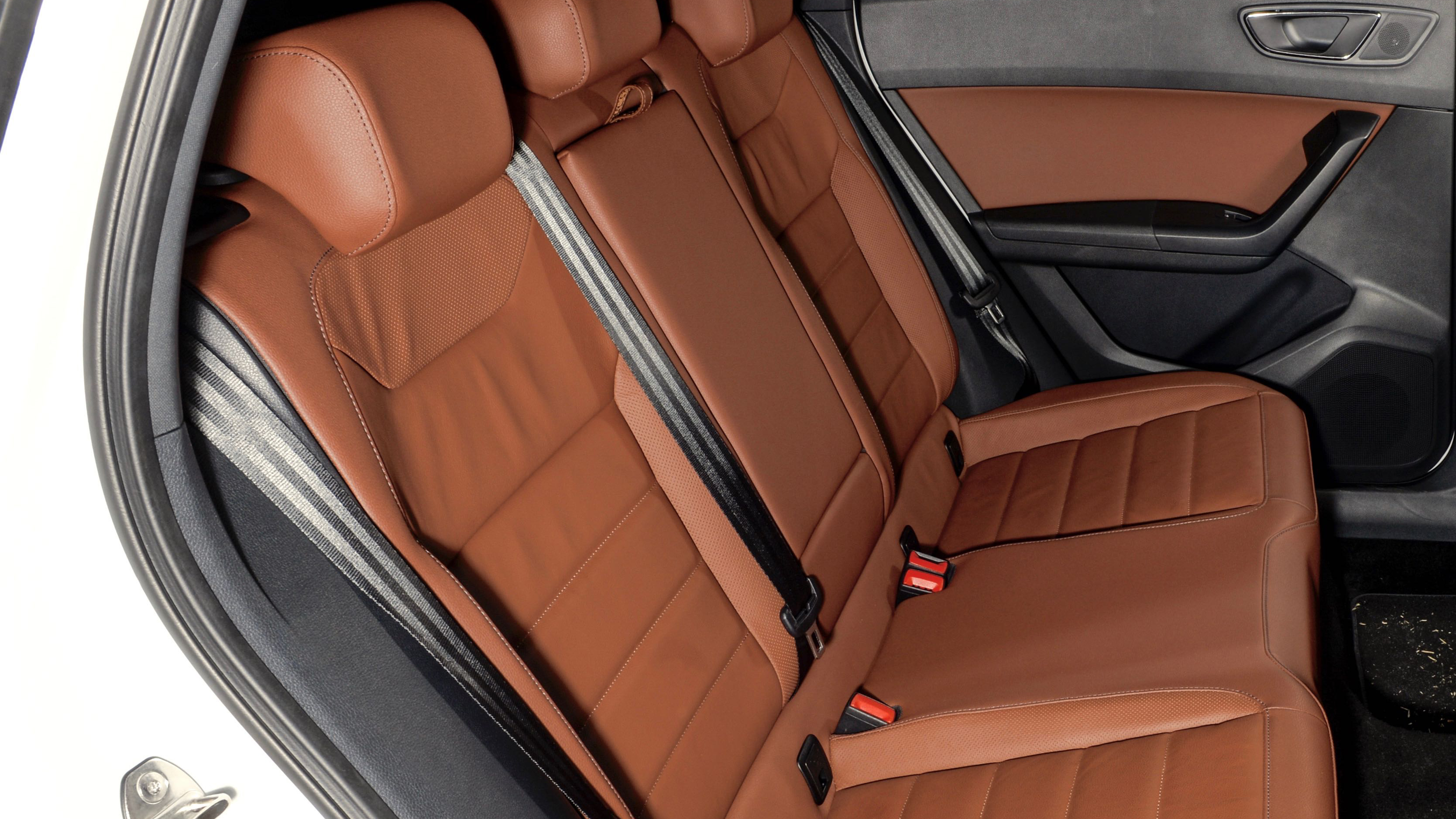 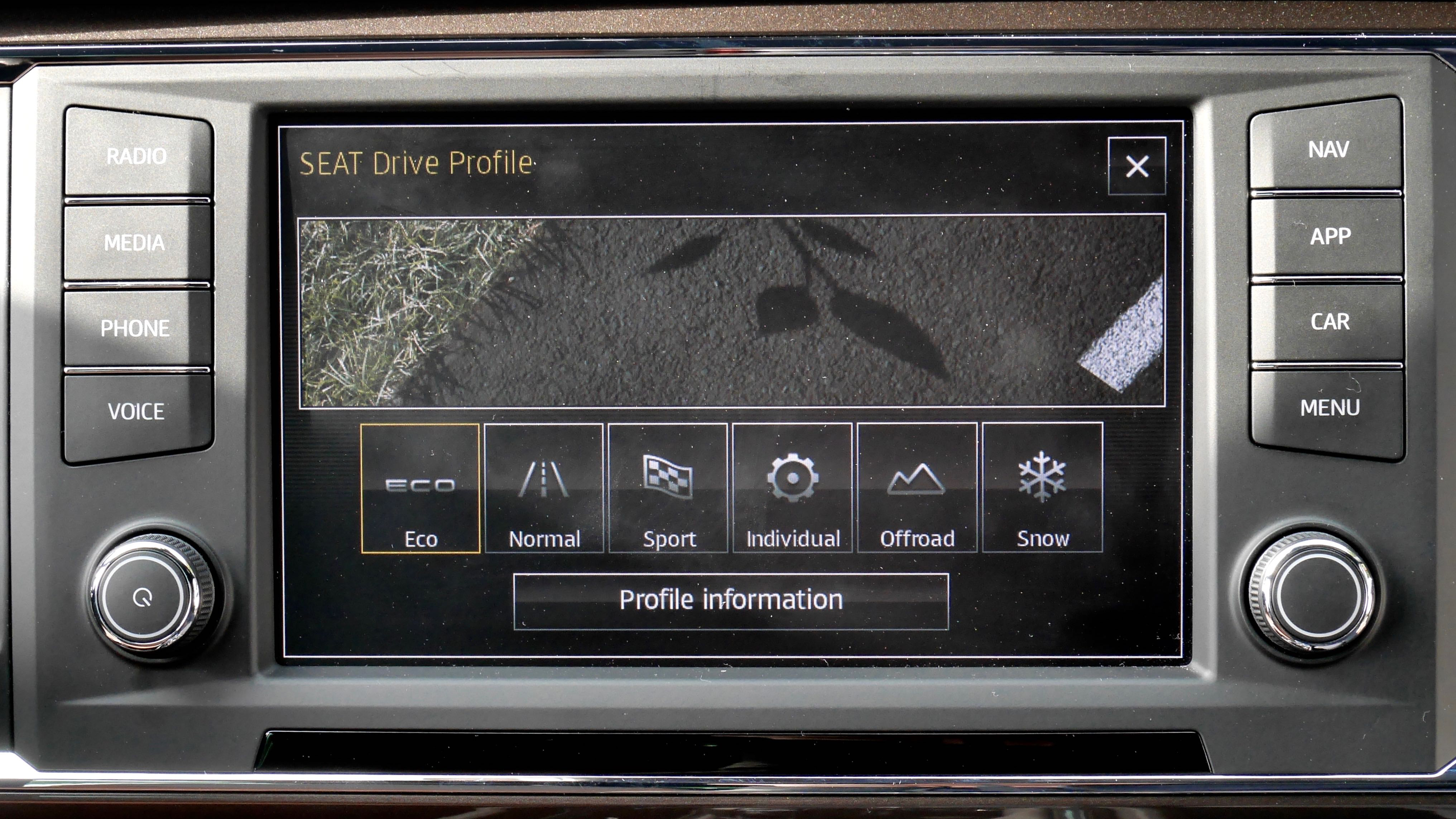 Is it silly to ask about off-roading?

It'll cope with moderate severity. Underbody clearance is good and there's nothing hanging under the nose or tail to snag the ground too early. The 4x4 version has some special settings for the electronics to allow extra wheelspin so the ESP doesn't restrain it too much. That said, the standard tyres are very road-biased. If it's muddy you'll need a deeper tread pattern. If you just want to go over bumpy but dry terrain the FWD version will do fine.

However fashionable crossovers are, driver assistance and connectivity is all the more so. Any of that here?

Catalogues of the stuff. Though of course much if it lives across the options list.

Leading the driver-support ledger is 'traffic jam assist'. This uses radar and visual sensors to take over acceleration, braking and steering to keep you in line in stop-go traffic. Motorway lane assist, blind-spot warning and rear cross-traffic alert (for when you're reversing out of a parking space) are pretty much industry-standard these days.

There's also a comprehensive surround-camera system which has some unusual and useful viewpoints and angles.

Base models get a smallish colour touch screen, but trade up and you get a high-res 8in job. Then you've access to CarPlay, Android Auto and some clever Seat apps. An inductive phone charging mat with signal booster is an on-trend addition.

If Seat's job is to make VW and Audi feel expensive, does this one seem cheap?

Not really. The cabin quality has taken an upward leap. Not quite to VW levels, but better than Seat's (or most rivals') norm. There are some fresh upholstery options too, like sports-gear technical fabrics and colours. Oh and the seats are snugly comfortable - softer than the norm on Seat's German and Czech siblings.

Running refinement isn't so great though. Apart from the grumbly 150bhp diesel, there's a grind of road noise in all versions and a bit of wind rustle at speed. That said, these were early validation prototypes, not final line-built examples. I'd expect matters to improve.

We don't have full prices, but it starts at under £18,000, which is less than the equivalent-engined Nissan Qashqai. More details of UK equipment and prices as it approaches the September UK on-sale date.