£44,345 when new
Read why you can trust our independent reviews 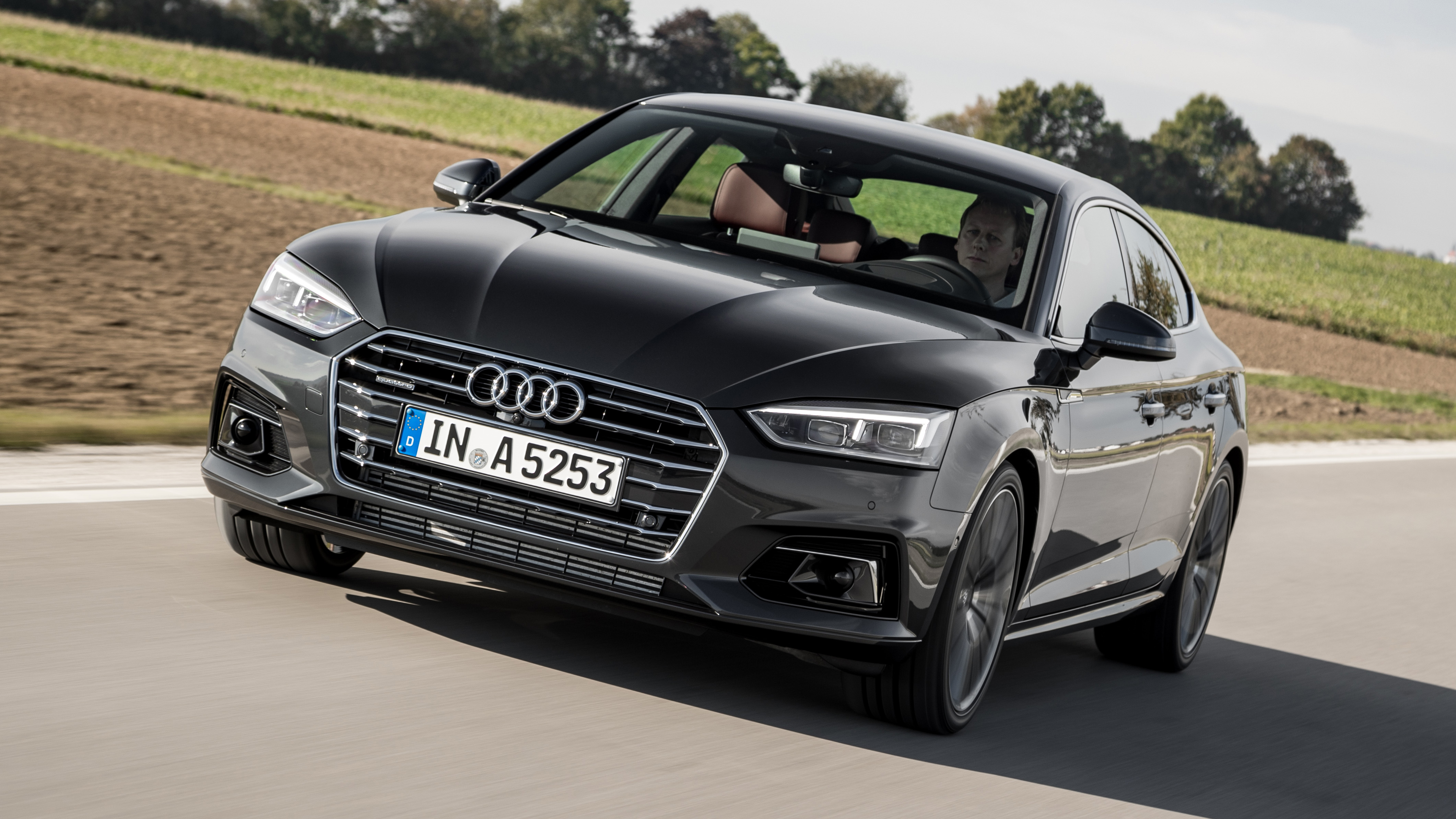 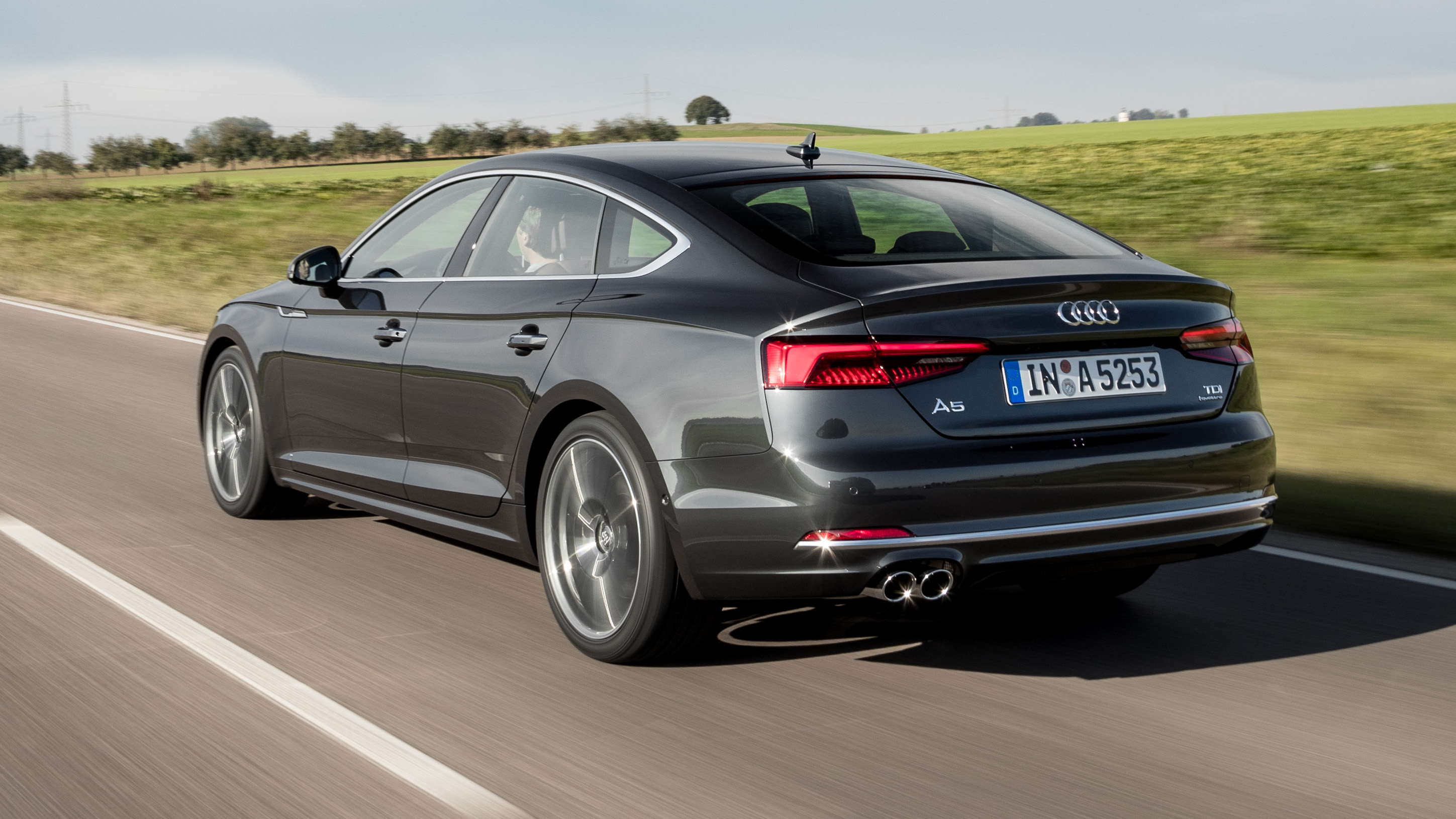 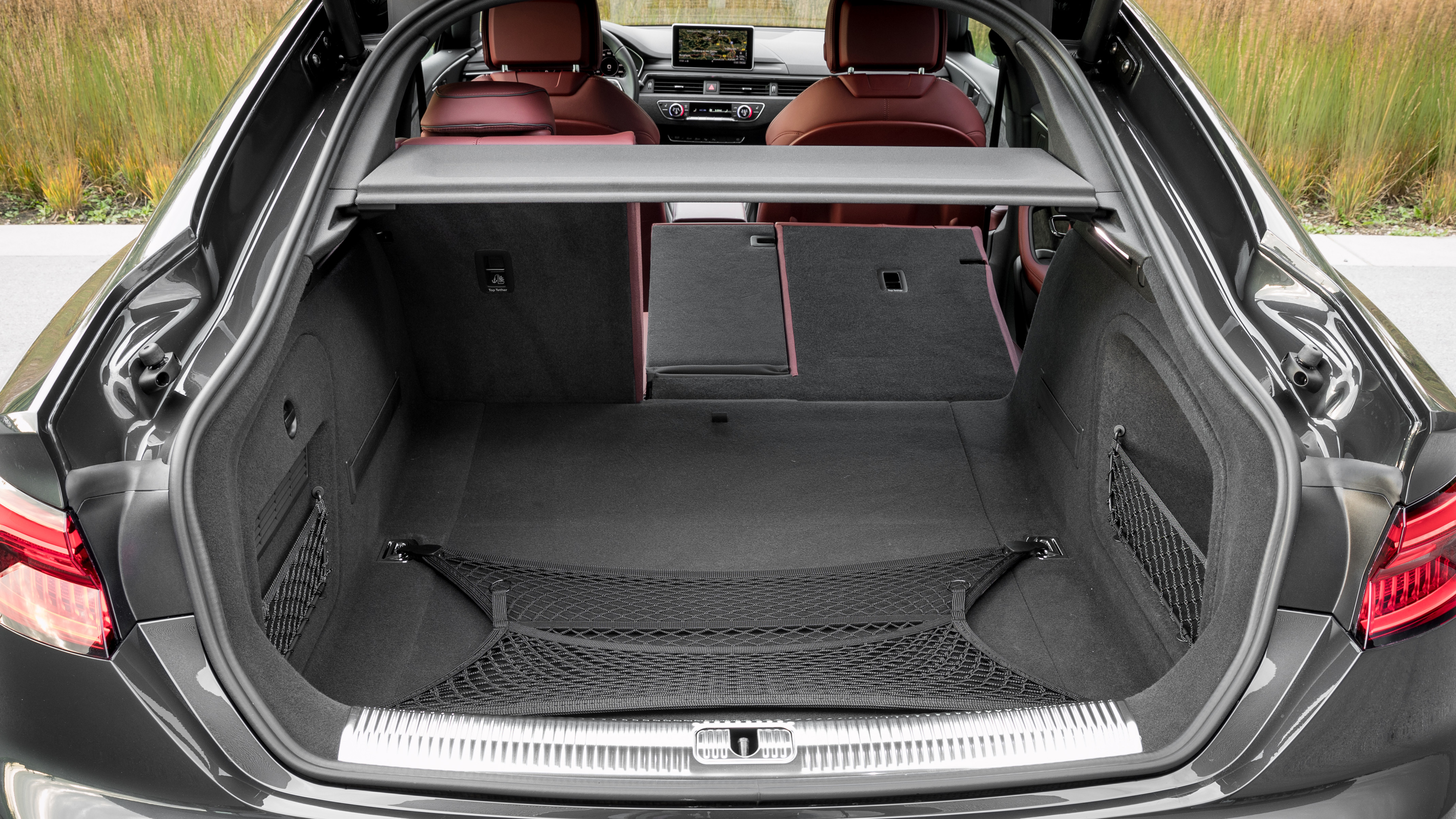 Because it shares an interior, engines and its entire technology suite with all the other cars based on the MLB Evo platform, which is basically every big-ish Audi released in the last two years except the R8 (which sits on its own, bespoke platform Audi shares with Lamborghini). This means you get one of the very best interiors around at the moment, quality infotainment (the Virtual Cockpit is a must-spec’) and safety tech’, punchy, frugal engines, and a competent yet uninvolving drive.

And the same is true of the Sportback?

It is. The story here is the rear bench, seeing as we’ve already driven the 100mm shorter, two-door A5 with which this car shares, erm, everything. And it’s good news – Audi claims there’s an inch more knee-room in the new Sportback than you got in the old one, and a bit more shoulder room too. Doesn’t sound like much, but this new Sportback has ample legroom. Enough for one six-footer to sit behind another with no issues whatsoever. The limiting factor is headroom, which remains tight (though not prohibitively so).

And the boot’s pretty big too, pitching the Sportback somewhere between the normal A4 Saloon and A4 Avant on the practicality scale. Capacity is 480-litres with the seats up, or 1,300 with them folded.

Talk to me about engines…

Righto. Most Sportbacks sold in the UK will come with the 187bhp 2.0-litre TDI, the one engine Audi didn’t lay-on for us to drive. We know it well enough from the A4, Volkswagen Passat, Seat Ateca, Skoda Superb et al., and we can’t see it being any less of a good fit in the Sportback than it is in any of those other cars. Also available is a 3.0-litre V6 TDI with 281bhp, or a 2.0 TFSI with 249bhp.

The 2.0-litre TDI is the only one of the bunch available with a manual gearbox. The petrol (and 2.0-litre TDI, optionally) gets a seven-speed twin-clutch auto, while the big diesel and 3.0-litre V6 S5 get an eight-speed torque-converter auto, which can better cope with the prodigious levels of torque they offer up.

The 3.0-litre TDI is, predictably, a lovely, lovely thing, with heaps of torque and pace enough to make the S5 Sportback mostly pointless, at least in the UK (0-62mph in the low-mid sixes, 155mph). The 2.0-litre TFSI is quick too (0-62mph in 6.0secs, 155mph), but it doesn’t half make itself heard when you lay into it a bit. The trade-off is that it’s much lighter over the nose, making it feel lighter and by some margin more agile than the diesel, and it has the twin-clutch ‘box, which is quite simply better.

Would you buy one?

Over an A4 Saloon? We might be swayed, purely for the style. The Sportback doesn't offer a massively more dynamic package than the regular A4, mind. Just get the Avant and be done with it.