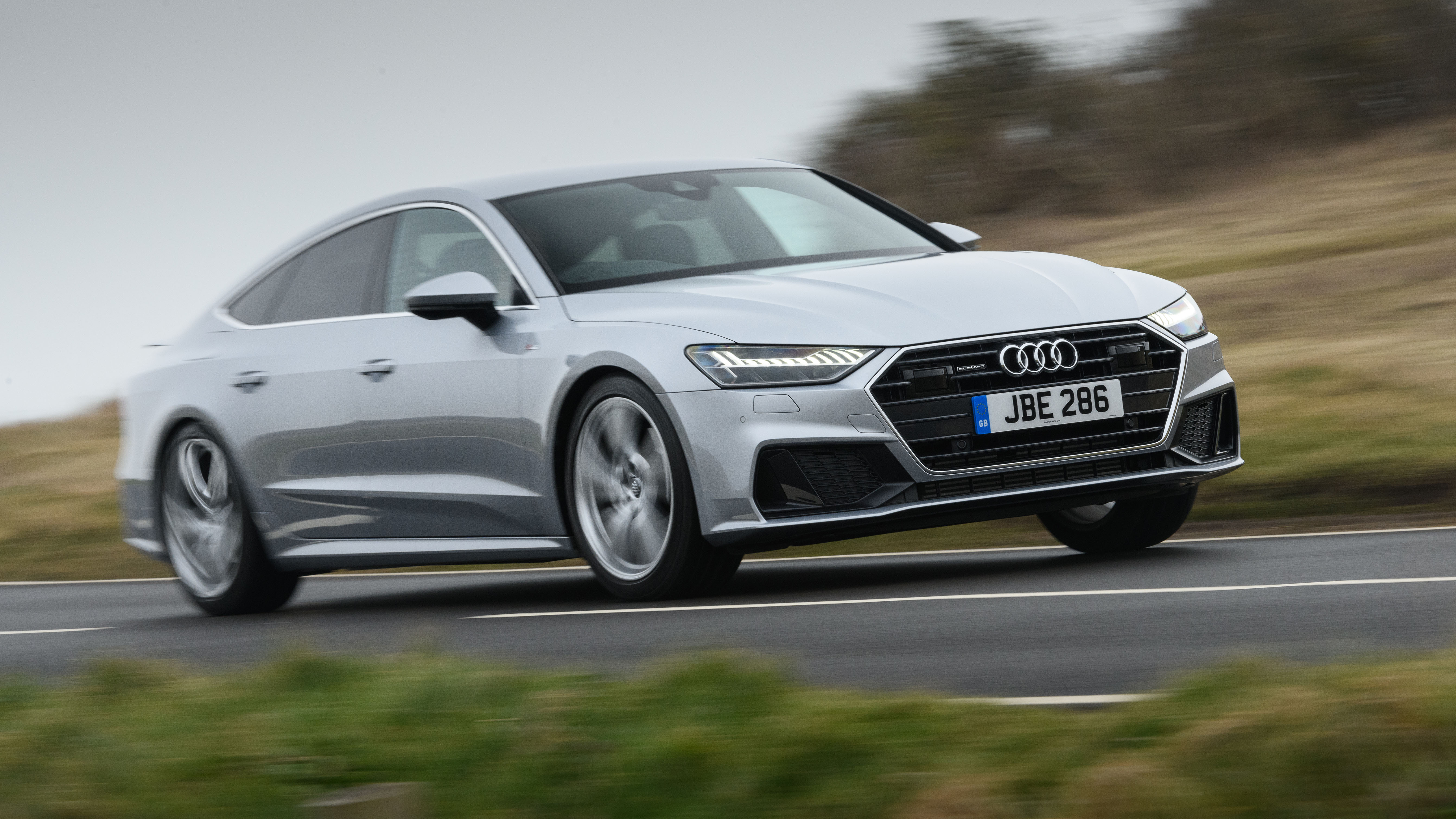 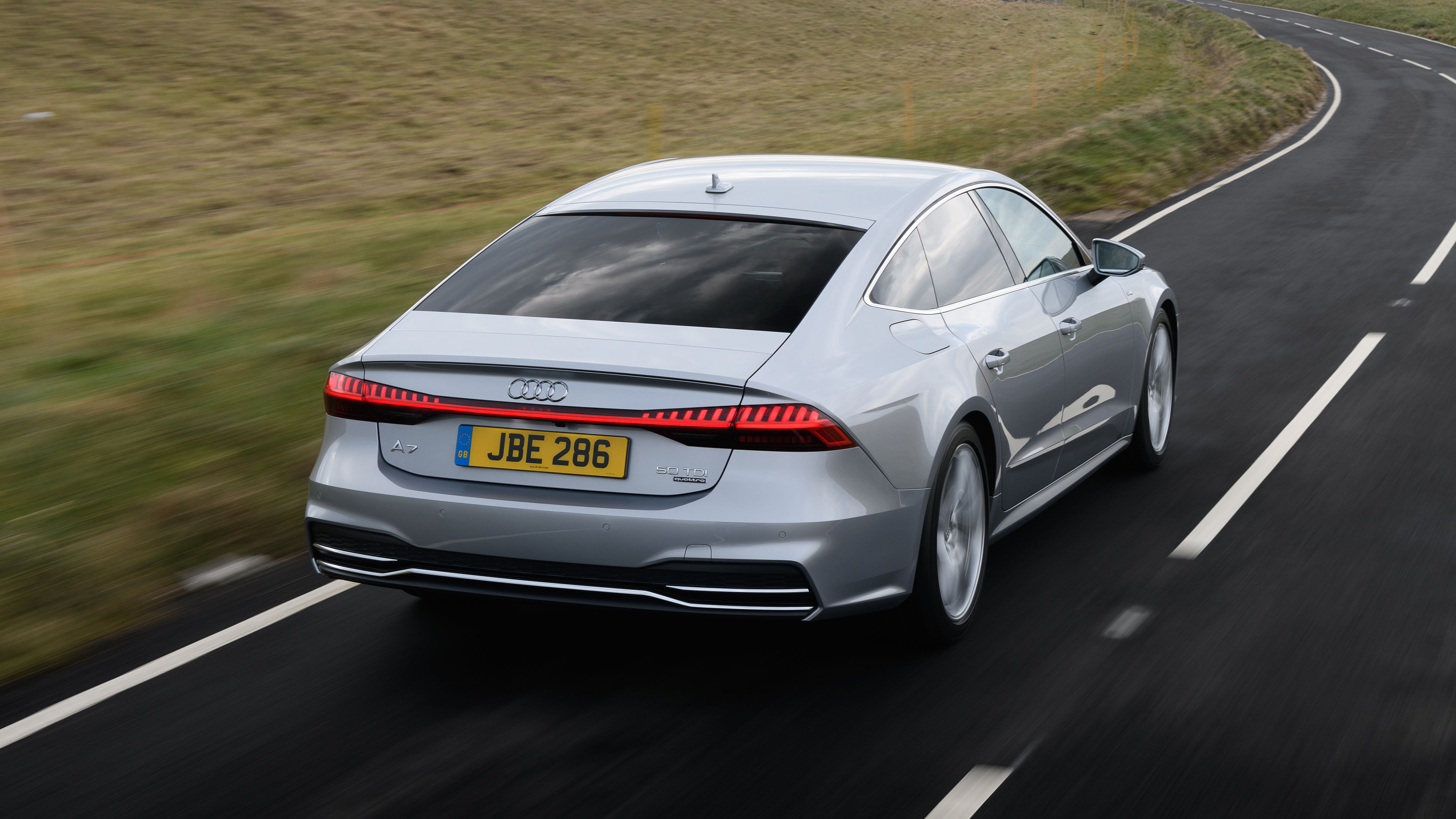 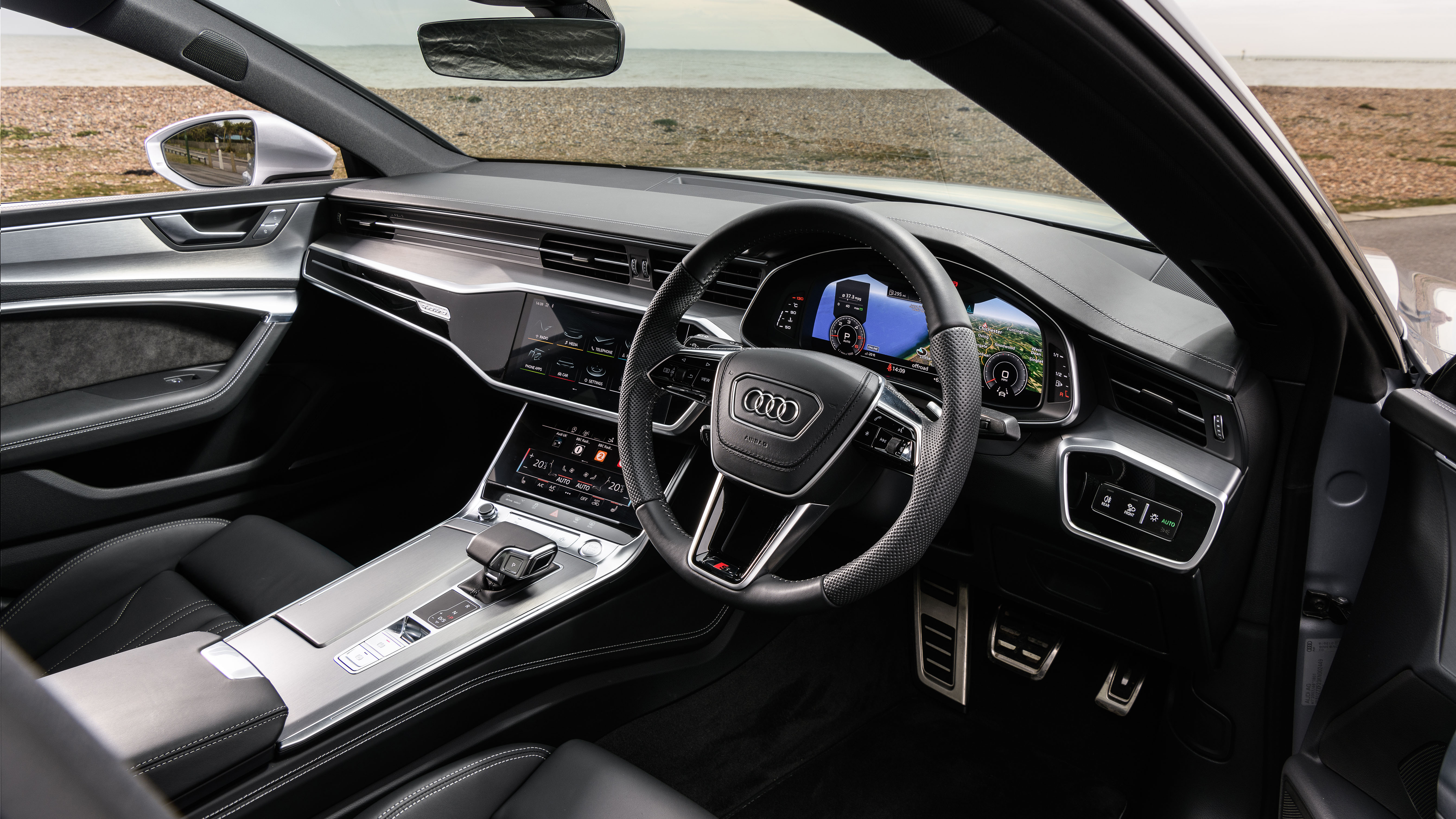 Our first exposure to the new A7 came in the form of strictly V6 engines, and only the top-of-the-range air suspension, and with a few choice options. But now that we’ve had a go in the UK and sampled cars without air suspension, we can give you an even better idea of what to opt in, and avoid…

Time was a diesel was the default choice for a big barge, but think twice here. The 3.0 TDI unit is, in isolation, a sorted engine with a broad power band. But when you’re exposed to the 3.0 TFSI petrol (or indeed the new Mercedes inline six), you’re instantly aware the diesel has a rougher start-up and increased vibrations. Worst of all, the eight-speed automatic gearbox it’s been paired with is off the pace compared to the far slicker, swifter seven-speed dual-clutch mated to the petrol A7. Often, dual-clutchers struggle in town and conventional autos panic in a “full warp please, Mr. Zulu” situation, Not here. You find yourself tiptoeing around the automatic’s tardy responses, so the less torquey petrol ends up making smoother, more effortless progress.

You have to wait a bit for the petrol – the first cars in Britain will be diesel – but it might just be worth it. If anything, it might be too quiet for its own good. This is an uncannily silent, whispering mime artist of an engine. Utterly extraordinary – that’s the A8’s influence, and Audi’s investment in a new, soundproofed bulkhead and adaptive engine mounts paying its due. Thing is, the 48-volt electrical ancillaries layer this murmuring with a prevailing whine, like a supercharger. Your passengers may ask if it’s an electric car, because of that distant, high-pitched ‘wheeee’ emanating from the bowels of the engine bay.

Now, options. Do have the rear-wheel steering. You want to wield that manoeuvrability in town – RWS shrinks the turning circle by a metre. You’ll never notice the extra stability on the motorway but, (like a smoke alarm or the SAS) it’s nice to know it’s working away discreetly in the background. Dynamic steering, on the other hand, which makes up its own mind about how much steering lock is required depending on your current speed, doesn’t gel with the system and makes the A7 come across haphazard and unreassuring through corners.

Being based on an A8, with no actual hardware changes to suspension and steering, the lower A7 wasn’t intended to have the handling smarts of a Panamera or, say, a Jaguar XJ. The steering’s twirly-light in all three of its modes, and could use more resistance just to trickle some confidence into your hands when you’re aiming such a large barge. It’s glassy and remote, and makes the car feel aloof. Underneath that there are huge grip reserves, and the ‘ultra’ quattro brain never betrays it’s only front-drive most of the time. And then there’s the ride.

Through the Comfort, Balanced and Dynamic settings of the Drive Select menu, the optional air suspension reins in the A7’s mass professionally and handles compressions smartly, thanks very much. But the trap isn’t the suspension – it’s the wheels. Base ‘Sport’ A7s get 19s as standard, and top-spec ‘S-Line’ cars get 20s. You can option 21s and oof, it does looks handsome on those. But you simply cannot have them, because they obliterate the ride. Resonant thuds crash through the structure as the ferris wheels rumble over road acne.

There’s simply not enough wheel travel to get any absorption done, and the tyres are practically painted on, so forget it. Happily, an S-line model wearing the 20-inch rims and on air suspension oozes along with acceptable compliance and manners, gearbox behaving, engine whispering, and wheeeeeee-ing under max attack load.

As for the air suspension – it’s £2k. Have it. The A7 is a firm car whichever option you choose, but it’s at its best on air. As standard the best-selling S-Line gets the same, conventional springs as the Sport, but stiffened and lowered by 10mm. So equipped it’s just a bit too jiggly to be truly comfortable. 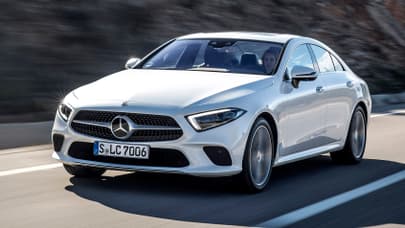 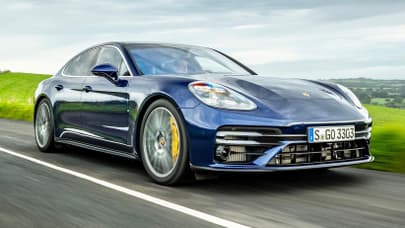 Porsche's updated sports limo has more ability and bandwidth than ever before. The best it's ever been