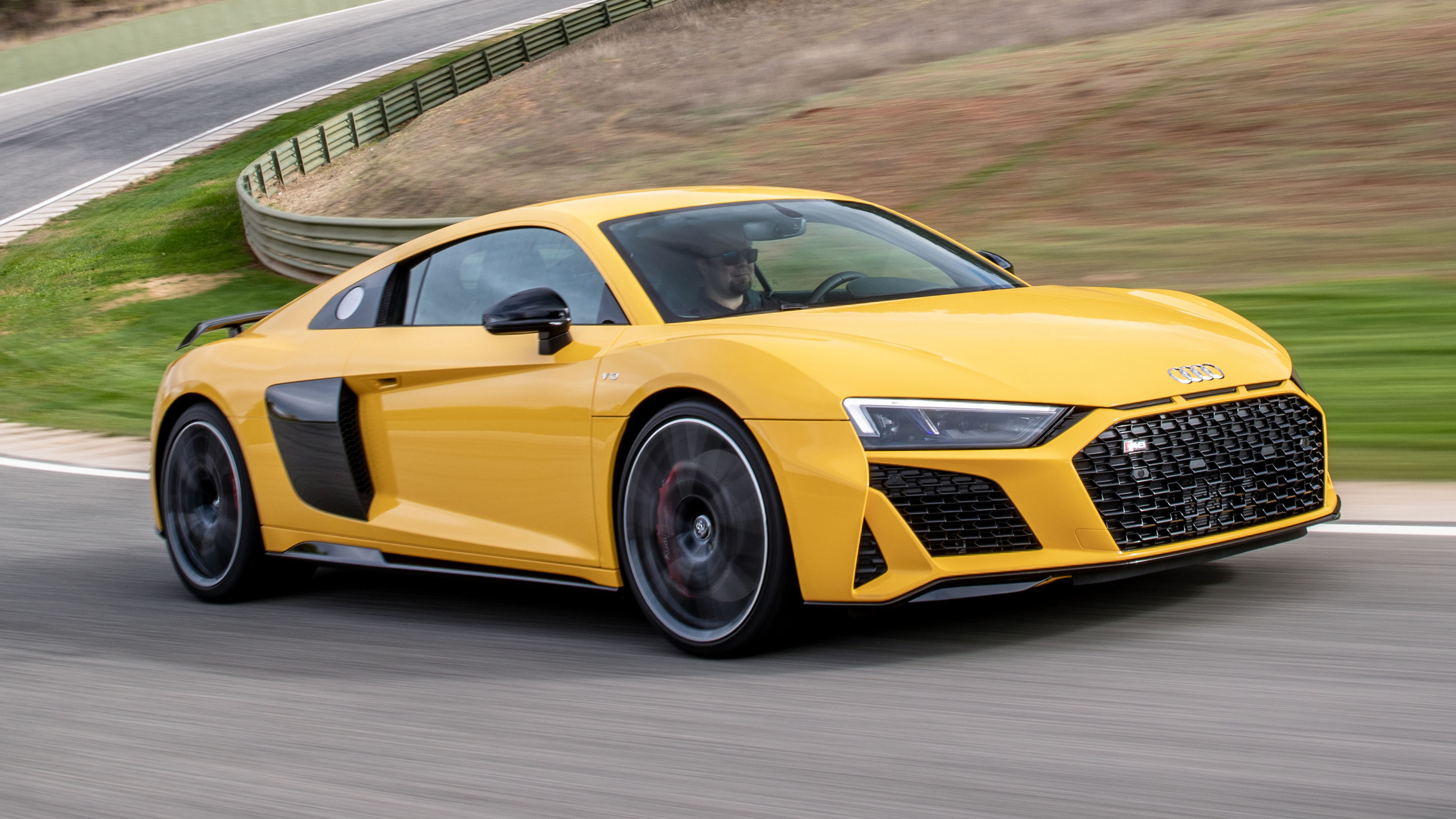 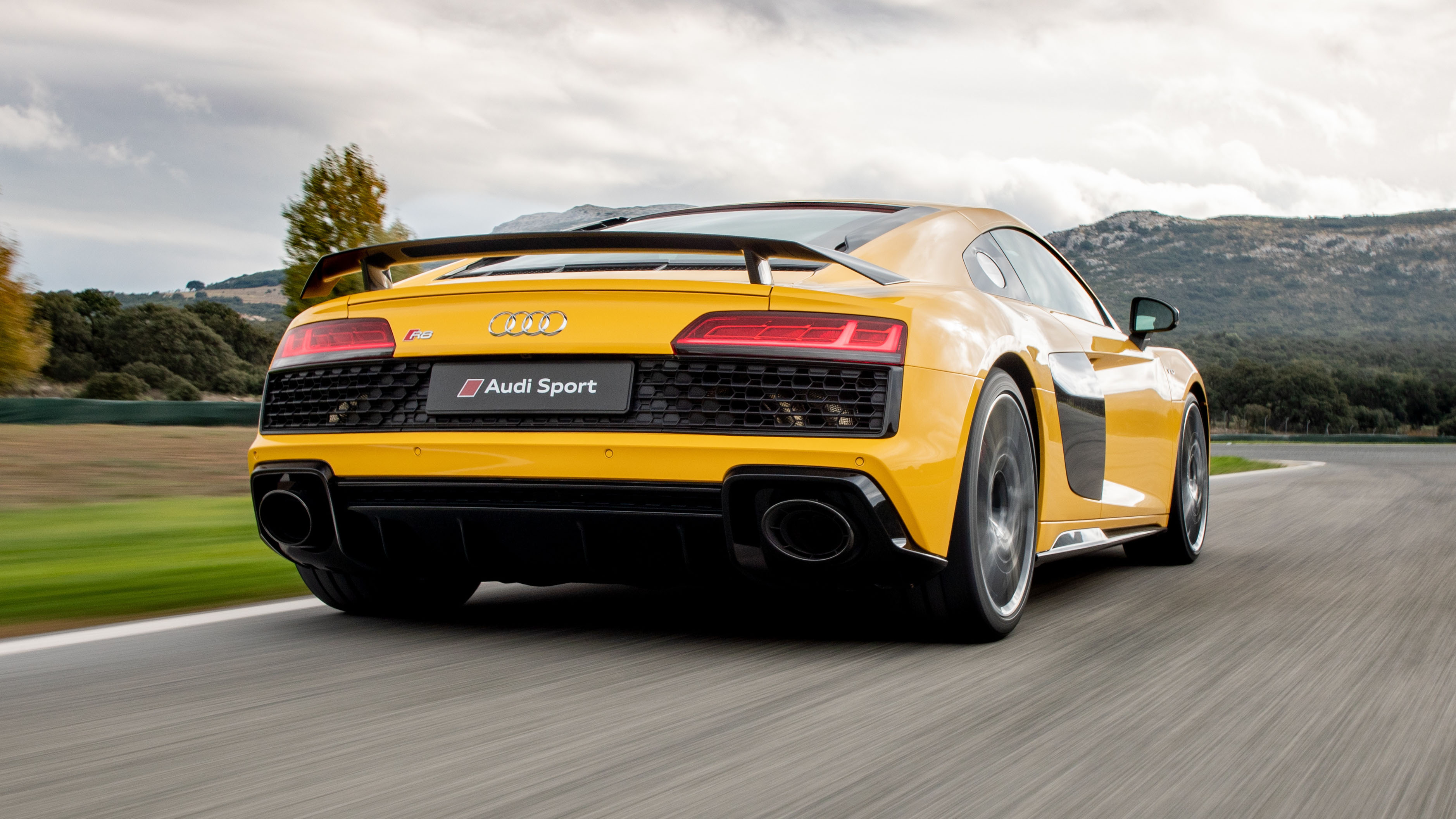 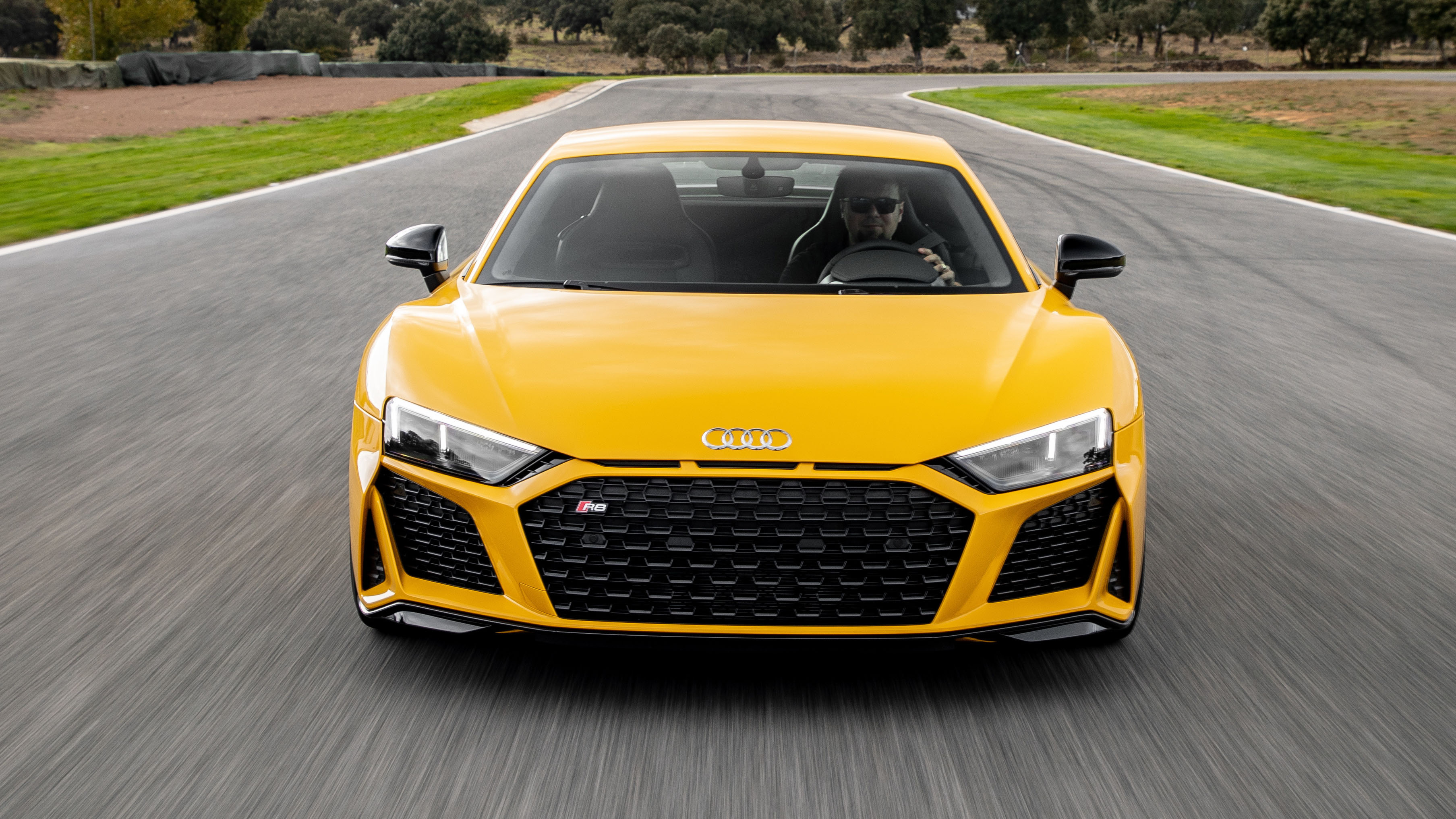 1 / 15
Advertisement
“Its engine and huge breadth of ability make it feel increasingly special. A supercar that fully deserves its spot at the top table. ”

The engine, the gearbox, the quality, the cabin design, the noise, the refinement. We could go on

Not as sharp to drive as some

The most everyday of the everyday supercars. Because it’s an Audi, because the cabin will contain 95th percentile people, because it’s ergonomically sound, because it’s reliable and well built and comes from a company that builds approximately 1.8 million other reliable, well built cars every year.

But also: screaming 8,700rpm V10. Unusual juxtaposition. Audi, righteous doyenne of the Waitrose class, being one of the last bastions of natural aspiration. When all others are downsizing and turbocharging (to the detriment of noise and response) the R8 persists with a free-breathing 5.2-litre V10. It won’t always be like this. We know a V6 hybrid is coming – in fact we’re almost surprised it’s not here yet – but for the time being the range begins and ends with V10.

Now with more power. As you can tell by the subtly edgier nose, the R8 has been facelifted. This is its mid-life revamp, a gentle boost to help it stay competitive and survive another four years or so on sale. Still a two model range, but with the Plus now renamed Performance. That’s received a boost from 604 to 614bhp, while the entry level model is up from 533 to 562bhp. A figure that puts it toe-to-toe with McLaren’s 570S. The rear drive-only RWS? That’s gone now.

Outwardly you’re looking at new, sharper bumpers at both ends, larger exhaust pipes and those three slots across the nose that hark back to the 1984 Sport Quattro Group B rally car. They’re also on the new A1. Elsewhere the plan has been to fractionally sharpen the driving experience by stiffening the suspension, fitting a new carbon anti-roll bar at the front (40 per cent lighter than the old steel one) and recalibrating the steering – especially the optional variable ratio Dynamic Steering. 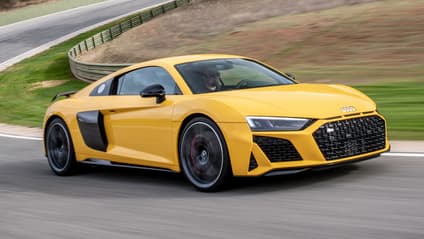 “The most everyday of the everyday supercars. With a screaming, naturally-aspirated V10. Good.”

Audi’s persistence in sticking with a large capacity, naturally aspirated V10 is increasingly giving it a real point of differentiation when almost all its rivals are motivated by twin turbo V8s (or a flat six, obvs). The engine has only been very lightly tweaked for the facelift, the extra handful of horsepower barely noticeable, but this is still a stand-out, hands-down stunning engine.

And it’s the centrepiece of what remains a very complete supercar. The visual changes have given the front end a sharpness that’s been copied by the mechanical alterations underneath. It’s still not as direct and precise as a McLaren Sports Series or Porsche GT3, but there’s added bite on turn-in and notably improved steering feel (we’ll now not blank you if you insist on having the variable ratio Dynamic Steering, either).

It’s easy to overlook the R8 amongst newer, fresher, more dynamic rivals with more exotic badges, but rather than feeling outdated, its engine and huge breadth of ability make it feel increasingly special. A supercar that fully deserves its spot at the top table. 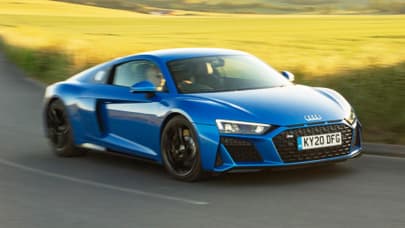 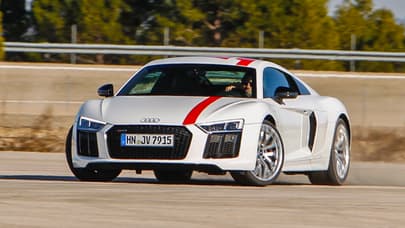 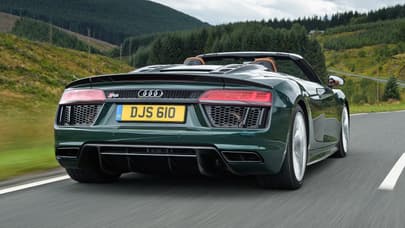