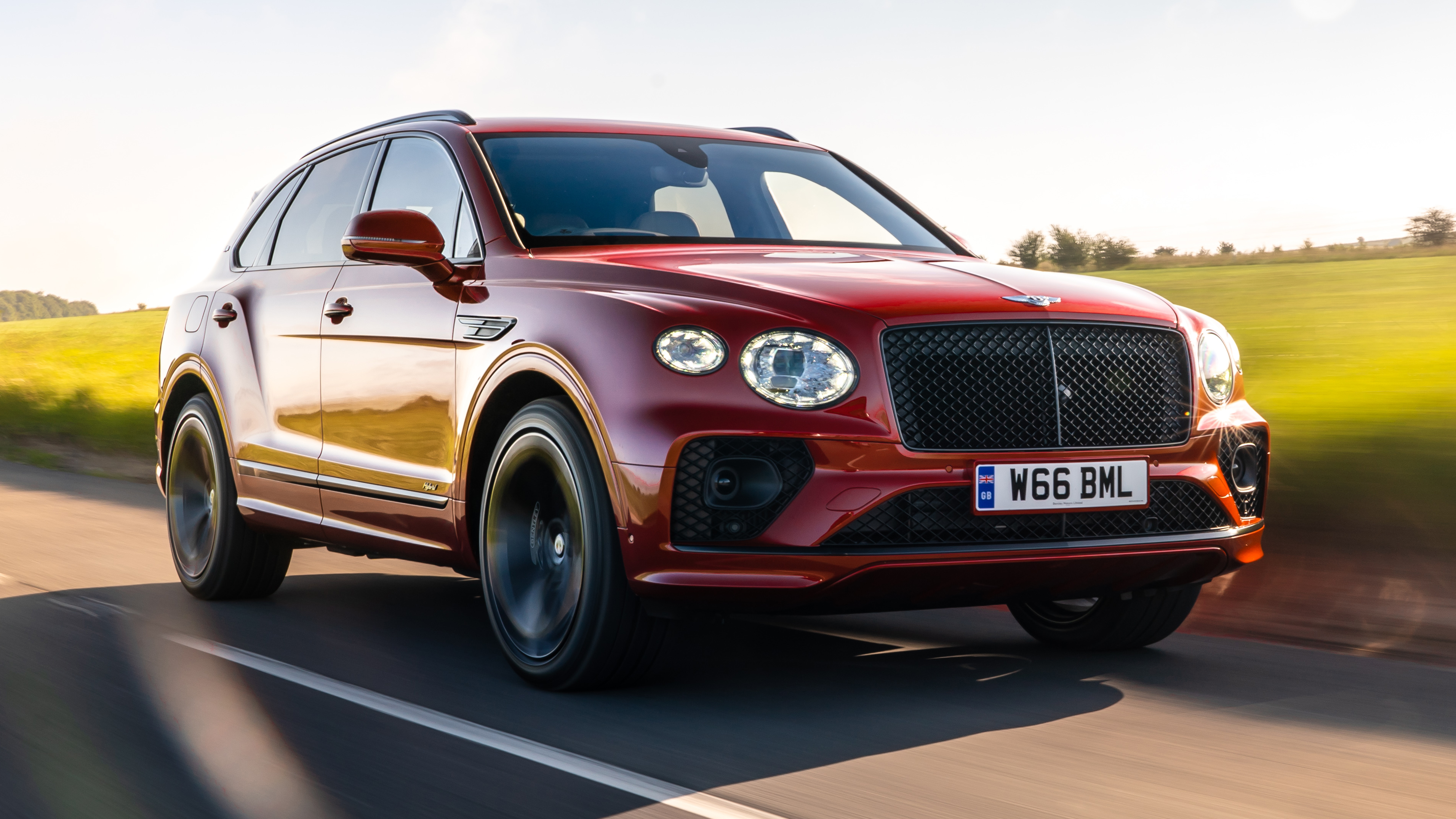 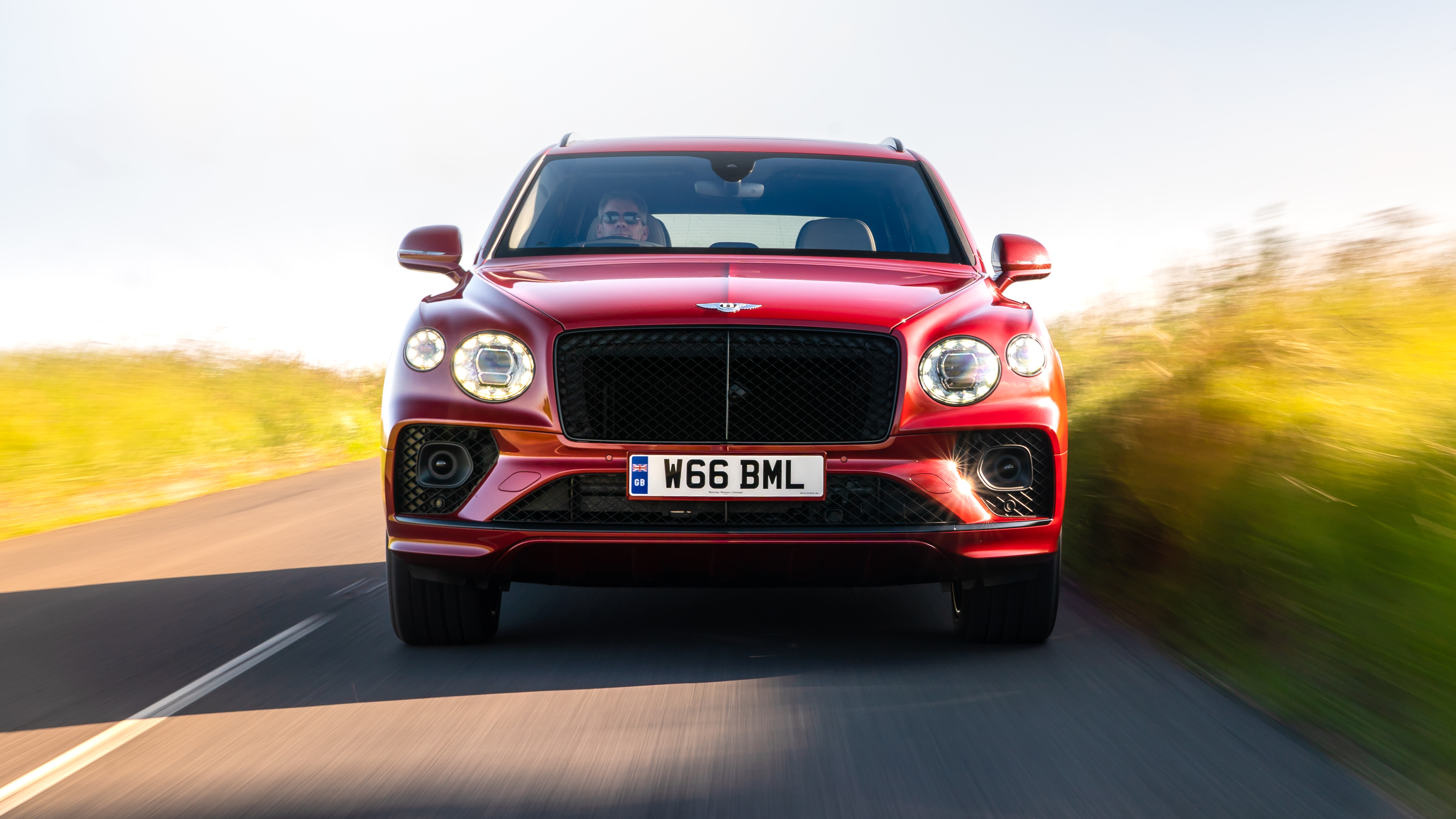 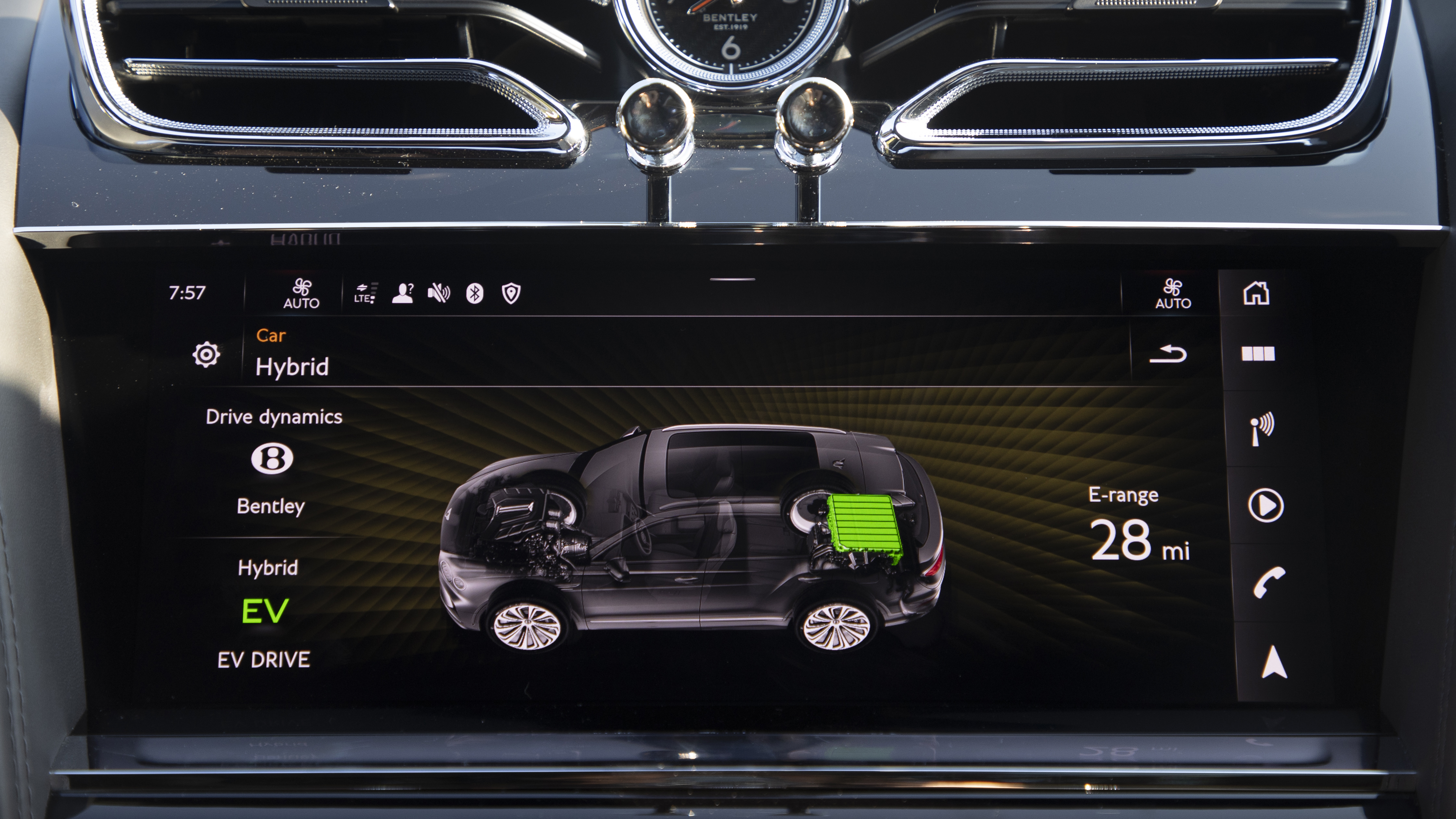 The Bentayga Hybrid is Crewe’s first step towards the total and complete electrification of its entire range. The BIG PLAN, dubbed “Beyond100”, calls for an electrified version of every Bentley model by 2023, for its line-up to consist entirely of hybrids and EVs by 2026, and for the brand to go EV-only by 2030.

Though Bentley’s big SUV has been around since 2015, the plug-in version wasn’t launched until mid-way through 2019. A year later the Bentayga got a big facelift and the Hybrid was taken off sale. But now it’s back, and it’s mechanically mostly the same as before. That means the 3.0-litre single-turbo V6 and eight-speed automatic transmission are split by a 126bhp e-motor, which draws power from a 13kWh (usable, 17kWh net), 210kg battery hidden under the boot floor.

It’s a different setup to the new Flying Spur Hybrid, which uses a more powerful twin-turbo 2.9-litre V6. Still, combined output for the Bentayga Hybrid is a respectable 443bhp and 516lb ft, enough for 0-62mph in 5.5 seconds and a top speed of 158mph. Not bad numbers for a bluff-fronted SUV that weighs over 2.6 tonnes.

Does it have lots of modes?

Yep, all the normal ones. If there’s enough juice in the battery it’ll start in so-called “EV Mode” and use all available charge before calling on the V6. But if you need a bit more go than the e-motor can provide by itself, you can still bring the combustion engine into play by going beyond a clever artificial step in the accelerator pedal. The engine will shut down again after.

Set a destination in the sat-nav and Hybrid mode uses GPS data to juggle electric and combustion power. For example, by using e-power around town and the engine on the motorway, with no input from the driver. The idea is for the battery to run dry just as you reach your destination, without you having to figure out the most efficient way all by yourself. Seems to work, too.

Hold saves charge for later, in case you don’t trust the nav to do it for you. Note there is no charge mode – the Bentayga Hybrid does have regenerative braking, but for a meaningful charge you’ll need to plug it into the wall. A 7kW wallbox is a no-cost option you’ll want to specify, with a full charge taking around two and a half hours.

Besides the aforementioned PHEV modes, there are also modes for the steering, suspension, throttle response, transmission and so-on. Leave everything in ‘Bentley’ for the best compromise.

Of course it’s exceptionally quiet and smooth, as indeed are all combustion-engined Bentaygas. The Hybrid’s interior is a cocoon of calm, a superbly soothing place to while away a few hours with minimal interference from the outside world.

But with only 126bhp and 2.6 tonnes to shift, the Bentayga Hybrid was never going to be quick in EV Mode. It gets off the line ok and ought to be fine in town, but though Bentley claim you can accelerate up to over 80mph before the V6 fires, you’ll have got bored of waiting by the time you hit 40mph. Better to push beyond the step in the accelerator pedal and awaken the combustion engine.

Be gentle with the Bentayga and the only indication the engine has sprung to life is the rev counter. There’s no perceptible noise or sensation UNLESS you really mash the throttle pedal into the bulkhead. Catch this thing unawares by asking for a sudden burst of acceleration in any of the drive modes that aren’t Sport (where the engine is on constantly), and you’re rewarded with a hiccup from the transmission and a pause that’s slightly too long before you’re fired down the road.

More problematic is the V6 itself, which just isn’t very Bentley. It’s nothing like as smooth and silky as the V8 or W12. While it’s effectively silent most of the time, you do feel a little bit of coarseness at high revs.

The Hybrid is not meant to be the schporty Bentayga. So not only does it not have the outright pace of the V8 or Speed, it doesn’t have their composure either. Which is not a problem – the Bentayga Hybrid remains a mightily comfortable, easy-going car that confidently handles the worst Britain’s uniquely terrible roads can throw at it, even if it doesn’t quite have the body control of its stablemates. As a thing to bumble around in, it’s serene, stable and undemanding of its driver. The sheer size doesn’t even present that much of an issue.

How do I tell the Hybrid apart from other Bentaygas?

You can’t, unless you look really closely for the small ‘Hybrid’ badges and the charge port on the rear-left haunch, or have a play with the digital dials and infotainment system. Generally speaking though, the Bentley Bentayga is a very appealing posh SUV. All the better for last year’s heavy facelift, which introduced 1,000 new components. Click on these blue words to read the full review.

The Bentayga Hybrid, which Bentley reckons could “become the best-selling member of the new Bentayga family”, starts at £155,500. That’s exactly the same as the V8, so it’s a straight choice between the conventional eight-cylinder or the electrified six. So, which one you having?