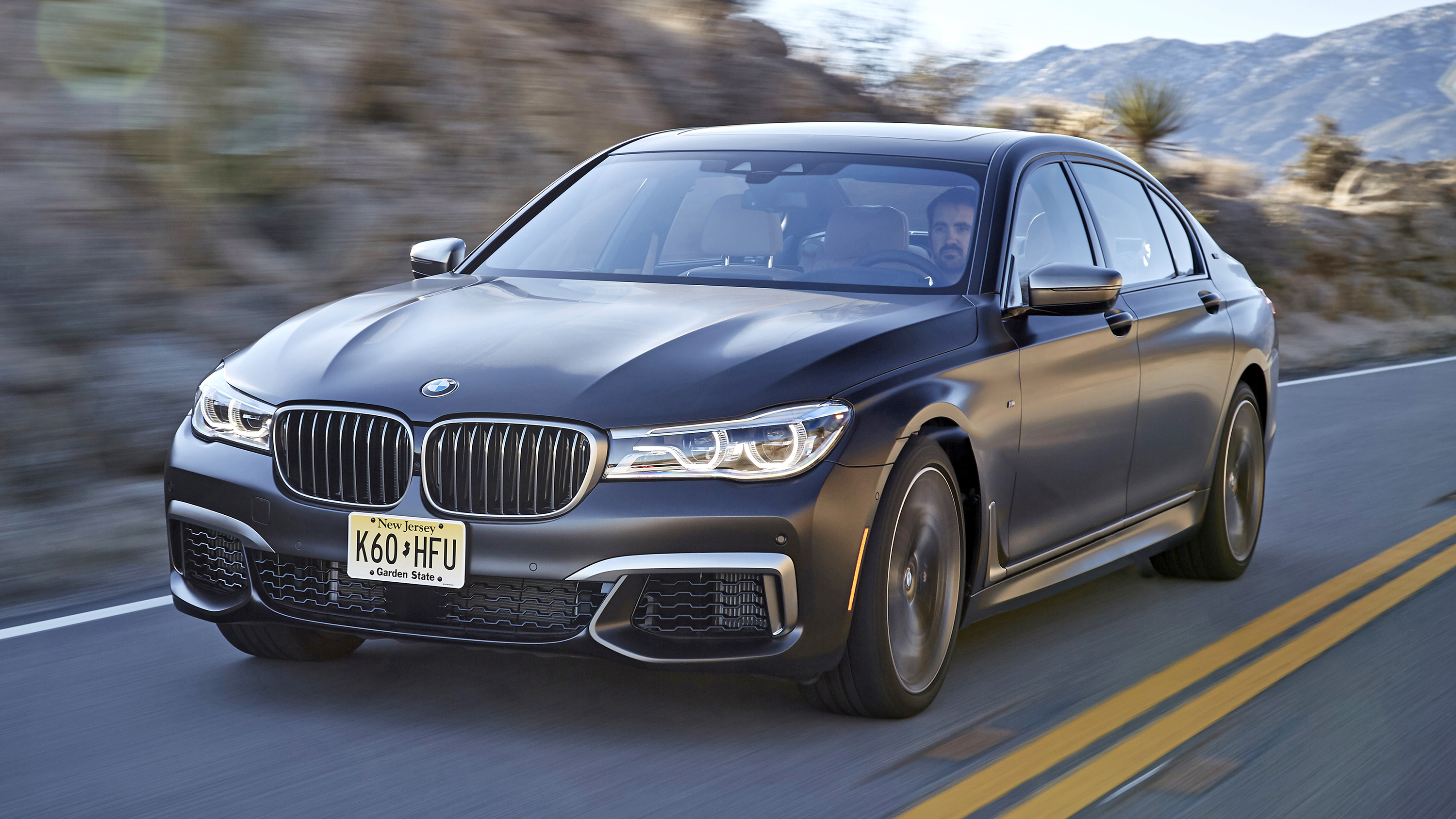 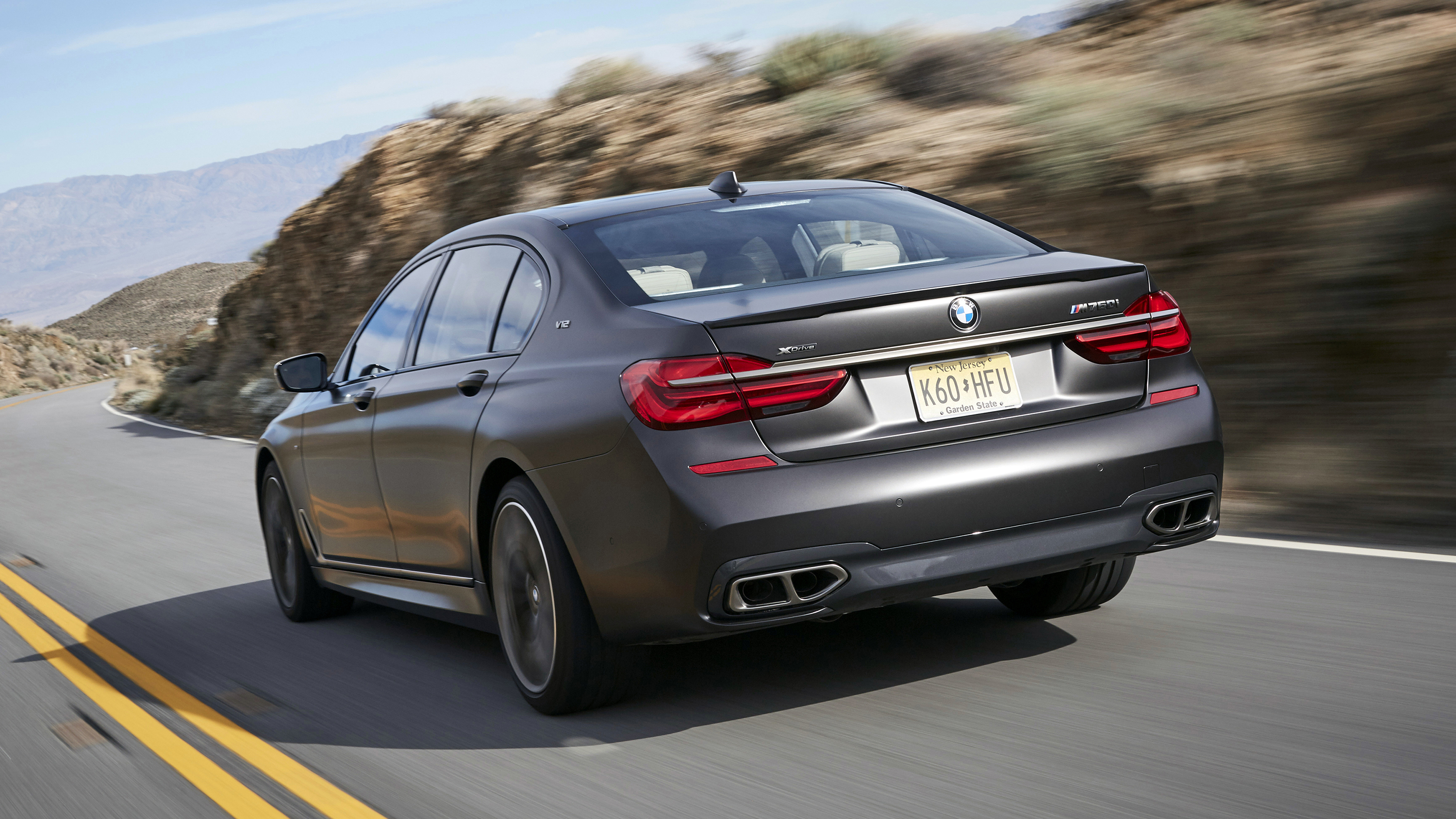 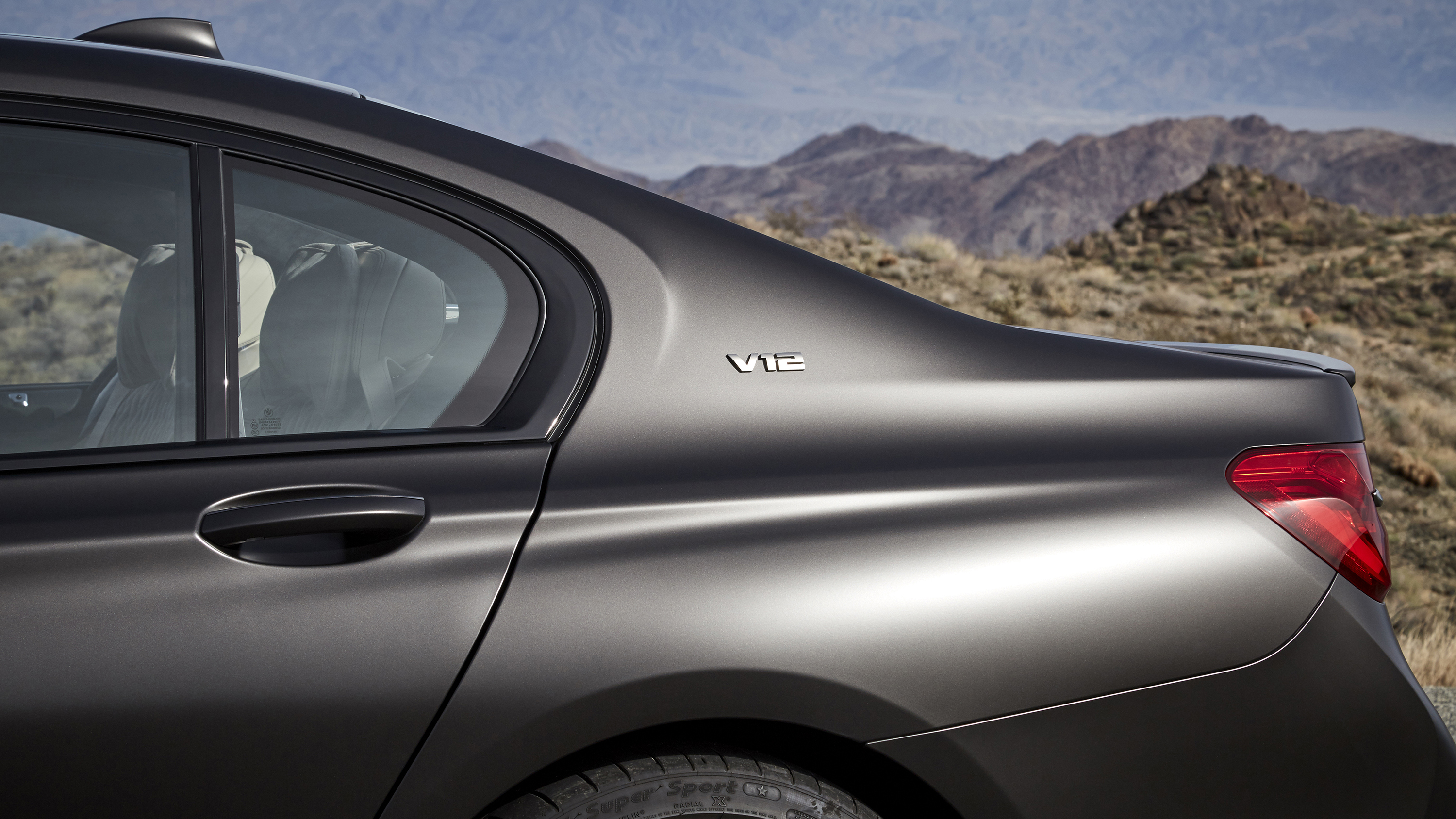 An M badge! Is this a hardcore BMW 7 Series, then?

What is it then?

So while it has been mildly sportified with the addition of retuned suspension, more rear-biased all-wheel drive and standard-fit active steering and four-wheel steering, none of this has been allowed to harm comfort or refinement. That’s the claim, anyway.

Does it look a bit sportier, too?

As with the underpinnings, what we’re looking at here is a mild makeover. The 20-inch wheels are new, there’s a grey finish for the grille, mirrors, door handles, badges and other trim elements, there’s an aero pack and a sports exhaust, too. No bodywork changes, though. And yes, it is only available in long-wheelbase guise.

Why bother calling it an M car then?

The Mercedes-AMG S63, that’s why. That car has done big business for Merc around the world and it’s fair to say that if the S63 AMG wasn’t as successful as it has been, BMW wouldn’t be bothering to weaponise the 7 Series.

To be fair to BMW, the 7 Series did need a proper flagship, it’s just that we didn’t really expect it to wear an M badge. Then again, you don’t have to have it if you don’t want.

I assume you can debadge it?

More than that – you can have a stealth version. The Excellence (yes, that’s really its name) is primarily aimed at the Asian market, but doesn’t just do away with the badges.

It also ditches the aero bodykit and the sports exhaust, changes the blue brake calipers to black, has less aggressive wheels and replaces the 205mph speedo with one that only reads to 160mph. The Excellence is a no cost option, and still has the same ridiculous capacity for speed. See the gallery below for a peek at that. 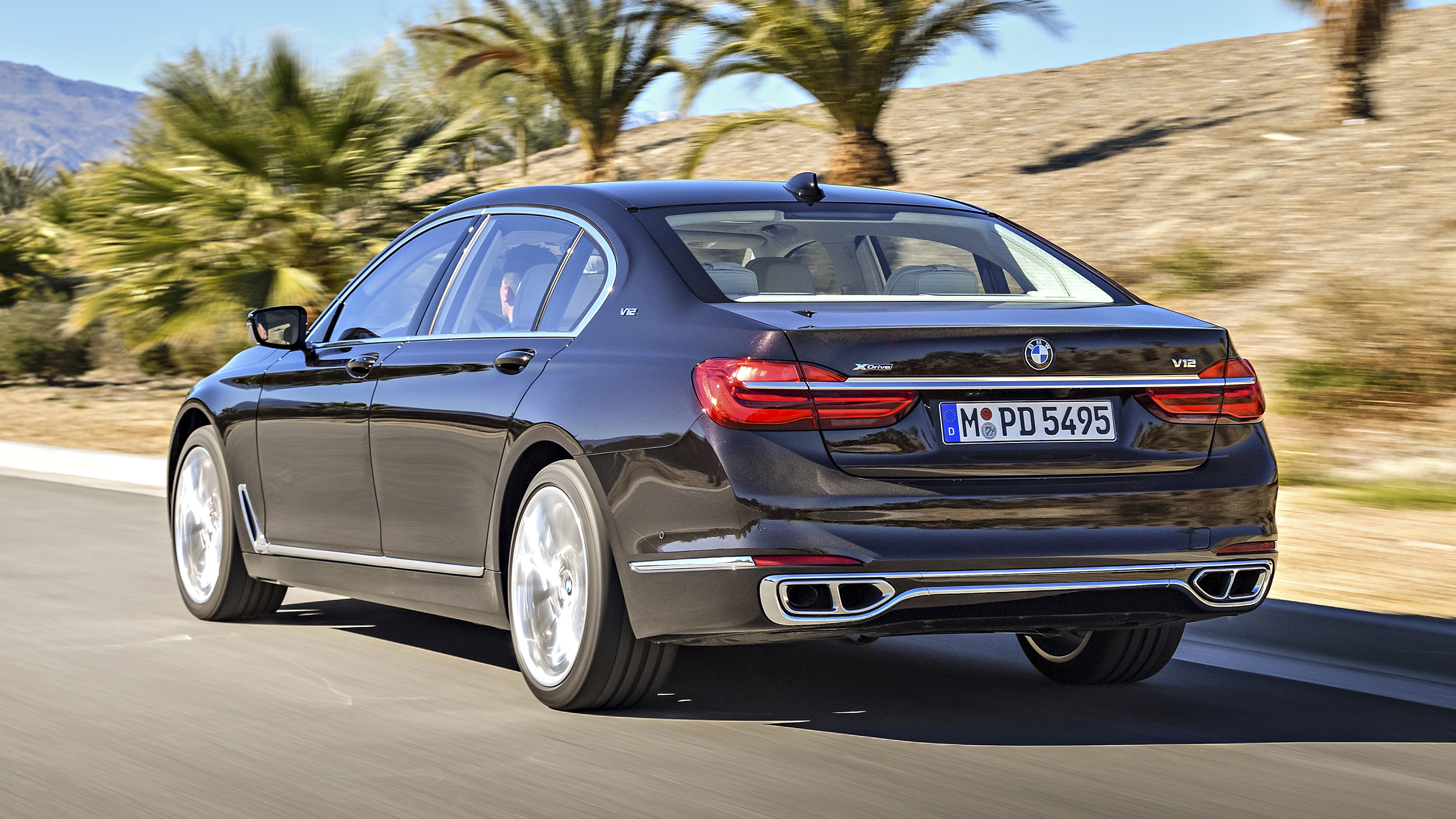 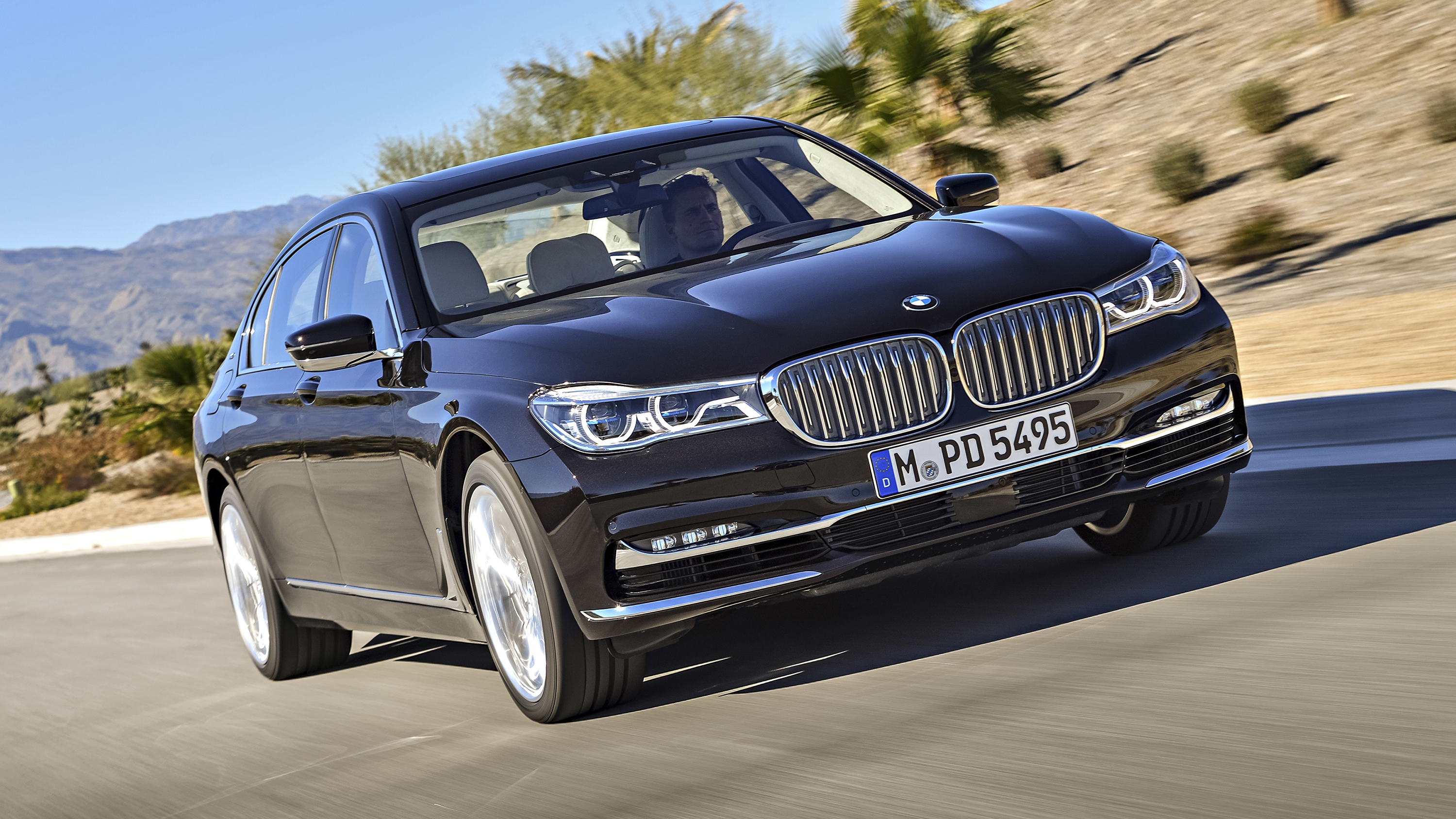 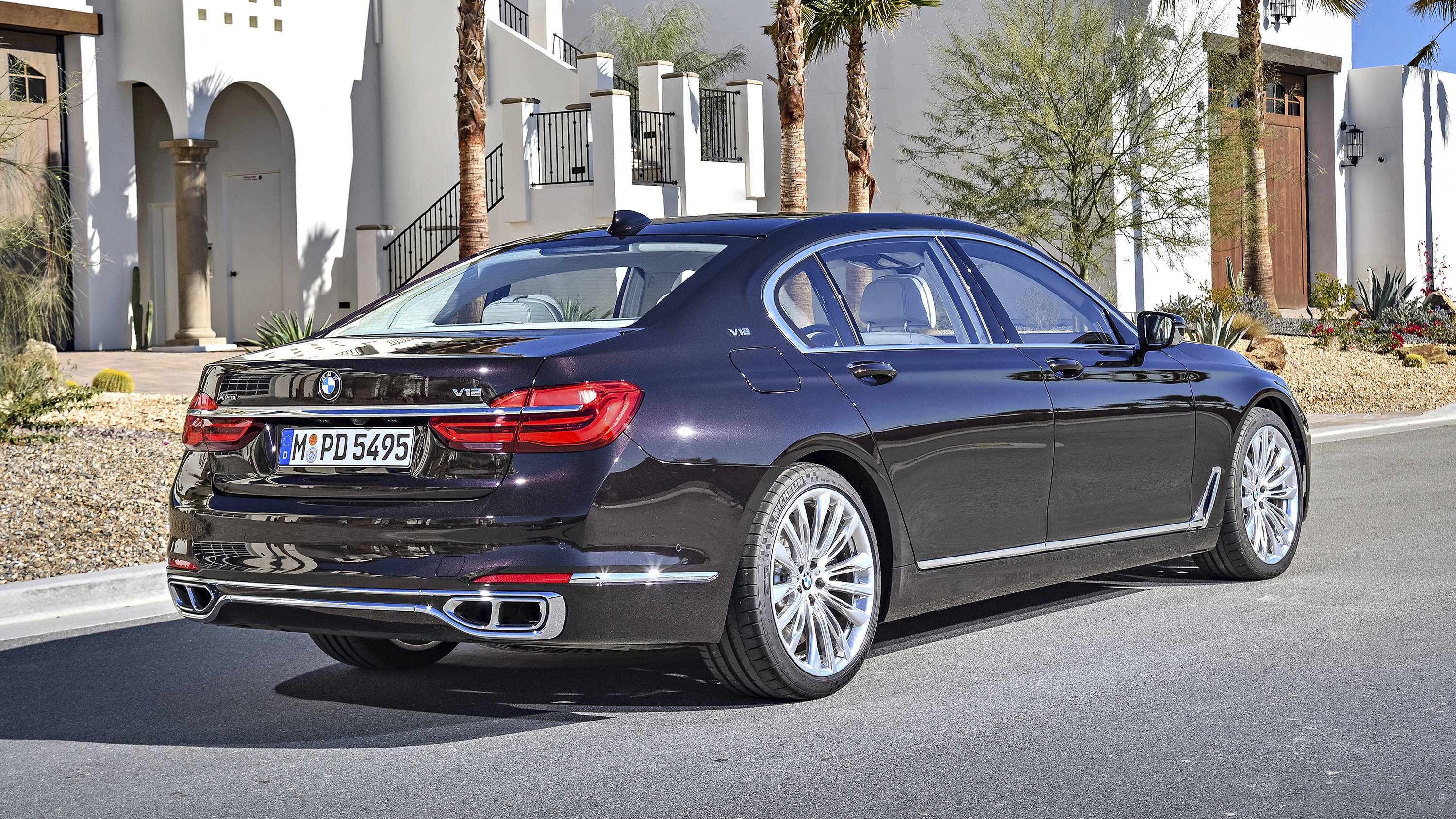 There’s not many cars with a 6.6-litre engine these days…

And yes, if you’re thinking 6.6 sounds familiar, think Rolls Royce. It’s basically the same engine as the Ghost, Wraith and Dawn, but with the power taps opened a bit wider.

It’s a hell of an engine, actually. The motive power is colossal and yet it’s metered out so smoothly and quietly you could almost be driving a Tesla. BMW may claim to have fitted a sports exhaust, but you’re never aware of it. This engine is not like an AMG V8, it doesn’t bark into life, rumble on the overrun or woofle under load. It’s more retrained than that. Well, in terms of character at least.

It’s deeply fast, this car. It might ooze silkily away from a standing start, but when given a good prod, it’s rampant. It feels as fast as the Jaguar F-Type SVR or Audi TT RS, and it makes 2.2 tonnes feel insignificant.

Over the second half of the rev range it’s blistering – no turbo whistle, but this huge linear thrust and the merest hint of a growl from the V12. Audible, but in essence one of those cars that delivers far more speed than drama.

Yep, BMW’s xDrive system does its usual good work here, but the real star of the show is the set-up work that mates all-wheel drive with four-wheel steer and anti-roll suspension tech.

This is a 5.2-metre long car that weighs 2.2 tonnes, yet it feels well balanced and capable when you pick up the pace. There’s no steering feel to speak of, but it turns in eagerly (thank you, 4WS) and exits neutrally and speedily (thank you, AWD).

Is it good fun to drive then?

Not really, just highly capable. An Audi S8 is a more nimble and rewarding driver’s car, but it’s not nearly as cossetting as this. A Merc S63 makes more noise, but I’m not sure its body control is as good.

This is still a car that’s best experienced from the back seat, where you can enjoy the sensations without having to trouble yourself with the actual bother of driving. It’s palatial back there, and the choice is yours whether you want to interact with the complex on-board technology.

Up front you have to, and it’s not easy. Yes, there’s gesture control, and if you spiral your finger you can raise and lower the volume. But it’s still easier to use the steering wheel control. Or the knob on the centre console.

Wherever you sit, though, you get to relish the silence and supple suspension. That, rather than the power, is the most impressive facet of the M760 Li.

It is crypt-like inside and rides with masterful calmness, yet it doesn’t lose its composure when you start to lift the pace a bit. It’s no less luxurious than any other 7 Series, yet maintains its composure better, staying level and sweeping commandingly about.

That’s because it isn’t. The pitch is different here – the speed of an M car, but a driving experience that’s all about control rather than excitement. It’s less overt than an S63, a heady combination of speed and luxury, with the emphasis on luxury. An M car, but not as we know it.