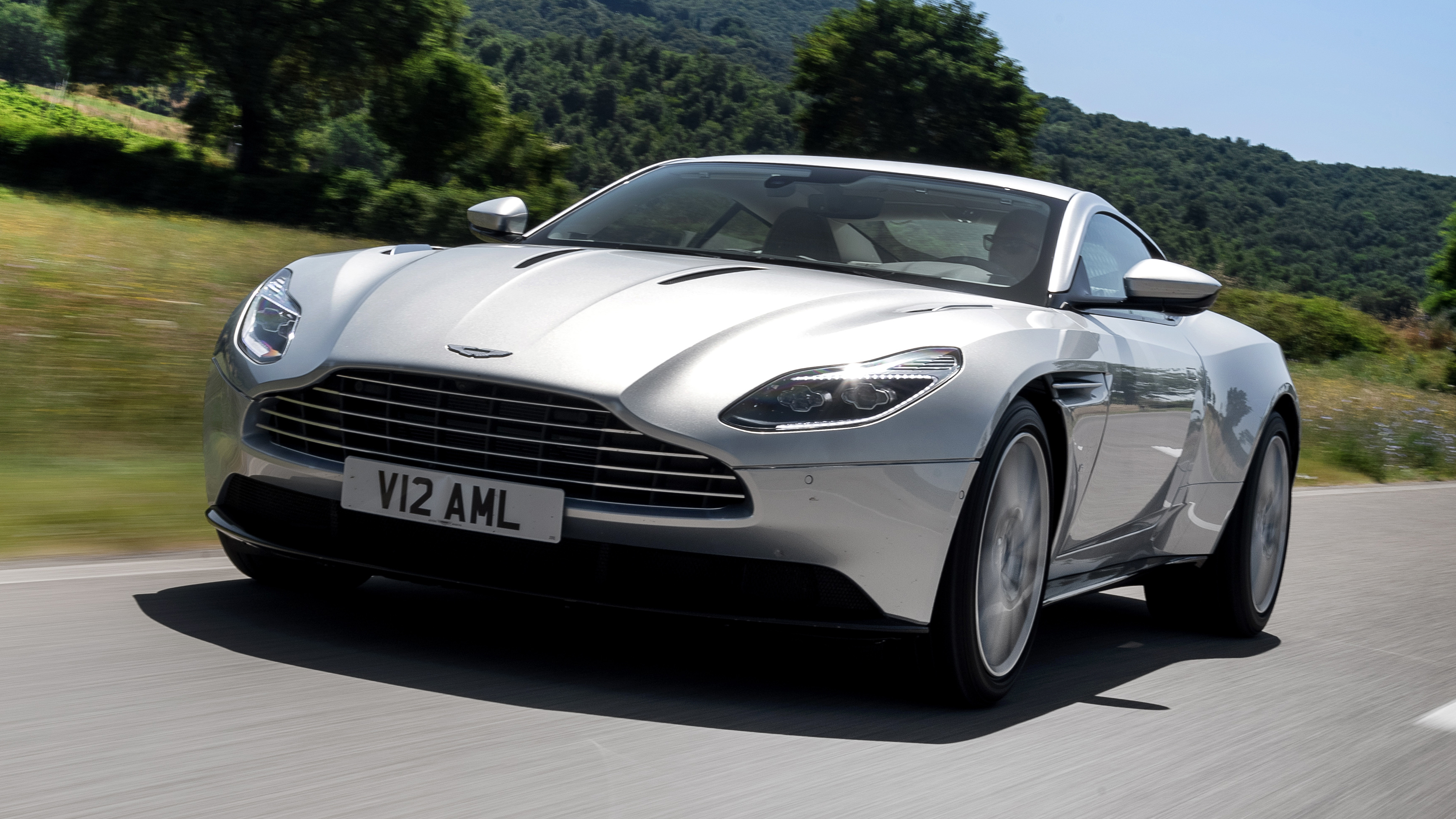 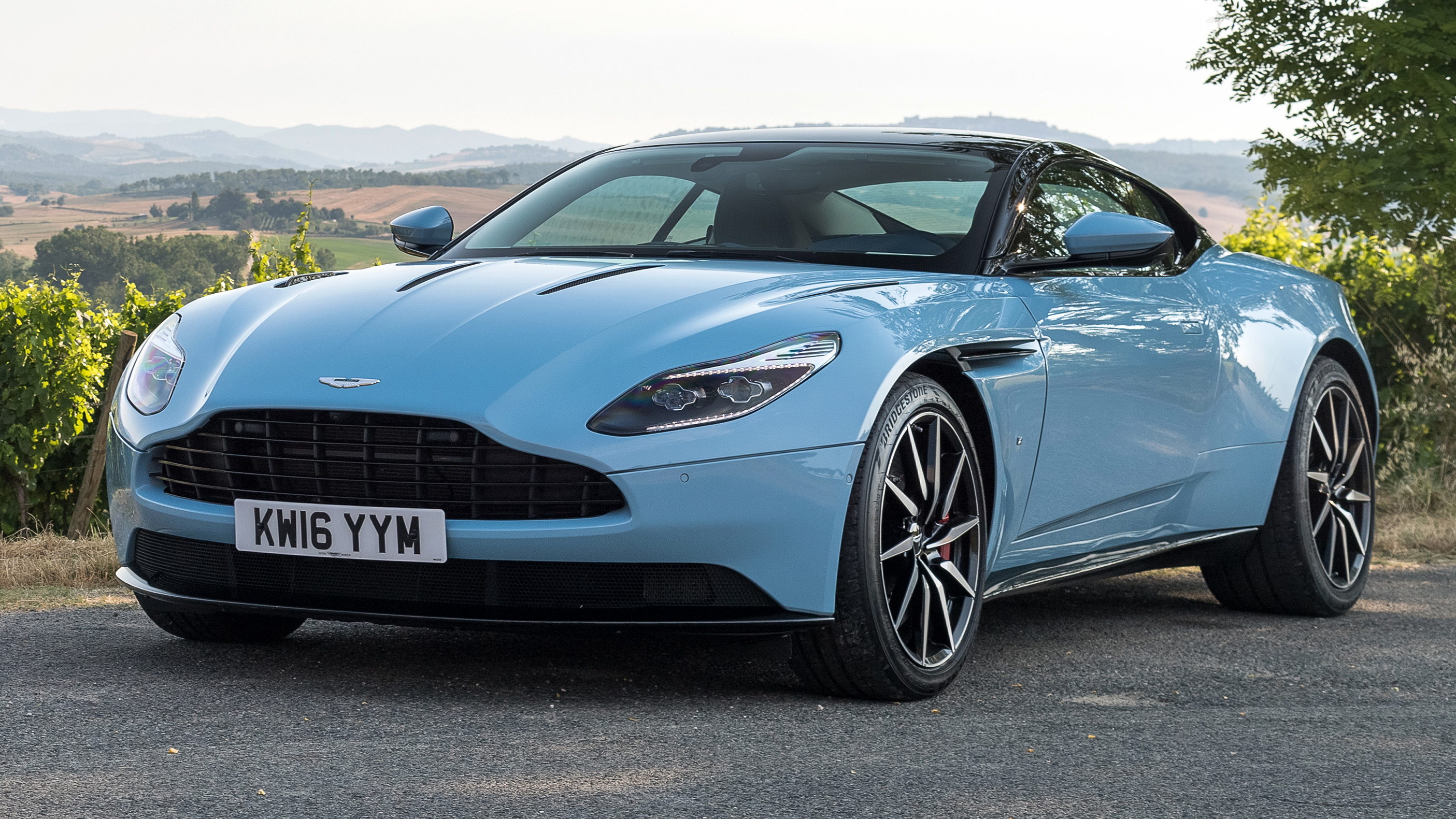 Don’t tell me, another new Aston that isn’t actually that new?

Oh ye of little faith. The DB11 isn’t just an all-new Aston Martin, it’s the start of a whole new chapter for the company that Andy Palmer was tasked with turning around when he joined as CEO in 2014. In the last two years he’s brokered an engine and electrics supply deal with Mercedes, whipped the covers off the AM-RB 001 hypercar (jointly developed with Red Bull Racing), revived the Lagonda sub-brand and squeezed every last drop of potential from an ageing range with specials like the Vantage GT8 and V12 S manual. This new DB11 though, is where his master plan really comes on stream.

It features a new, stiffer, bonded aluminium chassis, mildly inflated dimensions over the DB9, a new 600bhp twin-turbo 5.2-litre V12 engine, clean-sheet styling and a new electronic architecture supplied by Mercedes. These are the headlines, but it’s what this car kicks off that’s important: seven cars in the next seven years – including a new Vantage, Vanquish, DBX crossover, multiple Lagonda saloons and that AM-RB 001 – plus, according to the sums, a return to profitability.

Quite, but the DB11 is heartland Aston - a 2+2 grand tourer, designed to dispatch mile after mile with silken grace, but with the ability to summon up a ballistic turn of pace and decent agility when you swap your brogues for Alcantara Stig boots. Within just a few miles of driving it, we knew this much: A DB11 and a racetrack should ne’er meet, but if it’s a public highway, consider it monstered. This road-bias philosophy and front-engined, rear-wheel drive formula are a thread from the DB bloodline, of course, as are the rakish good looks.

Aston has to build “the most beautiful cars in the world” and it is, by and large, a beautiful thing

Go on then, give us the design story.

Aston has to build “the most beautiful cars in the world” (the words of its CEO, not mine) and it is, by and large, a beautiful thing – although massively spec dependant. New roof strakes – available in bare aluminium, body-colour or black - run from A to C-pillar and can transform the car from elegant to gaudy in one click of your mouse on the addictive online configurator. The proportions, however, are quintessential Aston. I prefer the rear, emblazoned with those boomerang LED lights, than the front where the grille has a slight overbite, but it’s classy in a way a Ferrari F12 just isn’t.

The DB11’s shaping even dips its toe in the muddy waters of aerodynamics. That Vulcan-esque cut-off side strake looks means but also releases pressure in the front wheel arch, while at the rear air is forced through intakes in the C-pillar, into the boot lid and out through a slit, creating a vertical jet of turbulent air that acts like a virtual spoiler. Whether it works or not is secondary to the genius of the idea.

Not entirely. Aston proudly claims that a 65mm longer wheelbase, 28mm more width and an overall length increase of 50mm next to the DB9 frees up 10mm more headroom in the front, plus 54mm more headroom and 87mm more legroom in the rear. All you need to know is those rear seats are still more for flinging bags onto than housing real people, even little ones. The shallow boot can swallow a couple of smallish suitcases, as well, so you’ll be fine for a two-up trip to your Cote D’Azur bolt hole.

Bit of a mixed bag, but then we were driving an early pre-production car. There’s a handmade quality to most things you touch, like the brogued leather on the doors and the stitching around the sat-nav screen. Flick the metal paddles with your fingernails and there’s a reassuring ‘ting, ting’, likewise the cold burred surface of the volume dial on the squircle steering wheel. A digital instrument cluster brings the car up to date, but also cheapens it slightly – after all, anyone can have digital instruments these days, I’d prefer a physical dial with more detail for my £155k, at least for the tachometer. And is it just me or are those door handles a bit, erm, phallic?

You sit low, very low, should you wish, but the visibility is still fine, besides the fat A-pillar getting in the way when you're pulling out of side roads. But look, it’s an Aston, it’s swathed in expensive materials and now the on-board infotainment system, also lifted from Mercedes and complete with an eight-inch central screen and 360 degree cameras as standard, is up to date and actually works. I’d call that a win. 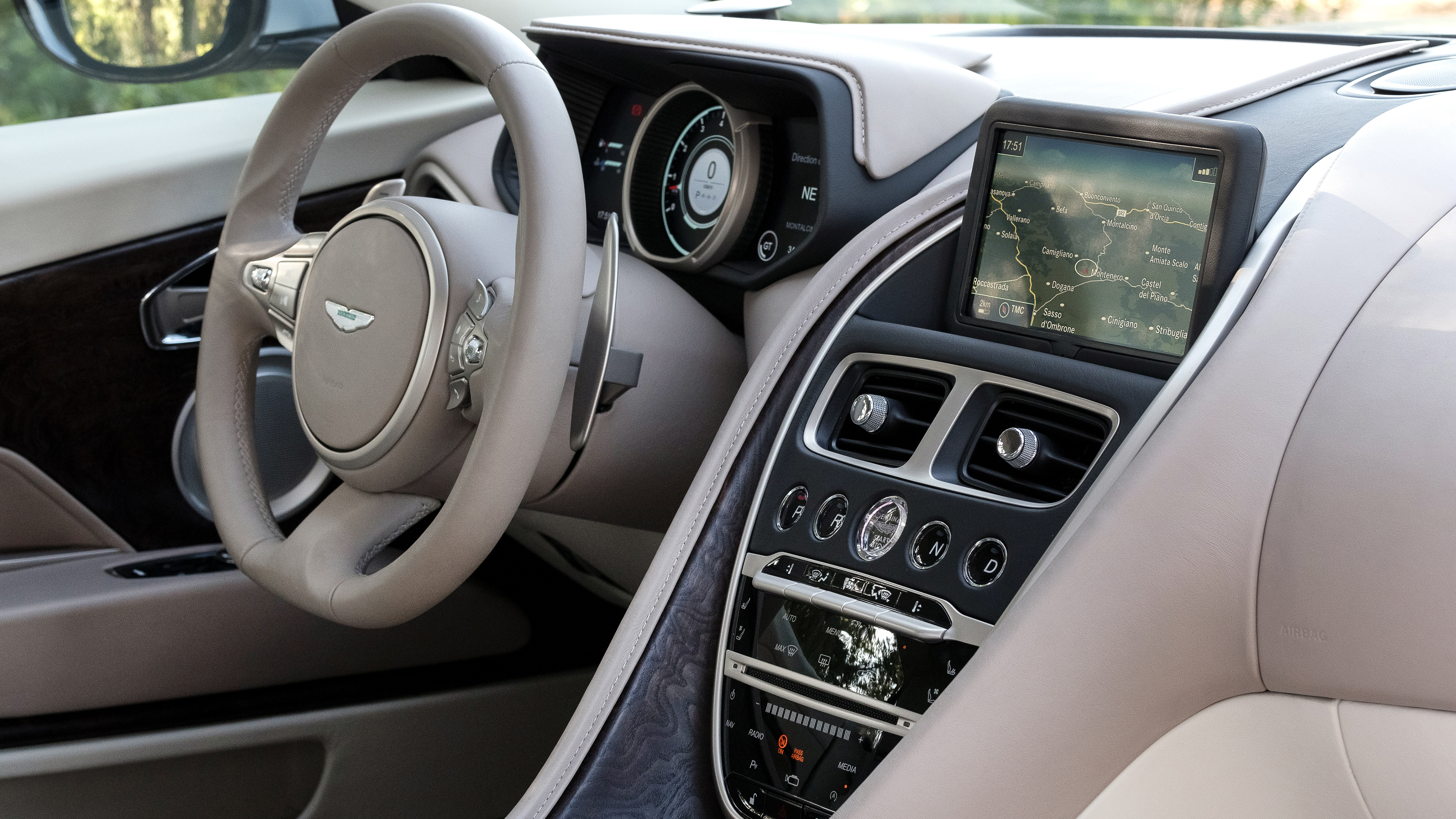 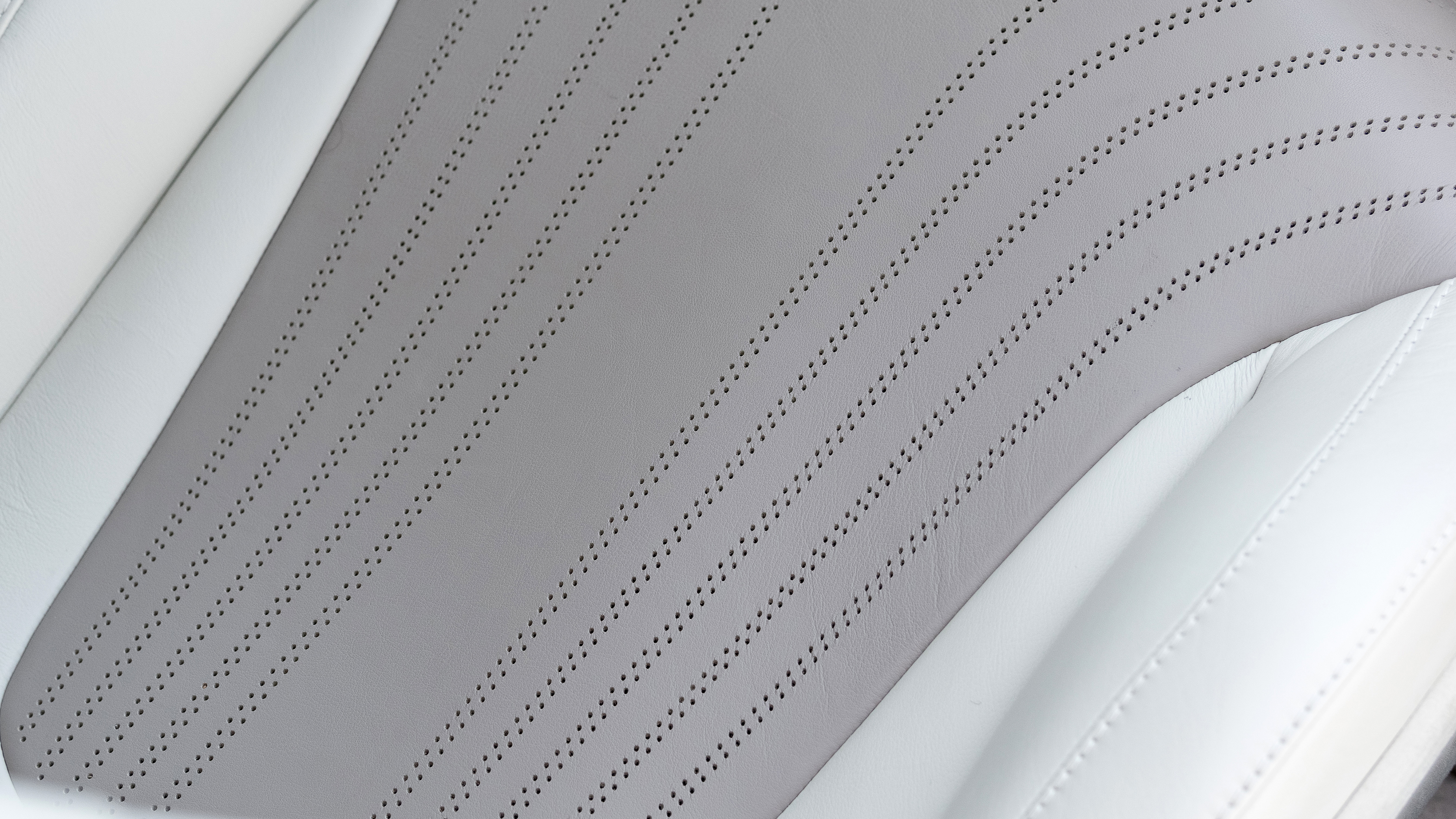 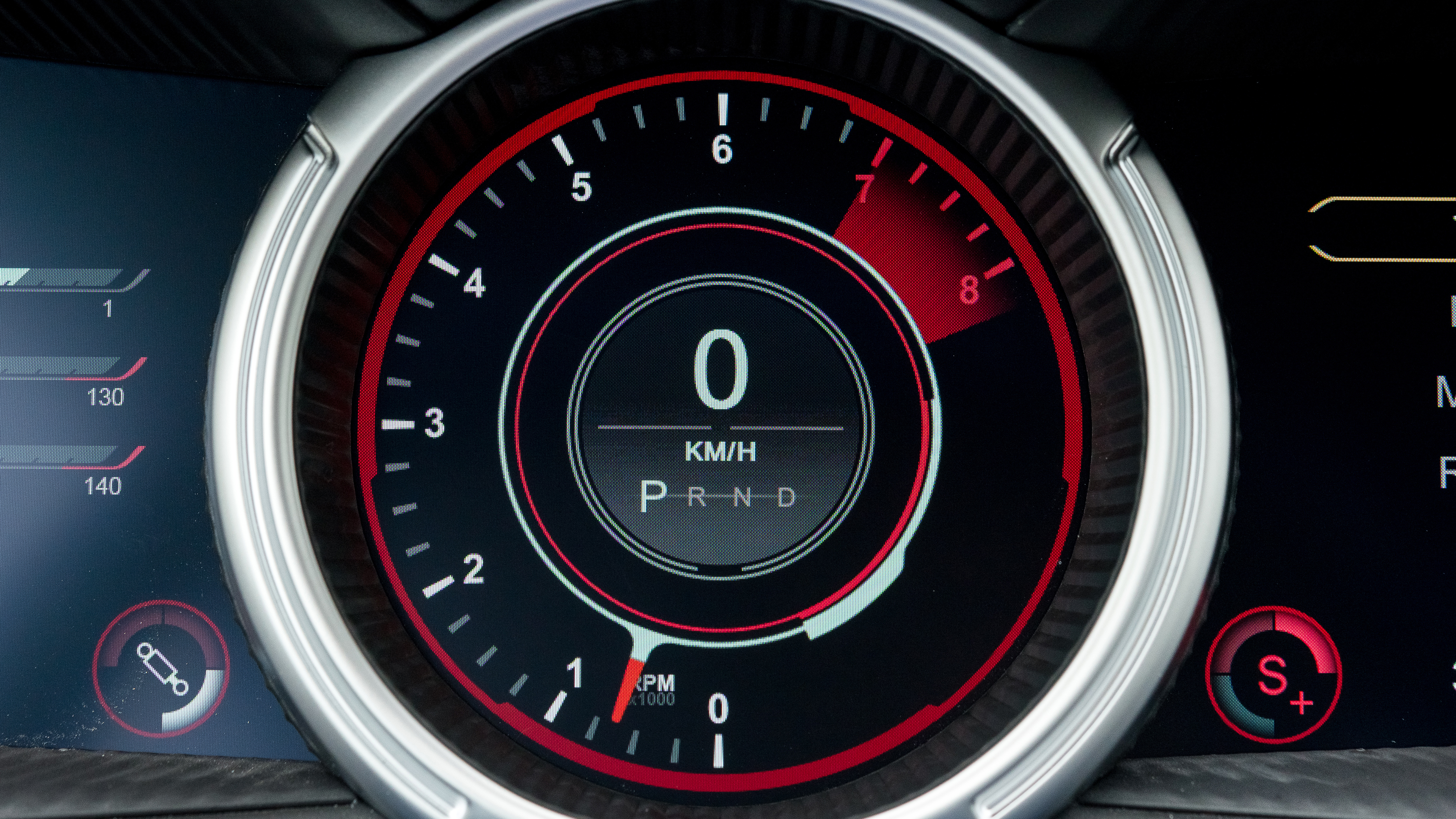 So is the engine from Merc, too?

Inevitably though, it doesn’t have the same depth of aural character as its 6.0-litre naturally-aspirated predecessor. Climb past 3000rpm, the point where the turbos really come on song and the thrust starts to peak, and there’s a wall of sound – the kind only 12 thrashing cylinders can generate. It’s a booming, snarling upsurge that’s worth listening to all the way to the 7000rpm limiter, but there’s less complexity, fewer layers, no grumbles and bangs.

To begin with, I’ll admit, it’s a slight disappointment but you can tweak the intensity of the soundtrack via the three driving modes – GT, S and S+ - and considering the more mature nature of the DB11 compared to the inevitably sharper Vantage and Vanquish models still to come, it’s a promising starting point.

Forget the sound, how does it go?

In sheer performance terms, it’s a big step on. You can find the turbo lag if you hunt for it, but mostly you have unseemly amounts of shove constantly poised under your right foot. On the motorway it doesn’t much care whether you're cruising at 50mph or 150mph, it ticks over silently, utterly unstressed. On a fast B-road you find yourself instinctively asking for the next gear from the eight-speed ZF ‘box at around 4500rpm, because why gnaw at the fatty bit around the edge when there’s so much meat in the middle?

It’s a booming, snarling upsurge that’s worth listening to all the way to the 7000rpm limiter

But... a sports car the DB11 is not. It feels wider than its lane and rolls too much to be able place with any accuracy in the hairpins. You can firm things up by dialling the adaptive dampers through three modes – also called GT, S and S+ - and body control becomes noticeably tighter without nuking the ride.

With the dampers and powertrain in S+ the DB11 shows how hard it can grip, and how responsive the throttle and steering can be. But you have to manage the weight, brush the steel brakes a touch earlier than you think (chosen over carbon ceramics for the amount of feel they offer, even without any heat in them) – slow in, fast out – but time everything right and there’s an effortless flow to its movements – like a second row with the dexterity of a ballerina. Don’t, and you sense the weight lurching to the outside tyres and pushing the suspension to its limits, but at no point does it feel overly stiff; this is a car designed to flex with the road, even in its most aggressive settings.

It does, and that’s where the DB11’s USP lies -  that on the right road it can turn in a virtuoso performance, but the rest of the time it can swallow countries whole at a steady 25mpg, or isolate you from traffic jams and cracked-up surfaces on the commute. It is, whichever way you measure it, a sizeable step on from the DB9 it replaces, but doesn’t try anything too outrageous. A solid start to a future portfolio that will be studded with flashier and faster members than this, but none that are quite so suited to being enjoyed every day, wherever you’re heading.