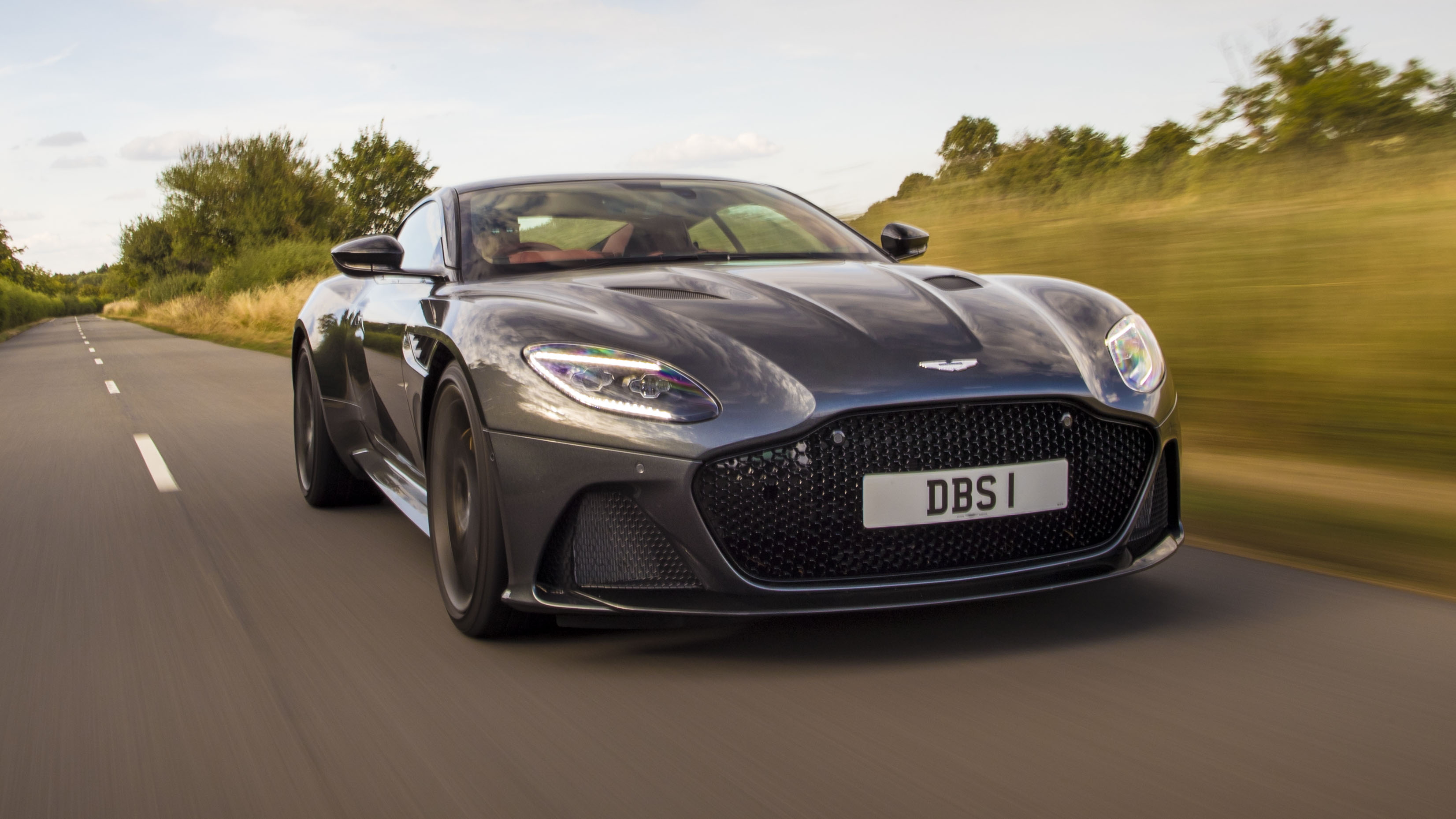 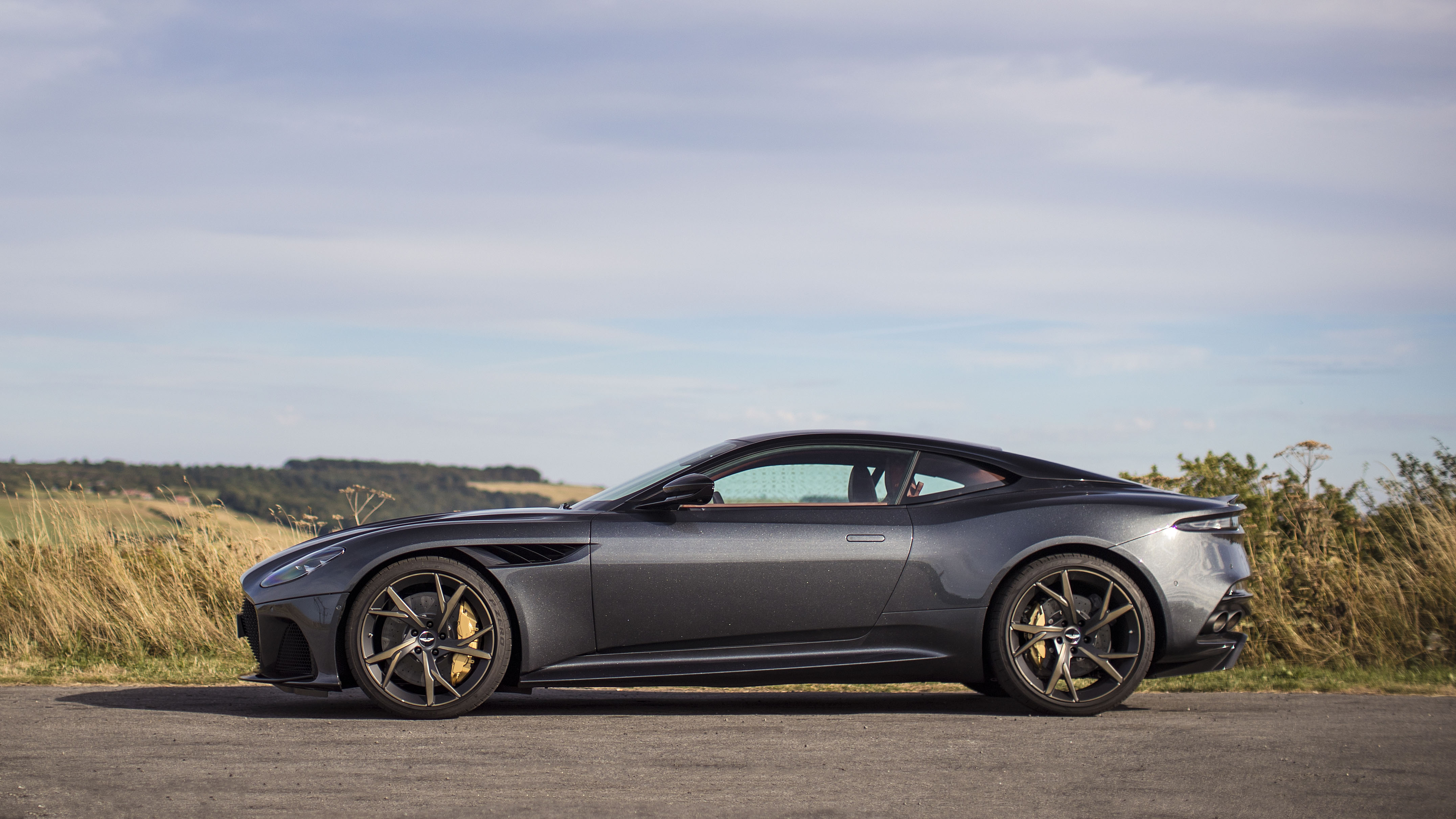 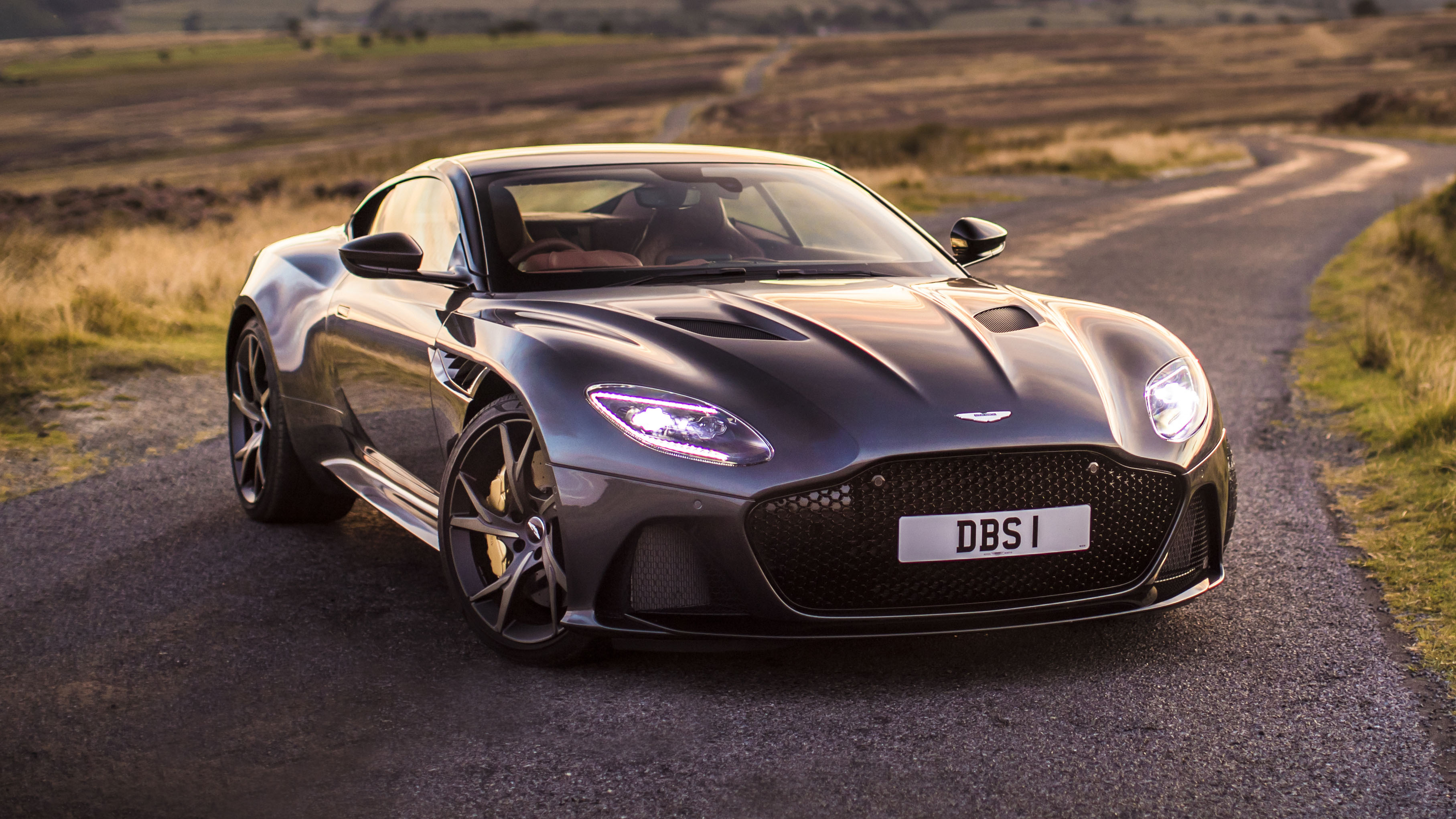 It’s not the 725bhp you need to worry about. That’s not with you until 6,500rpm. It’s the 663lb ft of torque. You get that at 1,800rpm. Right where you always are in the rev range when you’re just driving about. Near supermarkets, through suburbs, joining motorways. A foot flex too far and you might inadvertently park yourself in A&E. Backwards. Upside down and slightly on fire. Or so you’d think.

You are. Very. We’ve driven the DBS Superleggera before of course, in Austria back in the summer. But if you want to get to the nub of a car’s capabilities, autumnal England is a much better test.

First a quick recap. The DBS is Aston’s new flagship, based on similar underpinnings to the DB11 AMR, but 72kg lighter thanks largely to carbon fibre body panels, and vastly more powerful (up 86bhp and 147lb ft). The power gains from the engine were enabled by the switch to an uprated high-torque version of the ZF eight-speed gearbox.

Then there’s the detail work to enhance the dynamics and give the DBS a character to match the more boisterous looks. Brakes, steering, engine mounts, suspension have all been altered. Not just to make them stiffer. Here’s what Aston says about the engine mounts: “Detail changes have been made, with tighter control of longitudinal and lateral movement to better manage the V12 engine’s mass to improve initial steering response, transient response through a series of corners and greater on-limit stability. These new mounts keep vertical stiffness and damping characteristics close to those of the DB11, in order to preserve ride comfort.”

I know that’s a lot to wade through, but I think it’s important because if you apply a similar ethos to the whole car it gives you a good idea of what Aston was trying to achieve. A more dynamic car, without sacrificing comfort. Or in the words of Matt Becker: “While we wanted to create a very, very fast car, it was crucial that it didn’t terrify less experienced drivers.”

I’ll let you have ‘intimidating’. Because it is at first. That’s nothing to do with the way it drives – it’s the length of the bonnet, the pinched view out (big A-pillar blind spots), the low seating position, the octagonal steering wheel, the complex centre console.

The actual driving is straightforward. Press D for Drive, the handbrake auto releases and off you go. You’ll find that the throttle is really nicely calibrated, so too the brakes and steering. It all moves well together. It doesn’t snatch or tug, it responds exactly as you want it to, with calmness and precision. And this is around town. Outside the city limits you might want to have a play with the two buttons that top the arms of the steering wheel. These allow you to sharpen up the suspension and drivetrain, both through three settings (GT, Sport and Sport+).

Sport is the sweet spot – as far as the suspension goes. It hits the right balance of precision while retaining some flex and movement. For British twists and turns it’s just the ticket. But that’s not all. There’s something fundamentally very satisfying about driving this car down a B-road. I thought it would feel too big, I thought it would get fractious and fail to manage its weight (1,693kg dry, about 1,840kg with fluids), and most of all I thought the orange light would flicker constantly.

None of this was true. OK, it is wide, but it’s easy to place it accurately on the road so you don’t worry about it. But the good stuff is very good indeed. The front end has real bite and accuracy, and the rear, the end I expected to cause most of the problems, found way more purchase on cold, wet, leafy tarmac than I thought possible for a car wearing such fat 305/30 ZR21 Pirelli tyres. Broad tyres (the fronts are 265s) may be good on dry tarmac, but putting less pressure on each square centimetre of tarmac often backfires when its slippery. They also tend to blunt feedback, but instead I found the steering and suspension very communicative.

You’d imagine communicative to mean busy, but the DBS does a great job of filtering so that you can drive it smoothly and swiftly, maintaining pace with little apparent effort. It’s the swan principle: it might be paddling like heck underneath, but on the surface progress is calm and unruffled.

What about in a long haul GT role?

On the whole it consumes distance very happily, eighth may be shortened compared to the DB11, but it’s still long enough that you detectably feel the car relax as the revs drop and the noise settles back into a distant woofle. The most damage is done by tyre roar. And kickdown. Because it just doesn’t need to. Even in Comfort the gearbox is too eager to shed a ratio or two, when all it actually needs to do when it has 663lb ft at its disposal is lock up the torque converter and let that twin turbo 5.2-litre V12 show what it’s capable of. I ended up using manual gears almost all the time. Eighth for motorways, fourth and fifth for B-roads and just surf the bottomless torque. Winter’s no time for 6,000rpm.

Ridiculously. Effortlessly. The best thing is feeling the force it delivers from 2,500-4,500rpm. Stretched out we couldn’t quite match Aston’s claims to 60mph and 100mph, our times of 3.6secs and 6.8secs falling 0.2secs and 0.4secs short respectively. But at this time of year that’s not too surprising and once it had traction the DBS was plain astonishing.

Torque doesn’t hit quite as early as the 1,800rpm peak promises, but that’s probably just as well. It helps reduce traction concerns. The noise is a splendour, a rich crescendo that’s not as strident as a Ferrari, the softer noise doing more to reassure you that the car isn’t about to get spiteful. That said, don’t turn the traction control off. In the interests of experimentation I did. Once the rear wheels lose traction they spend an awful lot of time looking for it.

Hate to say this, but the last gen Mercedes infotainment is already looking and feeling dated. And that centre console is hard to get on with – your fingers always seem to be at awkward angles. The dash itself is much better, information is clear and logical, so it’s only the daft steering wheel you have to get used to – and that’s a legacy of the car’s packaging: flat bottomed for ease of entry, flat topped so it doesn’t reach too high and limit the view out, large diameter so you can see the instruments through it.

Can it take four?

Yep. And their kit. I found this when I ran a DB11 for six months last year. The boot may not be deep, but it is wide and although those back seats are cramped, they’re also tolerable. Kids only. I’m not sure your wife would thank you if she had to attempt to emerge demurely from the back seat.

By a decent margin. Which is what you’d hope given it costs £225,000 before options. But beyond that it’s a car that fulfils the super GT role almost flawlessly. Think about how you might want a car pitched in that market to drive – lighter on its feet and more sporting than either a Bentley Conti GT or Merc S-Class Coupe, but less highly strung than a Ferrari 812 Superfast or GTC4 Lusso.

It epitomises Aston Martin’s brand values perfectly, drives naturally, gracefully, and that engine… it may be a collection of cylinders, pistons and turbos, but it’s a living, breathing monster.