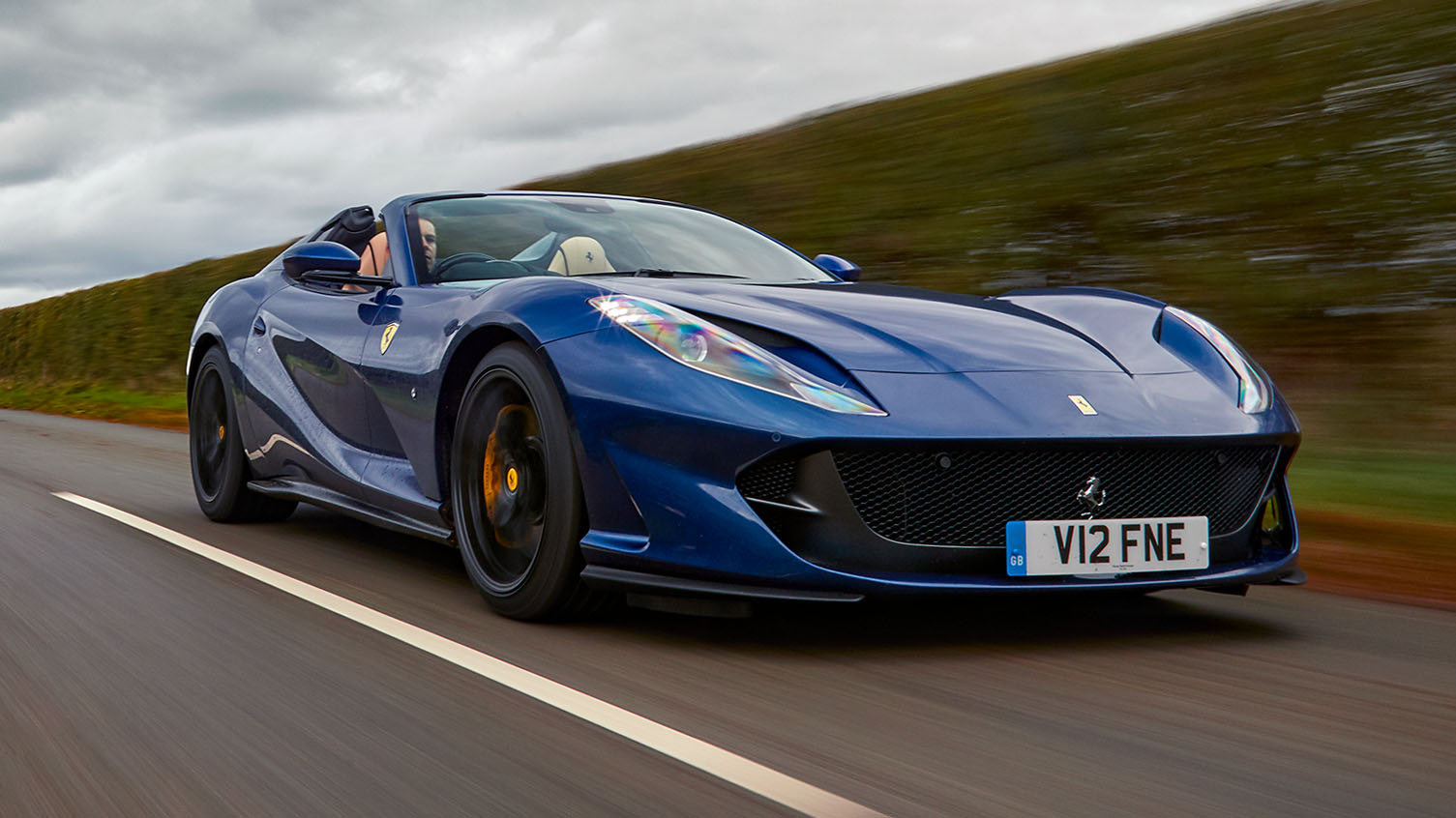 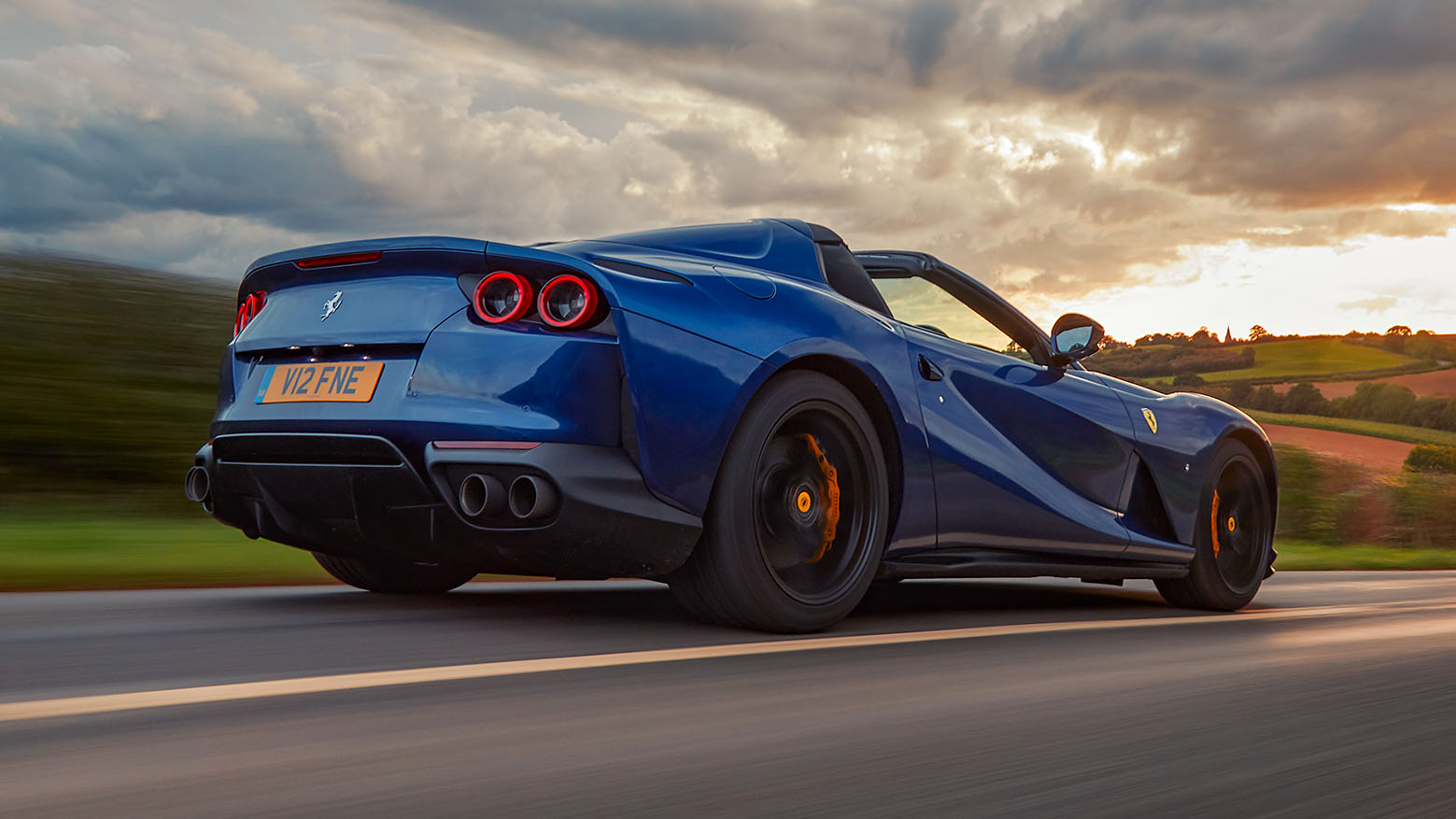 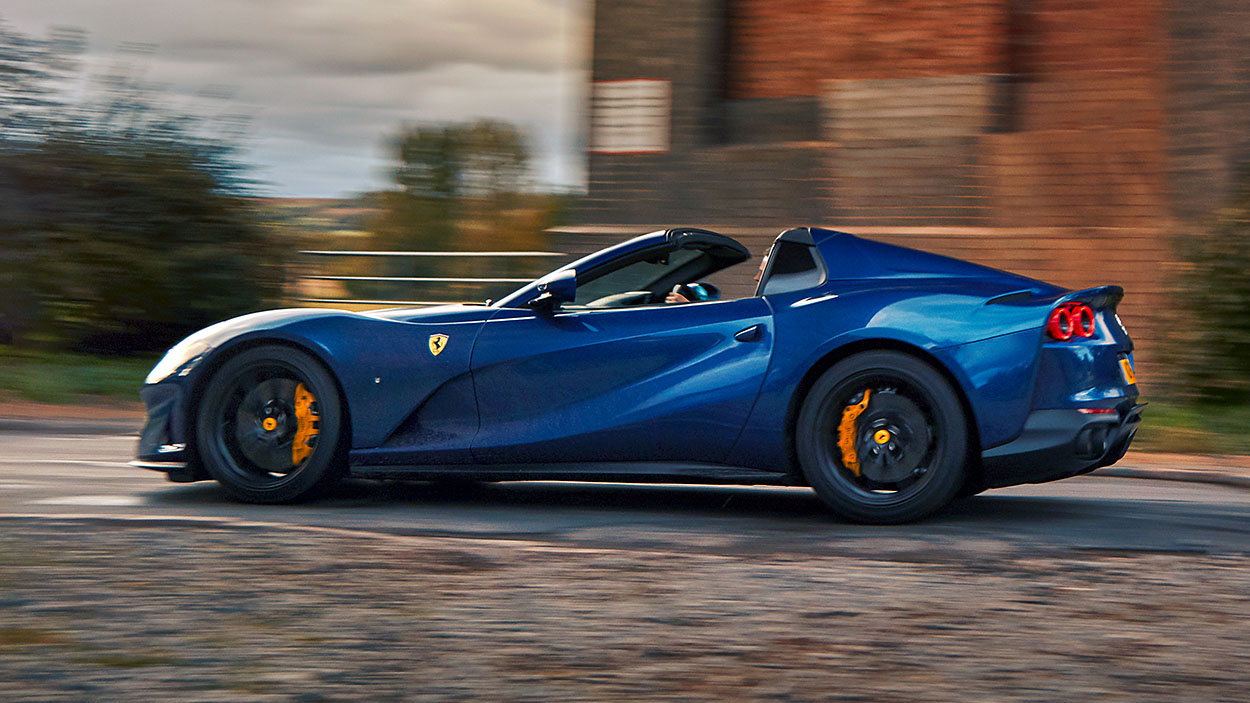 1 / 12
Advertisement
“Simultaneously frenzied and approachable, the 812 is a remarkable achievement. Roof on or off ”

The noise, the performance, the drama

Maybe not an everyday car

You might be looking at the end of an era. In the shark nose of the Ferrari 812 GTS is a 6.5-litre V12 engine, free of turbos and able to rev to almost 9,000rpm as a result. It’s already a certified all-time great from its starring role in the regular 812 Superfast, if ‘regular’ is ever relevant terminology with cars such as these. It’s mesmeric in its noise and delivery as well as being a work of art to look at.

Will the naturally aspirated V12 live on at Ferrari, free of turbos or electrical assistance? Only time will tell. So let’s enjoy this roofless 812 like it’s the last application, savouring every glorious note belted out by the 12-cylinder masterpiece up front.

The 812 GTS is a new thing in more ways than one. Previously, the convertible versions of Ferrari’s V12 GT cars have been limited-run specials. Think the 550 Barchetta, with its floppy piece of canvas useful only for keeping your seats dry whilst parked up. Or the 575M Superamerica, a complex flipping targa top with its – ahem – ‘curious’ rear proportions.

More recently, we’ve had the 599 SA Aperta. But the F12berlinetta which followed the 599 GTB was never given the drop-top treatment outside of Ferrari’s special projects division, making this Ferrari’s first V12 roadster in a decade. And the first since the Daytona Spyder of 1971 whose production is limited only by demand.

The 6.5-litre is just as you’ll find it in the Superfast: 789bhp and 529lb ft drive the rear wheels through a quick-witted seven-speed paddleshift gearbox and via a whole suite of electronic systems to ensure such bonkers figures are genuinely useable on road. Among them is what Ferrari calls ‘Virtual Short Wheelbase’, but which we know as four-wheel steering. The key figures are sub-3.0secs to 62mph, 8.3secs to 124mph and a 211mph top speed.

The roof is a folding metal item closer to the delicate setup you’ll find on the F8 Spider than those Apertas and ‘Americas, keeping the 812’s lines largely intact. Though you’ll spot one easily by its lack of rear quarterlight windows and those almighty buttresses, “designed to visually embody a sense of forward thrust", says Ferrari. Just in case you’re unduly worried that forward thrust might be in short order.

It all folds up or down in 14 seconds and will operate on the move below 30mph. Neither is a class leading figure – think of the speeds you’d reach accelerating for 14 seconds – but when you see the mechanism in action, you’ll be astounded it operates on the move at all. It’s a lot more theatrical than rival systems and we wholeheartedly recommend doing it at a standstill so you can enjoy the show. There’s also the obligatory ‘noise window’, the GTS's titchy rear screen able to drop down when the roof’s intact. Giving you all of the noise, even when the weather’s crap.

There’s been important fiddling in places you might not think to look, too. A redesigned rear diffuser helps the GTS’s aerodynamics match those of the Superfast, while there’s technology borrowed from the LaFerrari Aperta to eradicate turbulence inside the cabin, whereby “two small L-shaped flaps on the upper corners of the windscreen generate a coherent concentrated vortex that creates outwash in the velocity field immediately above the rear screen". So now you know. Time to see if it all works...

“Simultaneously frenzied and approachable, the 812 is a remarkable achievement. Roof on or off”

Ferrari’s first full-production V12 roadster in five decades has been worth the wait. Its role as a moving museum piece to the greatest engine of modern times justifies the enormous asking price alone. The fact it drives spectacularly - flattering its driver in the process - is a mere bonus.

The way it’ll eat up miles and act the GT car, too... that’s just Maranello showing off. The 812 GTS is a glorious, scintillating device that’ll trample over any snobbishness about convertible-ised supercars. It’s cooler than its special edition forebears, we reckon. If this is among the final naturally aspirated, electrification-free Ferraris in regular production, it lives up to its remarkable billing and more.