£850,000
Read why you can trust our independent reviews
Top Gear Team
Published: 08 Oct 2021
Skip 13 photos in the image carousel and continue reading 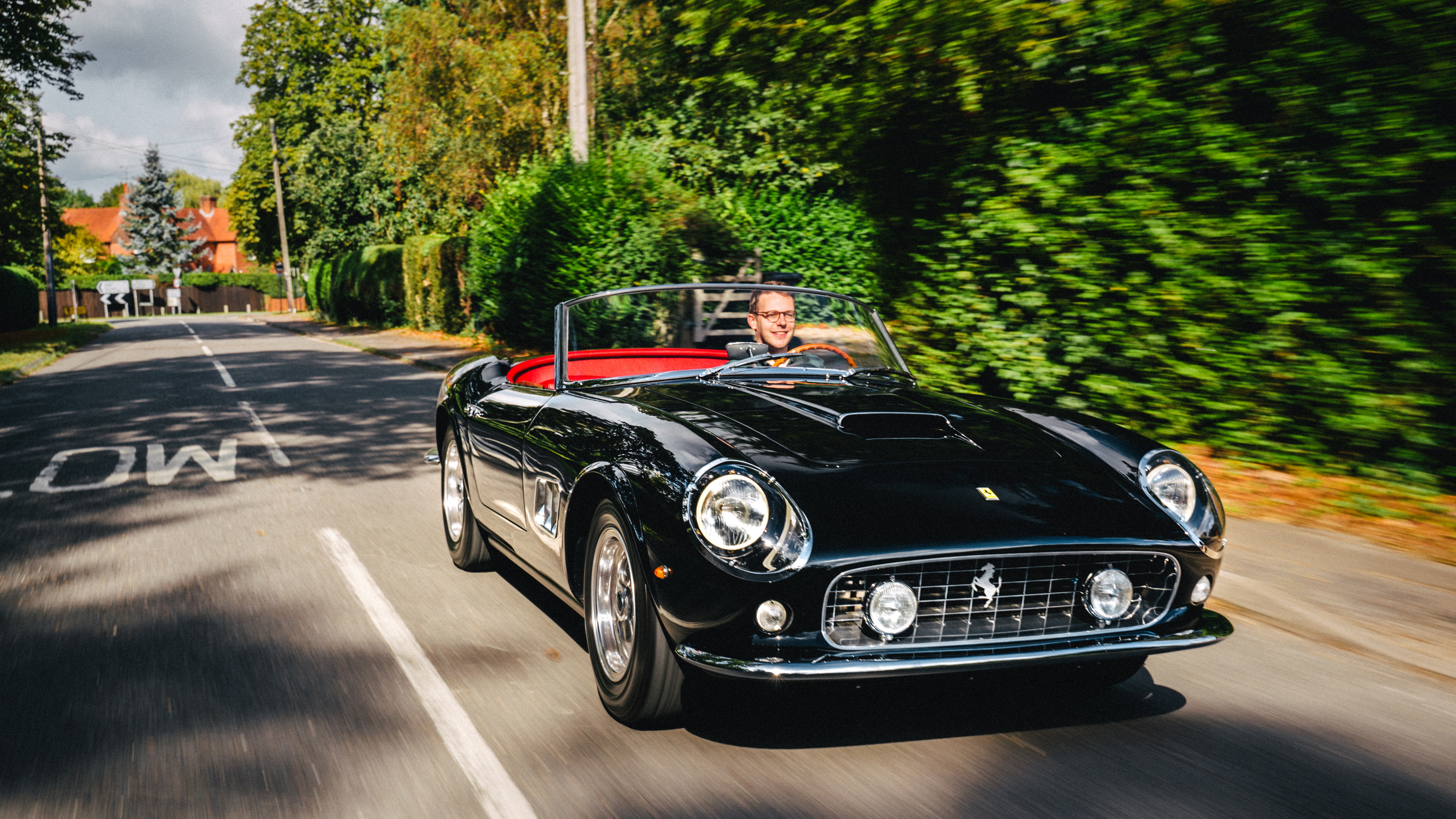 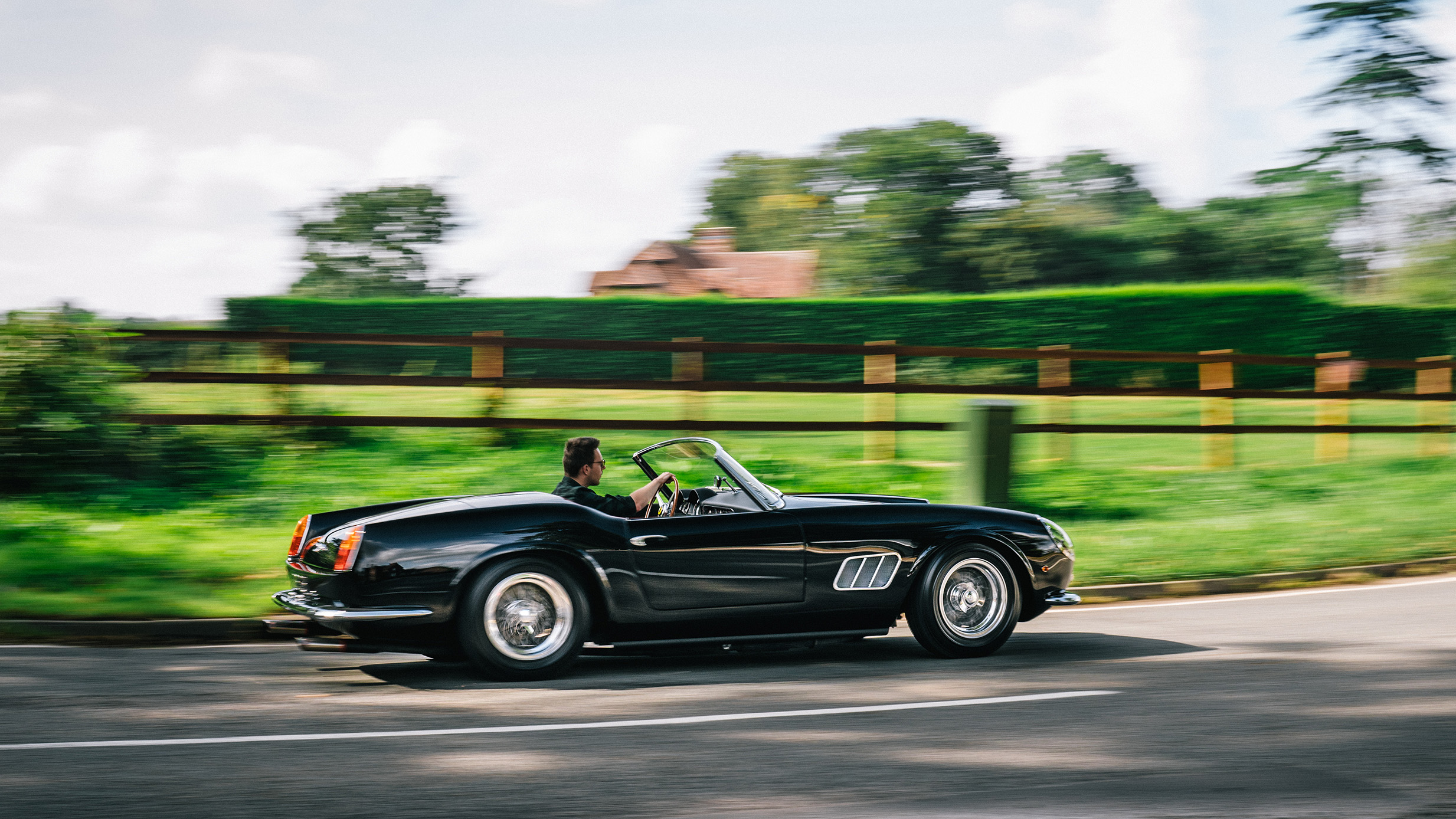 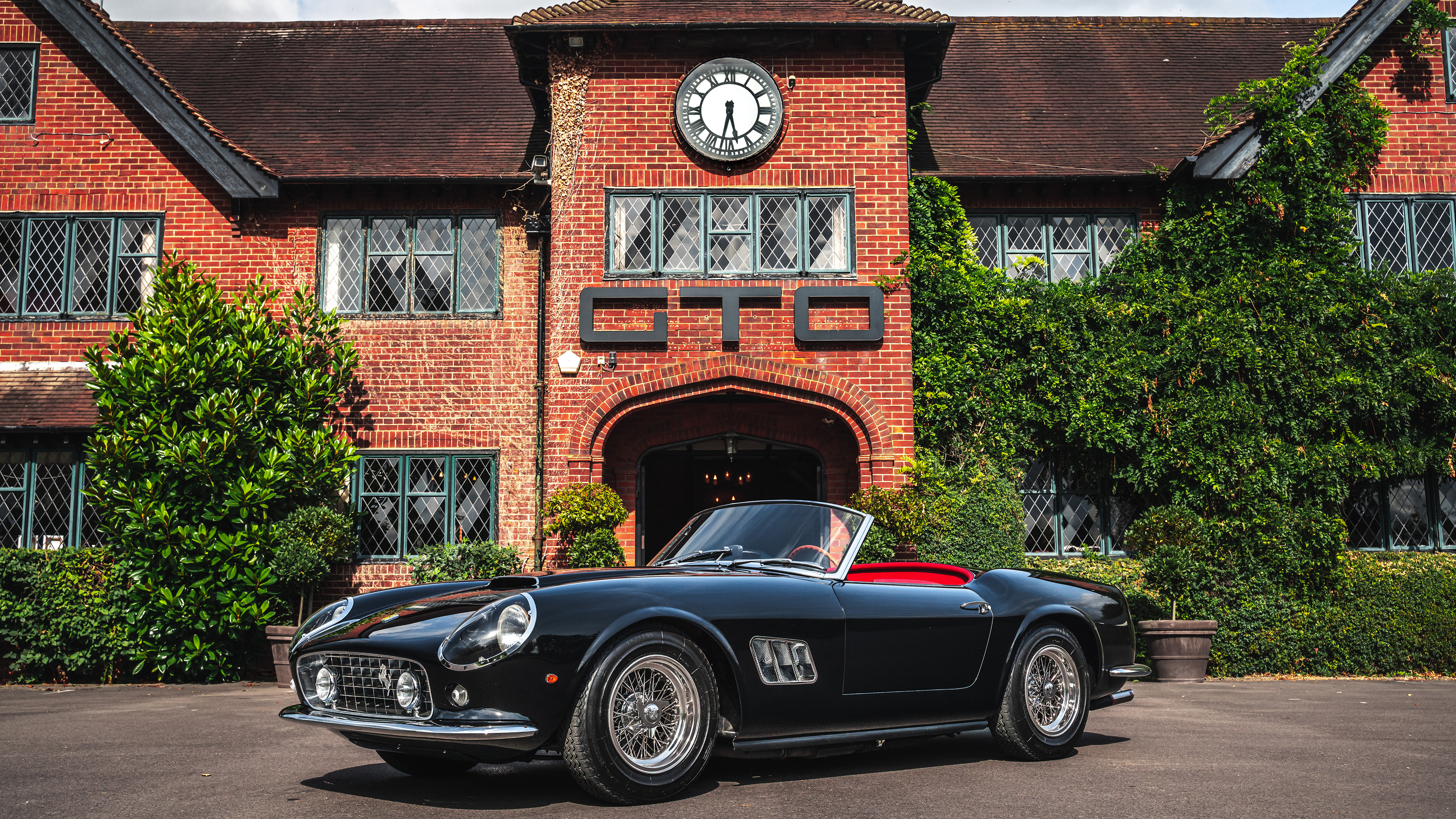 1 / 13
Advertisement
“A lovingly created, better-than-new classic Ferrari, and the most affordable (!) way to get a California Spyder into your life ”

Utterly beautiful to look at, sit in, listen to, and drive

Tall? You won’t fit. Does knowing it’s not ‘a real one’ bother you?

To almost everyone, it’s a gorgeous classic car. To a true enthusiast, it’s a Ferrari 250 California Spyder. One of the all-time great icons of Sixties Italian exotica. But to aficionados, this quite exquisite piece of hand-beaten sculpture isn’t a Cali Spyder. At least, not an original.

Welcome to the GTO Engineering 250 Cali Spyder Revival. Yes, it’s a brand-new replica, which UK Ferrari specialists GTO Engineering will build you if you’ve got a donor Ferrari basis to set it upon. But replica is a rather coarse word for this lovingly honed, better-than-new creation of a Cali Spyder to 2021-spec engineering standards.

So we’re about to see revamped classic Ferraris on every street? Count me in.

Ah – should explain this is still going to be a rare machine. GTO is only planning to build about ten. You will need, in addition to your donor chassis, the small matter of £750,000 depending on which engine tune or gearbox or suspension you’d like.

But look at it this way: there were only ever 56 original Cali Spyders, and if you fancy one (same here) they go for nine-figure sums at auction. So this, in a new and exciting warping for the term ‘consumer advice’ is a bit of a bargain. Especially when you tuck into all the little touches GTO has made to make this thing drive not just ‘as well as’ the OG Cali. It’s actually better.

Don’t tell me, it’s actually an 812 Superfast underneath?

Ugh, how vulgar. No. It’s still a steel chassis, but one that’s been beefed up with some extra sill-strengthening sections to quell the old-timer’s considerable flobberiness: the technical term for a classic California Spyder offering the structural rigidity of a triple-dunked chocolate digestive.

And yet, because the alterations are subtle, this hasn’t become a beefy, overwrought heavyweight threatening to bend the wire spoked of its intricate wheels. It weighs in the region of 1,100kg, somewhere between a modern Mazda MX-5 and an Alpine A110.

Engine-wise, there’s actually a family from which to choose. Just as per GTO’s spectacular 250 SWB, buyers are invited to select their engine depending on how they’re planning to use the car. Of course, only Colombo V12s are allowed, naturally aspirated and based around fastidiously machined blocks.

But, by choosing to up capacity or change the cams, you may make do with a modest 280bhp road spec or go for a nigh-on 400bhp race engine. This particular car is set up to showcase the 250 Cali Spyder as the fast road car it always longed to be, so we’ve got 3.5 litres and well over 300bhp to play with, allied to a five-speed manual gearbox.

Rather telling, isn’t it, that GTO’s team selected this powertrain from the menu to build their demo car. When you’re in a fancy restaurant, always pay attention to the chef’s recommendation…

What else may I dabble in?

Everything. Paint, trim, upholstery. This is your only chance to spec a brand-new Cali Spyder without inventing a time machine, popping back 60 years, kidnapping James Coburn and pinching his build slot.

Incidentally this very car is inspired by the ex-Coburn car which sold at auction in 2008 for £5m to a bloke called ‘Chris Evans’. The UK radio DJ one, not the Captain America one.

Some may scoff at the idea of trying to make an old Ferrari behave with more handling prowess than Enzo and co. could’ve summoned in period. Some will decry the idea of ‘new’ replicas sullying the bloodline of the aristocratic originals. And some will fail to understand why you’d spend the thick end of a million quid on a car which is only about as quick down a challenging road as a Honda Civic Type R.

But some people will ‘get’ the GTO Cali Revival. And they’re in for a bit of a treat. Hopefully you're one of them.

This achingly cool machine is something worlds apart from a modern Ferrari – it feels like it’s come from not just a different era, but a different marque altogether. It cares not for performance metrics – it’s simply about feeling like the most stylish, sexy, downright cool individual in your immediate postcode. And that's unlikely ever to go out of fashion, or be superseded.