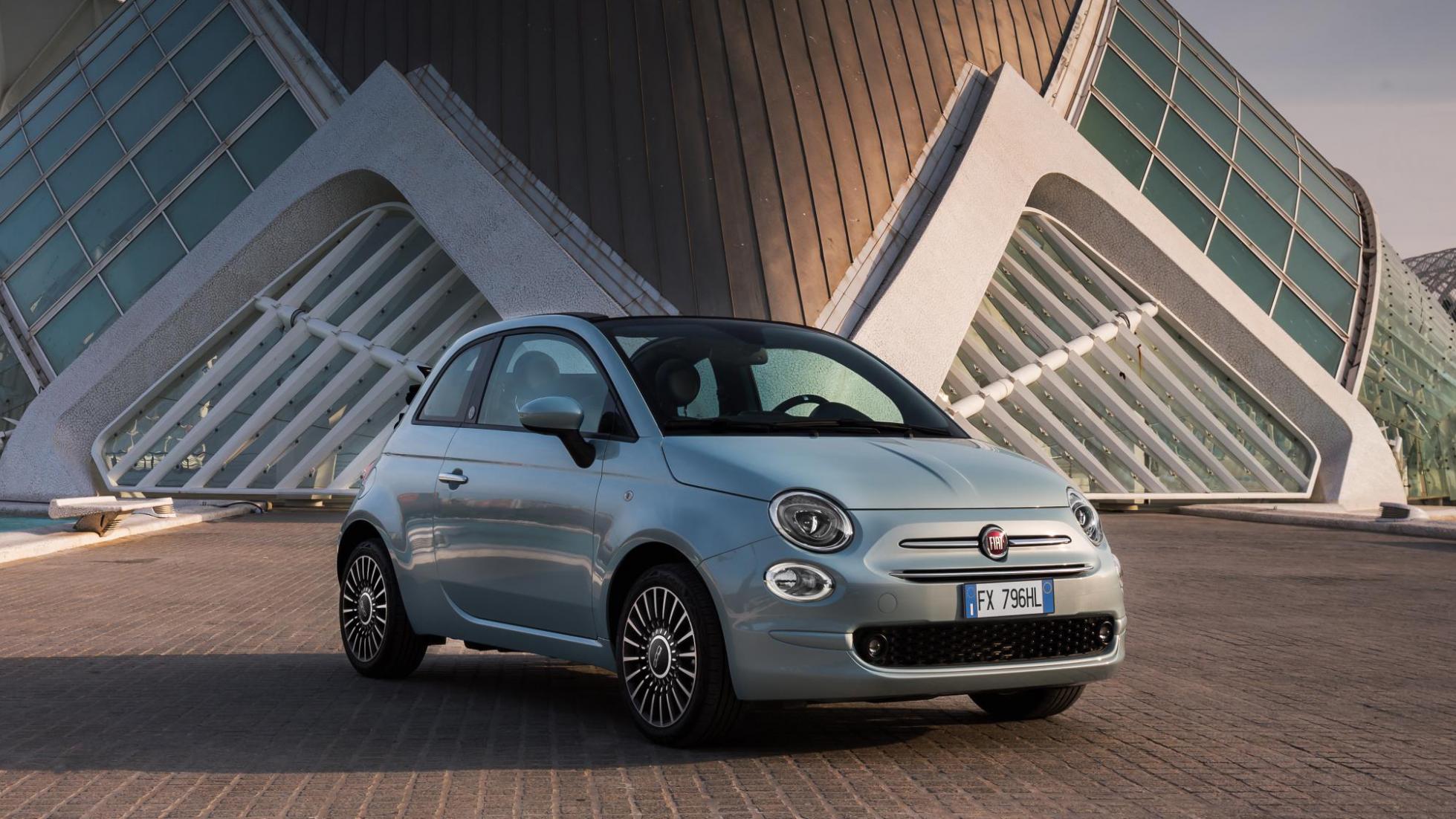 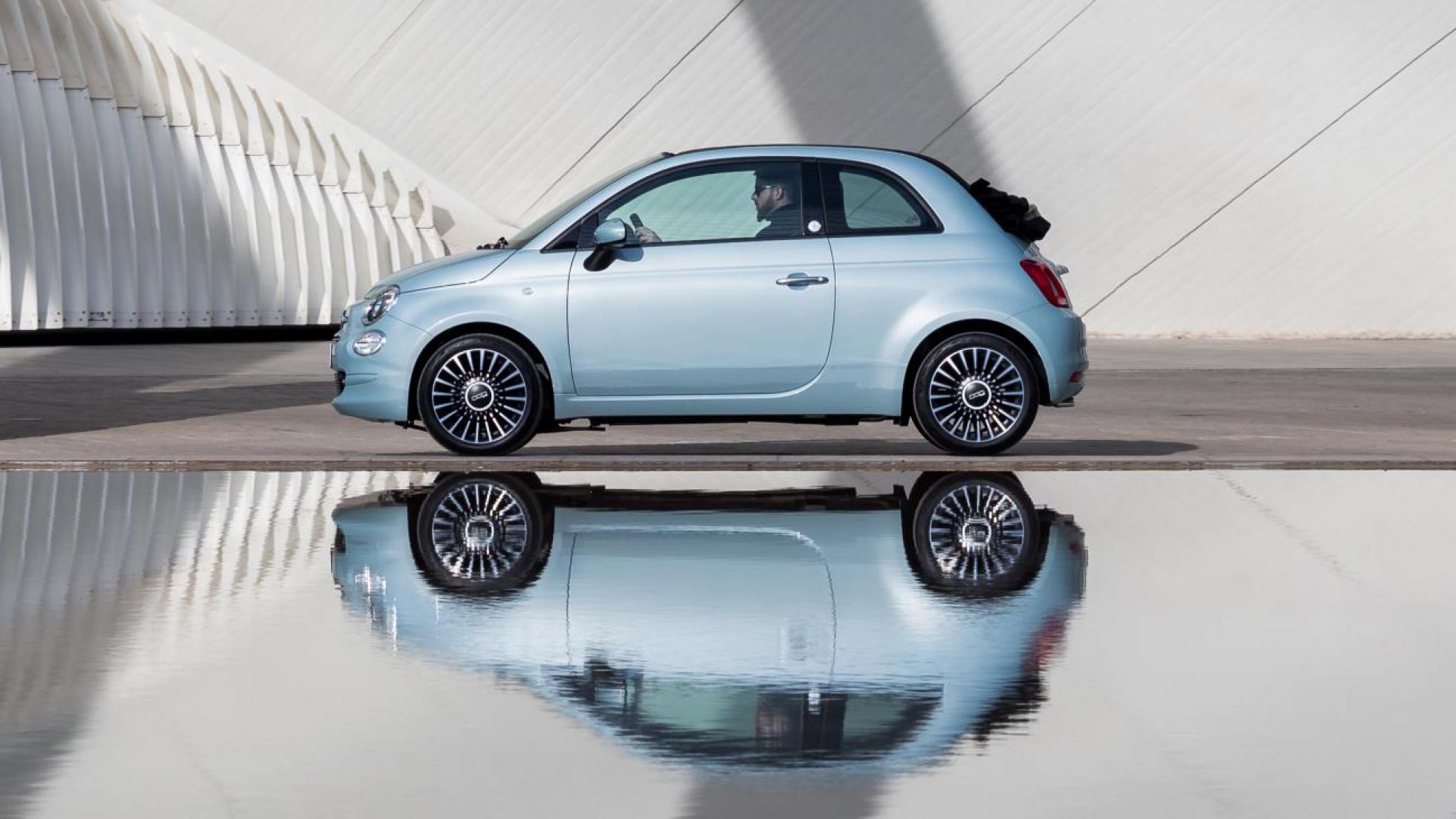 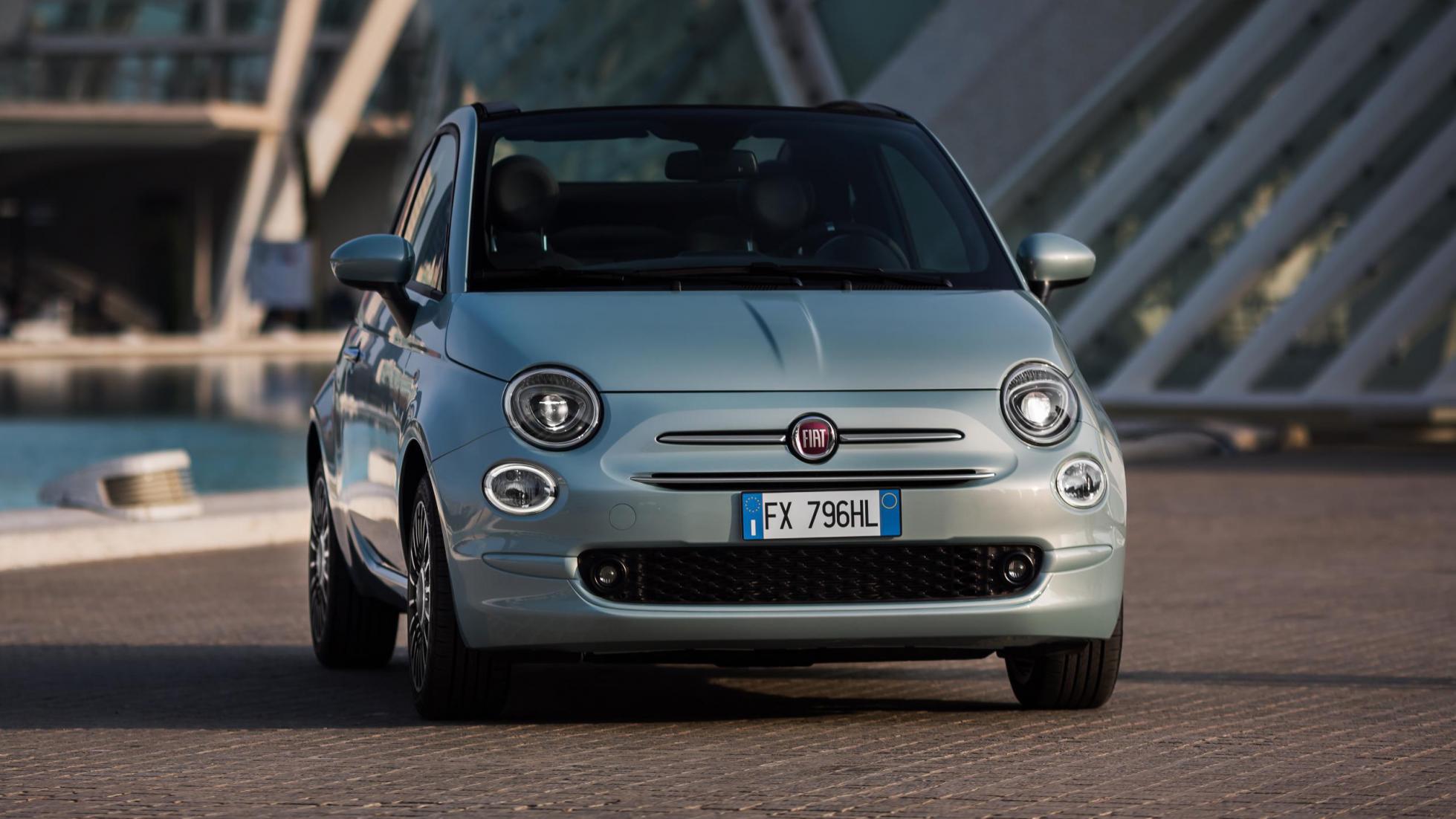 I’m afraid the latest Fiat 500 is nothing like as ambitious, or exciting. It’s barely even a hybrid, despite the unsubtle new badges and fresh ‘look we’re charging the battery now everyone’ graphics on the instrument display.

The Fiat 500 Hybrid is the mildest of mild hybrids. It’s a chicken korma. It’s certificate ‘U’.

You can’t plug it into the wall and charge it up. It will run for precisely zero miles on electric power. What Fiat’s done is actually closer to the ‘hybrid’ system in the Suzuki Ignis.

Under the passenger seat, there’s a 12-volt battery, which is charged up when you decelerate by means of a belt starter-generator. The engine’s crankshaft is then assisted by this belt drive when you want to set off.

The upshot is that energy otherwise lost as brake dust is stored on-board, and assists the naturally aspirated three-cylinder engine when you want to accelerate with haste.

Check, check, checkity-check. But it unarguably lacks ambition. Fiat claims the system adds precisely one more brake horsepower to the car’s outputs than the elderly 1.2-litre it ostensibly replaces – it delivers 69bhp and 68lb ft. So there’s no electro-surge when you set off. The thrummy engine’s perky enough, but this is not a notably nippy car.

Then there’s the compromises it asks of your driving style. To get the ultimate efficiency, Fiat wants you to coast – in neutral – when it tells you to.

At 18mph or less, look for the ‘N’ prompt on the screen, then shift into neutral. It’s rather unintuitive, but sure enough, the engine shuts off and the car coasts far more serenely than it would if engine braking was slowing it down.

That’s fine, if you’re coming to a dead stop. But if the lights suddenly go green, you then have to slot first or second gear while rolling. And the engine braking jerks the car, while your passengers and fellow motorists smirk at your inability to drive properly.

To smooth this, you’ll blip the throttle, because racecar, negating any eco-benefit from having shifted to neutral. Most likely, you won’t bother.

Is it not very frugal?

Fiat claims a 19 per cent reduction in CO2 emissions versus a Fiat 500 1.2-litre (which is a seriously dated engine anyway), taking tailpipe greenhouse gas output down to 89g/km. That’s laudable – though it’ll increase when it’s tested on new WLTP rules.

Claimed economy, meanwhile, stands at 53mpg. Now, this is very obviously a town car, so Fiat launched it in a town. And after a morning spent ducking, dipping, diving and dodging though the automotive mayhem that is Bologna, the car claimed 41mpg. So in real money, we’re talking mid-to-high 30s to the gallon. Maybe a real-world 40, if you’re careful. And coast downhill a lot.

Here’s the rub. The 500 Hybrid is not notably more economical than a Ford Fiesta EcoBoost in the same conditions. Or a VW Up. Or, for that matter, the old 500 TwinAir two-cylinder, which never got close to the ridiculously optimistic claimed economy, but was at least fun to rag.

This new powertrain’s fine, but given how heavily Fiat is pushing the “Look Greta, it’s a HYBRID!” angle, the car’s actual performance is underwhelming. The meagre hybridification seems cynical.

Probably not. Last year FCA agreed to pay Tesla €1.8billion in carbon credits, to pool its range of cars emissions in with Tesla, which obviously has zero local emissions from its range of EVs. Nice little earner for Elon there. Meanwhile, Fiat-Chrysler avoided big fines in the US and Europe.

Do the costs add up?

Your mileage may vary. The 500 Hybrid costs, appropriately, £500 more than a regular 500. Fiat says that, in the UK, the car will save owners £350 per year, what with the low-CO2 tax breaks and using less fuel. Of course, that depends on whether you can match Fiat’s official mpg. If you can’t, the 500 Hybrid might well not have paid for itself by the time your finance deal is up.

Not everyone is ready for a proper EV or plug-in hybrid, though.

Absolutely right. And the 500 Hybrid is indeed good value, usefully clean and perpetually desirable. The driving position’s still a joke, the cabin plastics feel tinnier with every passing year, and the retro schtick has to count for a lot when there’s less space in the back than a VW Up, a sloppy manual gearbox and no modern driver assistance features.

It’s cootchie-coo loveable, though, so this ultra-diluted mild hybrid update will do the job for the rest of its life. That won’t be long.  There’s a new, all-electric 500 coming later this year, and this elderly version will be sold alongside it for a little while to ease the transition.