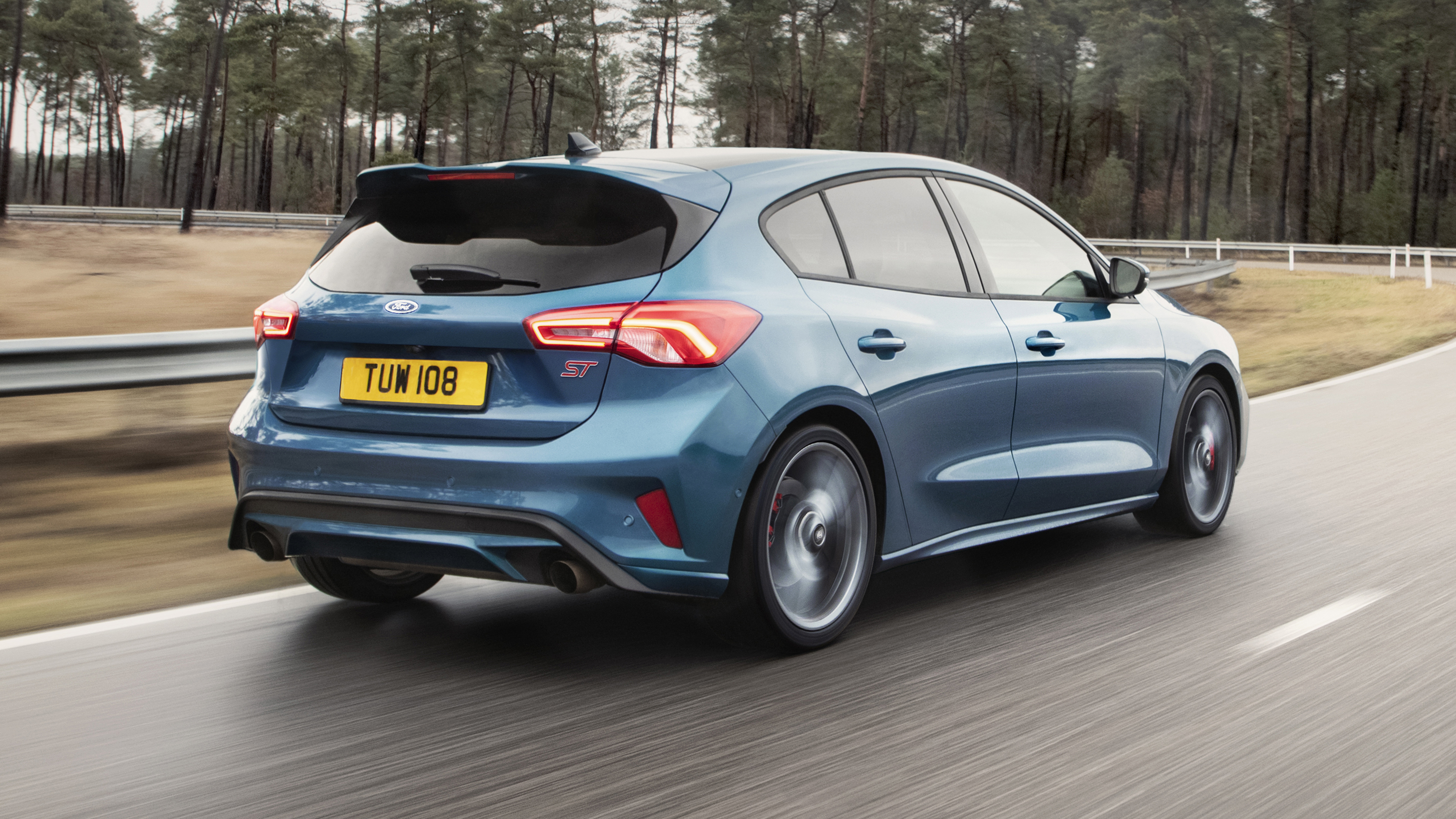 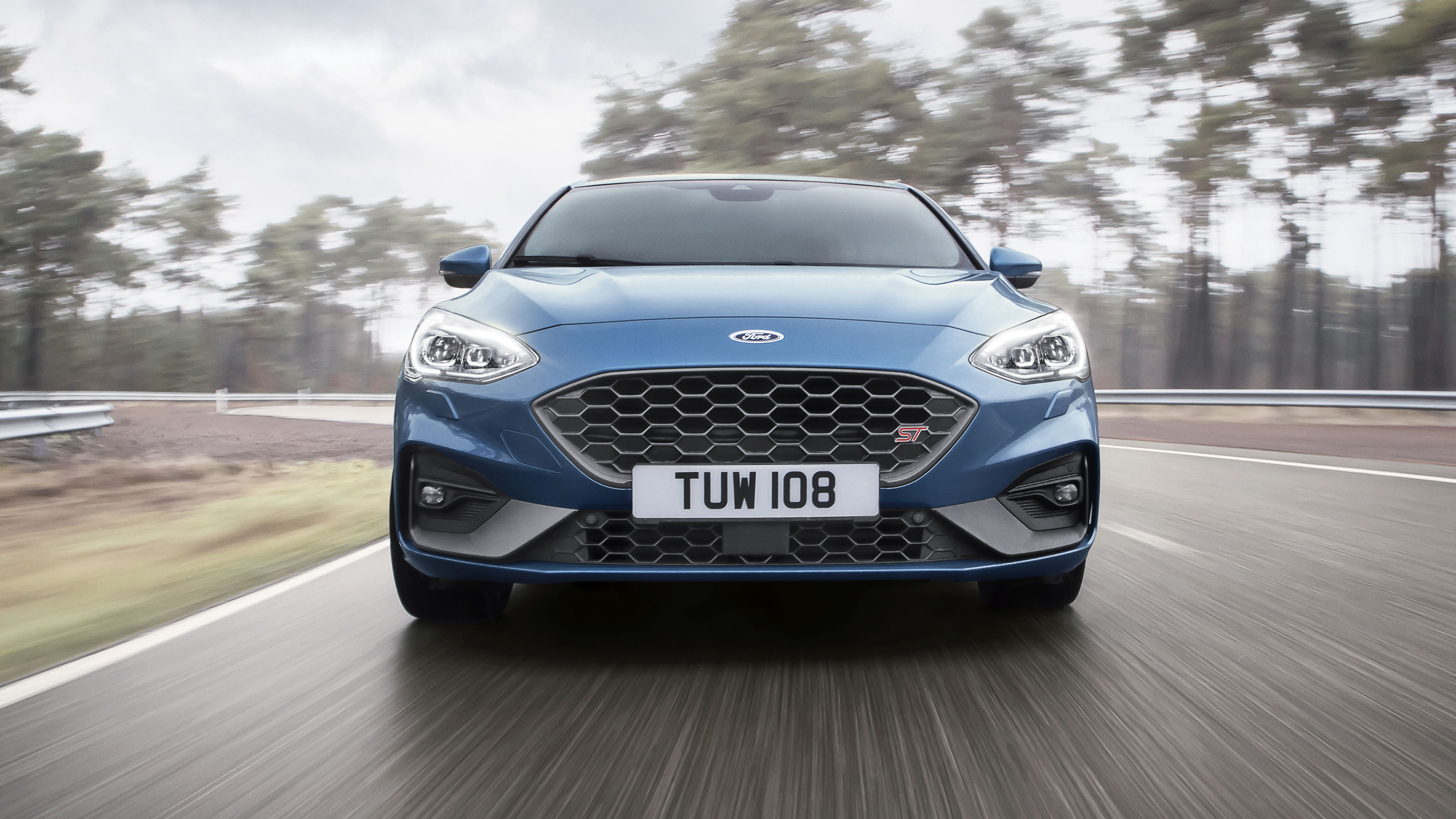 Quite possibly one of Britain’s rarest cars. It is a Ford Focus ST – a competent, engaging and TG Award-winning hot hatch – equipped with a seven-speed automatic gearbox.

The ST accounts for eight per cent of overall Focus sales, and within that, just 25 per cent will be an auto like this. So it’ll be much rarer than a DSG-equipped Golf GTI, for example. Experience – via a fair few ‘holy crap that’s quick’ moments – has taught us that hot hatches equipped with automatic gearboxes can be handy bits of kit.

Is this Ford Focus ST Auto a handy bit of kit?

Allow us to wend back to this assessment by taking the scenic route. Ford’s seven-speeder isn’t a fancy dual-clutch setup like in those UberHatches, but instead a simple torque converter. No problem. Sometimes simple is good.

The setup is simple too. A rotary selector sits in place of the manual, obviously, and you can cycle through a very reasonable amount of Modes (four) just like in the manual.

Outside of the new gearbox offering, the ST remains a compelling recipe: a 2.3-litre EcoBoost all-aluminium four-cylinder engine, delivering 276bhp and 310lb ft of torque to the front wheels.

And out in the real world, it’s decently rapid, too. Ford quotes this Auto ST’s top speed as 155mph – same as the manual – while it’ll do 0-62mph in six seconds flat.

During our long-term test of the manual Focus ST, we concluded that it’s an incredibly easy hot hatch to live with. Rivals focus on the more extreme edges of the hot hatch circle, but the ST is just so complete. It stands to reason then, that a seven-speed auto should make it a very laid-back experience. For when you want a few ‘watch this’ moments, but you’re not really that bothered.

Shifts are smooth enough when it’s doing its own thing and loping along, and though downshifts in the manual mode (via a pair of paddles behind the wheel) are a tad lazier, upshifts are... just OK.

So I should buy one then?

Please tell me why not.

It’s three tenths slower to 62mph than the six-speed manual car, which does the benchmark sprint in 5.7secs. It’s also £1,450 more expensive, so you’re actively paying to go slower in a car designed to, well, go quite fast.

And when the manual gearbox in a Focus ST is a joy to use, again, you’re actively paying for a sub-optimal hot hatch experience. The gearbox isn't transcendentally good, nor quick enough to warrant its place on board.

When the rest of the experience is so engaging - sweet steering, an agile chassis underneath you, a fine engine – and the ownership proposition so complete, why mar that by allowing an interloper on board whose only role is to lessen your enjoyment?

Save your money, stop being so lazy, and just get a manual.