£22,395 when new
Read why you can trust our independent reviews
Paul Horrell
Published: 07 Oct 2014
comments
Skip 13 photos in the image carousel and continue reading 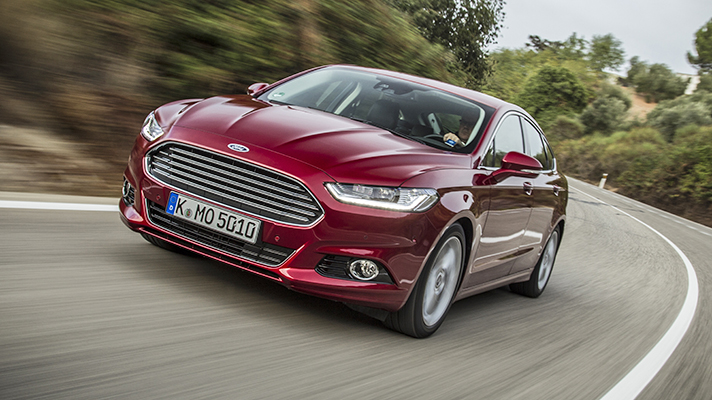 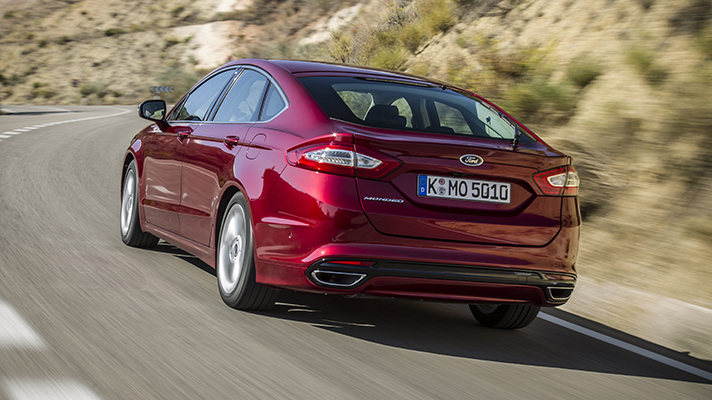 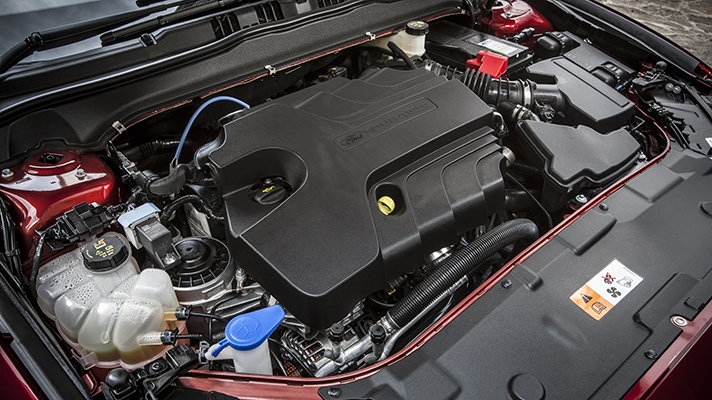 A new Mondeo eh? There's a car that had slipped off the radar.

Indeed. It was first unveiled in Detroit as the Fusion in January 2012, as one of Ford's new generation of cars to sell all around the world. It went on sale over there later that year. Not for us. It was never planned to be sold here immediately, because the outgoing Mondeo was only five years old at the time.

But then it hit a bigger road block. Car sales in Europe were struck down by the recession and Ford found itself with too many factories. It closed the one in Belgium where the Mondeo was made, and moved it to its plant in Spain. That took time. It will be January 2015, a full three years after the initial unveil, before the thing goes fully on sale here.

Obvious question, but worth the wait?

Well, it doesn't look out of date, and it's certainly not behind on technology.

Not that fashionably. However good it might be, the party has moved elsewhere. Big saloons like this used to sell in huge numbers, but more and more people are either going for crossovers or slightly smaller premium stuff such as the BMW 3-Series and Audi A4. To fight back, Ford will add its own biggish crossover to sit above the Kuga. It's called the Edge, coming next year.

Enough crossovers. Tell us about the Mondeo already.

Sorry. That big chrome grille and slim headlights give a new and sleek face, and the roof line takes a long fast swoop down to the tail. Strong creases down the bonnet and flanks emphasise that the bodywork is all new. Though it's a world car and the mechanical development was done in the US, the design originated from the European team. In Britain it comes as a hatchback or an estate. From the back the estate's looks haven't changed a lot. Oh well, it was never an eyesore. Oh, there's also a four-door saloon, but only available in the UK with the hybrid powertrain.

It's the same wheelbase as the old one, so cabin dimensions haven't changed much. The shell is strengthened yet lightened, but overall weight stays roughly the same after you've added the new equipment. The suspension is all new, with a more sophisticated multi-link system at the rear replacing the old control-blade setup. There are lots of expensive aluminium castings in the suspension too, showing Ford still takes dynamics seriously.

Right, a fair number of changes. Does it feel different?

To begin with it feels like a big, soft barge. In a good way. The suspension wafts you along, swallowing bumps for a pastime, with less tyre noise or audible bump-thump than the sportier opposition Germans. In line with its role as an outside-lane warrior, it sits solid as you like between the white lines in class-leading silence.

But beyond the initial softness, you soon feel how Ford has done its stuff come the corners. It peels into bends with tasty confidence, gamely fighting off the understeer. Despite the isolating straight-line comfort, messages do get through: you know when the grip's running out. By that point the ESP lets you trim the line on the accelerator too. But it's not taut and agile like a Focus: it does float a bit on the standard springs and dampers. There's an optional set of adaptive dampers available on the continent that keep things under better control, but we're deemed unworthy - they're absent from the UK price list. Without them, sadly, the Mondeo has lost the keen driving edge it once held.

They've all had a workover. The basic petrol is a new 1.5-litre turbo making 160bhp. It's just about enough, working stoutly through the mid-ranges and spinning smoothy to 6500rpm, which is just as well as you're using second and third pretty often if you want to overtake uphill.

The 2.0-litre diesel, in 150 and 180bhp outputs, will probably be the mainstays of the range. I tried the 180, and it's terrifically refined, right up there with the best new rival engines like Volvo's and BMW's.

The other one I drove was the hybrid. It's a 2.0 naturally aspirated engine with a split-power two-motor CVT, similar in principle to the Toyota system. Total output is 187bhp. It's got the usual outboard-motor CVT effect, humming along nicely at light load but then making a right howl when you floor it. But if you're super-gentle you can spend surprising intervals in electric-only drive. So it'll be exceptionally civilised when you're confined to the city and suburbs, and the 99g/km CO2 emissions rating is attractive for tax. But in the countryside it's no match if you want to exploit the fine chassis.

There's also a 115bhp 1.6 diesel for sub-100g/km, and a 240bhp version of the Focus ST's 2.0 petrol turbo if you're in a hurry. In a few months the Mondeo will get Ford's mega-selling three-cylinder 1.0 Ecoboost at one end of the range and a twin-turbo 210bhp diesel at the other.

A four-wheel drive option is primed for next year, too. It would make a pretty swift winter car with the twin-turbo diesel.

Biggish, and comfy. From the mid-range Titanium upward, the instruments are TFT virtual. And all models get a big dash touchscreen, with great phone and music connectivity, so adding a navigation upgrade is cheap. Unfortunately the screen angle is way off the vertical so it reflects in sunshine. The seat cushion is a bit soft and flat - betraying its American heritage - but overall the chair is supportive enough. There are places where the cabin plastics aren't VW quality, keen prices compensate. The fundamental engineering and refinement of the Mondeo feel properly expensive, and that matters a whole lot more than a few scratchy bits of centre console.

You mentioned technology. Is that up to date?

There's an optional safety package with active cruise control and autonomous braking that can detect not just vehicles but pedestrians. Those interior TFT screens make it feel modern inside, and outside you can have full LED adaptive headlights with sweeping sequential indicators. Inflatable rear seatbelts are a new safety option worth having if you keep loved ones in the back; they should help avoid them cracking their ribs on the belt in a big shunt.

But I'd still rather have a BMW.

Understandable, especially if you want a firmer chassis and badge appeal. But the Ford lets you trouser a major price difference. You can get a nicely equipped, nicely engined Mondeo for around £25,000. The petrol Zetec is just £21,045. And options aren't steep - 19-inch wheels £500, navigation £300, the radar cruise and auto-braking pack £900. It's a big saving over what the German three or Volvo demand.