£41,275 when new
Read why you can trust our independent reviews 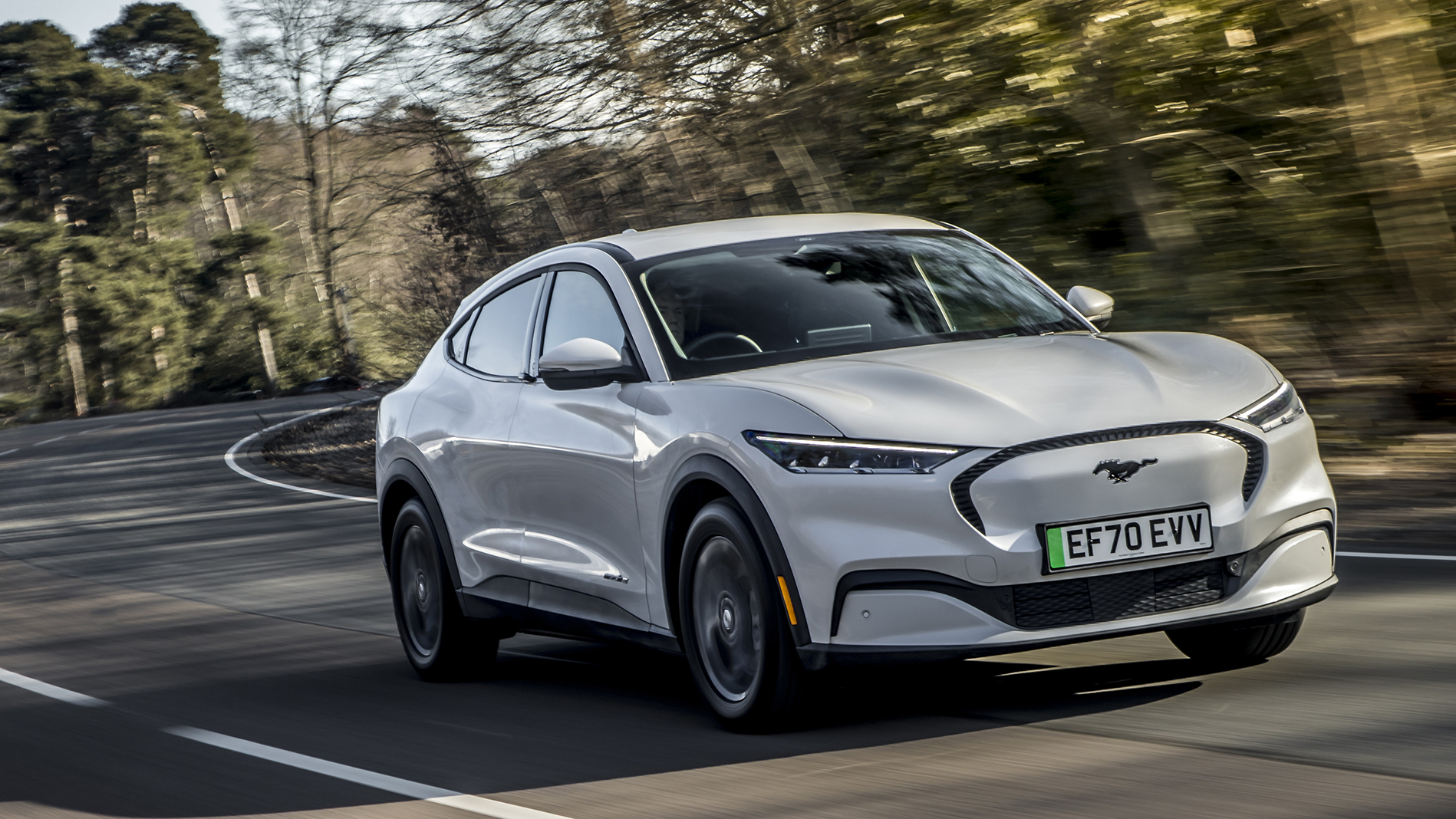 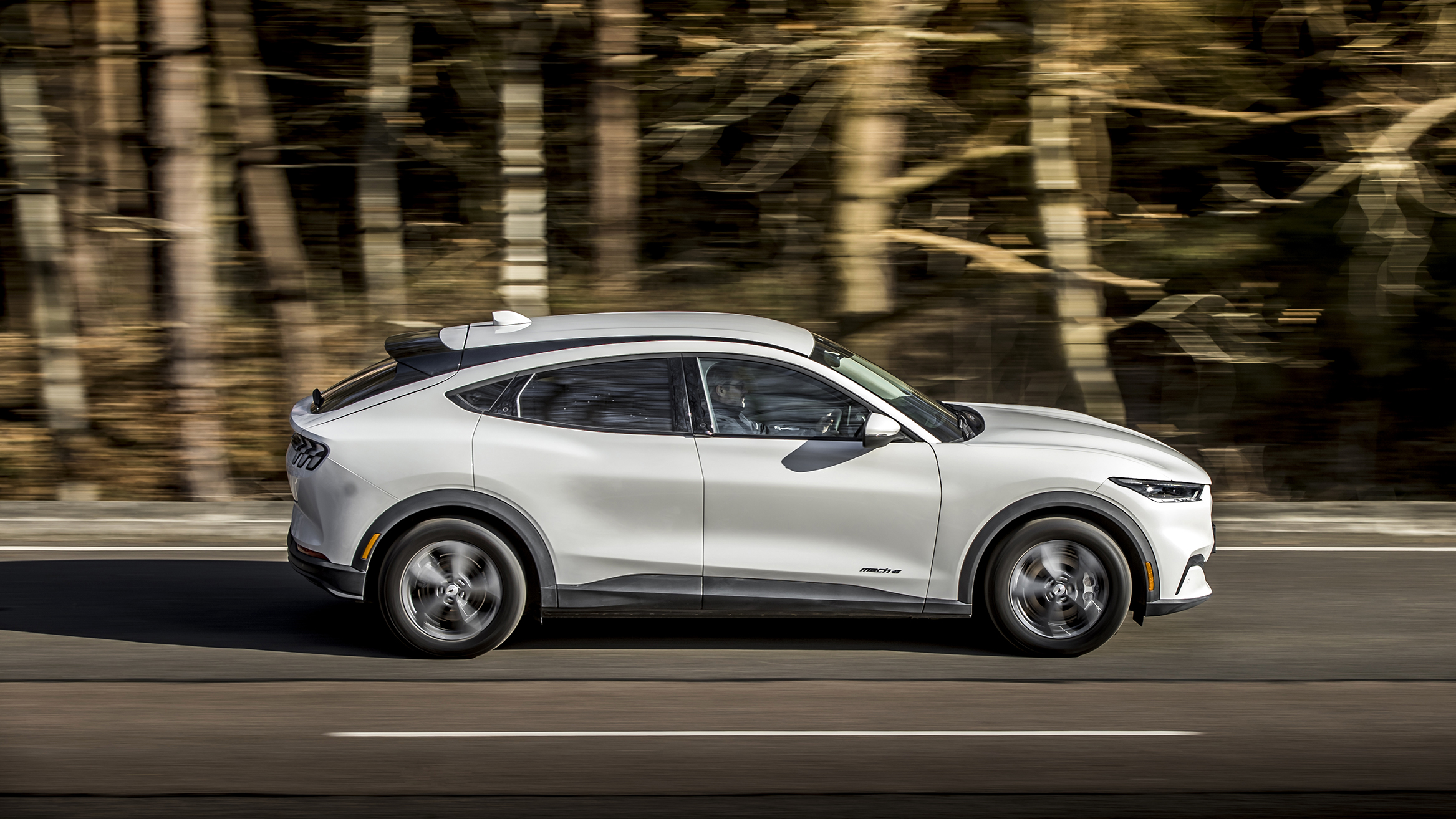 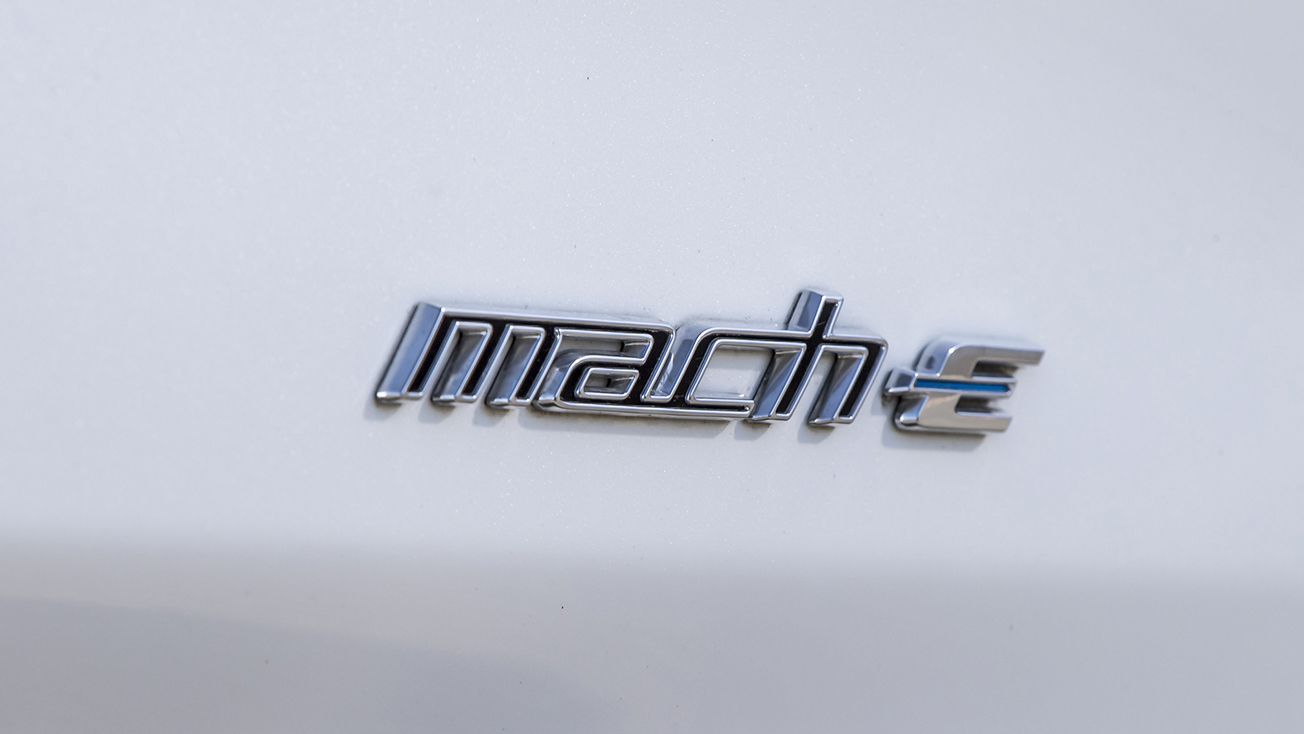 If Ford’s going all electric this decade, the new Mustang Mach-E needs to be good…

Indeed, but we’ve already tasted several flavours of Mach-E and liked them. They, however, were all-wheel drive versions of the electric Mustang-ish crossover, with dual motors and prices in excess of £40,000.

This is the base-spec car. £37,350 after the UK government grant. ‘Standard Range’ battery, and only one motor to drive the rear axle alone. Normally we’re not bothered about base-spec cars at Top Gear, unless it’s something hilariously cheap like a Dacia Sandero. Usually we can all agree the sweet spot is in the middle of the brochure somewhere.

But that’s not necessarily the case with electric cars, is it?

Exactly. We’ve spotted a growing theme with the new wave of EVs. It began with Tesla – every time they added an even more head-bangingly speedy cherry on top of the icing, we found ourselves preferring the cheaper, plenty quick-enough version once the “watch THIS” novelty wore off.

I’d have a Tesla Model 3 Long Range over a Performance, for instance. VW’s ID3 makes most sense in its lowlier specifications too.

Even Porsche’s Taycan isn’t immune. The mind-melting Turbo S will rearrange your face faster than Pablo Picasso building Mr Potato Head. It seems to accelerate faster than the electricity that powers it. Incredible piece of kit.

But – you knew that word was coming – the rear-drive version steers and handles just as well, looks and smells identically expensive inside, and costs literally half as much. With EVs, it seems less = more.

Particularly because the slower ones don’t dent your precious range as rapidly.

How far does Ford say this Mach-E goes on a single charge?

The Mach-E Standard Range has a 77kWh battery, so the good news begins with a 120kg weight saving versus the 96kWh Extended Range version.

With rear-wheel drive as you see it here, it’s £6,000 cheaper than the Standard Range AWD. ‘Strike two’, as they say in American cricket.

So, to answer your question: with only one motor to juice, Ford’s official test estimates 273 miles between charges, versus 248 miles for the 4x4 version.

And how far does it actually go with a human driving?

The display said 215 miles. We reckon you’re safe in betting on 205 miles. As per all AWD Mach-Es we’ve tested so far, battery consumption levelled off at a respectable 3.0 miles per kWh. If you could theoretically use all 76kWhs and keep rolling until it went flat, you’d go 228 miles in total.

How quickly can I charge it back up?

Very. Even this entry-level Mach-E supports 115kW charging. Find a grown-up charging station with 150kW output – bally for me, a couple have been installed 20 minutes up the road – and it’ll replenish up to 80 per cent in around half an hour. That’s not the press bumf talking, I went and did it.

This is the first Mach-E I’ve driven, and the first impressions are… odd. This is very much an American Ford, not a European one. It feels enormous. It attracts more points and glances than any Blue Oval since the Mk1 Focus. The seats look like 1990s office furniture, and the texture isn't far off either.

Obviously that ginormous 15.5-inch portrait touchscreen is the cabin’s main attraction, but this car’s example rendered menus a little creakily, and the phone pairing was a tad haphazard.

Once it’s all hooked up, the interface is enormously impressive and seems to have been designed by someone who realises these in-car multiplexes need to be useable, when, y’know, driving.

The tiles and ‘buttons’ are large and easy enough to hit first time. The screen is much less of a stretch to reach than, say, the latest Golf’s display. Pity Ford cheaped out on that shiny volume control. Like the rotary drive selector, it looks like tactile metal but is in fact tinny chromed plastic.

Setting off, the first thing that’s quite un-Fordy is the busy low-speed ride. Even on the smallest wheels speccable – 18-inchers, wearing a huge donut tyre sidewall – the ride’s lumpy and unsettled. This, plus the sheer girth makes the Mach-E feel more cumbersome in town than we’re used to in a Ford – even a big’un. It’s more Edge than Kuga, know what I mean?

Happily, things quickly improve. The ride finds complianxe with speed, and with 254bhp and 317lb ft a mere toe-flex away, it’s swift in the usual seamless EV way. Initial getaway is relaxed until the car’s sure it’s going to find traction, but the useful 30-70mph sprint is rapid, gliding effortlessly away from your old turbodiesel. Ford claims 0-62mph in 6.9 seconds, which isn’t far off a Fiesta ST – in this base-spec, near-2,000kg behemoth.

Again, this is an EV that’s quick enough for any situation, but doesn’t especially encourage you to drive it quickly. Ergo, buy this one. Or better yet, the Extended Range version if you’re really range anxious. It claims 379 miles on a charge. Wonder if that'll seem pathetic, just-right, or hopelessly over-the-top by the time Ford's all-EV masterplan truly kicks in?

If I’m going to nitpick, then I’d centre on the brakes. Oh, they’re more than adequate for the job, but physical pedal response itself isn’t exactly reassuring. ‘Why don’t you just use the re-gen?’ you might ask.

Problem is, instead of a proper button (like the Nissan Leaf and Vauxhall Mokka-e) or Audi e-tron-style steering wheel paddles, Ford only lets you turn up the re-gen by diving headlong into the touchscreen’s depths. Tesla-style, of course. And copying every one of Tesla’s wizard wheezes isn’t necessarily as clever as some people who live in the internet think.

A likeable one, yes. It steers nicely. It even ‘feels’ a bit rear-wheel drive. The button-operated doors make a childish brain like mine think it’s in the future, and the rear-seat space behind them is truly business-class.

There’s a bit of wind noise rustle about the mirrors which is noticeable without a lazy V8 drowning it out, and whooshing along with such a giant contoured bonnet stretching out ahead of you covering nothing apart from a cable-tidy wishing-well is a bit weird. But I still like this Mach-E. I wonder if this one, not the 480bhp Mach-E GT, will end up being our favourite? The times are changing. Never found myself preferring a Mustang EcoBoost to a Shelby...