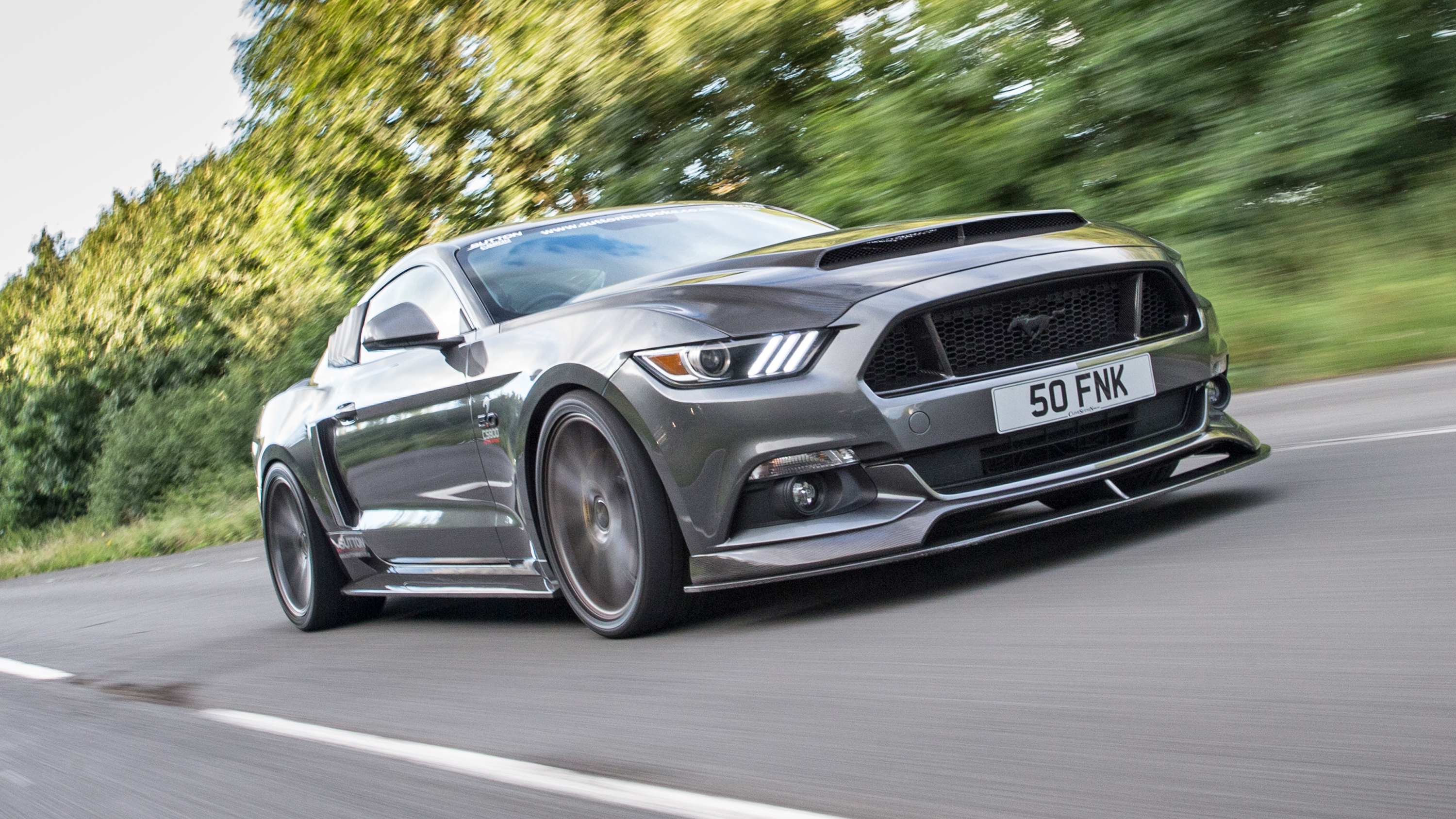 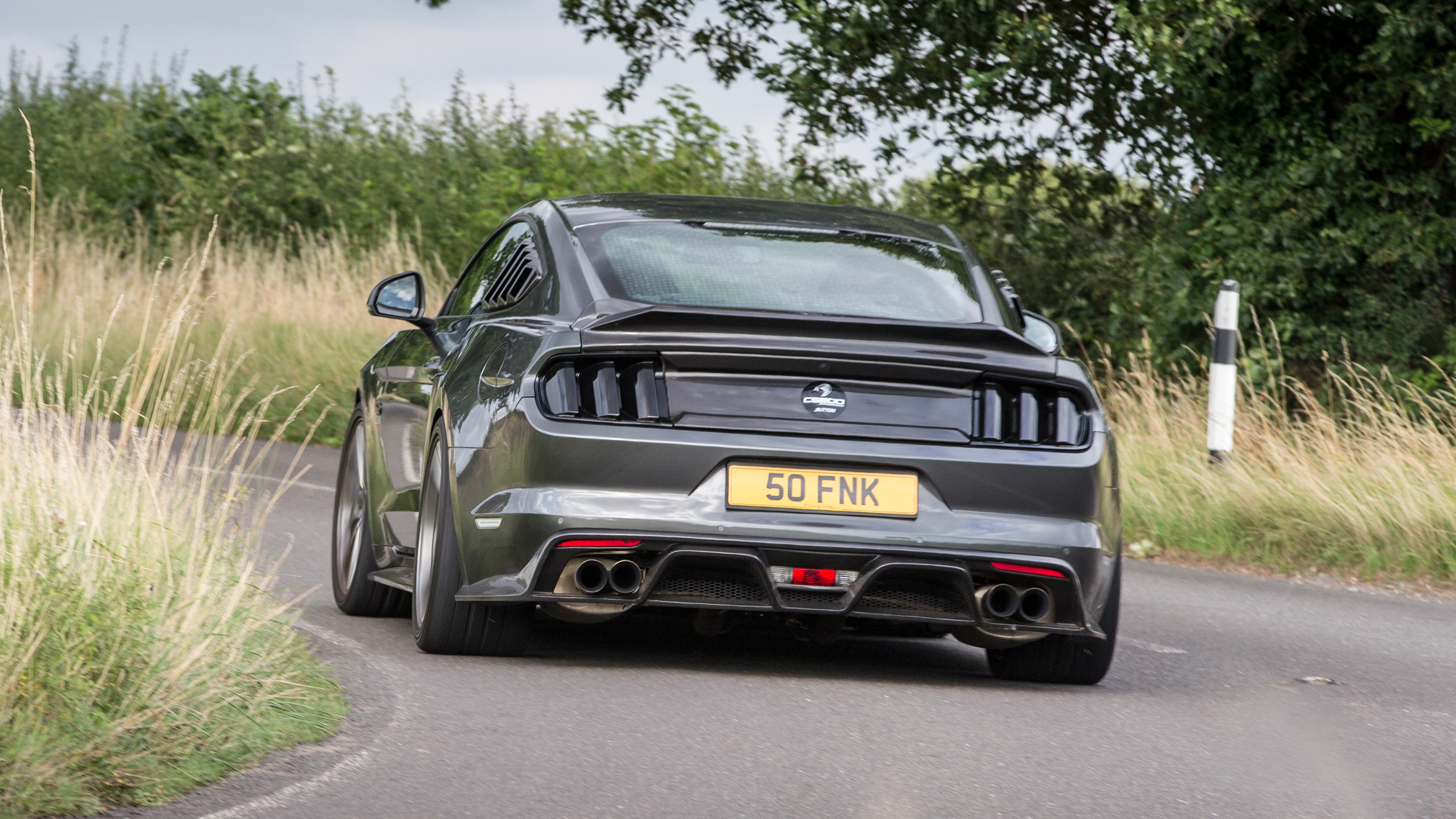 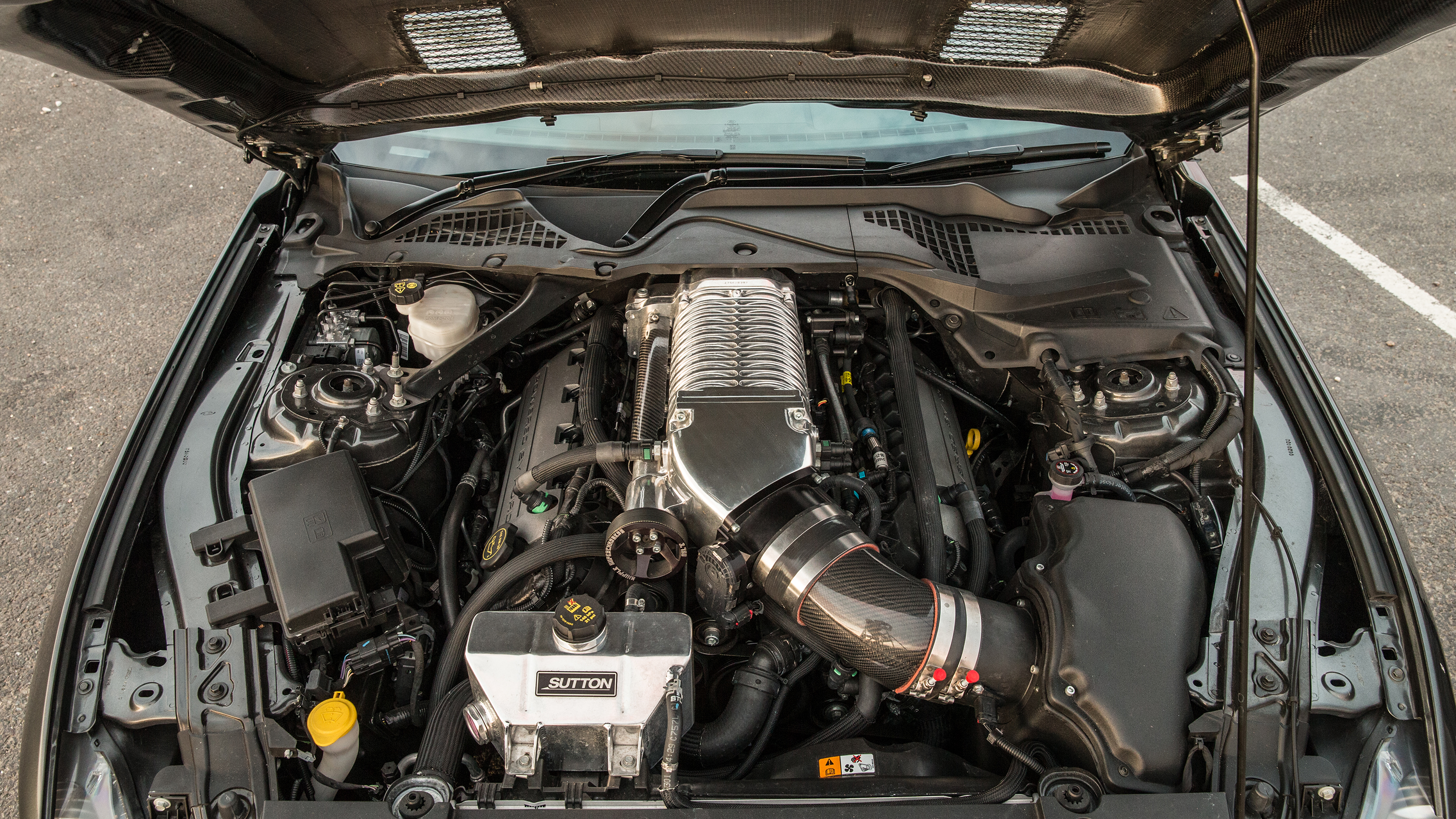 Not quite. This is the Sutton CS800, a Ford Mustang tuned in the UK by luxury car dealer Clive Sutton. So it’s a right-hand drive, Euro-centric Mustang with its modifications applied on British shores.

That should make it far easier to rationalise than a left-hand drive muscle car that’s modified in the States, with no rigmarole to ship this one over, nor any confusing taxes to pay.

Tell me how much power it has.

The name might make you think 800bhp; actually, it has 825bhp. Yikes. That’s basically twice as much as its 5.0-litre V8 makes in standard, fresh-out-the-Ford-showroom form.

Like Sutton’s CS700, the bulk of the extra power comes from the addition of a Whipple supercharger – shipped over from the US – while the full 825bhp is freed via a larger throttle body and higher flow injectors.

Is it cheap, to make up for it?

Depends how carried away you get with the options. A ‘standard’ CS800 gets all the power upgrades, adjustable coilover suspension, some brilliant Ford Racing Recaro sports seats and a boisterous stereo system. It costs £66,942, including the Mustang it’s based upon. Add £3,500 if you want a cabriolet.

The test car you see here would set you back £101,735, the extra cash buying many, many carbon body parts plus a sports exhaust, lightweight wheels, stickier tyres, some Max Power-spec underbody lighting and a whole lot more.

Indeed. We challenge you to find more power-per-pound in a brand-new car (it’s like bang-per-buck, but British). This is insanely good value when you look at the numbers on the spec sheet.

Perhaps less so when you actually experience the performance, though. Either lots of power is lost during its journey from engine to wheels, or these are 825 Shetland ponies rather than thoroughbred horses. The quoted power outdoes a Ferrari 812 Superfast; the real-world performance is more sluggish than a 488 GTB’s.

Well, no. ‘Slower than a 488 GTB’ can still mean blooming fast, and with your foot planted in second or third gear this car feels ferocious, particularly as you head towards 7,000rpm and its redline. Look through the windscreen or savour the noise of its violent sports exhaust and it’s a wild ride, one to have your heart rattling the inside of your ribcage. Glance at the speedometer, though, and the numbers probably aren’t rising with the same intensity.

But perhaps this is something to commend. Here’s a car with 800-odd horsepower that you can work hard in several of its gears without ever troubling laws. Or morals. Apply the same aggression in a McLaren or turbocharged Porsche (with notably less power) and you’ll quickly sail past what’s comfortable on UK roads.

It also means the power is surprisingly manageable. The car finds impressive amounts of traction on a dry road, and will only scrabble for grip when the tyres or tarmac lack temperature. An aftermarket car with this much power has the potential to be an intimidating mess. The CS800 feels the opposite. 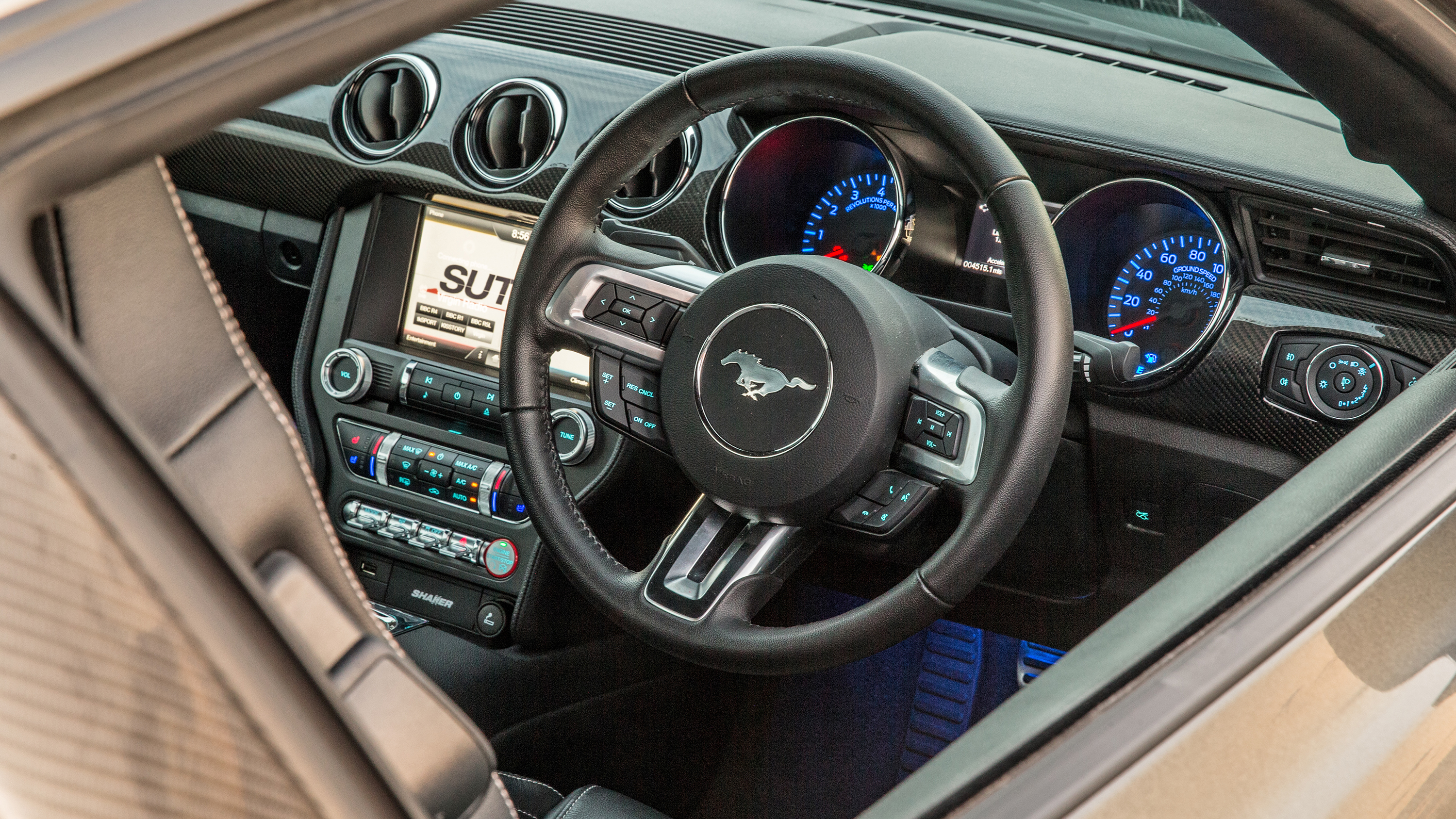 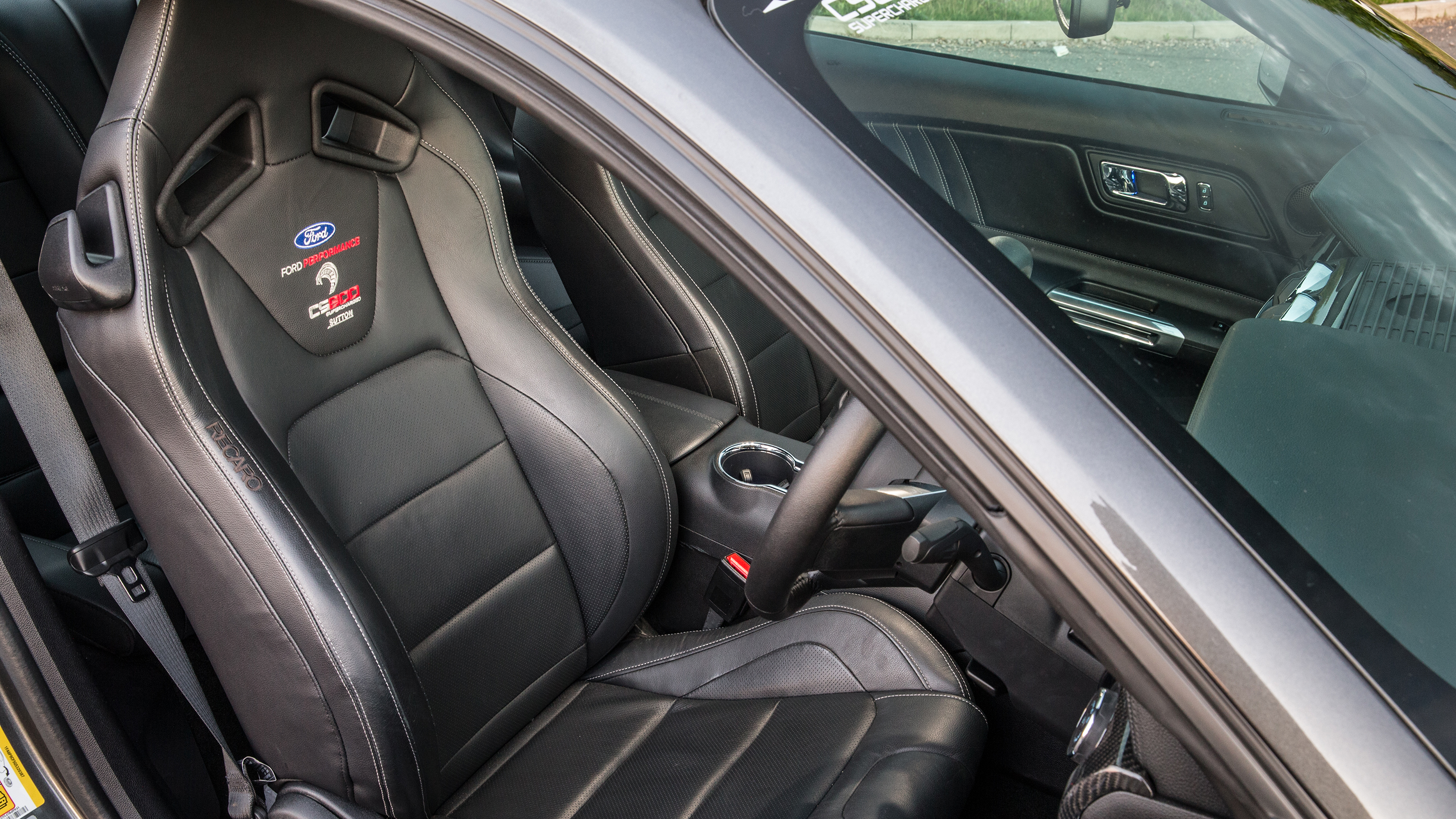 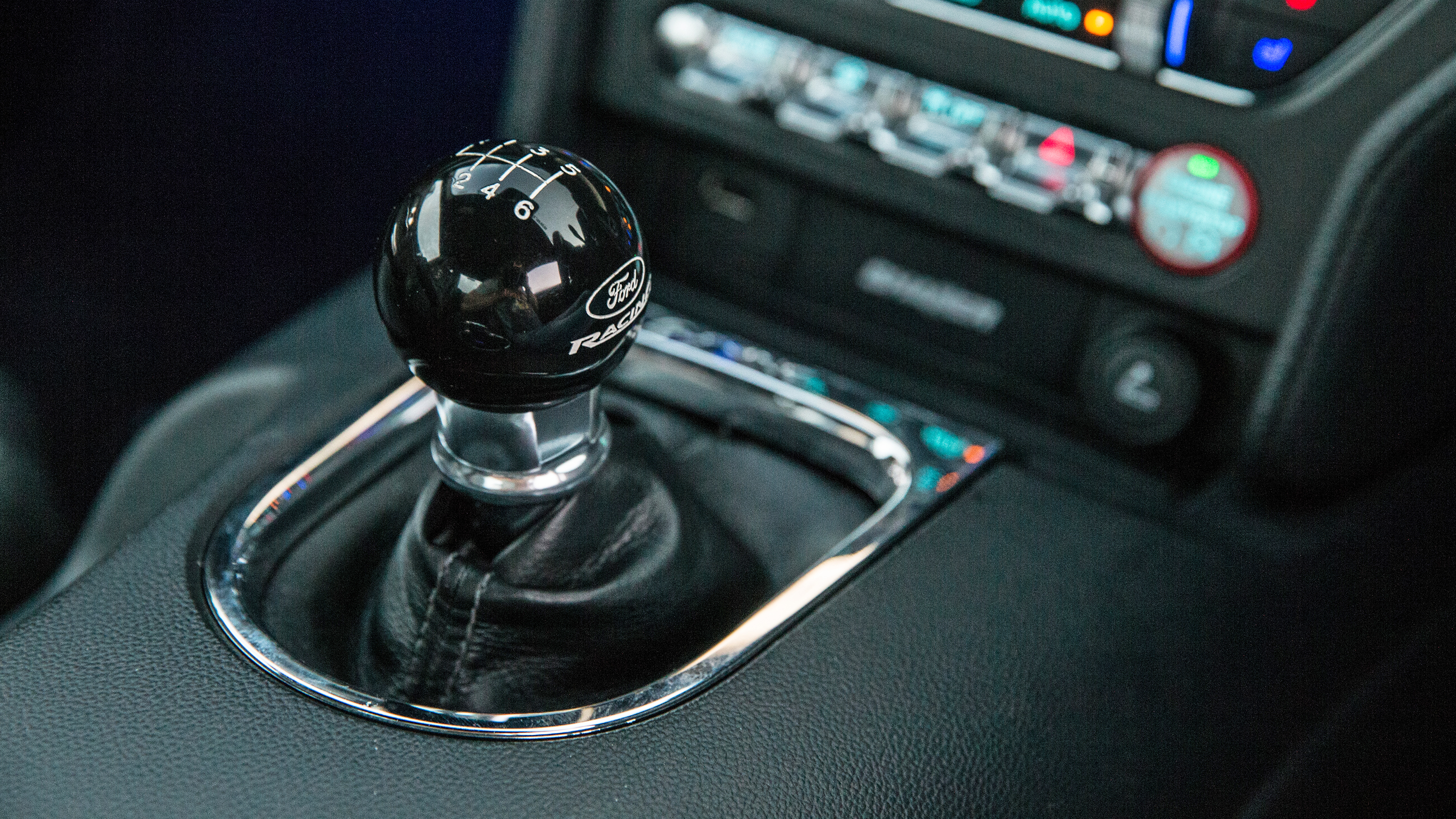 Does it do corners?

It does. KW coilover suspension comes as standard, and is adjustable through 16 levels. With its help, the slightly wallowy responses of a standard ‘Stang – roll in the corners and the boat-like rise of its prow under hard acceleration – have all but disappeared.

The trade-off is super-stiff ride quality, which is particularly noticeable in town or on beaten-up B-roads. As is its immense width, which can really temper your pace on narrower lanes. On faster, smoother roads the CS800 is far friendlier, though it never quite shrugs off its weight.

But I actually quite like its belligerence. This is a muscle car with a socking great supercharger on it; if it cornered like a Cayman and rode like a Rolls-Royce there’d be a sense Sutton had missed the point. As it stands, there’s a real sense of drag-strip refugee about it, only with enough dynamic depth that it won’t scare you silly when you start exploring its performance.

What extras should I tick?

The sports exhaust is plain nuts, and makes a noise you mightn’t believe is legal. Likening the noise of a rip-roaring V8 to a NASCAR is the oldest cliché in the motoring journalism handbook, but it feels legitimate in a car like this. Hook the exhaust up to your phone and you can turn the volume right down, too. The sound is all genuine, you’re simply adjusting the valve inside. You can even set ‘quiet mode’ to activate a specific distance from your home. A £5,820 box you must tick, then.

We’d avoid the optional automatic gearbox (£1,500) and instead add the short-shift kit (£1,067) to the six-speed manual that comes as standard. It improves upon an already satisfying gearshift and makes it super taut; you can slam shifts through like you’re in an unnamed car movie franchise. And the short, stubby pool ball knob is brilliant.

Beyond that, it’s all down to your aesthetic taste, and how much carbon you’re willing to slowly crawl over your local speed bumps. I’d file our test car’s mixture of carbon and coloured LEDs under “a bit embarrassing”, but then I’m not sure I’m the CS800’s target buyer. Mind, a full weekend with the car had me enamoured with the whole thing. I’d just hold fire on all the carbon and focus on the transmission, wheel and tyre upgrades.

You probably know the answer to that yourself. If you’re smitten with the looks and adore the idea of a monstrously powered muscle car, it’s good enough to live up to your desires. If this doesn’t look like your cup of tea, and you’d prefer to spend the same money on a Porsche 911 with half the power, the CS800 won’t do anything to win you round.

It’s rightly proud of what it is – a car that priorities noise and on-paper performance above precision and objective ability. There are muscle cars that do it better – the new Dodge Demon, for example – but if you want something right-hand drive and UK-focused, the CS800 is in a wild and wonderful class of its own.