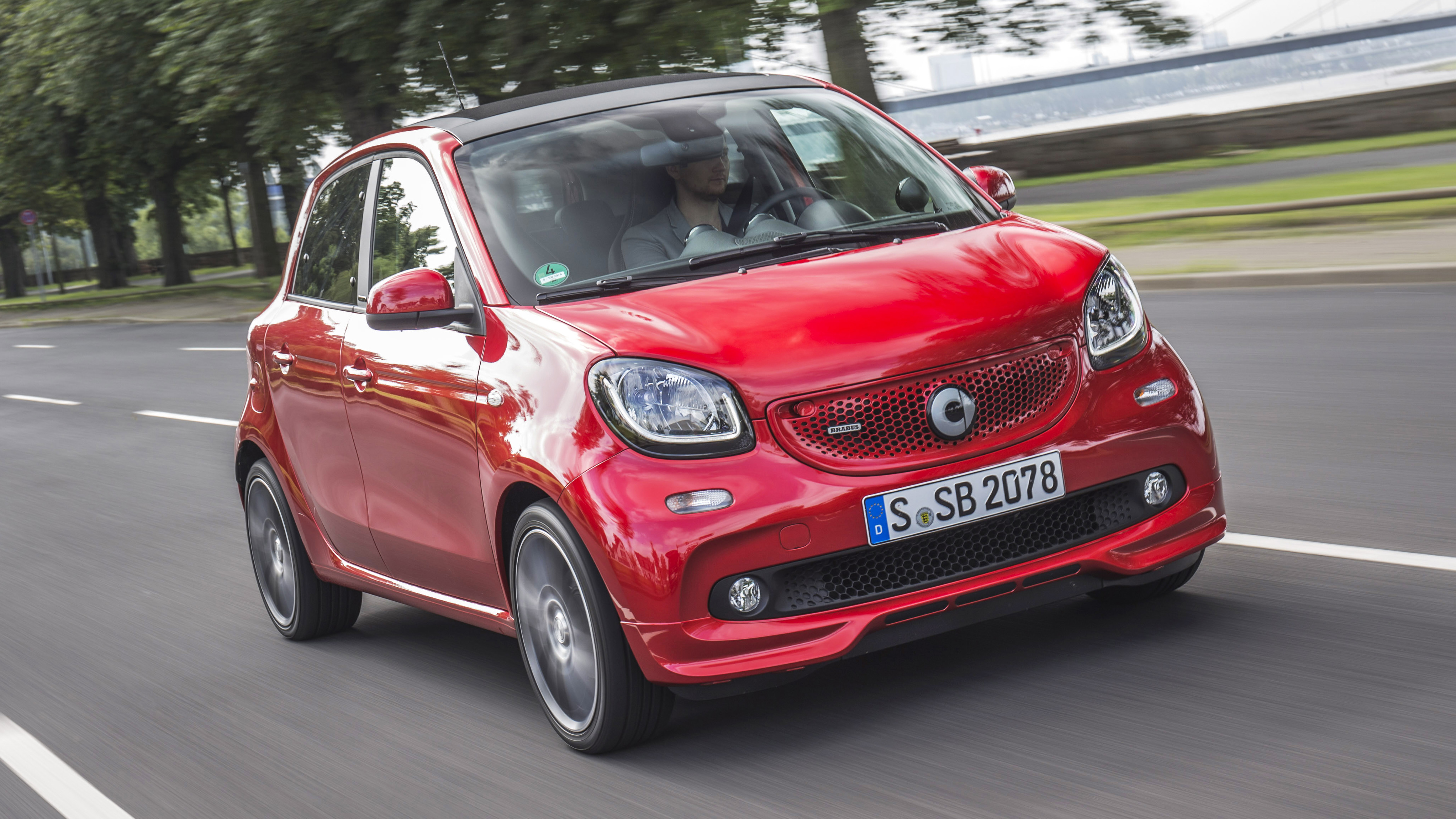 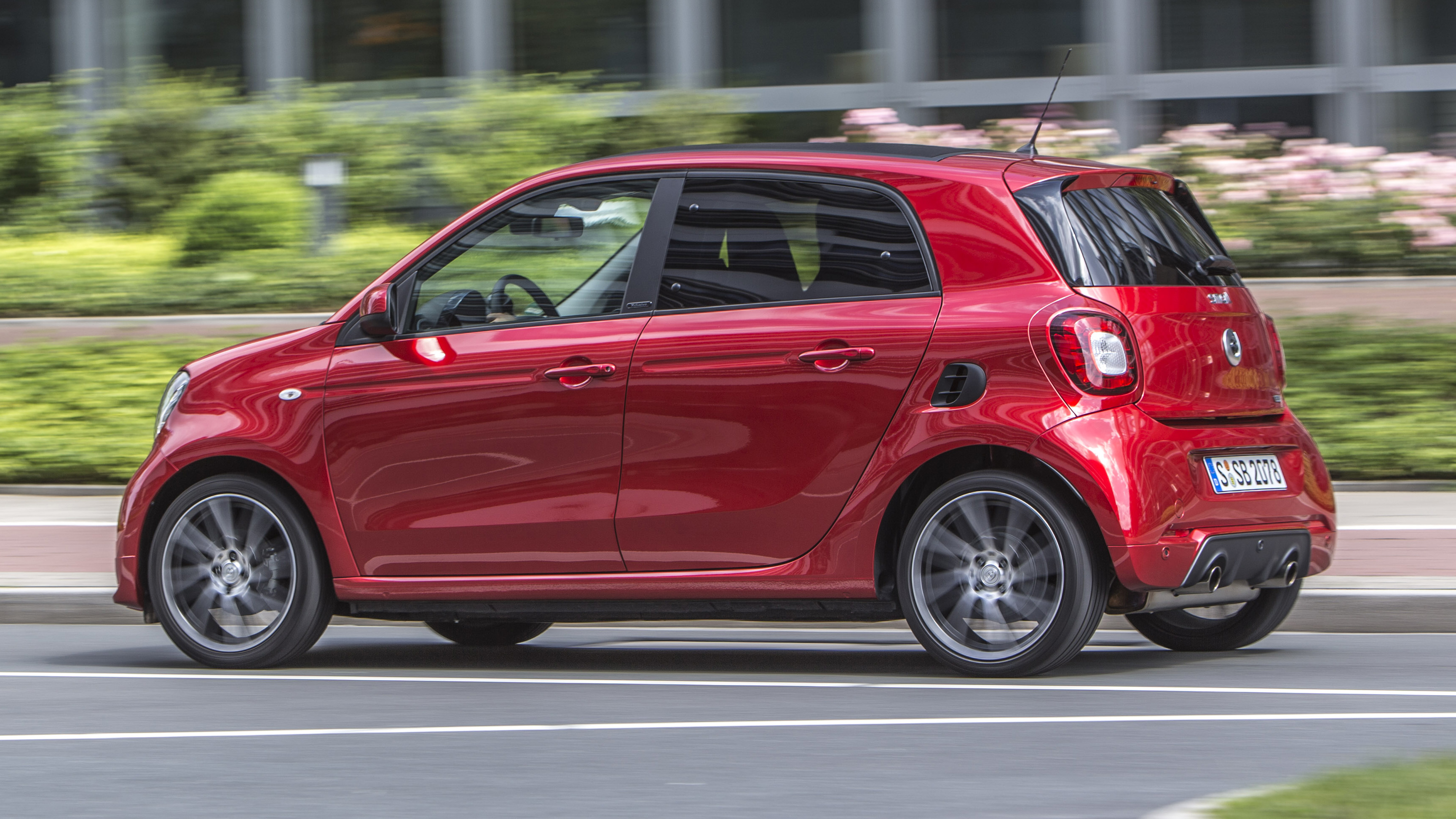 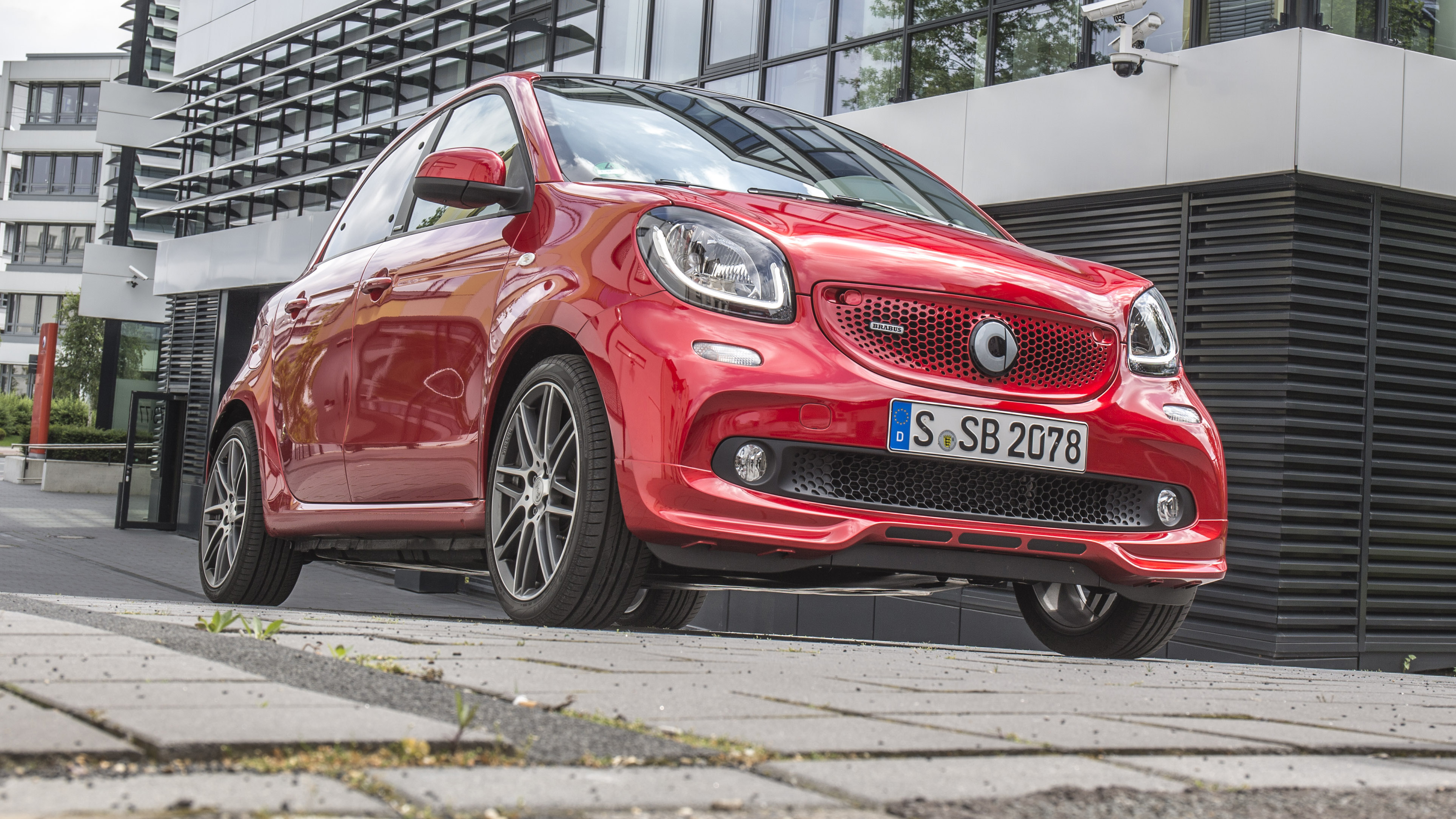 It's a Smart Forfour Brabus.

Right again, though Smart has had a relationship with the brand since 2002, favouring it over AMG as a 'better fit' according to officials, who reckon Brabus stands for individualisation as much as it does high performance.

Is that a roundabout way of saying this Smart isn't fast?

Kind of, though as the Smart's natural habitat is a city, the Brabus version needs to be merely a little nippier than standard rather than something you'd consider taking to a trackday.

There's a modestly tweaked version of the same three-cylinder turbo engine found in the regular Smart. Outputs are now a mighty 107bhp and 125lb ft, some 20bhp and 25lb ft higher than the most powerful non-Brabus Forfour.

Oddly, buyers of the Brabus can't have a manual gearbox, though the six-speed auto (a gazillion times better than that of the previous generation Smart, if you ever had the displeasure of operating its transmission) has been modified.

Smart claims it's 40 per cent more responsive than standard, the gearing is lower and it features a new - and easy to use - launch control system, called Race Start. 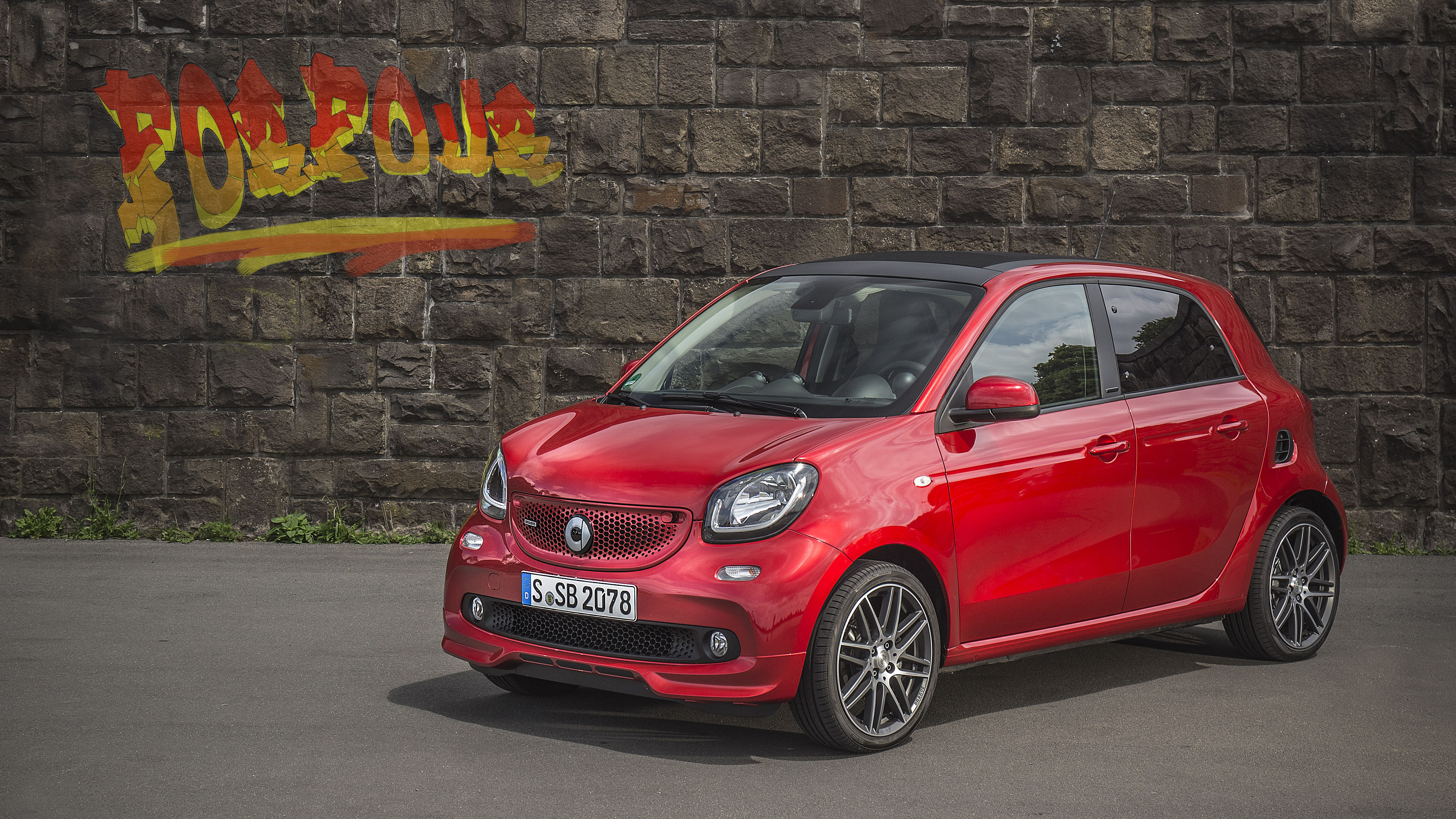 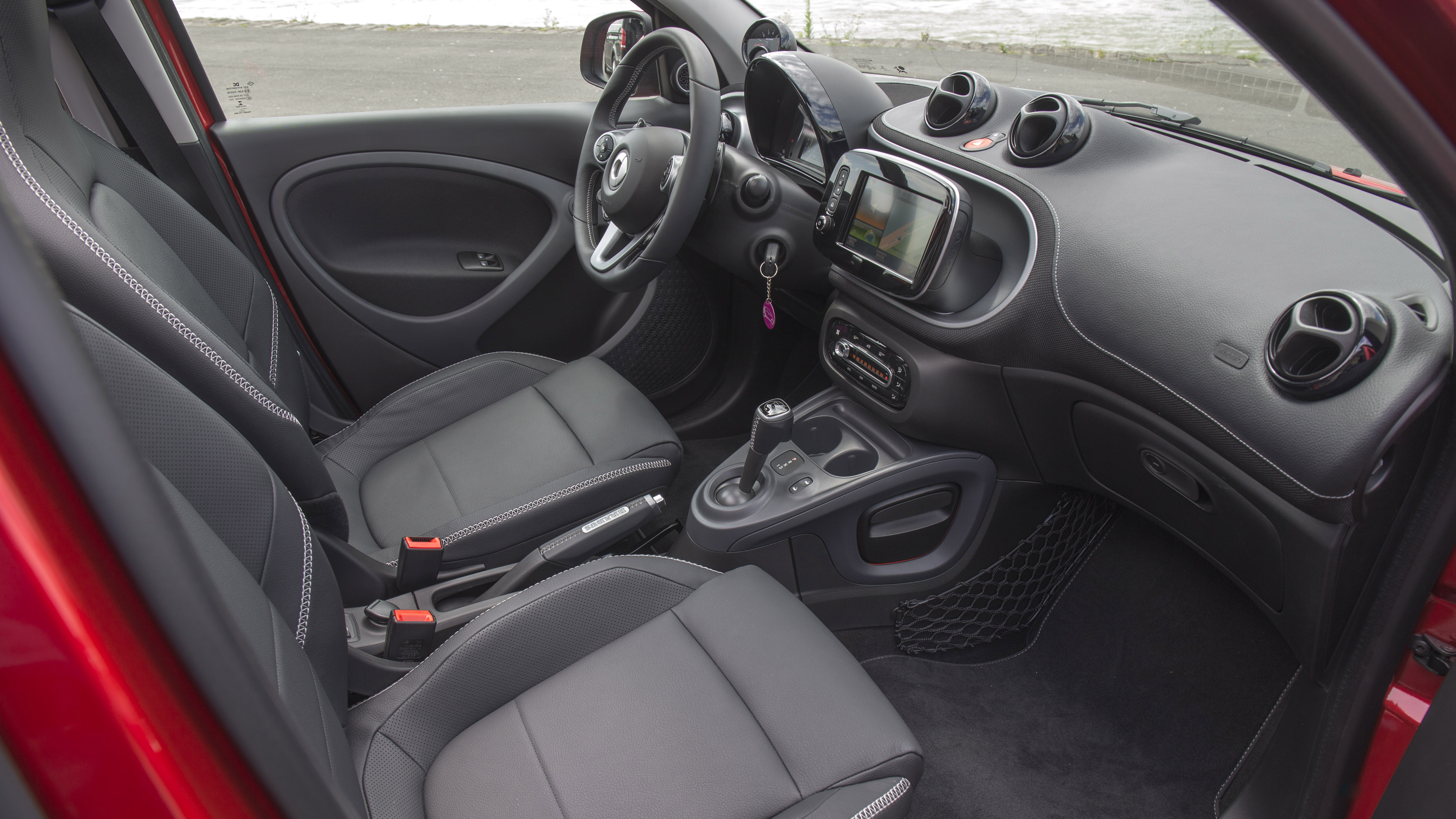 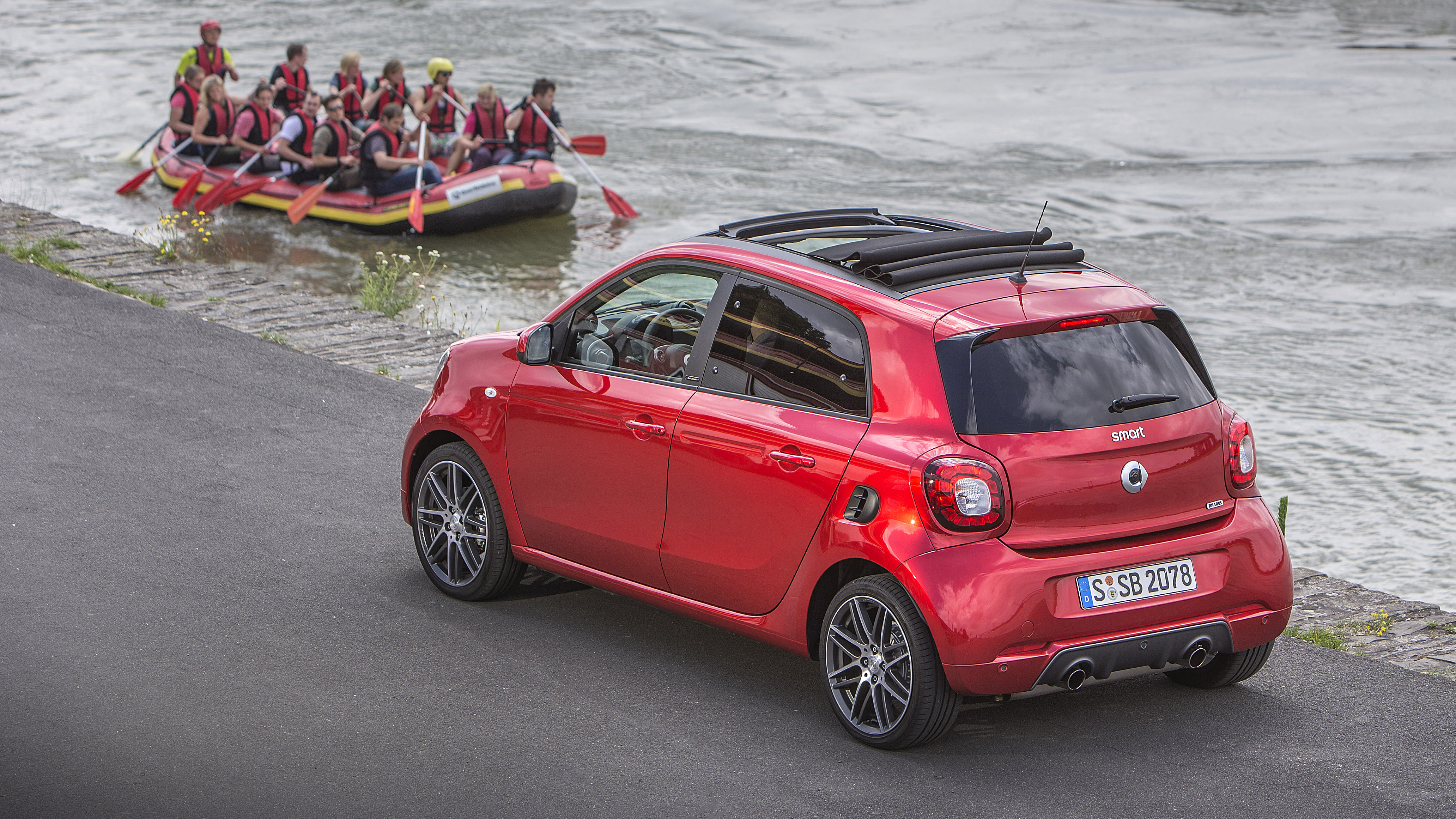 We say it's smooth in operation, but a long way away from what we'd call 'responsive'. And there's little incentive to take over control of the gear changing for yourself using the plastic paddles or, for that matter, to deploy Race Start.

There is a sports exhaust system, with meatier looking pipes nestling in a dinky diffuser-like insert in the rear bumper, but other than making a distant rumble at low revs, it doesn't seem to do much. That's great on a motorway run, where the Forfour proves to be comfortable and stable on the motorway, but surely this car needs to make a little noise to live up to the big wheels and sporty accoutrements?

In the smaller, Fortwo Brabus it's distinctly louder, maybe because you're physically much closer to it.

Ah, so we can have a Smart Brabus Forlessthanfour too?

Yes, both the Fortwo 'coupe' and the Cabrio model can be had in Brabus specification and, somewhat surprisingly, they feel far more entertaining to drive than the Forfour. That's partly to do with the tyre-to-car size ratio, but also because the smaller version is nearly 100kg lighter. Both versions use mixed Yokohama tyre sizes sitting on tasty 17-inch Brabus rims. Holding them in place, with a 10mm drop in ride height, are stiffer springs and dampers and a front anti-roll bar, while Smart's engineers have reprogrammed the ESP stability control and the power steering.

It's not bad, but the chassis mods haven't turned the Smart into a hot hatch overnight. The steering is still woefully short on feedback and you'll know when you've approached the limits of grip only when you hear the tyres squeal, but body roll is kept neatly in check and the Brabus model can undoubtedly corner quicker than its lesser siblings. Though drive is to the rear wheels, you'd never guess it, and the ESP cuts in before you can truly explore the car's abilities. This is all fine for a car that'll rarely leave the city.

This may raise eyebrows, for the wrong reason. Prices will start at about £17,000 for the Fortwo Brabus, making the Forfour more expensive than an entry-level Ford Fiesta ST. But if you care more about the looks than the added oily bits, then Smart UK already has a range of Brabus accessories for its line-up...