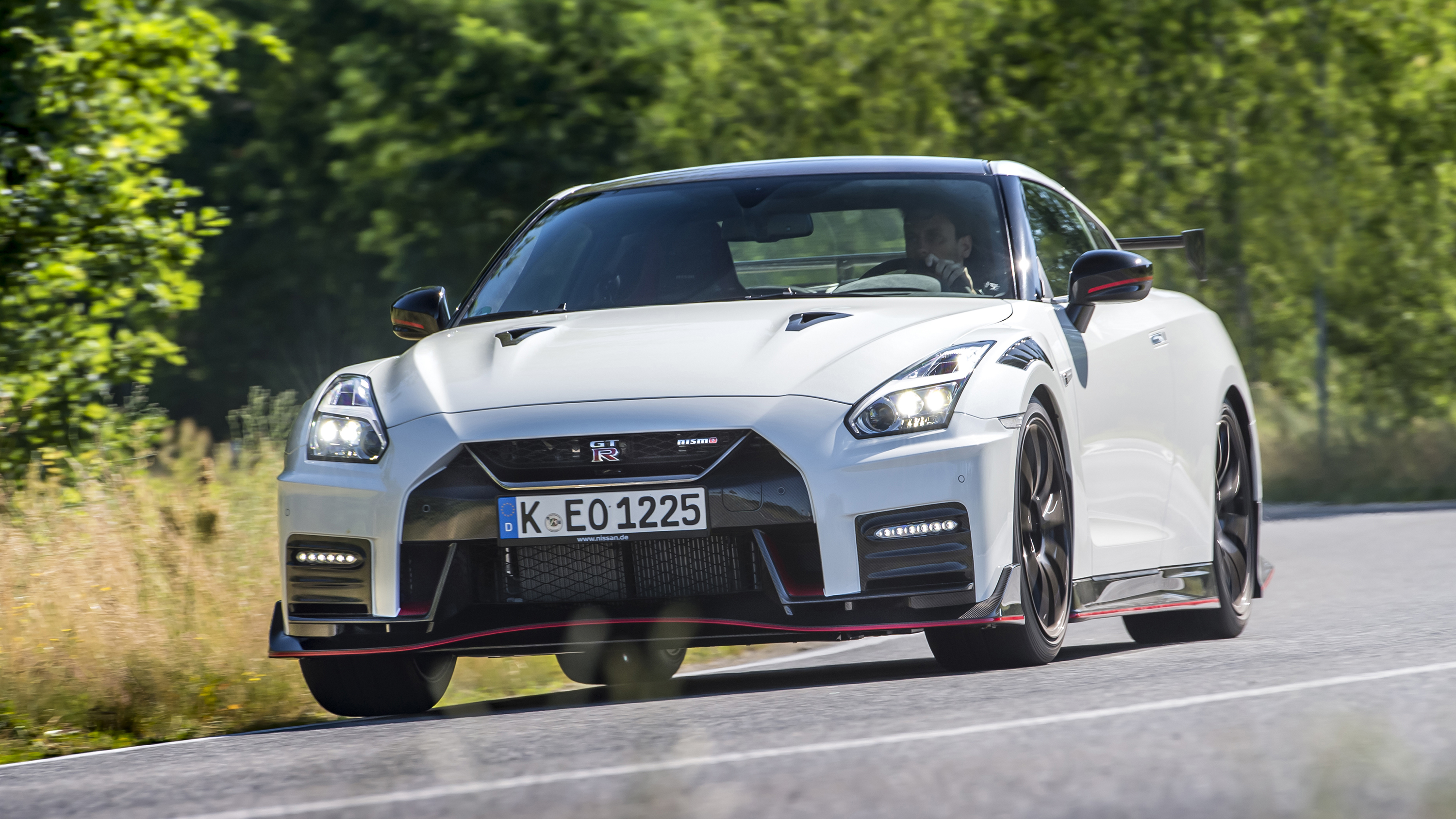 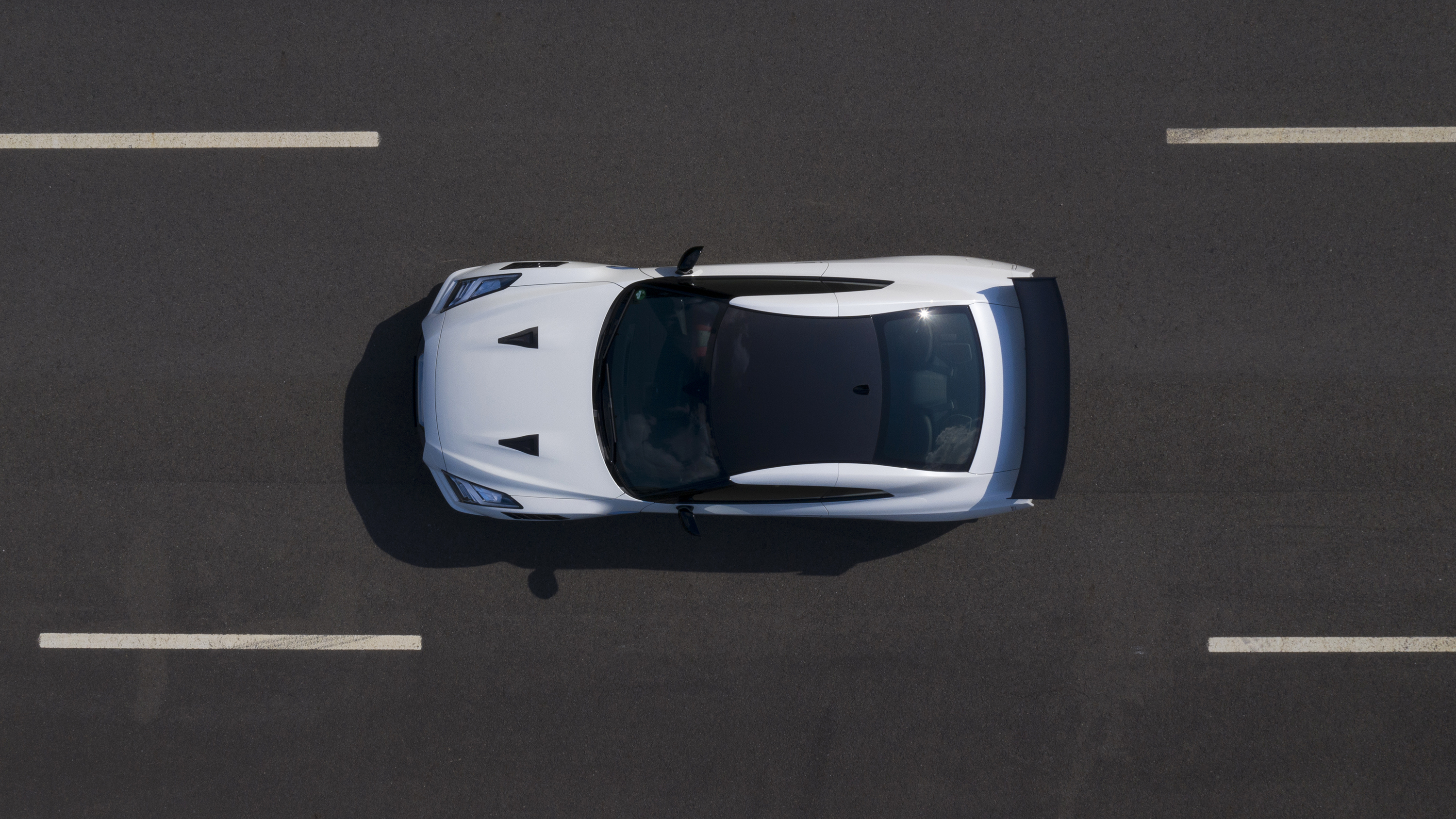 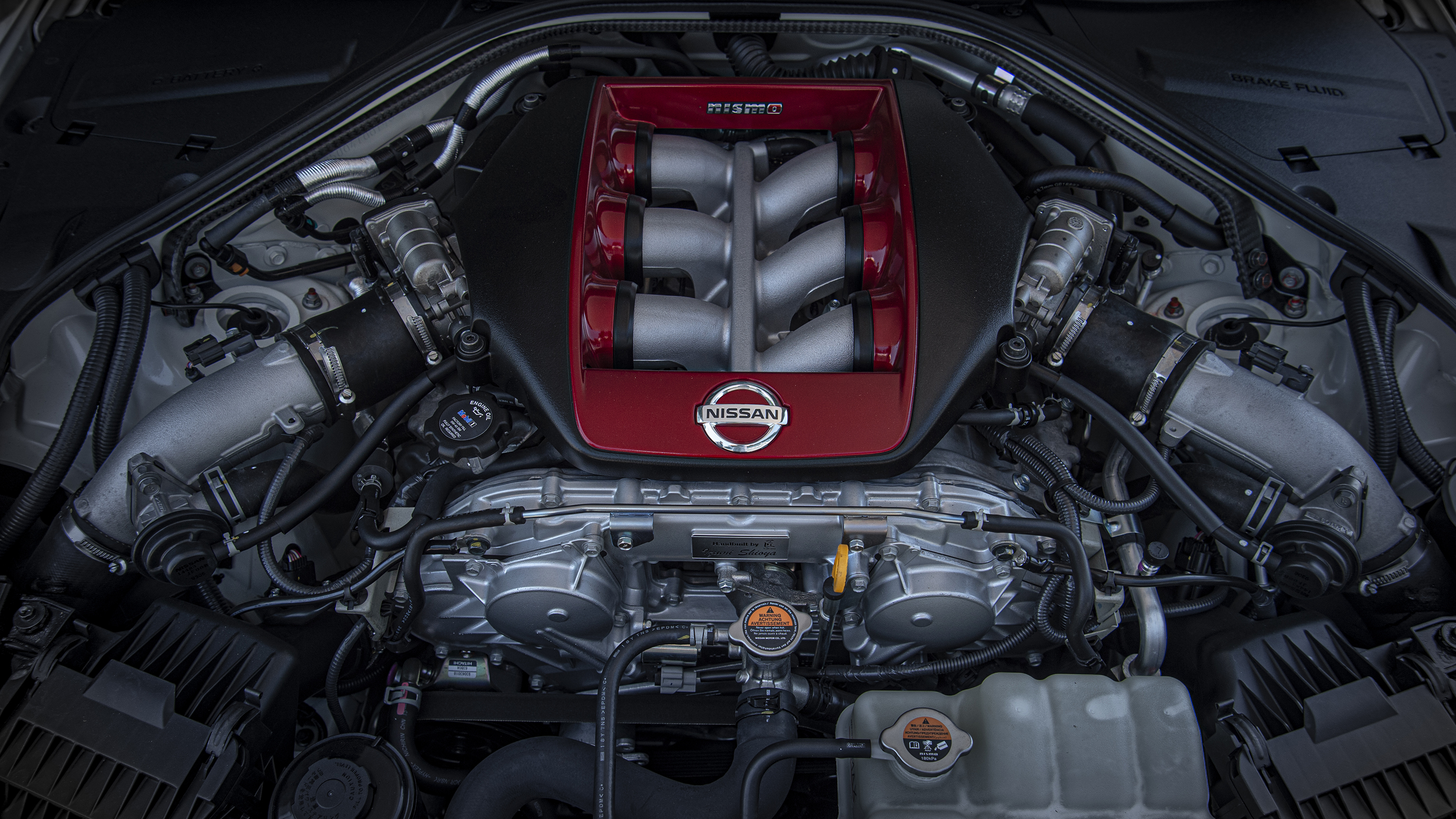 It’s a monstrous looking thing, isn’t it? This is the Nissan GT-R Nismo, and it may be among the last GT-Rs to roll officially out of the factory. Perhaps the last.

That ought not to be a colossal surprise; the R35 GT-R has been on sale for 13 years now. Sure, Nissan updates it regularly, a series of model-year refreshes having eked up power, added tech and softened off the suspension to make GT-Rs sold in 2021 much better all-rounders than those which arrived fresh in 2008. But the core product can’t help but look and feel a weeny bit old-hat when the Porsche 911 has been through three generations in those 13 years. And the Ferrari F430 has been replaced by the 458, 488 and F8 Tributo…

Perhaps not before, but this Nismo – the third GT-R to wear such a badge – really does stray into such territory. Not least because it costs £180,000. Which is a 488 with barely more than delivery miles, or a new 911 Turbo S with every option going. And that’s before we’ve explored the option of a bargain second-hand R35 with some Litchfield tuning lobbed at it.

How on earth does it justify a £100k hike over standard?

In bald stats, it produces 30bhp more and weighs 30 kilos less – the key figures 592bhp and 1,703kg – but the full story is considerably geekier. Mad carbon slashes on the wings throw a load more downforce on the front axle. Those 20in forged RAYS wheels house carbon-ceramic brakes.

The bonnet, roof and boot lid (among other panels) are all carbon fibre. The Bilstein suspension has been tuned to cut what little slack there already was in a GT-R chassis. And the regular twin turbochargers of that venerable 3.8-litre V6 (codenamed VR38DETT, seeing as we’re geeking out) have been swapped for those used in the Nismo GT3 racecar, for quicker responses.

Oh, and the Dunlop tyre’s had its outer groove removed on the front wheels, to increase their contact patch by 11 per cent. Which I’m sure, on a warm, dry track, is of huge benefit.

Restrictions to stop the spread of you-know-what means we’ve got photos of the Nismo on its sunny German launch rather than in grimy, wintry Britain where I’ve just driven it. But for such a serious track machine, it performed far better than you might expect, so far from its comfort zone. Days later, I’m still buzzing.

The GT-R has an undeserved reputation of giving up its performance too easily. Rumours it ‘drives itself’ are merely that. Extracting a bit of straight-line pace from one isn’t tough, of course, but keeping that pace up through corners asks for levels of gumption a 911 Turbo never has. Especially when Nissan’s engineers are slickening the tyres in the pursuit of perfection.

It may be an astonishing amount of money now, but it delivers an appropriately astonishing experience. In fact, I can think of no other car below a 488 Pista or Mc600LT that delivers quite this level of drama at such modest speeds.

How’s it achieved that?

It does so via the sort of behaviour that’ll put many people off – particularly on frosty roads. It feels like a racecar on an out lap for the first 10 minutes of your journey, all clunking diffs and snatchy grip, and if you’ve any mechanical sympathy you’ll call up every fluid temperature reading its central screen can muster and get the thing fully warmed up before pushing any harder.

But burly and physical to drive it may be – thumping up and down even with the dampers are in Comfort, steering wheel writhing with the subtle surface changes of tree-lined roads – it’s the first time I’ve driven a GT-R and not felt like mass was its enemy. While its hardly shrunk into a lightweight, it no longer feels ‘sledgehammer to crack a nut’ on a tight back-road. It actually feels rather lithe.

The light, direct steering is truly delightful – one of the highlights of a car that’s hardly lacking them – and it gives you a fine idea of how much grip is up front. Which lets you concentrate appropriately on the back, which can be flighty when the road is moist and the ambient temperature low. Leave every mode in its softest and the traction control can snatch power away very crudely, but with cautiously loosened ESC this thing just flows fabulously. Its fair heap of turbo lag – the engine doesn’t truly light up until around 3,500rpm – means you can exit a corner perfectly serenely in a high gear. Or quite flamboyantly in a low one.

This is a finely balanced car where oversteer comes as a by-product of stern-faced cornering, not something you seek playfully like you might in a Pista. You barely have to correct the steering, the 4x4 drivetrain just clawing you forwards the whole time. It’s exhilarating and truly addictive.

The GT-R probably catalysed the whole ‘too fast for the road’ performance car onslaught, giving Porsche a kick up the bum we didn’t know it needed when Nissan shook up the establishment all those years ago. But the fact its updates and improvements since have all been incremental mean it now sits at the other end of the spectrum, one of the few cars in this echelon of performance that actually feels fast and dramatic at quite pedestrian speeds.

So sure, there’s a heap of lag, but it only serves to ramp up the drama when those turbos do light up. The GT-R’s rough edges and gruff nature might objectively leave it lagging behind whatever McLaren is up to this month, but they imbue it with something you can actually get stuck into on the road.

Surely it’s knocking on a bit in some areas.

Sections of the interior may be lagging behind, but in Nismo trim you get reams of Alcantara and a pair of superb carbon-backed Recaros to lift the mood. The six-speed DCT gearbox is perhaps the biggest giveaway of the GT-Rs advancing years; its shifts feel a little ponderous by 2021 standards and the number of times I grabbed for a phantom seventh gear became embarrassing. But that does also betray just how delightfully short the ratios here are. You can use a fair chunk of second, third and fourth gear on the road without stomach-churning speeds appearing on its dot-matrix digital speedo.

Think of the Nismo GT-R as a sparring partner. It’s on your side, but willing to jab you in the ribs to keep you alert. It doesn’t envelop you in a warm embrace of friendly grip and flattering electronics like that F8 or 911 will, but that’s not to say you’re left floundering. You have to work for its performance and tell the car you’re up for it by sticking it into its meaner modes.

But even when driven moderately, its unrelenting ride and the way its massive spoiler cleanly bisects your rear view mean you’ll never forget just how focused it is. Or, in cruder terms, that it’s full of motorsport components and thus costs a shocking amount of money. If this is where the R35 GT-R story concludes, it’s a heck of a final chapter. 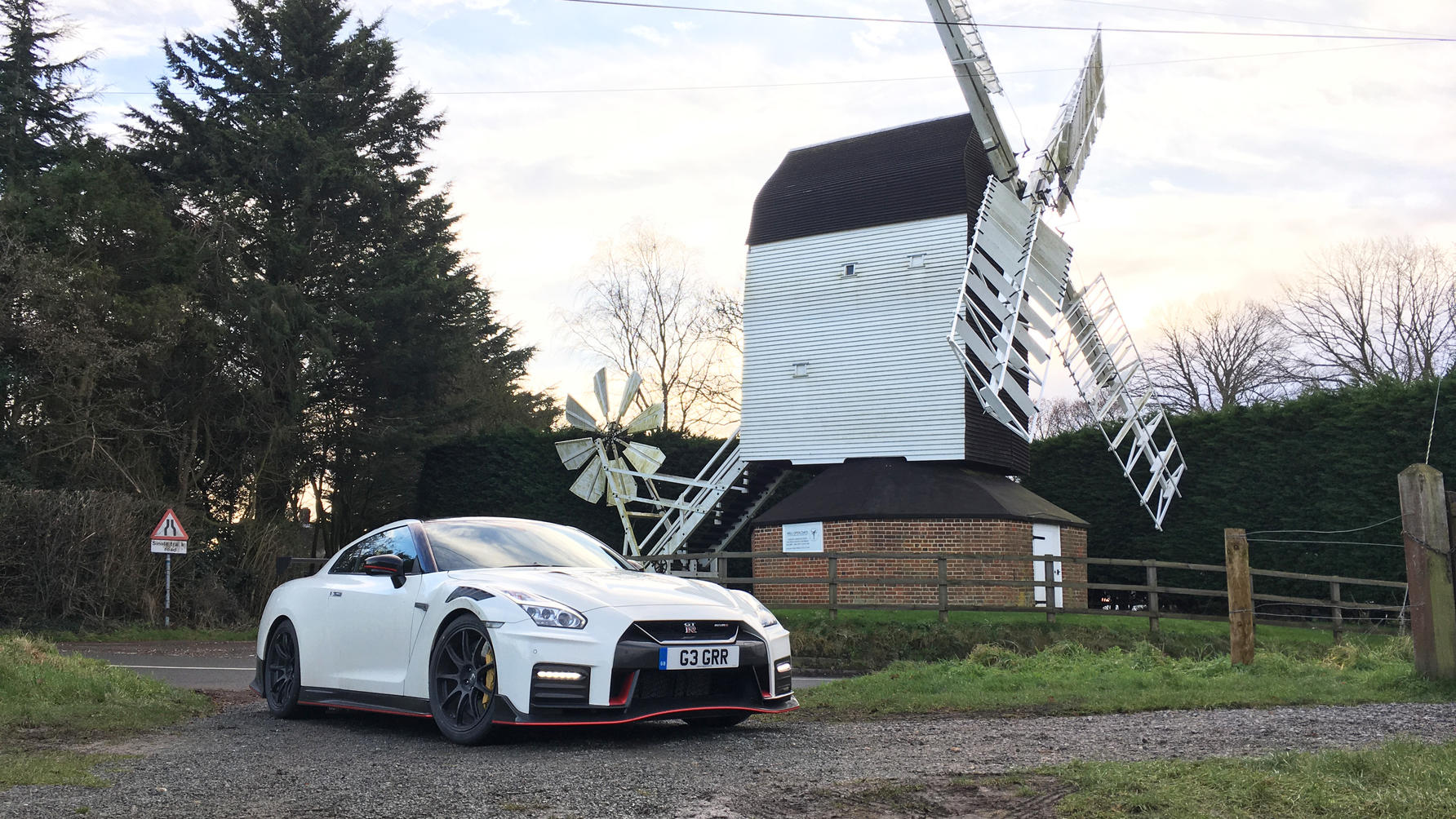