£38,545 when new
Read why you can trust our independent reviews 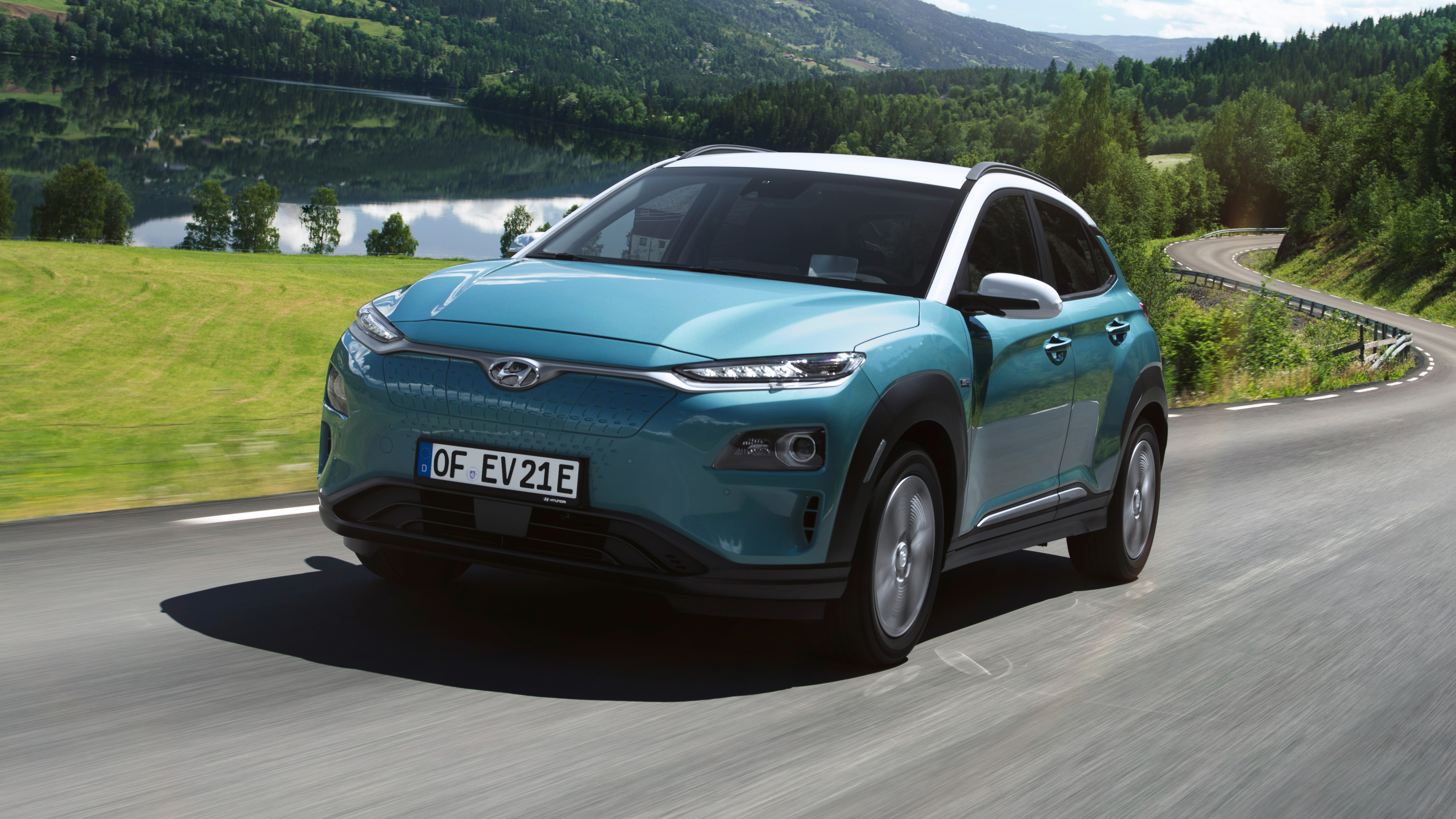 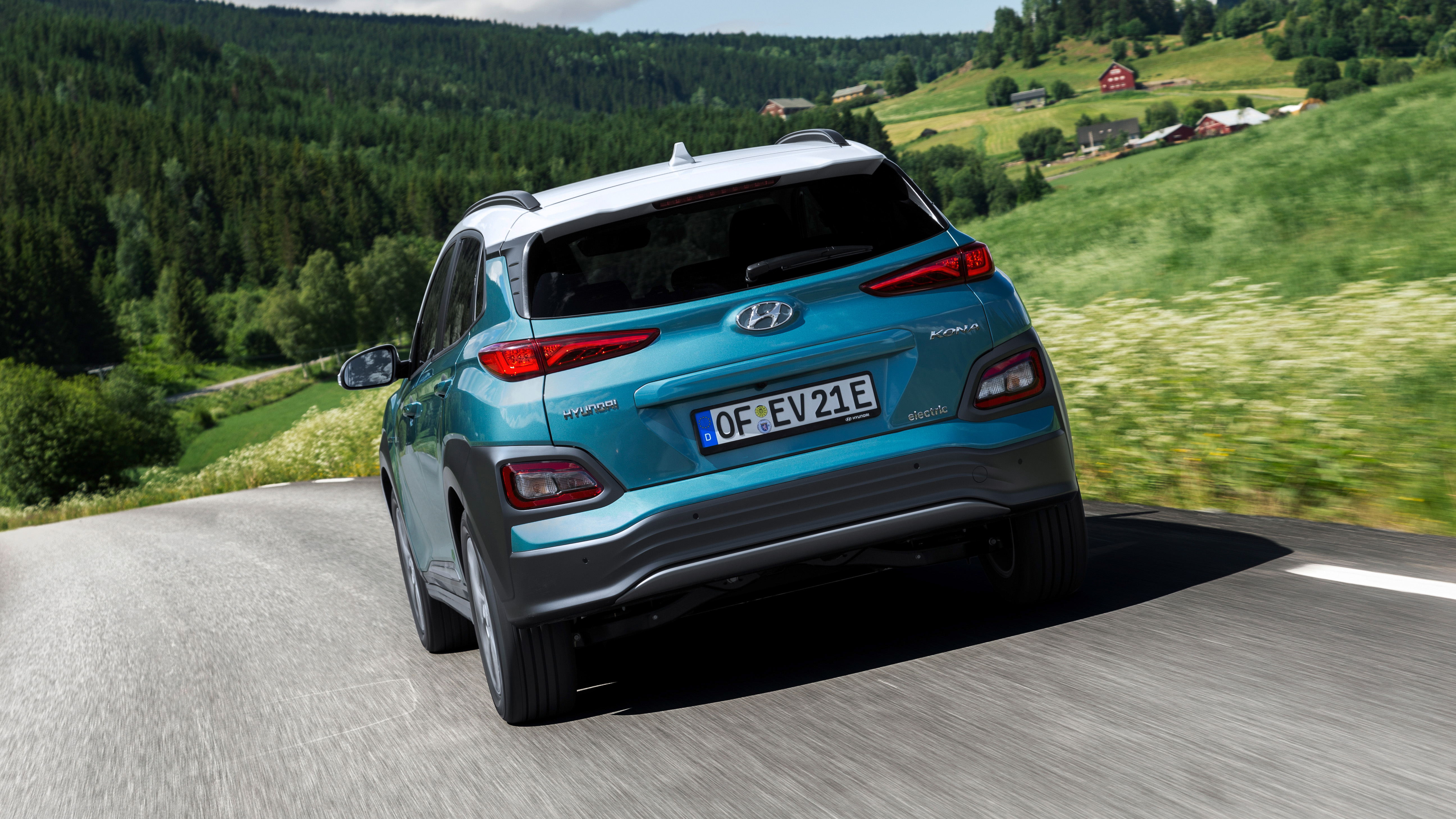 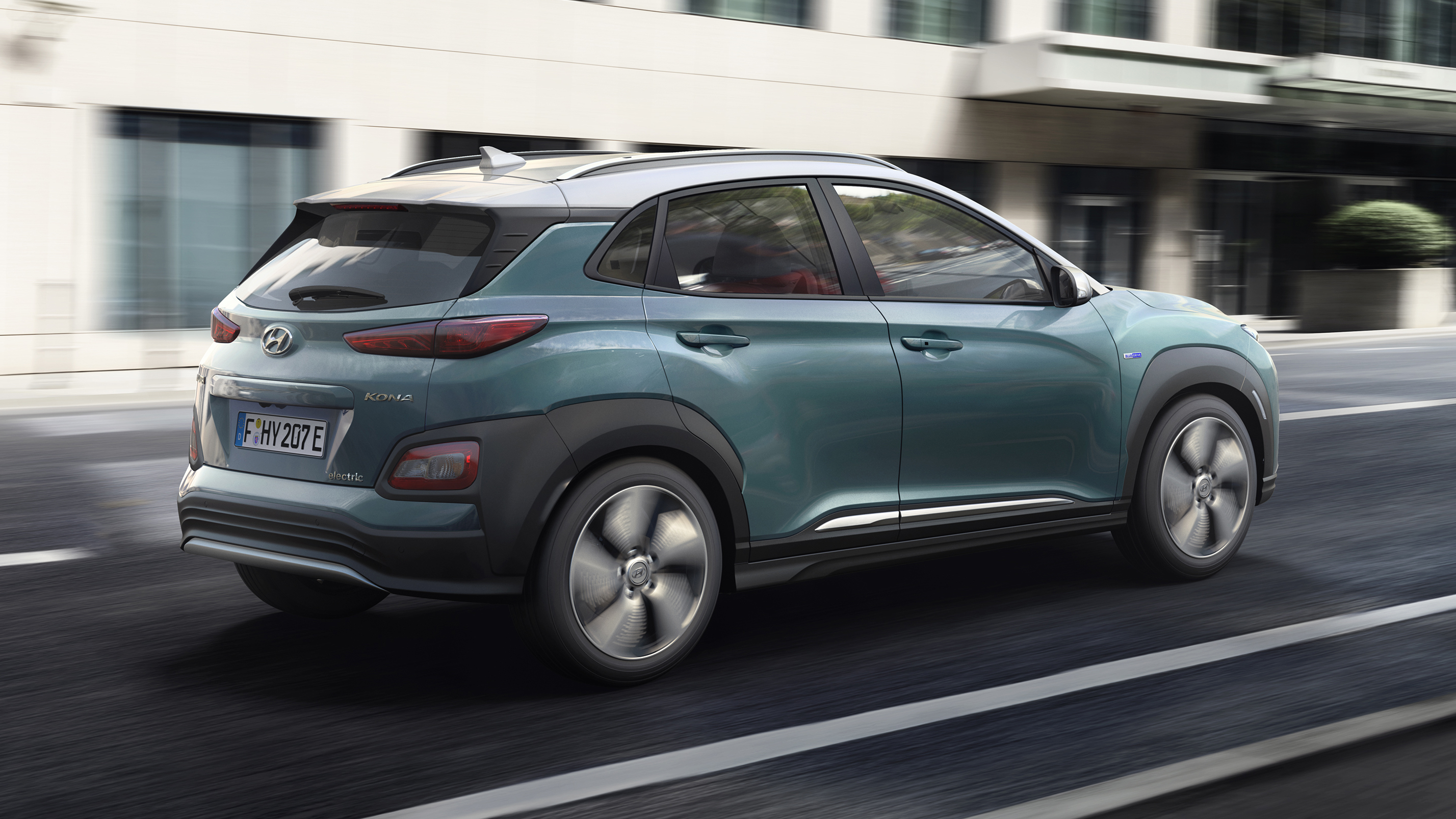 We get it, everyone has to have an EV in the range or the world will explode...

Yes. No. Probably. But this feels a bit different, and will take just a little bit of time to explain. Bear with me, I’m not about to start banging on about disenfranchised penguins or depressed rare newts. This is Hyundai’s take on a useable, useful pure BEV (battery electric vehicle) called, unsurprisingly, the Kona Electric. It comes in two flavours, both essentially the same apart from the battery pack. Version one is ‘standard range’ and comes equipped with a 39.2kWh set of cells, 186-mile range, 136bhp/291lb ft and a list price of under £25k once you’ve dragged in the £4,500 UK government grant.

The one we have here is the ‘long-range’ battery pack: 64kWh, 300+mile range, 204bhp, 291lb ft of torque and a sub-£30k pricetag with the grant in place. That’s a very decent range for under thirty grand, mainly because you’d usually be looking at spending 60+ on a Jag I-Pace or Tesla to be able to go that far in one go on electricity alone. This is a good thing.

But that’s not what it’ll do in the real-world, right? It’s all a bit of ‘perfect conditions’ trickery?

Not quite. One, I drove this car for 200+ miles and it still said it had 125 miles left in it. Probably because we were in EV-charming conditions in Norway, but more likely because this car is tested against the newer Worldwide Harmonised Light Vehicle Test Procedure (WLTP) - calculated on real driving data - rather than the old lab test ‘theoretical driving’ of the New European Driving Cycle (NEDC) - which takes into account the efficiencies of alternative drivetrains. The same sort of drivetrains that were less common than a dayglo legwarmer back when the NEDC was first conceived in the ‘80s.

But you still have to charge it. And that’s a massive hassle.

Is it? Really? How often do you do 300+ miles and not stop? Usually you’d return home where the Kona EV will charge up in about 9.5hrs on a standard home arrangement (ie, overnight), and if you’re out and about a decent fast charger will see 80 per cent of full in well under an hour (so roughly 240-miles of range in 54mins). With the current virus-quality proliferation of charge points across the UK, this is starting to be one of those tipping point moments when excuses to dismiss the BEV get thin on the ground. Yes, there will inevitably be some getting used to be done, and horror stories about charge points being unavailable, but in reality this is a relatively cheap, eminently useable EV. My usage pattern consists of regular 200-mile roundtrips to airports (where leaving it on a charge point for a week is probably rude), and this car wouldn’t need a hop-up...

Give us something. It handles like a tank, right?

Nope. Standstill to 62 takes 7.6 seconds, the same as a Toyota GT86 stats fans, and while it’s not rabid, it’s punchy enough. It’ll cruise at 70mph easily, though acceleration does tail off a little, and it’s a bit noisy around the rear wheelarches, but that’s probably because there’s so little other noise to distract. The 104mph top speed is a bit of a moot point. It’s got several modes, all of which play with the way the car delivers - and you can work them out pretty quickly. Eco shuts down the aircon, mutes the throttle response and seriously increases potential range, Sport does the opposite. Although it doesn’t make the air con any colder, that would be weird.

Yes, you can feel the 1.7-ish tonne mass, but the weight is held low and well controlled. There’s a multilink suspension set up that’s a little firm in places, but it feels grown up, and perfectly capable. And although it’s not exactly the last word in precision from a steering point of view, it’s by no means bad, just a tad bland. Don’t forget, you’re not buying this as a sports car, so if you sit back and relax, it’s quite the thing.

The challenging looks certainly won’t be for everyone. The rear has many, many angles going on, the wheels look like they’re made of plastic and the interior is functional rather than special. It’s also not AWD, even if it looks like it might be. But it’ll seat five (the back isn’t the biggest place to be, mind), and there’s a decent-enough boot. And no, £30k for a funny-looking Hyundai still isn’t exactly beans. But it’s very hard to overlook how useable this is for the money, and you don’t need to feel like a risky early-adopter. It’s ‘just a car’ - which is a compliment.

Yes, and plenty of it. This top-spec long range gets a head-up display, 7-inch ‘supervision cluster’, 8-inch LCD nav and cameras, Apple CarPlay and Android Auto, a bigger Krell audio system, power/heat/cool leather front seats and a heated steering wheel, LED headlamps and smart regenerative braking. There’s also a brain-hurting list of safety kit, including: airbags everywhere, smart cruise and Stop&Go, forward collision avoidance assist, pedestrian detection, lane-keep, follow-assist, blind spot monitors, rear cross-traffic warning, intelligent speed limit warning and high-beam assistant. The lane-keep assist is particularly good - sitting smack bang in the middle of the lane instead of ping-ponging between the lines, but some of the other warnings are a bit annoying. Probably right up to the point they prevent you actually having a crash.

You’re converted, aren’t you? And you’re a sucker for a twin-turbo V8...

My theory? Have this for boring commuting, save money and stress, keep a classic or interesting ICE-powered vehicle for highdays and holidays. The way I see it, cars like the Kona EV aren’t going to kill interesting cars - they’re going to save them.

Verdict: A proper tipping point BEV: genuine 300-mile (ish) range in a small SUV for under £30k. Consider it.